Wo, this one’s touchy. As we speak, rice may be smuggled in the country by the truckload and the country’s coffer being emptied by hoodlums dressed in lawmaker’s clothing (e.g., PDAF scam). Or worse, earthquake and calamities may horrify us. Despite all these outwardly depressing scenarios of every Juan’s interest, nothing fires up the imagination of Filipinos most than the prospect of celebrity scandals. 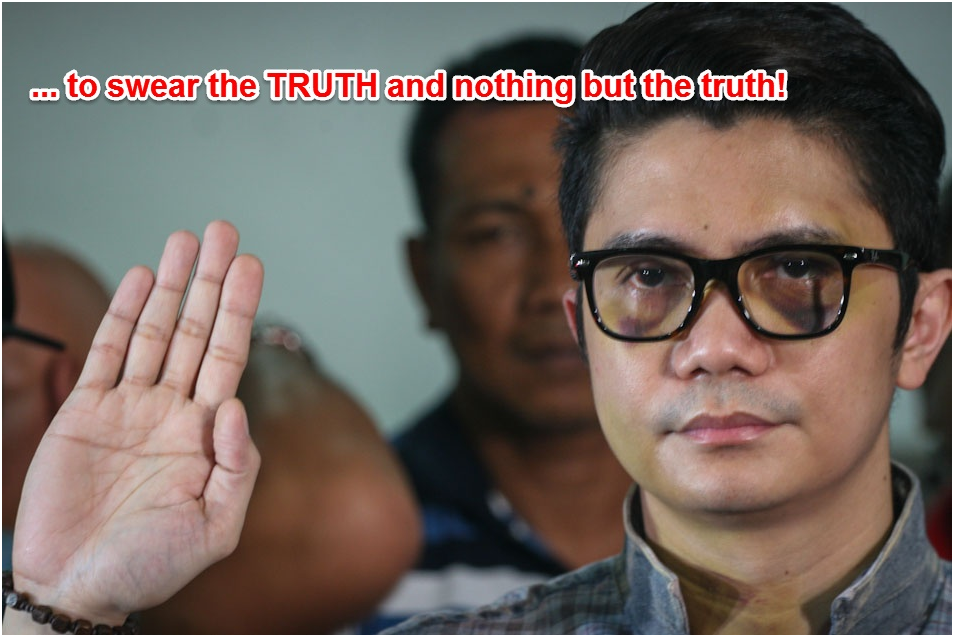 It’s a nightmare for the gods and goddesses of Philippine entertainment. True. When the lurid details of a scandal breaks out and becomes a ‘hot item’, Pinoy mouths open and nitpick – like water to a dried-up camel. With wanton abandon. Don’t get me wrong. In the land of the Pearl of the Orient, ‘tsismis’ is a fodder that travels faster than the speed of light. Specimen sample for 2014: The Vhong Navarro, Denice Cornejo scandal. Vantage.

So, hold your horses, gentlemen and ladies of the hour, here’s a Top 10 that will sure tickle your funny bone or get your adrenaline pumping all night: the Top 10 Celebrity Scandals of 2013.

BDW, this is a countdown and we’ve saved the best for last. 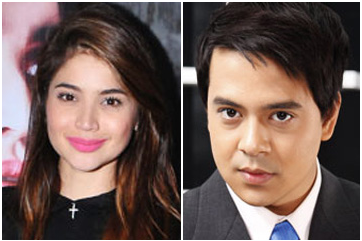 Let me kick-off with some sparks. Many men have her in their dreams, the wet and not so wet including. But you wouldn’t expect a slap and a series of barrages coming from this sex icon. Much more in public.

But that’s exactly what happened. This sex symbol, a mainstay in daily noon-time show with Vice Ganda at ABS, reportedly got drunk in a posh restaurant where she hosted a bachelorette party for a friend. Sadly, things started to boil when she encountered some problems in the comfort room where allegedly somebody “banged at her door”.

Irked she went on a rampage, slapping actor John Lloyd Cruz who was hanging out nearby while calling him an “addict” and subsequently shouting at Phoemela Baranda telling her “I can buy you, your friends and this club.”

So much for poise. Jake Cuenca, who was also present, is suspect, as many believe he may have banged Anne’s door.

Cooler heads have prevailed though. And things are back to normal after the sex kitten asked for forgiveness to everyone, once she got sober.

Everybody knows this story, presumably. As the details are out and it involves 3 ABS-CBN priced talents, a picture of love over friendship is apparent. Famous young star with an adoring “maamong mukha” and throngs and throngs of fans breaks up with her handsome Fil-Am love team who happens to be her first love. In the process of healing the wounds, she confides to a co-star in a show where she was the lead actress, giving lurid details of the failed relationship.

As things turn out, the co-star and her recently-separated loverboy became an item and eventually a relationship prompting famous actress to say, “Kinain lang n’ya ang kanyang sinabi” or something to that effect. They were a showbiz couple that were happily married for 13 years with 3 daughters to boot. Or so it seems. Chances are, young wife finally calls it quits, after unleashing on public allegations of womanizing and sexual abuse. They eventually became friends but not after going to court and officially separating. 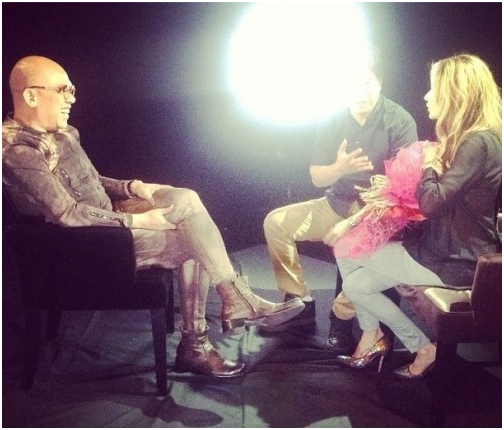 Thanks to the power of Instagram and Twitter, a Brazilian actress gives graphic hints to the public of her being a battered wife and shows off a scarred arm. Only to retract her statements on national TV saying that she’s fine with her hubby, who happens to be an outgoing congressman from Cagayan de Oro. Sounds fishy, right? In the heat of the relief efforts for Yolanda victims, veteran CNN anchor gets into a word war of sorts with another local TV personality of top calibre, a lady. Local anchor is caught defending the relief efforts rebutting the CNN anchor who criticizes the slow response of government operatives. As many people know, the head of DILG overseeing the operation is the local anchor’s hubby. Smells like a conflict of interest.

Days, after, rumors of lady anchor being suspended from her TV network abound, only to die a natural death. Sexy, beautiful actress gets a senator boyfriend. Looks like things are too good to be true. Not long afterwards, mother of sexy, beautiful star is on national TV, in tears, expressing her disgust over the allegedly “drunkard” senator who manipulated their daughter. Problem is the daughter’s already 28 years old. Senator, 40, has kids and is legally separated from wife.Surprisingly he still manages to win in the election – by a mile. In the middle of a very public family squabble involving equally-famous actress sisters, another actress sister gets her nude picture (in undies with right breast exposed) splashed all over the internet. The lady in question, currently separated from her comedian hubby, is a councilor who is rumored to be in a secret affair with the mayor. She goes on a denial but eventually owns up the photo and asks forgiveness to her kids.

Seems things are heating up. Let’s turn the temperature a bit more. 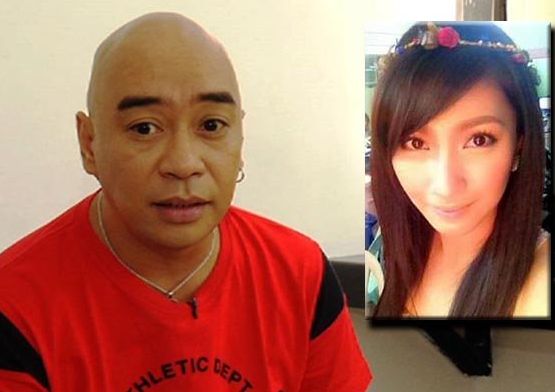 A comedian mainstay on GMA gets his lurid sex scene blasted all over the internet. Looks like he’s having a good time with allegedly a sexy dancer in his noon-time show. The bed scene quickly gather steam and soon the comedian is out of a job, though temporarily, as his network find the incident largely inappropriate.

Aftermath is, he’s out of luck, his eldest has to stop schooling (plans to apply in StarBucks) as one kid is undergoing chemotherapy treatment being infected with cancer. Needless to say, he’s feeling the pinch of all the humpin’ and pumpin’.

Thanks heavens, GMA gave the comedian a go-signal and today he’s back at Eat Bulaga, after 5 months of absence. 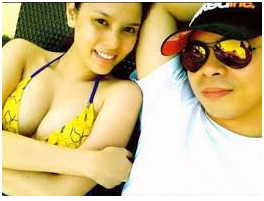 Famous rock star and his actress GF gets their sex video all over the internet. Initially, 3 videos were uploaded over the web each showing his sexual prowess over 3 distinct women but eventually only the video with his actress-GF remained as the rest were stripped down almost immediately. Actress is a talent of ABS-CBN and has been involved as in supporting roles in a handful of films.

However, rock star denies having a hand in the heist and admits that the hard drive of his computer that contained the sleazy flick has been stolen from his room. Incidentally, the incident shot the lady to internet fame, becoming one of the hottest search item in Google Philippines. 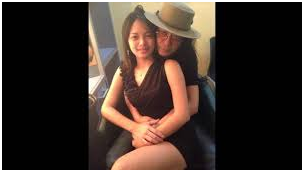 For its intensity and scope, this has got to be the most talked-about controversy in 2013. This involves a rock icon many grandfathers and fathers have identified with as his songs have become a staple in videoke bars (e.g., Anak, Magdalena) and anthems in political activism. It seems this fave rock star is to age in grace and simmer to oblivion. But he’s manage to pull off one final trick: getting a young lover. With kissing pictures splashed on the net.

However, he’s asked to put on the brakes as it turns out the girl is a minor and is below 18. It seems he’s done for as suits of child molestation and others left and right come flying from out of nowhere. Again he pulls a fast one: becoming a Muslim and marrying the love of his life. Muslims can marry minors. He’s 61, his wife’s just turned 16, younger than his daughter. No more court cases. End of story.

There you have it, folks. A feast of how super-knotty things can get for the beautiful, the bold and the loathsome. Well, we can’t totally blame all the media and paparazzi. Entertainers represent a surreal aspect of living, following directors and scripts, for instance to give any ‘Juan’ a lift from the daily grind. The money’s good, so is the price to pay. Problem is, many up-and-coming beautiful faces of today forget that and live in their own surreal worlds.

Gentlemen and ladies of the hour, please drop me some of your thoughts – if you anything comes up. Don’t worry, nothing’s too vain or too naive, as I always promise. And also, please do your share of spreading this little piece of info-tainment. Scientist’s may have our last word for today: “Fact is stranger than fiction.” Now, where did I last heard of that.