Come to think of it, deception is as old as the devil himself. For the most part, there may be nothing to cause us alarm on a large scale. But coming from a first-hand experience of staring panic eye to eye (i.e., a tsunami false call where thousands of people leave everything to run for their lives), I dare say some conspiracy theories are worth looking into deeply. Before you start to freeze in fear. 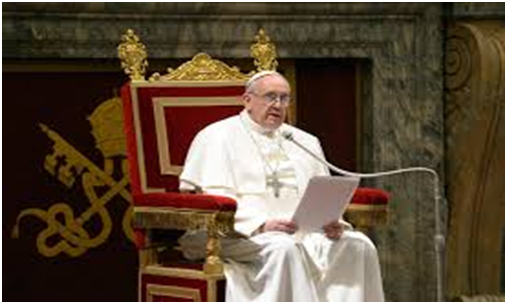 Call them insane. Call them improbable. Highly-unlikely. Call them any name you want. But bear in mind. Inspite of our huge technological strides, we are still far from becoming the true ‘masters of the universe’ or even of inside this 7,100+ islands archipelago. Lest we forget, the eerily-real recent flick ‘Gravity’. We’re still a tiny part of the large unknown abyss even with all our supercomputers, our Siri, our precise Google maps, our nuclear bombs. Reality bites, true: Anything can happen.

So, it’s with a certain pleasure that I give you, our avid readers (hopefully not rabid and biting) and glorious fans, something that if delved into could keep your coffee cups filled up to the late-nights, the most talked about conspiracies in the year that was – 2013. Read on:

This is a countdown to give a better feel of this A-list. Let’s start off with 2 conspiracy theories straight from the mouth of one of the most enigmatic senators of the country – and the youngest to date – the prisoner-turned-senator reformer Senator Sonny Trillanes IV. 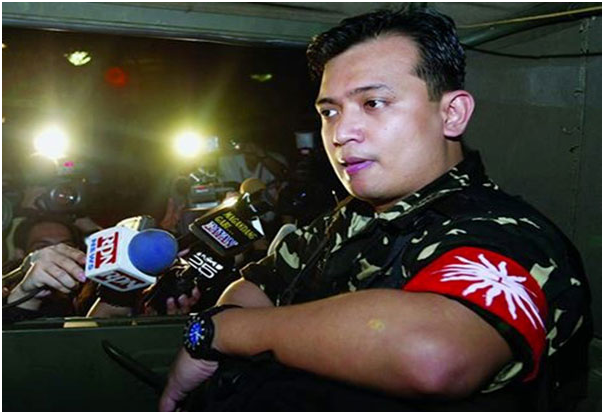 Using a PowerPoint presentation, the ‘palaban’ senator, instigator of the Oakwood mutiny and imprisoned for seven years for conspiring against the government, detailed a conspiracy that involved the Panatag/Scarborough shoal. The conspiracy sounds deep but the details are: Manny Pangilinan, top honcho of many companies – Smart and PLDT including, is in cahoots with Foreign Affairs Secretary Albert del Rosario to protect Recto bank. MVP’s Philex group which is into petroleum brokered a deal to explore Recto Bank for among all commodities, gas and oil. To note, Pangilinan also met and explored business with CNOOC or China National Offshore Oil Corp.

Allegedly, Del Rosario favored the MVP group to gain control of Recto Bank because he was once a board member of a handful of companies under the Pangilinan Group. The Panatag/Scarborough rift with China was just used as a smokescreen to divert attention from the shady deals happening with Recto Bank.

Charges has since been denied both by the MVP camp and the Secretary. 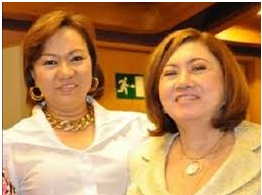 Another conspiracy by the young senator Trillanes, is regarding the recently accepted PDAF star witness socialite Ruby Tuason. The lawmaker alleges that Tuason is but a Trojan Horse placed to be muddle the case and slowly extract Enrile out of the quagmire. And put all the blame on Sen. Jinggoy Estrada.

To note, Trillanes has a much publicized falling out with the senile Senator Enrile. Trillanes cites Dennis Manalo, the lawyer of Tuason, as a partner of the Siguion-Reyna law firm, where Enrile used to practice law before. 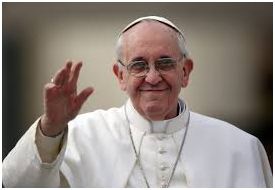 Don’t look now. But it’s true. We’re talking about a most endeared pope. The conspiracy theory may well come out of a Dan Brown book. And this became viral on Twitter. The allegations abound that the people’s pope is a member of Illuminati, that cult which played a major role in author Brown’s novels. All details match and point to this fact. The powerful group has moved heaven and hell to have Pope Francis elected. For an obvious reason: To take control of world affairs. Wicked.

It is said the Illuminati has infiltrated all major organizations, Hollywood and the Catholic Church including. The Zamboanga conflict that claimed the lives of over 100 MNLF combatants and a handful of soldiers is rumored to be influenced by the upcoming visit of President Barack Obama. U.S. Ambassador Harry Thomson has since debunked this conspiracy theory saying that although U.S. troops are training and advising their Philippine counterparts, they do not have an active role in a conflict that has been there for decades. Earthquakes are fearsome creatures and that’s an understatement. Yes, all that tremors is sure to take away all the remnants of sanity in a person. And that’s exactly what happened here.

After the recorded 7.2 earthquake in Bohol, the air was rife for speculations. And as soon as the PAGASA Director explained that big possibility of islands sinking after an earthquake, poor Boholanos. Overcome with fear, some of them left their homes behind and slept on boats for days. Of course, it was understandable as the rocker that passed them leveled churches and bridges like matchsticks. The sinking did happen but was very negligible, to say the least.

5. On Philippines being Top 5 in Miss Universe 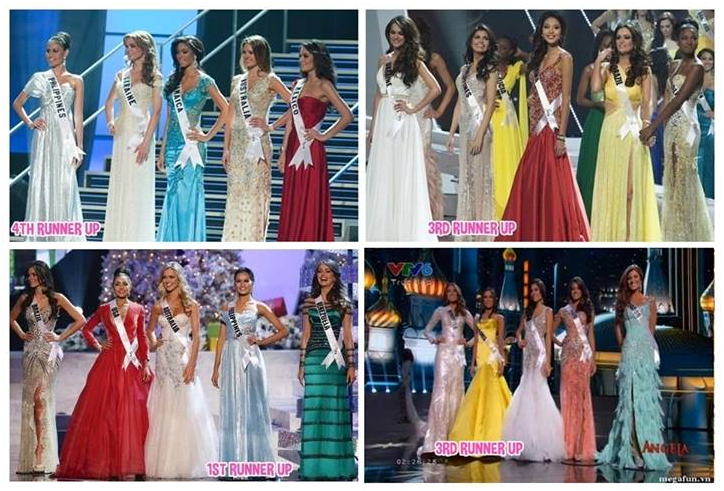 Conspiracy theories escape no one. And that includes the prestigious Miss Universe pageant. Yes, our very own Ariella Arida won the 4th place of the Top 5 in 2013. The creepy theory is that the call-out order of the Top 5 in the finals of the pageant seem to have the power to predestine our candidates. For Arida was called on 4th and she won the 4th place. Venus in her time was called on the 5th and won also the 5th place. And well, you may be wondering about Miriam Quiambao.

4. On Sultan Jamalul Kiram and the Sabah Debacle We all remember that portion in 2013 where our ‘kababayans’ in Sulu occupied parts of Lahad Datu in Sabah and claiming it as part of the Sulu Sultanate with its head as Sultan Jamalul Kiram. The move claimed many lives, mostly Filipinos and a handful Malaysians, as the Malaysian government suppressed the encroachment after 3 weeks of stand-off.

President Pnoy did not come to the rescue of Sultan Kiram. Instead, he theorized a conspiracy saying “The family of Sultan Jamalul Kiram could not possibly have settled on this course of action alone.” and looked unto former leaders during the Arroyo administration. On the other hand, Malaysian Prime Minister blamed the opposition in his country for instigating the incident. Both leaders were facing national elections at that time. 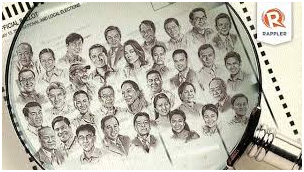 You either believe it or you can laugh at it with all your heart. In the aftermath of the May automated elections 2013, Ateneo’s Lex Muga, a math professor, decided to do some math that had many bewildered. He mapped out the election results and noticed an “interesting pattern”. All over the country, in most of the results, there were always 60% of the votes that went to Team Pnoy, 30% to rival UNA and 10% for independent. The interpretation launch almost immediately intense debates as to massive cheating. Other academicians joined in the fray. One very prominent is Dr. Purunggan, Dean for Science at New York University, saying otherwise.

2. On the Death of Paul Walker I find this rather absurd but let’s hear it out. The details: Paul Walker was not caught in an accident rather he was killed. It is said that Paul Walker together with his friend uncovered a conspiracy aimed at supplying victims of Typhoon Yolanda with a “prototype permanent birth control” mixed in the food supplied and various aid. To avert the actor from reporting the anomalies, his car was rigged with the brake set to malfunction in high speeds. 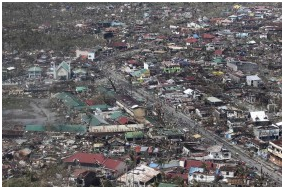 And I’ve saved the best for last. For a weather abnormality that killed thousands of lives in a day and displaced over 600,000 individuals, it’s a nightmare of national proportions. Scary enough to have people concoct all sorts of conspiracy theories.

The grand prize winner: The Category 5 storm, one of the strongest in its class, is allegedly caused by a microwave pulse. This was propelled no less than CNN and Dr. Michio Kaku of the Weather Channel. It is reported that a U.S. Air Force base, a satellite communications hub, is centered near the so-called microwave anomaly. Satellite records show a “heavy rotation” developing into a super-storm after the microwave beam.

Plausible? Check YouTube and see for yourself. The problem with the theory is creating artificial rain is close to impossible, how much more a super. So rebuts UP professor Mahar Lagmay.

Ok, folks. Hope that was liberating – albeit a little freakish. Please drop us a piece of your mind, should you feel anything’s not adding up. We welcome all comments however mundane or outlandish.

And if you please, join us in sharing this little info-tainment. Nothing beats the truth. Sad thing is we are bound to know just portions of it, human as we are. And like blind men examining a large elephant, we’ll never be able to come face to face with the absolute truth. Come conspiracy theories or not. As the saying goes, “The more we know, the more we know that we don’t know.”