10 Most Powerful Religious Figures in the Philippines

If power was an aphrodisiac, these “men of cloth” have them flowing like a river. Pardon the pun. But no kidding, from political kingmakers to political kingpins, these men shape the future of the Philippine motherland.

And they’re not done yet. These leaders have gathered the flock and are waiting for the right time to get their act together. You’ve seen them on TV, more often than you want perhaps. And their ideologies and beliefs may run counter to yours. But there’s no denying they have visited the halls of power – like a young Aristotle asking the Oracles of Delphi. The answer to their quest is anyone’s guess. 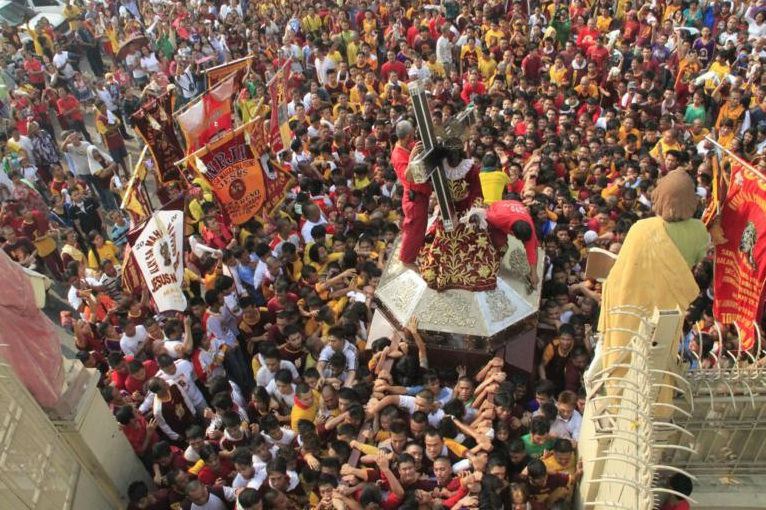 No offense but religion, or more specifically the twisted sort, has definitely shown its lethal dose in charismatic leaders like Koresh and in massacres like Jonestown.

Ladies and Gentlemen of the hour, fellow “Kababayans”, 10 of the most powerful religious figures in the Philippines today.

The official face of the Catholic faith in the Philippines was even propped forward to be a pope, being one of the voting cardinals. Young and dynamic, friendly and bright, the face of this Cardinal of the Archdiocese of Manila is found plastered on TV all-smiles with his trademark congeniality. He’s voice echoes that of the popular pope. In the only Christian country in this corner of the world, he has at his sway a very large flock, roughly 75.5 million to boot. His seat, to note, was once the seat of another powerful leader, the late Cardinal Sin, a known political kingmaker, if not kingbreaker. 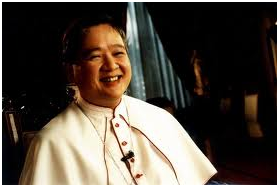 He’s been at it for years now, spreading the word of God in every aspect of life. A multi-awarded, best-selling author, entrepreneur, preacher and lay minister, his name has become a household word all throughout the country, founding religious communities, speaking on Radyo Veritas, appearing on TV – influencing millions of lives.

This charismatic El Shaddai founder, Brother Mike Velarde is said to be enjoying the command of 8 million loyal adherents worldwide. All of which are bound by faith to donate a tenth of their earnings. He’s come a long way from his first radio show since being healed from a heart ailment. Known as a political kingmaker, he has been accredited to be the clincher that propelled Mr. Fidel Ramos into the presidency in the 1992 elections. The same pattern is rumored to have prevailed with President Joseph Estrada, who allegedly paid off the preacher big time in a Php 1.22 billion on a project that has since been shelved. In 2009, El Shaddai inaugurated a1-billion peso House of Prayer. Top that.

Today, Mike Velarde is one of the richest preachers in the country with investments in real estate and a host of other businesses.

Now, now. Direct successor of the founding family of the rumored “block voting” INC (Iglesia ni Cristo), Eduardo is destined to greatness the moment he was born. Today Eduardo, eldest to the son of Felix Manalo, is the Executive Minister to a flock whose number could run as high as 10 million in rough estimates. His congregation has been noted to be highly-politicized. CNN reported that pro-Estrada demonstrators during the fall of Erap Estrada were INC followers. Everybody knows Bro. Eddie. The Jesus is Lord leader who aspired for no less than the presidency of the nation. Although he failed twice, his greatness has not diminished. For starters, he founded a political party still active today – Bangon Pilipinas. His son “Jon-jon” became mayor of Bocaue in 2004. Whilst another son, Joel Villanueva, used to be a CIBAC-party list congressman and holds the distinction as the fifth richest in the congress with net worth of Php 18.3 million. Joel’s currently the national head of TESDA. 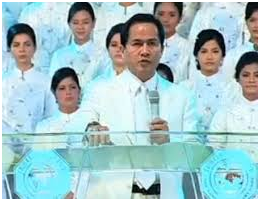 Here is another religious leader which has been courted by senators to presidents alike for his massive command on his flock of believers. For a self-proclaimed man of God, insinuating his being Christ’s heaven sent (if not Christ-equivalent), Pastor Apollo has flourished in time, purportedly owning his own radio and cable TV company. There’s no denying his leadership though with roughly 5 million adherents. Needless to say, he has become one of the major stops for politicians, Kris Aquino including. There’s a strong possibility you do not know this religious man. But that is only because you belong to the Christian majority. Aleem Said is the current chairman of the Imam Council of the Philippines, making him the shepherd of the whole Muslim believers in the nation. As a respected leader of ulamas, he has the admiration and patronage of many of this nation’s Mohammedan followers. 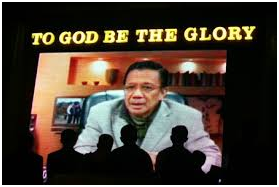 Eliseo Fernando Soriano or Bro. Eli, said to have founded his own Christian sect and known for his “Ang Dating Daan” TV shows, is one of the most charismatic religious leaders of today and has been emulated, admired by many. And for some envied. He has caught the ire of key enemies though, President Arroyo, INC followers and other religious sects including, for his style of preaching. For this and more, he has had his share of days in court. He attacks with fire and brimstone. A staple both in TV and radio, Bro. Eli has reaped many awards and enjoy a loyal following. 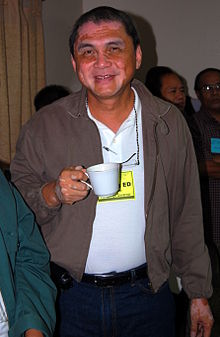 This is the religious leader, a Catholic priest, who broke from the Church’s fold to start a political career and pursue a noble goal. Working with the lahar victims for decades, Fr. Eddie Panlilio or “Among Ed” eventually got what he bargained for, winning the Pampanga governorship in May 2007 even when stripped of his priestly ministry. However, he was caught up in the politics as he was stripped of the office in 2010 in favor of his rival Lilia Pineda, a rumored illegal gambling protector, after Comelec recounted the votes. He was awarded “Filipino of the Year” by Philippine Daily Inquirer in 2007.

Well, for extremes, I could have included the powerful yet delusional Ruben Ecleo. He is a classic case. Imagine his throngs and throngs of his followers defended him to the death in Dinagat Island when he was arrested. More than a dozen died when a combination force of military and police swooped down on his lair. Today, he’s one on the run and is in the Most Wanted list.

Wo, hope that one’s a hit. But should it come short and leave a bad taste in the mouth, please give us a holler. Leave your thoughts in our comments section so we can check things out.

And if you please, help us in our little dissemination campaign. Share this bit of info-tainment. Martin Luther may have started the Protestant movement.