Deadliest Disasters in the Philippines

Disaster has become such a staple in the Philippine archipelago, many of our ‘kababayans’ have organized all their lives preempting one. A classic example: Yolanda and the island called Leyte.

With MacArthur fulfilling its promise on the island (and cemented there), Leyte has had its share in taking part in national history. And its biggest act ever, triggering a global outpouring of support, is Super typhoon Yolanda. Leyte residents, mostly Warays, are a hardy people, even their homes, a trophy for many generation of storms and weather imbalances, have outlived dozens of tempests. But not this time. The media and PAGASA (ironically a nomenclature of hope) voiced an impending disaster, but the writing on the wall seem hazy at best. And the rest is history.

It’s with a little bit of sorrow and pride that I present to you fine gentlemen and ladies of the hour, a countdown of the Top 10 worst disasters to grace our country since man learned to navigate a pen. Sorrow for the fallen and their families, pride in the fact that we’ve grown stronger as a nation each time. 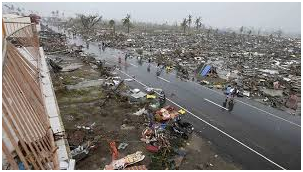 A gruesome turn of event as Typhoon Trix visits the Bicol region, flash floods and deadly landslides were unleashed. 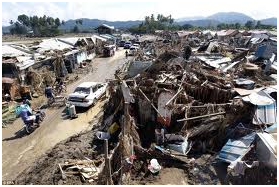 The Northern part of Mindanao gets battered by Typhoon Washi killing over a thousand residents. 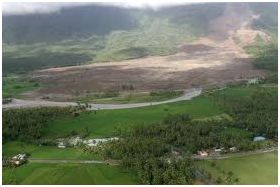 Mayon brings fire and brimstone to the far east side of the country burying Cagsawa, a nearby town. 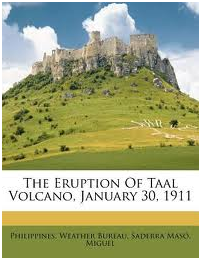 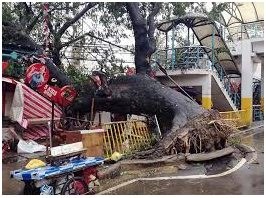 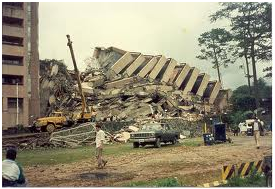 Baguio City in all its majesty including many areas of the northern Philippines gets walloped by a 7.8 magnitude earthquake killing over a thousand people. 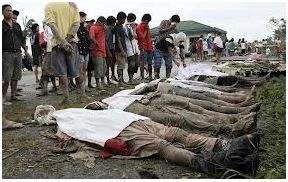 Typhoon Pablo ravages the main southern island of Mindanao bringing in cyclones never before experienced by residents leaving hundreds dead in its wake. 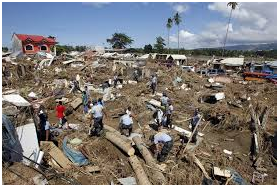 For our top spot, a tsunami. After a 7.9 earthquake, a tsunami hits Moro Gulf on southern Mindanao, wreaking havoc and leaving thousands dead.

For more of the nitty-gritty details, please look into here. I have not included the recent super typhoon as it could easily be a serious contender for the top spot.

Once again, folks, we’ve crossed the Rubicon and spun another Top 10. Hope that hit the bull’s eye. If it failed to hit the mark, and if anything comes up, do drop us a line or two in the comments section below.

And if you will, do join our little dissemination campaign. Share this info-tainment. Disasters may come and go, but the Filipino race will always bounce back, multiplying like grains of sand in the seashores of Lilo-an. To the PopCom’s (Population Commission) horror!

What doesn’t kill you makes you stronger, right?