Top 10 Unsolved Mysteries in the Philippines

You’re welcome to try. But word of warning: These are not just spur-of-the moment conundrums. The mysteries involved are so deep, they have not been unearthed – even up to today.

It may remind you of Steven Spielberg’s Schindler’s List or for that matter, the names of all the millions of Jews who were exterminated – gassed, hanged, shot, bludgeoned, tortured, poisoned, hacked to death. It’s a near impossible feat. You may dig and dig deeper. Closer to home and you’ve got Malaysian Flight MH 370. With all the nations looking, teams of experts dissecting, best TV anchors talking and all the resources the latest technology can offer (airplanes, helicopters, ships, satellites, black box), still it all boils down to nothing – but more questions. 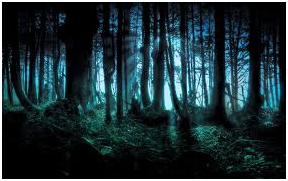 Without further ado, ladies and gentleman of the hour, a countdown of the top 10 unsolved mysteries that these Catholic nation has produced:

Move over Roswell, UFO sightings in more incident than one could very well prove aliens do exist. First stop. Actor-turned-holy-man Roy Alvarez. He detailed close encounters of the third kind in broad daylight and while asleep. Then a certain Tony Israel , 37 years old, from Las Piñas presented a video footage showing UFOs, only to be debunked by PAGASA.

But the story refuses to die down. The same Tony but now with 3 others, recounted in 2004 how they were witness to anan alien sighting, reddish-metallic glares in the sky. Again, in Las Piñas City, Mabolo St., Verdant Acres, Pamplona to be exact.

Rebuttal: A United Nations tasked to investigate the phenomenon team led by Dr. Jean Chu found no solid evidence of alien activities in 2000. So did the Philippine Weather Bureau.

9. The Case of Gil Perez – the Teleporting Soldier 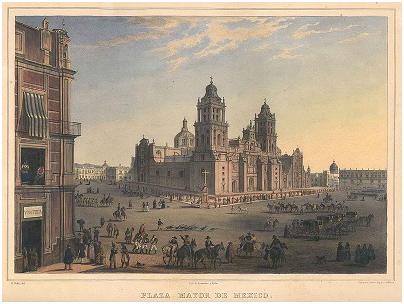 Talk about a recorded teleporting case in Spanish times. On the 24th of October, 1593, a certain Spanish soldier of low rank named Gil Perez, member of the infamous Guardia Civil, found himself transported to another place 9,000 nautical miles away from where he originally laid – in Mexico City. He could not have travelled that fast if he were on the fastest ship at that time.

However, Gil was jailed by the Mexicans, refusing to believe his odd story and thinking he was sent by Satan himself. The poor soldier recounted how he was “resting against a wall” in the Palacio delGobernador in his home country, the Philippines. To prove his story, he detailed how the Governor General was recently killed by Chinese pirates and that they were out waiting for another leader as a replacement.

Much to the horror of the Mexicans, a ship from the Philippines which arrived 2 months after Gil ‘teleported’, corroborated the soldier’s story. One even identified Perez as somebody he saw on October 23 of that year.

Rebuttal: Experts cast doubt on the story as it was recorded 100 years after the said event, in the 1600’s. And there was no other source of information that would otherwise prove the incident. First coined by writer/researcher Alden Alag, the Romblon Triangle is the local version of the Bermuda Triangle. Located somewhere in the northern Romblon area, it had the Concepcion municipality as one of its endpoint lying in between Sibuyan and Dos Hermanos Islands.

What made the area a fact-meets-fiction event is the apparent loss of many ships in the location amounting to 40 recorded maritime disasters (e.g., M/V Don Juan in 1980,M/V Dona Paz 1987, M/V Princess of the Stars 1987).

7. Miracle of the Roses 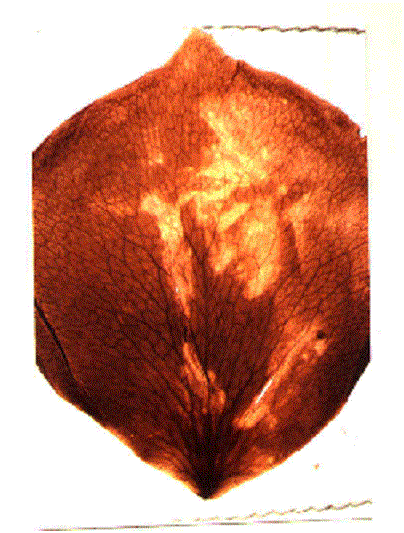 On September 1948, a young Carmelite sister, Sister Teresita Castillo, then 21 years old, shook the foundations of the Catholic Church nationwide when she detailed various apparitions that she witnessed. These apparitions, occurring well within the Carmelite Monastery showed a beautiful lady on a cloud identified as “Lady Mediatrix of Grace” which initially appeared while the young nun was praying at the convent garden. Complete with rosary beads and dressed in white cloth, the apparition appeared 15 times, leaving various flower petals enamored with the images of Jesus, Mary and other biblical events.

Rebuttal: Sister Teresita left the convent in 1950’s after a period of harsh criticisms. However, a bishop in his deathbed confessed that he was forced to sign an agreement showing the apparition as “non-supernatural”. In 1992, Msgr. Mariano Gaviola allowed public adoration of the Lady Mediatrix of All Grace. However, in 2010 the archbishop of Lipa reiterated the Vatican ruling of the apparition as non-supernatural fanning the mystery even more. 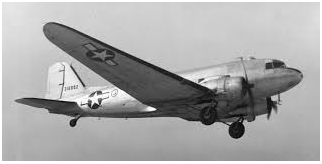 The mystery of Mt. Pinatubo, the name of the ill-fated plane of one of the most loved president, has deepened even more. Authorities have ruled foul play but how did President Magsaysay plummet to his death on the side of Mt. Manunggal after a visit in Cebu. Was it technical error or could the packs of mangoes he carried on the plane explain. Nestor Mata, a journalist, survived the tragedy.

Amomongo, the local equivalent of America’s “Bigfoot” was blamed for the attack on a certain Elias Galvez and Salvador Aguilar in La Castellana, Negros Occidental in 2008. Medical records revealed numerous scratches on face, back and abdomen made allegedly by a “hairy creature with long nails”.

Rebuttal: No chimpanzee or a gorilla specie, the closest to a man-tall ape, has ever made Philippines its home. Last albino gorilla named “Snowflake” died a decade before the incident.

On June 5, 1899 the daring but short-tempered General Antonio Luna was hacked and shot to death by Cavite soldiers identified with the Aguinaldo faction. UP Professor Vivencio Jose detailed it in his book “The Rise and Fall of Antonio Luna”.

Rebuttal: Nobody was punished for the general’s untimely demise – which included his loyal aide. All fingers point to Aguinaldo as the first soldier to strike was Capt. Pedro Janolino, a known Aguinaldo ally.

Now for something eerie. From humble beginnings as a waitress, Lucila Lalu rose to financial affluence owning a posh restaurant in Rizal Avenue and a beauty parlor in Sta. Cruz. It all came to a nightmarish end as parts of her body were found all over Metro Manila on May 28, 1967, becoming the first case of “Chop Chop” lady. Her legs, chopped into four, were found in a garbage can wrapped in a newspaper. Her headless body in an EDSA vacant lot. She was one-month pregnant.

Rebuttal: Four men who were romantically linked to Lucila, became instant suspects. However, the case is still unsolved even up to today.

A fallen hero’s bones are priceless. But Andres Bonifacio’s remains are nowhere to be found. Long hailed to be a national hero by many, Bonifacio crossed political paths with the more practical Aguinaldo, a meeting that allegedly led to the former’s demise.

In 1918, in Marigondon Cavite, a set of bones believed to be Bonifacio’s was exhumed, which was later examined by Dr. Sixto de los Angeles of the University of the Philippines. The bones were also identified by EspiridionaBonifacio, younger blood sister of Andres.

Rebuttal: Bonifacio bones disappeared after being found only to surface in 1926. Lazaro Makapagal, one of the actual people who buried the fallen hero, insisted that the bones were fake as the remains were buried somewhere else, in Maragondon mountains.

The Japanese said to have carried a loot that has never been equalled before, the summa total of all their conquests across South East Asia. Legendary Japanese leader General Tomoyuki Yamashita called “The Beast of Bataan” for his atrocities allegedly hid the treasure within the Philippine archipelago in the hope of transferring it to Japanese war ships should the Americans regain control of the islands.

But as fate would have it, the general was captured, and after a war tribunal hanged on the 23rd of February 1946 in Laguna. And down with him were buried all the secrets of the treasure.

Rebuttal: A U.P. professor Rico Jose insisted that it does not make sense for Japan to bring such a massive loot to the Philippines in 1943 when their forces had been greatly weakened and were facing an imminent reprisal from the Americans.

However, the mystery further deepened when a Filipino hunter named Roger Roxas allegedly found a portion of the Yamashita’s treasure in Baguio.

For a closer look, please look into the matter here.

Okidok. There you have it. Our latest offering for you. Hope that hit the bull right in between the eye. If anything comes up, please don’t forget to drop me a line or two in our comments section below.

And once again, allow me to enjoin you to take part in our little dissemination campaign. It takes but a few clicks to share but it could be a worthy experience. Let me end with a Morgan Freeman quote, yes that most calm-voiced God in that Jim Carrey comedy. He said, “ If you live a life of make-believe, your life isn’t worth anything until you do something that does challenge your reality. And to me, sailing the open ocean is a real challenge, because it’s life or death.”