10 Worst Terrorist Attacks in the Philippines

It’s carnage. Plain and simple. Cold-blooded carnage. The blood and the gore seem to step out of the very heart of a comic book or an ever-so-addicting RPG arcade video game. But the truth of the matter is, it’s happening in real life.

The killings put into question the civilization that we are so proud of. Had it happened in the times of Julius Caesar would be a little more understandable, perhaps. The acts conveyed here are so graphically heinous, reading about them somehow evokes a certain feeling of time travel. To a time when man had not known fire and had to kill beasts by hand or the pages of the Walking Dead thriller. And my, my, my, I never knew murder can sound ever so benign. 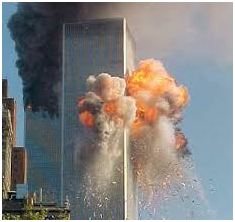 Presenting to you, Romans, friends and my beloved ‘kababayans’, the Top 10 most gruesome terrorist attacks within the Philippine archipelago: 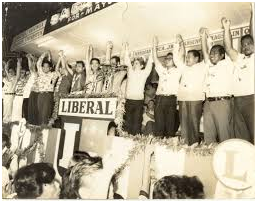 A very public tragic event which was heavily-cited by the Marcos administration as an aggression that called for an iron hand (i.e. Martial Law). During a political rally of the opposition Liberal Party where party stalwarts were on stage (Senator Jovito Salonga, LP President Gerry Roxas), two hand grenades were thrown on stage causing panic and instant deaths.
The event is key as it provided additional pretext for the imposition of Martial Law. 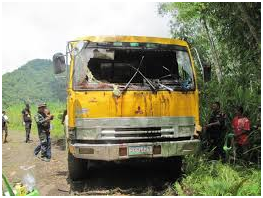 In that quaint town in Northern Mindanao, just after 4PM, gunmen, without warning whatsoever, opened fire on a truck which carried incumbent mayor Abdulmalik Manamparan and supporters on their way home after a campaign sortie. Relatives of the mayor and friends were killed. 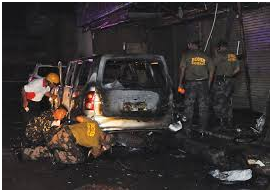 A bomb exploded inside a department store killing instantly 15 people while wounding dozens. Subsequently two other bombs exploded at a nearby gas station and bus terminal. General Santos is a predominantly Christian city of 800,000 residents. 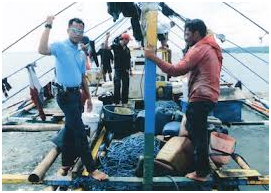 Three pump boats carrying unidentified gunmen approached and opened fired on a group of fishermen fishing in an artificial fish shelter (payao) off Sibago Island in Basilan, ARMM. Victims were all Pagadian residents. 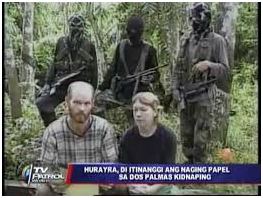 This was one was all over the news, locally and globally. Dos Palmas, Palawan was home to many tourists and the nice beaches attracted a thriving tourism activity. Everything changed in an instant when the Abu Sayyaf seized twenty hostages and laid waste to the beautiful paradise in the ensuing hostage crisis. When everything’s settled, dozens were dead with 2 Americans, Guillermo Sobero and Martin Burnham, beheaded.

Probable Cause of Attack: Abu Sayyaf
Dead: 40+ Wounded: Many 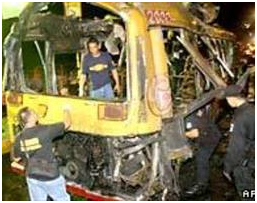 Within a span of an hour, a series of explosions occurred in 5 different locations leaving dozens of people dead and more wounded. The locations of the bombings were key areas in Metro Manila: NAIA airport, EDSA, Plaza Ferguson, EDSA-bound bus, Blumentritt train cab.

In President Cory’s transition to power, the military, many of whom had been loyal to the late strongman Marcos, was dragging its feet , to say the least. In a military academy in Baguio, on the day when President Cory Aquino was scheduled to speak, an explosion happened at the specially-built grandstand at exactly 10AM.

An incendiary bomb exploded inside a bus loaded on the ferry Lady Mediatrix as it was nearing bay crossing Panguil Bay going to Ozamiz City. People were killed on the spot while some had the chance to jump into the sea. 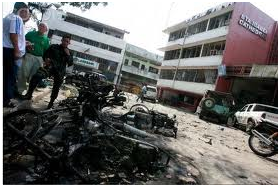 This event made Ipil, a town of 50,000 people, splashed on all front pages of all dailies. At the break of dawn 200 gunmen, heavily-armed, attacked the peaceful town of Ipil in the Zamboanga Peninsula. Banks were robbed, town centers burned to the ground and people were used as human shield. Almost a billion pesos were looted with 8 commercial banks ransacked. 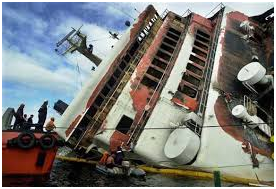 And the biggest so far, with over a hundred dead is one that involves a large commercial ship, Super Ferry. The bomb used was an 8-pound TNT bomb placed strategically on board at the lower deck. At 11PM, off the island of El Fraile in the CALABARZON province, a massive explosion tore the ship, causing fire and sending it to the depths.

For the nitty-gritty, please drop by here.

Hope that went well and hit the bull right in between the eye. For a piece of your thoughts, please visit our comments section. I definitely appreciate a word or two. And hopefully a little interaction’s a great boost for everyone.

So, there you have, folks. Gory details of the men in mission. If it give you a bit of a jolt, please share this article. Reality bites! And it’s creepy really. Reminds me of the Walking Dead Season 4 Finale: A Worse enemy than the zombies are the cannibals.