You can’t take the sea lightly. No doubt, it is a great provider, giving us its fresh bounties from the depths – filling our mouths and stomachs with abundance in the process. But the sea has its ugly side too: It’s one big hungry mouth. Worse. Its voracious appetite is matched only by its seemingly endless width. Where if you’re not too careful, you could be devoured whole – ship included.

There is nothing romantic about being swallowed by the might of the sea. Though many a-Vikings have chosen the waters as their final abode, elaborating their burial rites by sending their corpses burning out to sea. However, if you’re going to take a closer look, you’ll realize that bad decision-making plays a big part in many of these disasters at sea. Not necessarily ineptitude or callousness. Safety First seem to be a motto as lost in the deep as the people that go down to their deaths. In fact, it’s really chilling to know these disasters could have been largely avoided.

Gentlemen, and fine ladies of the hour, the Top 10 Deadliest Sea Disasters ever to befall our country, the Pearl of the Orient: Off Limbones Island of Maragondon, Cavite, 2.8 nautical miles to be exact, M/V Catalyn B collided with steel-hulled fishing boat F/V Anatalia. Of the total 74 people onboard, 15 crew including, death toll registered at 27 with 6 reported missing and 47 rescued.

The tragedy happened on Christmas Eve. 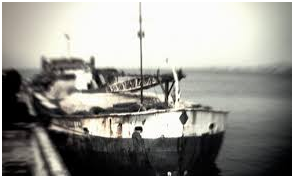 It may have been wooden-hulled and small but the Don Drexter Kathleen left 42 dead when it capsized off the shores of Masbate after being castigated by strong winds. 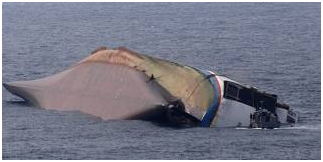 Here’s a cargo vessel that tried its hands on being a passenger boat with disastrous results. Sunk in the waters of Jolo. 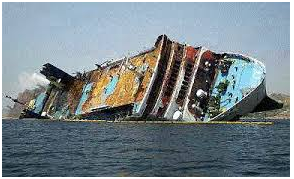 This one’s a product of extreme fanaticism. On the 27 of February, 2004 Superferry 14 was sunk due to a bomb explosion believed to be the handiwork of terror groups. 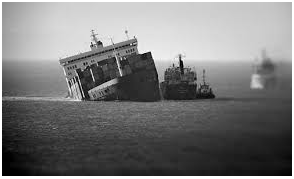 In another stroke of bad luck, a ferry Cebu City in Manila Bay gets rammed by a Singaporean freighter, causing tragic deaths.

#5: Princess of the Orient

A passenger ferry owned by Sulpicio carrying 388 people sank off Fortune Island, Batangas. The ship sailed in spite of a typhoon. 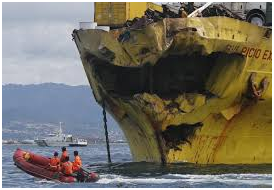 Sailing in the middle of typhoon Unsang from Manila to Tacloban City, M/V Doña Marilyn gave in to the tempest and sank. Ironically, this Sulpicio ferry is the sister ship of this list’s top A-lister, M/V Doña Paz, a vessel which sank a year earlier.

#2: Princess of the Stars 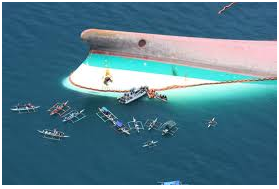 In spite of typhoon Frank ravaging the country making landfall in Samar, this flagship of the Sulpicio Lines fleet, set sail from Manila to Cebu City. Big mistake. Typhoon caught up with the Japanese-built ship. The ship wreck happened off the coast of San Fernando, Romblon.

However, it took months before many of the bodies were recovered as it was discovered the sunken ship was carrying 10,000 kilos of dangerous pesticide Endosulfan.

Folks were on the way to Manila, leaving the island of Leyte perhaps for better prospects. But all hopes were dashed as their voyage became their final journey to the after-life.

MV Doña Paz collided with a tanker, MT Vector which was carrying over 8,000 US barrels of gasoline and other petroleum products owned by Caltex Phils.

With a death toll reaching over 4,375 in estimates, the tragedy will go down as the deadliest sea mishap in Philippine history. What makes the tragedy even more tragic was the fact that MV Doña Paz, a Japanese ship bought bySulpicio Lines, which used to carry 608 people during its Japanese debut hauled in over 4,000 passengers and was therefore extremely overloaded. Making matters worse, maritime authorities went on rescue only after 16 hours from the accident. Many of those who died were not in the passenger list or manifest.

Again, the tragedy happened in the merry month of December.

For more of the nitty-gritty, please dive here.

There you go, folks. Hope that sent the ball out of the park and sent some useful info down your end. If it fell short, do drop us your 2 cents in the comments section below. Feel free, please. We’re all ears.

And once again, allow us to enjoin you: Share this article to your circle – friends, enemies and those in the between.
We may not be able to change the road ahead, with all the bumps and stops, but we can always develop stronger, more well-adapted feet. Ain’t that right, LaMarcus Aldridge?