Paris. New York. Tokyo. Since time immemorial, cities have been the jewels of a nation. From the magnificence of the Hanging Gardens of Babylon, to the walled cities of old China. It’s the beacon that prompts travelers from all over to pass by and stay – many for good. For perhaps the ultimate litmus test for any city is not how far it has advanced or it’s night life, rather it’s how livable it has become. 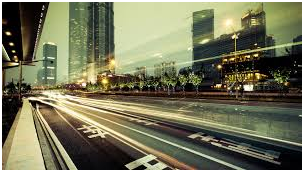 Yes, this is a tall order. With mounting hazards that plague the cities of today, the capacity to satisfy its people is a tough act. To illustrate the matter, let’s cite a new scare that have surfaced today from the cities of the Middle East: Mers-Cov. Not as scary as that unthinkable Zombie virus depicted in recent flicks and current TV action thriller series (e.g., The Walking Dead). True. But if you talk about scare power, Mers-Cov is spot on. How effective is a city in thwarting these potent diseases? Added to this scary nightmare, any city worth its name in salt, would have to face the issue of pollution. And crime rate. And let’s not forget, facilities and transportation. Just to name a few.

Sure, arriving at the top notch cities – out of over 150 all in all – that the Philippines can offer is never a walk in the park. But fair ladies and brave gentlemen of the hour, with malice to none, here are the Top 10 Most Livable Cities of our nation today. 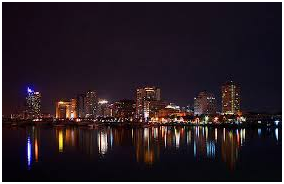 Manila is the prized city of the Philippines, the center of its cultural and political activities. You talk about Binondo, Sta. Cruz and everything inside the city. Just cruise through history books and Manila is at the heart of it.

But it has some cleaning-up to do. The challenge is scale. Because everybody seem to want to be part of the city, the population has swelled to unthinkable heights. And with it the problem of inadequate public services, dirty streets and peace and order. As observed by the great urban designer Architect Jun Palafox, “Manila needs urban renewal or urban acupuncture.” Bacolod is the gateway to the thriving sugar plantations of Negros Occidental. Though the sugar industry was at the gamut of everything Negros, business has diversified over the years.

With a glorious past and a very attractive future, it’s easy to be enchanted by Bacolod. The Negros Occidental Capitol is a testament to the city’s drawing prowess. 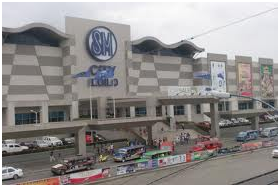 Dubbed as the “Princess City of the South”, you will easily feel the growing economic clout of Iloilo in its rising construction sites as multi-million peso investments are pouring in. Known also as the twin sister of Bacolod City, it’s hard not to fall in love with the City of Smiles, where people are so naturally friendly you’ll feel at home even if it’s just your first day to arrive. As the Summer Capital of the Philippines, Baguio is noted to be a fave get-away for many who are feeling the pains of the scorching heat. And it’s perfect with all its pine-scented mountain air, and priceless overlooking sceneries.

But the challenge is there, with the surge of people many feel that the city’s too congested already. This especially evident when you find mountains that seem to be filled with lots of houses. A regular entry in Asiaweek’s Best Cities in Asia, Davao not only has the size (biggest area), it boasts of precious, precious peace and order. With a very low crime rate, thanks to the iron rule of the mayor, you’ll find nature within a bustling metropolis hard to resist. 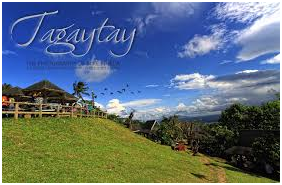 Tagaytay has earned the reputation of a wonderful, super-fun get-away. And rightly so.For many tourists and Pinoys alike. With a priceless view of Taal Lake and a cool weather to match, Tagaytay is superbly poised to capture the hearts of millions.

The challenge, however, is to keep this pristine nature inspite of all the condominiums being built and future development projects.

What more can you ask for? You have a city that’s world-renowned with its Underground River declared as one of the seven wonders of nature. Which means, as soon as you get out of the city center, beautiful beaches and sizzling adventure awaits you. Top that. 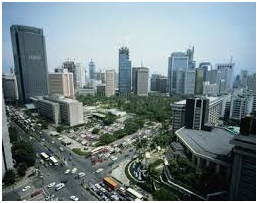 But the best thing is even with its thrust forward, the city is hardly remiss in taking care of its people. So along with top universities and hospitals, Quezon parades large, open parks which houses old, tall trees (e.g., Ninoy Aquino Parks and Wildlife, Quezon Memorial Circle). 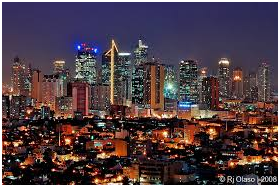 Proud and mighty, Makati City is a product of intelligent urban planning and is at the forefront of business because this is where the country’s wheeler-dealers converge and make things happen. What’s outstanding is the Makati Government has been noted for taking care of their people, with senior citizens getting perks not found elsewhere. 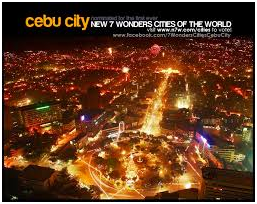 Our top most livable city in the Philippines is right at the heart of Visayas, Cebu City. Cebu has just the right mix. As Queen City of the South you get a balance of modernity at its best and nature and culture at its finest.

In Cebu, you get to see old landmarks still standing while the beaches, scuba and all sorts of fun and adventure are just a drive away. Best of both worlds.
For a closer look at the details, please nose-dive here.

Don’t forget to send us a piece of your mind in the comments section below. No worries. You don’t have to give me a Patrick Henry speech. I am an ardent believer of the tenets of democracy. And besides, there’s always a B-side to every story, as the E-heads’ song lyrics quip.

And if you please, share this little bit of info-tainment to your immediate circles. Education is key to a wise decision. Ain’t that right, Dr. J.R.?

No, not JericRaval.But Jose Rizal.