Most Shocking Suicides in the Philippines – You’ll Be Amazed Whose on Top!

After prominent, and talented award-winning actor Robin Williams’ tragic news, the public is now aware why depression is a serious problem that occurs widely without choosing any status. This mental-emotional connection is often a potential cause for driving a person to voluntarily enter the other dimension, may it be external or internal reasons. But not just depression, the mind is a bizarre unchartered territory unfathomed by human science and principles that one cannot easily judge the victim by a simple suicide note or suggestive conclusion.

In the Philippine setting, here is a top ten list of controversial suicides from the 1980’s up to present, but not entirely because of depression. Please note, that due to lack of sources or unavailability of information, some cases may not have been part of the list. The list is purely subjective without yearly order. 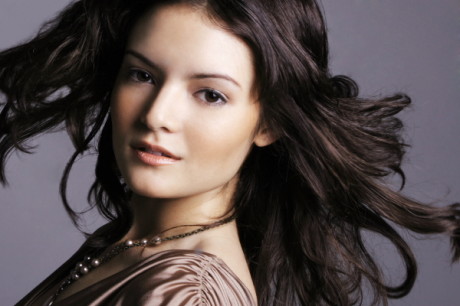 The beautiful model fell off the 7th floor of her condo at the Renaissance 1000 Tower in Meralco Avenue, Pasig. Though friends say she’s a happy person, her godmother Sari Yap revealed that Helena had been diagnosed with bipolar disorder.

Her death was ruled as suicide as the victim was under medication, however she had a bit of a drink that night that if she took her medication, it could have been mixed with alcohol that possibly hinders its effectiveness.

Bipolar disorder is a mental illness characterized by periods of elevated mood, and periods of depression. 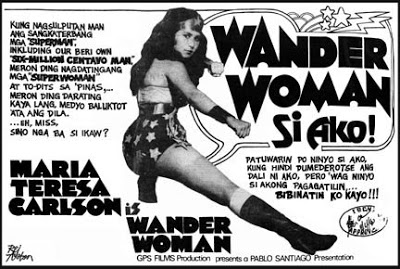 Contrary to Helena Belmonte at present, a lot of people don’t know Carlson. But Maria Theresa Carlson was Miss Young Philippines in 1979. She is a Filipino-Amercian beauty who became known in the showbiz industry after representing the country for Miss Young International Beauty Pageant held in Tokyo. She is famous for her laugh line “Si ikaw, si ako” because of her broken Tagalog ways when speaking the language.

Her suicide pointed to her marriage struggle from her politician husband Rodolfo Castro Fariñas. Initial cries for help were detailed as constant beatings, water torture, and other physical abuse.

At the age of 38, Carlson died the same year as Nida Blanca’s murder case. Carlson plunged off the 23rd floor of her apartment in Platinum 2000, Greenhills San Juan, which is ironically adjacent to Atlanta building where Nida Blanca died. 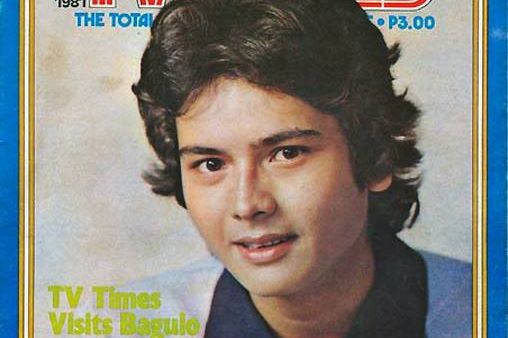 To women who were born in the 90’s, this is probably something which you cannot relate. However, to those who know Richard Gomez as a matinee idol, before him was this commercial model who later became a hot actor together with other young stars like Gabby Concepcion at that time.

Alfie Anido died at a young age of 21 and just one day short before his 22nd birthday. Reports showed that Anido shot himself in his own house in Bel Air, Makati City. His death became controversial due to rumors that it was murder, which hindered closure on his suicide case that remained a mysterious issue until this present day.

The homicide rumor was linked to his ex-girlfriend Katrina Enrile, the daughter of Juan Ponce Enrile who was the Defense Minister in Marcos’ time, the same time this suicide case happened. Several allegations pin-pointed Jack, Katrina’s brother to have shot Anido after a lover’s quarrel. 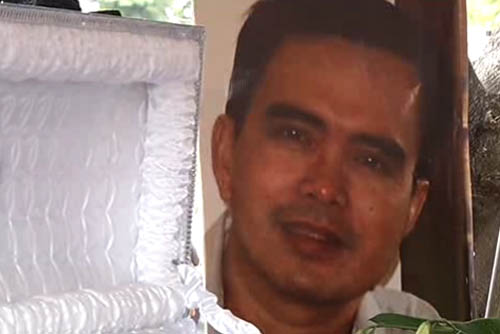 A lawyer at the Development Bank of the Philippines (DBP) was found dead in Eurotel Hotel located in Las Piñas, Manila. Officials confirmed that the lawyer hanged himself which was believed to be initiated by his troubles at work. He was said to be one of the few who are involved in a suspicious transaction that amounted to Php660 million with Roberto Ongpin.

Pinpin’s case shocked the nation for he is said to be a key player in the case against Ongpin. 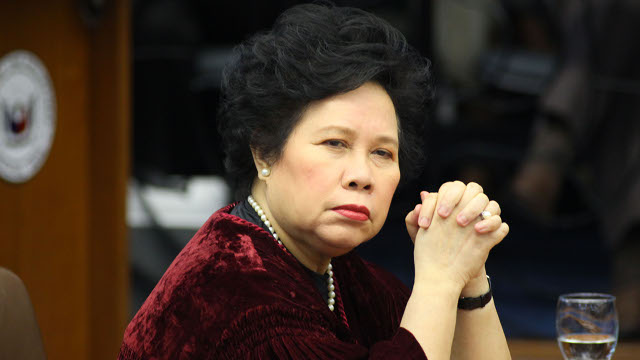 The youngest son of Senator Miriam Defensor-Santiago died at the age of 22 after shooting himself in the neck. He was found dead at the Santiago residence in La Vista, Quezon City.

Reports revealed that the aspiring law student had been depressed upon seemingly being denied admission at the University of the Philippines due to his failing grades in one of his major courses, the “Constitutional Law”. Although he passed the written exam, the faculty panel at the University of the Philippines attacked him with political questions that seem to target “the sanity issues” of his mother – Senator Miriam Defensor Santiago during former President Estrada’s ruling. 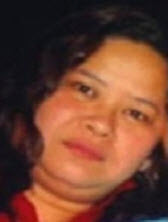 Trina, the wife of the famous news anchor Ted Failon passed away with a controversial issue of suicide or homicide, but the case ruled out as suicide.

The anchor’s wife was found in the bathroom in their house in Quezon City where a gunshot wound in her head was noted. Trina reportedly took her own life due to financial matters. 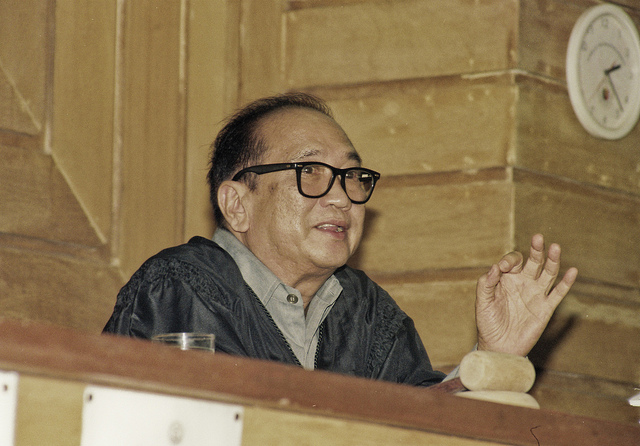 The Cebu Regional Trial Court (CRTC) Judge was famous for his court ruling on the “Chiong case”. Autopsy found that the judge took his own life in Room 502 of Waterfront Hotel in Mactan.

This sparked the public’s interest because of its issue on the verdict of Paco Larrañaga with rumors that the judge was professionally murdered that could make the whole scene look like a suicide. The judge’s autopsy found that there were 5 deep cuts on his right hand, one on the left, and some slash wounds on his legs near his feet, but died from a gunshot on his temple. 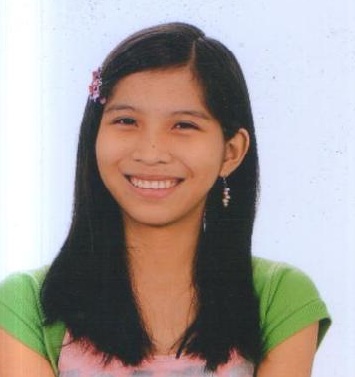 Kristel Tejada’s cause of suicide has sparked the whole nation’s outrage because of the government’s educational “no late payment” policy implemented particularly by the University of the Philippines. The root of the suicide is said to be the failure of paying the tuition fee of Php10,000 which is subject to “forced LOA”.

She died from consuming silver cleaning fluid. ‘Til this day, she remained a symbol of hope awareness to students who might have a similar situation as her, and mainly… a wakeup call to the Philippine education system. 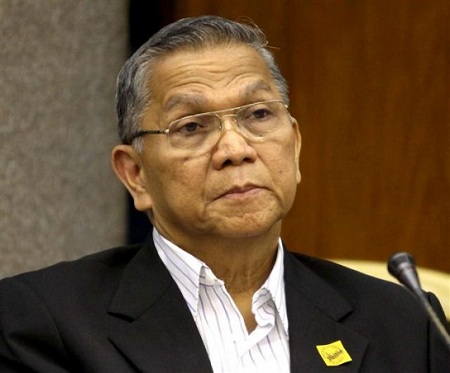 The former Armed Forces chief and defense secretary Angelo Reyes was reported to have shot himself at the left side of his body in front of her mother’s grave at the Loyola Memorial Park in Marikina, two years ago.

He became a public figure during the Edsa 2 revolt that ousted Joseph Estrada way back in 2001.

He was allegedly receiving millions of pesos (up to 50M) upon retirement which was probed to have been a scandalous military corruption. He was also accused of protecting Carlos Garcia, a former military comptroller who was facing charges for plunder that involved Php303 million in military funds. Reyes was reportedly embarrassed by the accusations against him during the Senate probe which led to depression noted as the cause of his suicide. This one you did not expect, and what young adults probably do not know. But this is highly controversial because the said engineer was known to have a different cult or belief put into practice in a huge crowd. While Article 3, Section 5 gave citizens the freedom to express religion, his example gave ideas to lawmakers to point out a few prohibitions upon freely practicing this freedom.

The man urged people to witness his self-immolation with the belief that he will be resurrected and which was in fact done with live media coverage at the Plaza Independencia in Cebu City, which caused a sensation in the middle of the 1980’s. He commanded his so-called followers, even members of his family to help in pouring gasoline on him, and to light him up to witness a resurrection miracle like that of Jesus Christ. As he was set on fire, the people and even the reporters only watched him disbelievingly in horror or fascination waiting for the said miracle, which could have given all witnesses enough time and opportunity to save him instead. It was reported at that time that a local radio reporter was fascinated by his declaration that he urged the man to actually do it, leading more emphasis and modifications on media ethics.

Officially this is homicide, but technically because of his command, this is an apparent staged suicide, and because this is the first time it ever happened even after the martial law, the public could only gape at the act.