THE WORST RELIGIOUS SCANDALS in the PHILIPPINES

“Beware of false prophets, which come to you in sheep’s clothing, but inwardly they are ravening wolves … For such are false apostles, deceitful workers, transforming themselves into the apostles of Christ.” (Matthew 7:15; 2nd Corinthians 11:13) 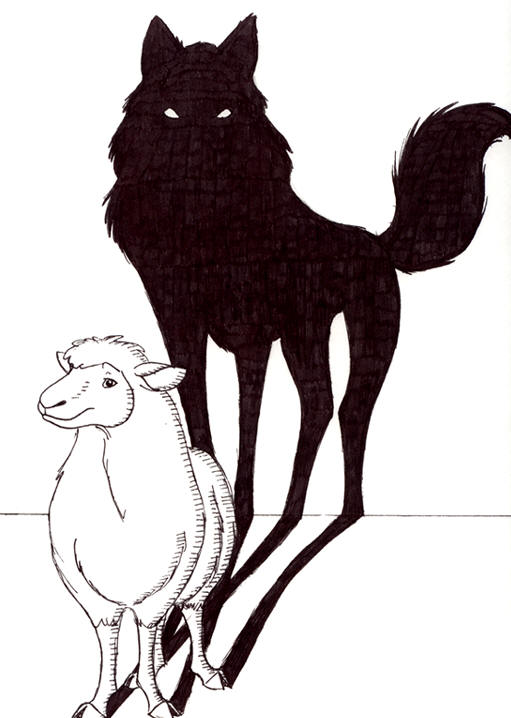 If the Church is losing its believers, it would not be because of other faiths – Muslim Brotherhood, ISIS or what-not- it would have been because of implosion: from the inside. Increasingly, priests today have become the Pharisees of long ago. Moneyed, in wheels, untouchables. And where Jesus has walked the Earth almost barefoot, these new leaders cruise in their beautiful SUV’s and preach not by example but by show. At least that’s what we see in the list below. Yes, good leaders still abound. Pope Francis is a blessing, no doubt. But the “PadreDamasos”of today abound.From the looks of it, it seems a Pandora’s boxis just waiting to explode. Tick! Tock! Tick! Tock!

Without further ado, let’s get it on. Gentlemen, prepare to be astounded by the overwhelming might of the gonad: Here’s the Top 10 Religious Scandals to Hit the Philippines. 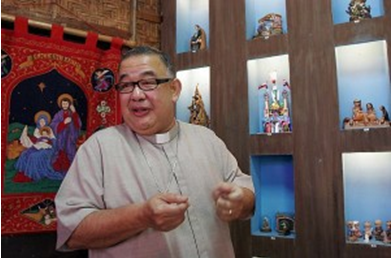 Monsignors are above the pay grade of ordinary priests. They have greater functions and are generally more revered than your regular daily Holy Mass prayer leader.

Recently, however, charges of ivory smuggling into the Philippine archipelago (as reported by National Geographis) only uncovered a string of reprehensible crimes 20 years earlier by this errant messenger of God: doling out cocaine to minors and of being a true blue pedophile.

Certain parents reported his questionable ways. Curious, a certain Father Sherpa investigated. However, when he went into the allegedly erring priest’s room, he saw the man of cloth was with a 17-year old boy in his bed. The incident happened in Eagle Rock, Los Angeles, California and reports have made its rounds in the internet. Not wanting to affect the faith of millions of believers in the area, the case was settled and the priest was sent back to Cebu for rehabilitation.

Today the priest-who-has-since-become-a-Monsignor has been stripped of his ministry by the Vatican itself and is forbidden to say the Holy Mass. Many believe the powerful Garcia clan of Cebu has protected the erring shepherd. 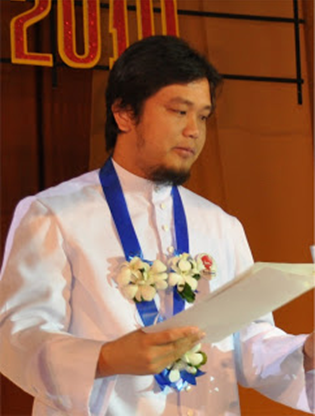 At the Angeles City prosecutor’s office a strange case was filed: Ahusband suing his wife and his wife’s lover, a Catholic priest for alleged adultery and unjust vexation.

Fresh out of ordination, the erring priest was still in his first year of service. In a three-page complaint, the husband “a former altar boy” divulged that the family’s computer where he installed electronic gadgets confirmed the ongoing relationship. Further, he showed a text message to the priest’s immediate superior, Auxiliary Bishop Pablo Virgilio David which was purportedly sent by the priest saying: “Sigena babes, sleep natayo, gagawa pa ko ng homily (Let’s sleep babes, I still have to make my homily).”

Tagged as a “homewrecker”, the priest has since been suspended.

He was the head of the flock, assigned as the parish priest to the Our Lady of the Abandoned Church in Sta. Ana Manila. Sounds good! But this shepherd started eating his sheep.

Two of his teen-age acolytes, aged 15 and 16, alleged that they were abused by the priest for 2 years now, starting December 1988 to June 1990. Meaning he started his dastardly acts when these kids were but 13 and 14 years old. Holy Cow!

Scandal #7: The Curious Case of a 14-Year Old Rape Victim

For the record, this priest (May God bless his soul!) was the first of many to be accused of pedophilia in the archipelago. He was stripped of his function and incarcerated for 3 years. Initially, he was assigned in the city of Dagupan, north of Metro Manila to the St. Therese Parish. Two cases have been filed against him, rape and child abuse under R.A. #7610.

What made the case disturbing was it involved a 14-year old girl. According to the victim, sometime in October 1997, she was raped by the priest repeatedly – with the consent of her mother upon the priest’s solicitations. The priest was 52-years old that time.

And though the priest has been eventually exonerated in the lower court, the damage has been done as he has done his time in jail, stripped of his priestly function and the case has been reported nationwide in the dailies.However, he must have plenty of answering to do as he has joined his Creator already – granting he was not cast on the eternal fire.

This priest serving the faithful in a Pampanga parish wants out. It is said, one-third of priests in Pampanga are into illicit affairs. Allegedly, names like Panlilio surface.

However, this particular Capangpangan priest admitted siring 2 children and sought dispensation. Read: stop being a priest. It seems Archbishop Aniceto won’t let him go, however. Funny thing, the nasty rumors only increased his faithful attending masses.

Now for a non-Catholic scandal. On May 2006, rape charges were filed against this charismatic religious leader of Dating Daan. The defiled: his former staff, Daniel Veridiano.

Veridiano alleged he was repeatedly raped by the famous preacher in Apalit, Pampanga. Preacher denies it saying the former assistant was fired for fund misuse. Regional Court dismissed the case. However, former Justice Secretary Raul Gonzalez reopened it. Because of this a warrant of arrest has been issued by Judge Manuel Siyangco of the Macabebe Regional Trial Court prompting the errant leader to pay over PhP 240,000 as bail.

Analysts suspect Veridiano was instigated by INC (Iglesiani Cristo), a rival religious group to which the complainant now belongs. Said sex offender has been reportedly lambasting the sect to no end.

Traces of scandals like these are hard to suppress. Said Bishop was forcibly removed by the Papal Nunco himself after investigations turned out certain grave abuses were attributed to the errant leader.

The abuse involved many seminarians when the then shepherd of the flock tended to them. It’s described as “carnal corruption of several young seminarians… and several priests were reportedly involved.” 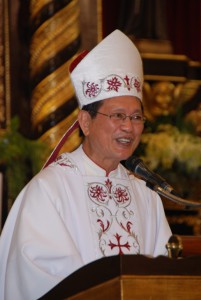 This Bishop is a powerful one and his name resonates respect. He was the spiritual adviser of El Shaddai founder Brother Mike Velarde and has been appointed in numerous advisory posts in former President Arroyo’s term in office.

His woes started piling up when her 32-year old secretary started making a round of calls: first to Gabriela, then to the Department of Health’s Women’s and Children’s Protection Unit (DOH-WCPU), alleging that she was sexually abused by the Bishop when serving him. The secretary has since resigned. For his part, the Bishop has asked forgiveness and has also resigned, finding shelter in the U.S. after official Vatican investigations on his case were undertaken.

This does not involve any Filipina being raped but since the perpetrators are mostly Filipino priests, it will take the 2nd top spot in this list. For sheer madness.

Working his priestly magic as a confessor-shepherd, Fr. Santiago Tamayo was able to seduce 16-year old Rita Milla in a diocese in California, USA. What made this case stand out was upon turning 18, Milla was also “used” by Fr. Angel Cruces, upon the introduction of Fr. Tamayo. But like a fire hitting super-dry twigs, the scandal went bigger as Milla was later introduced to 5 other priests who also sexually abused her. Namely they were: Fathers Henry Caboang, Rubin Abaya, SylvioLacar, Victor Balbin and Valentine Tugade.

Milla soon got impregnated by Tugade. Under Tamayo’s arrangement, she was sent to the Philippines after refusing an abortion. After filing a case, however, the state court in the U.S. found out that indeed Tugade is the child’s father. Milla received $500,000 settlement from America’s largest archdiocese and Tugade has asked for forgiveness. The erring 7 priests have been reassigned, lost like bubbles. 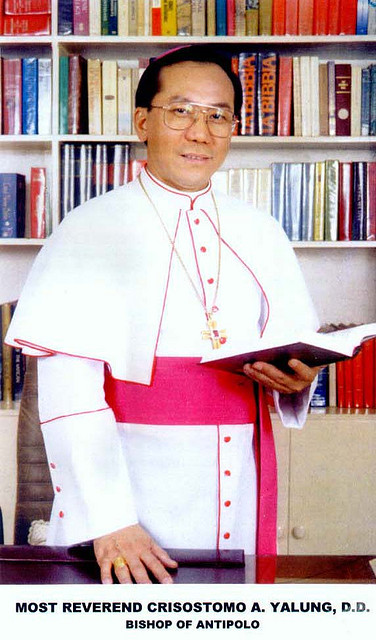 Now for the top spot: What happens when someone who seeks the wisdom of a priest is corrupted by the priest himself?

Not just a priest but a theological scholar and pillar of the church known for his strict standards and disciplined approach. Talk about Mr. Clean. Some of his duties: 1.)rector of San Carlos Seminary 2.) spiritual director at the Mother of Good Counsel Seminary.

But temptations found its way. It all started when a Bicolana named Christine sought counselling of the disciplinarian priest over a grave problem: She was having an affair with another priest. As time rolled by, the counselling turned romantic after some eat-outs and eventually Christine got pregnant. Not before the Catholic Church made the priest a bishop, the youngest to be given the authority.

However, parishioners of Makati soon found out about the relationship and after more rumors surfaced the Vatican had to intervene announcing the bishop resigned. Errant shepherd promptly fled to the United States leaving behind 2 children. Apparently, the affair lasted longer than anyone suspected.

There you have it, folks. Hope that was a good one.

I have made it a point to pour hours into the research of this little info-tainment. But please, let me know what you think. If you feel I’ve done you some disservice, drop me your 2 cents in the comments section below.

Also, don’t forget to do your share of sharing this. Think of this as a wake-up call not for us to denounce our faith. Or else, ISIS, that revolutionary proponents of an Islamic static, would be jumping for joy.