During elementary days, it’s very common for kids to stop and buy seasonal fruits from booths or stalls beside every school, aside from toys like marbles, small comic cards, paper dolls and even spiders. Those were the days.

However, another fun and sweet nostalgic moment is during vacations when kids climb different trees and pick fruits that are in season. Despite the yelling grandmothers warning us to get down to avoid injuries and falls, we fool around even more because of the free fruit which is such a sweet reward.

Sadly, many kids nowadays don’t even recognize these fruits on my list, let alone taste them. Hope you did, here are my top ten: 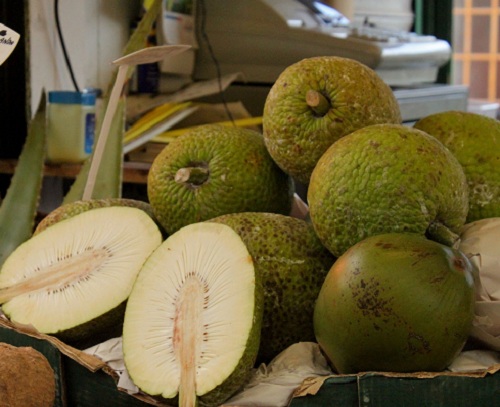 Don’t panic, breadfruit trees are still found in many areas, and the fruits are still sold in the market. However, way back several years, this fruit is another alternative for afternoon snack aside from sweet potatoes and caramelized bananas or bananacue. But nowadays, some snack vendors don’t sell this anymore during its fruiting season.

Fact: In Vanuatu and Hawaii, the dried, hard flowers are burned as a mosquito repellent. 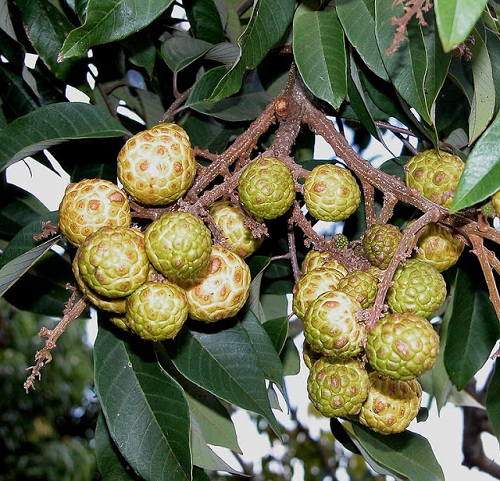 Alupag is like a native lychee and is well-known for its sweet taste. But children don’t often eat this fruit nowadays.

Fact: Ever wondered why an English word is not written? It’s because Alupag is native to the Philippines and is originally from our country. According to Merriam-Webster’s entry alupag has been used to call this fruit and tree since 1902. 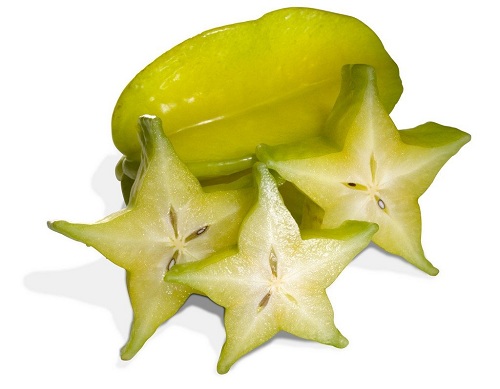 This fruit is so fun to eat after slicing it in pieces and dip it with little salt. The seeds could be eaten as well and it’s best to eat it when the fruit is a little yellow green in color (not yellow), it’s a good sign that it’s already sweet, juicy, crunchy yet soft to chew.
Star fruits are not always sold in markets but are just given to interested neighbors because it used to be so abundant, sometimes they just rot on the ground after falling.

Fact: Star fruits are known to have Caramboxin, a neurotoxin known to cause deaths to patients with renal or kidney problems, especially ones undergoing dialysis, it also contains a kidney stone-forming oxalic acid. So people with kidney problems, stay away from this fruit.

Kids in the old days are surely healthier, because aside from their physical activities and games, stealing some fruits like granada gives them great nutrients aside from the activity being fun. Though the behavior is not good, but you know what they say, a stolen fruit is sweeter. Then, each friend would grab one and chew the seeds and spit them out. Those were the days, because you can now purchase them only in the juice form in any supermarkets. It’s expensive and is never as healthy as eating the (stolen) fresh ones.

Stolen is repeated because honestly, nobody wants to plant them in their yards because it’s messy and tiresome to eat.

Fact: Pomegranate is one of the oldest fruits that is native to Persia, which is then cultivated in Egypt around Moses’ time. The fruit is still well-known in Iran, which is Persia previously.

Pomegranate comes from the Latin words pomum granatum, which means apple of many seeds. 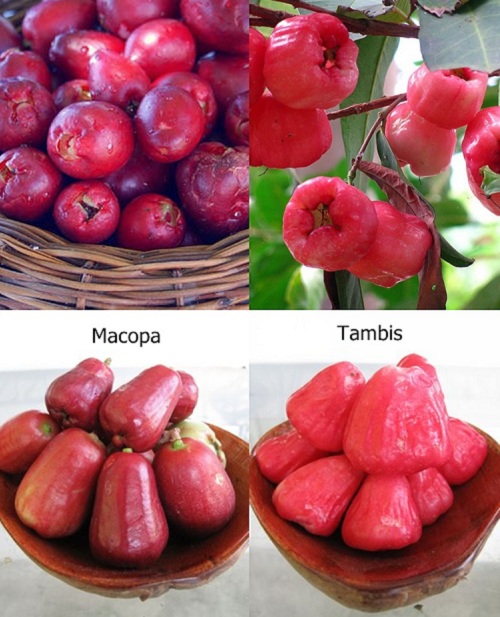 Please note that they are of the same genus but are two different species. Tambis comes commonly in pinkish color but also in green and white varieties, it’s crunchier, juicier with more air holes inside and is shaped like a bell. If it’s not too ripe it has a bland or sour taste.
The macopa on the other hand, is the one that’s getting rarer these days, the color is maroon to purplish red, more oval or has a longer shape, less juicy but with denser cotton-like interior. If it’s not too ripe, it has a sour with slight bitter taste.

Another distinction: Tambis is preferred by kids and teenagers because of its sweet and juicy texture, while the older batch prefers the macopa for its dense cottony, neutral taste. But don’t cheat by saying you prefer the tambis just because you want to join the young categories. 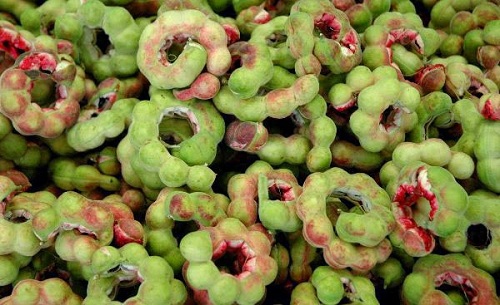 Luckily, tamarind is still common, but the Manila tamarind is quite hard to find these times. In the early 1990’s, some kids are often seen chewing the fruit, and play with the peels as large earrings or bracelets. Old people with diabetes used to munch on these as well. However, it’s quite hard to see someone eating one nowadays.

Facts: Almost all parts of the Southeast Asia knows and calls it as Manila tamarind, though it was originally from Spain or Mexico brought in our country, many Asian countries have gotten their seedlings from the Philippines. 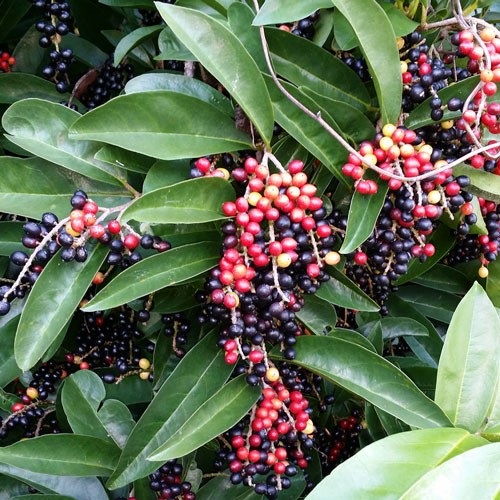 Bignay is a colorful bunch of small berries similar to the size of blue berries. However, colors vary in taste, white and red are sour while black or deep violet ones are very sweet. These are best eaten with their stalks removed, washed and sprinkled with salt.

Just last year, a small plastic that could only weigh 100 grams is already priced at Php10.00 in Cebu, which is a big gap from Php2.00 just a few years back.

One vendor said that the fruit is now hard to find due to some foreign people buying the harvests. The farmer who produced it told the vendor that the foreigners bought them due to some research that showed bugnay’s anti-oxidant properties.

Facts: The fruits and leaves have very promising antioxidative properties. The bark however, is poisonous, containing an alkaloid toxin.

We’re going to need professional intervention on this one because much as research, the scientific name itself resulted differently. However much as remembered, most Filipino kids eating this just call it “Cheri” or “Chiri”. This one is very cheap compared to the imported cousins like the maraschino, it is also sold in fruit stalls near schools way back in the 1980’s and 90’s. Last time I ate it was last year, sold as a candy preserved and packed by “Fat and Thin” brand, the producers of “Kiamoy” and other seed snacks. 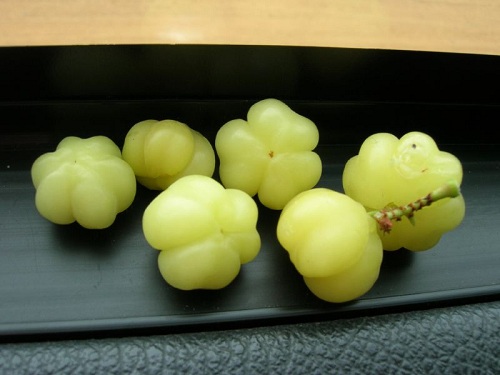 Kamias is for cooking, iba is for the kids after school. This is used to be munched by children in groups when santol is not in season. Green mangoes are often neglected when these cute fruits are available. But some high-end kids nowadays couldn’t even identify what they are.

Facts: The fruit contains an abundant amount of Vitamin C for its small size, known to give a proper pancreatic function that treats diabetes. 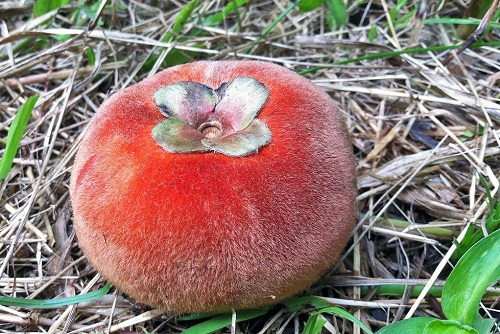 If you see children eat this fruit raise your hand! If you see this fruit in the market with a reasonable price raise your foot! Oh well, some people say the fruit is good, but a lot would say it’s just so-so. However, the fruit has very tiny hairs surrounding it that seem to thinly pierce the pores of a child’s hand when gripped. Therefore, this fruit is not a good target to steal with your bare hands. The hairs itself is the main reason why it’s called “velvet” apple.

But it’s not the fruit why it has been placed on the number one spot. It’s the tree, because cutting the tree of the mabolo fruit is protected by the Philippine Law. The DENR Administrative Order 78-87.

Facts: So why is the tree protected by the government? Because mabolo is the only fruit that has a different name from its tree. The tree it belongs to is “Kamagong”. So, you cannot say mabolo tree, and you cannot say kamagong fruit. Another fact, one barangay in Cebu is named after this fruit, however, only one kamagong is left standing as a landmark.

The orders are not primarily based on facts but just plain observation and small amounts of research, therefore it can change from time to time and varies on different places depending on its abundance. However, one thing is common, these fruits are getting rarer in the cities.

If you have comments or suggestions, please feel free to share them below. If you have nostalgic moments in sharing your experience in eating these fruits before with your neighbors or classmates during your rough and adventurous childhood, we’re sure that others would love to hear it. So share it with your friends on your social media pages, because those memories sure will bring the bonds closer, and bring out the past happy times. Enjoy!