Happily Ever After NOT. Pinoy Celebrity Weddings that ended an Epic Failure. You’ll Love the TWIST on the Top!

True, their union seems to be woven right out of the pages of a fairytale. A picture of near-perfection, they capture the imagination of a nation – with wanton abandon. Over time, however, only the picture remains, not the couple. 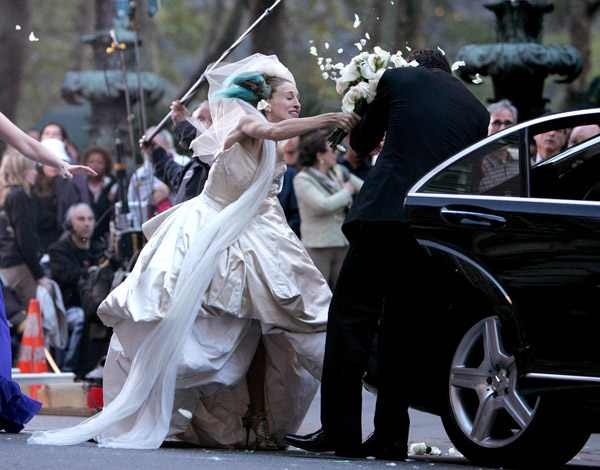 Who would have thought of it? When two people – with all the fame and promise – become so madly in love with each other, every Juan in effect gets drawn to it. Just can’t get enough of it. And as the media circus rolls out and the TV networks start to dissect it leaving no stone unturned, the whole nation is under a spell – smitten by the notion of love and its prowess. Ah! Girls squirm, fantasizing their future Romeo’s with all the dash and the bravado. And men, well men will be men. That’s how appealing big celebrity weddings are – more than even those nightly soap opera. So wonderful. Until one day, one fine day, reality sets in, and all the pompous display of affection and love is replaced by utter hate and mistrust.

Beauteous ladies and gentlemen of the hour, here are 10 fine examples of how 10 Celebrity Weddings can end up miserably – imitating vaudeville.

This one’s classic: a whirlwind romance. Marrying a Romeo 20-years her junior, famous comedienne seems love-struck claiming to have found the love of her life, swept off her feet. But no sooner were they married – in Las Vegas at that – that they their incompatibility surfaced. It took only a month – basically 30 days – for the couple to officially call it quits, with the love-struck actress claiming physical abuse and a third party to be the reason.

So much for May-December affairs.

Wow! An action star of a showbiz royalty ties the knot with a darling of Philippine drama of another star-studded family. They seem a perfect pair. Both coming from well-known families in the industry. And they swore twice, before men and before God, translating their love into unbreakable vows.

But to no avail, come early 2013 and everything starts falling apart by the seams even with a kid and an adopted one. Feisty lady cries she’s a battered wife, action star says wify is on drugs and should be confined to an institution. Funny how sister Gretchen sides with hubby, testifying on court.

And BDW, does Mon Tulfo has anything to do with this? Makes me wonder.

PPU#8: Beauty and the Beast

Nice catch! Beauty-titlist captures the heart of a young, dashing Turkish businessman. Sounded like a prince actually. A Muslim prince with heavy hands. Soon enough the “And Pinakamagandang Hayop sa Lupa” star cries physical abuse and undue torture, filing an annulment in the process. Not before giving birth to two fine, young girls.

Another superb union! Their celebrity marriage were splashed on all major tabloids and talked about on TV. Though not the first for the action star from Bohol – his first wife died of brain tumor – he seems to be keeping his promises and is said to have even drawn a painting of her famous wife, nude, as a symbol of his undying dedication.

Then, after 13 years, and 3 healthy daughters, they split. Young wife is adamant his hubby’s cheating on her and files a formal complaint of “physical abuse and rape”. Things started to unravel when hunk-hubby gets linked to a co-starlet in a biographical film.

Yes, sweet-smiling balladeer-songwriter Ogie has proven to us: Love knows no boundaries. And indeed, marrying Ms. Australia beauty Michelle Van Eimereen was a textbook example of a fairytale romance.

Until it all ended in 2007 with an annulment. No one’s complaining and Ogie even attended the lady from Down Under’s wedding – to another Aussie – in Australia.

In 1980, leading lady gets comfy with her hunk leading man in the steamy-hot movie “Romansa”. Before the year ended, they just can’t get enough of themselves and tied the knot. In Las Vegas, Nevada.

Another year and they had a son, now another celebrity host. A couple of years down the road and their marriage became but a memory. Each went their own separate ways and remarried.

Seems hunk-actor, a self-professed Ilonggo, has grown a penchant for separations and married again, only to have it annulled again later on.

PPU#4: A Drama King Gets the Drama Queen

What does it take to have two promising drama prodigies to be united in marriage? Yes, love with all its promises. These two are noted for their stunning acting skills in the drama department even up to today. No doubt about that. And they decided to marry in probably the first beach wedding this country has stood to witness.

Add one child, and 4 adopted ones. Sounds perfect, right? Until the union was annulled in 1996.

To boot, their songs – mostly of love and the pursuit of it – have been woven into the national consciousness today. But they first met way back in 1982 and – what do you know – love made its way through their hearts and four years later they get married.

Sad to note, a decade after and a couple of kids and they’ve fallen out of love and annulled. Lady filed annulment in 1999 amid rumors and allegations of her singer hubby’s infidelity.

Today, they still pair up – but only in concerts.

PPU#2: The Wedding of the Century

With a string of box-office hit movies – Dear Heart and P.S. I Love You – these two became arguably the most popular love team in the 80’s. And then it all became a national event when the lovebirds decide to exchange “I do’s”. Even taking strongman President Marcos as their godfather in the wedding.

Well, it may take more than brute strength to keep them together. For 3 years down the road, they parted ways and had their “wedding of the century” union annulled. Strange, lovely wifey charges bigamy as allegedly gentleman hubby’s married before they tied the knot.

PPU#1: A Twisted Ending to a Secret Wedding

For sheer twists, this has got to be our Top Act. Their worlds collided in the movies – Hindi Magbabago (1990) and Maruja (1996) way back in the early 90’s. Lovely lady’s got the sweetest smile and actor’s got muscle. After some wooing and some flower-magic – he’s said to have filled lady love’s apartment with flowers – they married secretly in 1994.

Perfect! Years after they’re hit by separation rumors. Eventually everything became as clear as day as lady love’s married to another hunk today. And ex-hubby decided to change his name and along with it his sexual inclinations. 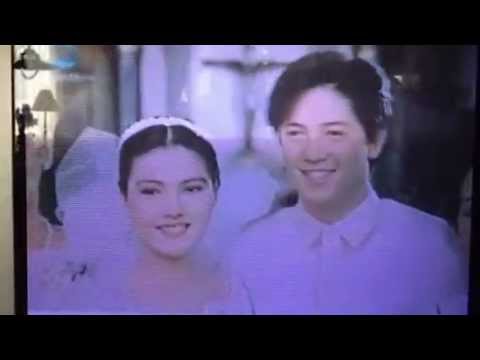 Kawasaki, Honda, Yamaha, etcetera. Remember, folks. Even the great motorcycles brands where perhaps thousands of engineers pour their genius into fail, so lighten up.

Being under the limelight, these actors and actresses could be in a lot of duress. So cut them some slack. And temptation in the industry is second-nature. Though, I certainly give praise to those celebrity couples who remained strong over the years.

There you have it folks, hope that ride was not as bumpy as the roads leading to Cabangahan (a barrio in my hometown). If I have fallen short in this short rendezvous of ours, please drop me a line or two in the comments section below. And do share this article. Who knows? It could be the sprinkle of joy to lift your BFF’s up.