You Have No Idea these Hollywood Films were Shot in the Philippines!

They say that recent blockbuster of a film featuring the giant sea-monster Godzilla started right in the heart of the Philippines where a fossilized egg gets uncovered. But truth to tell, that film is not the only Hollywood super-flick that have Philippines written all over it. 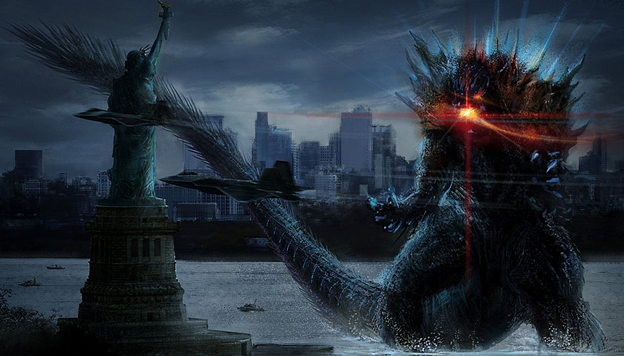 Hollywood is certainly the world’s capital of film. Against it, our very own blockbusters seem like those puny cockroaches that everybody wants to step upon. No kidding. We have not even reached the PhP 1billion mark but our friends in that famous lot in California has produced films that go beyond the $ 1billion mark. Take Disney’s “Let it Go”-containing film for instance which comes by the title of Frozen. That an-hour-plus of entertainment has raked in a billion sales worldwide. Not convinced? Visit this link. It’s not even $1 billion but $1.274 billion as listed.

But no worries or in Lion Kinglinguasay HakunaMutata! The following films prove to every Juan that given the right treatment Philippines is certainly top material for best films to happen. Fair ladies and brave men, the top 10 movies filled with awesomeness that were shot in Las Islas Filipinas. 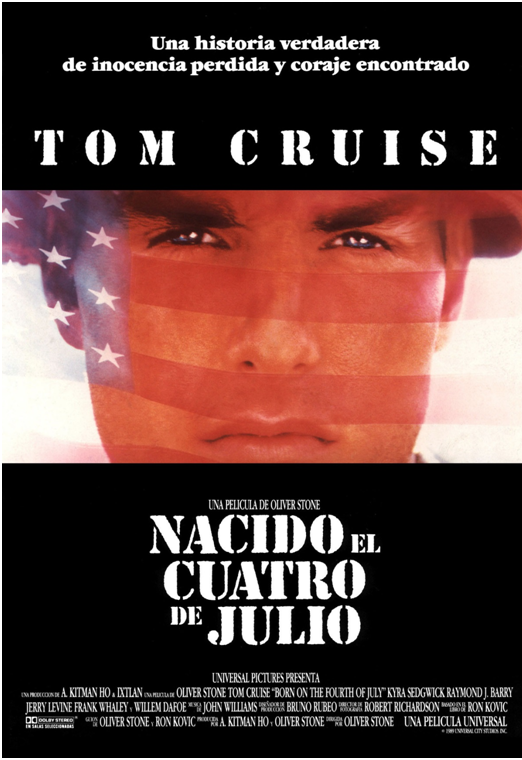 Considered a part of the film trilogy on the Vietnam War of multi-awarded director Oliver Stone who is a war veteran himself, this movie was so intense it became not only a blockbuster hit but also won numerous awards (e.g., Academy Awards Best Director, Best Cinematography, Best Writing, Best Film Editing) that set it miles apart the usual war-and-mayhem Vietnam stuff.

Also this placed Tom Cruise on the map as this is the first film where he got his first Academy award nomination, putting him in a competition of sorts against Charlie Sheen who also starred in another successful Vietnam War movie by Stone.

It is said Philippines is Oliver Stone’s lucky charm as two of his biggest blockbusters were shot in the country. 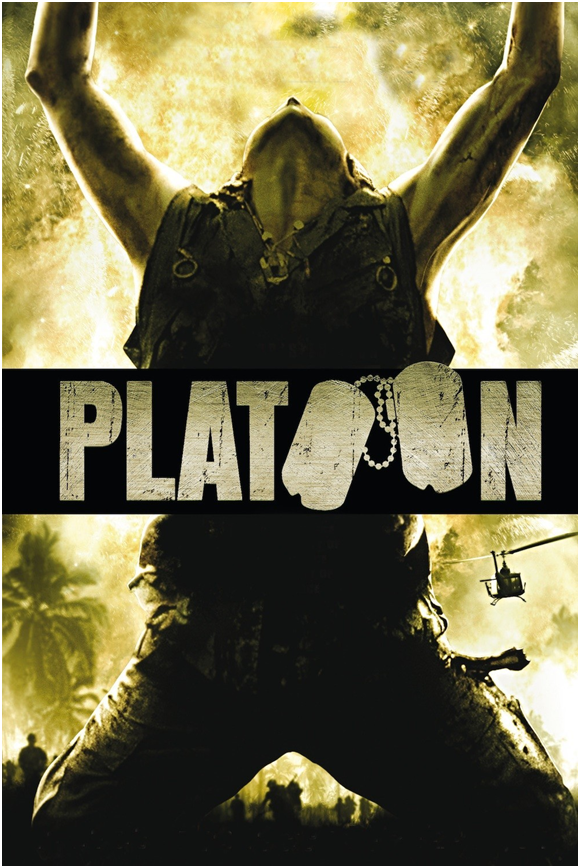 Dubbed the best film of the year and ten of the best for the decade, Platoon heaped numerous awards for critically-acclaimed director Oliver Stone and his crew. Most amazing is the fact that the film was shot entirely in the jungles of Pagsanjan and Cavite.
As it is, it was impossible for a Hollywood outfit to be shot right in the heart of communist Vietnam. 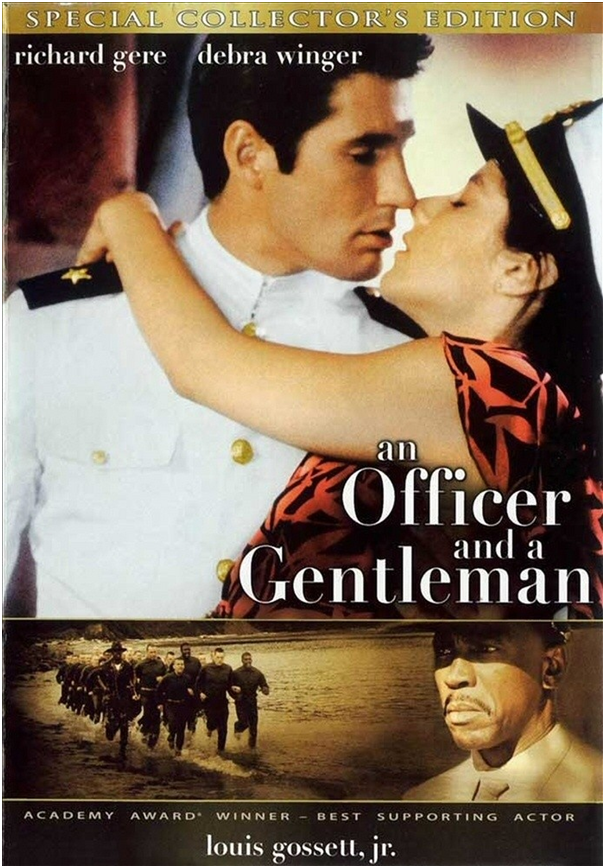 This blockbuster (over $300 million by 2014) revolves arounda military brat who grew up in the Philippines, specifically in Subic, with his alcoholic U.S. Navy father.

Though Gere may not have reaped awards in the movie, it established him as a suave performer and a true larger than life ladies’ man. 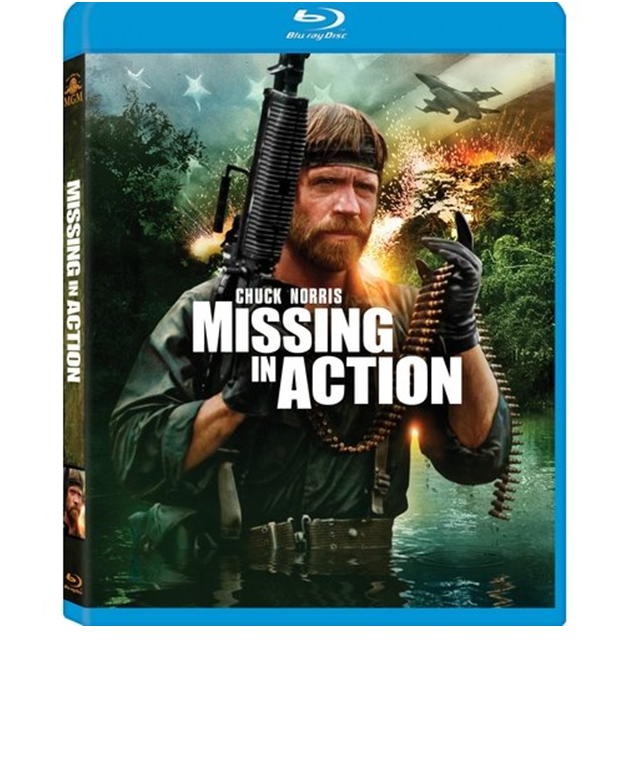 Another Vietnam War film, Chuck Norris a.k.a. William Braddock escapes POW camp and comes back 10 years after in a daring rescue mission.

Despite being catching a lot of flak, the film turned out to be a commercial success spurning more movies and more bankability for the American martial arts legend. 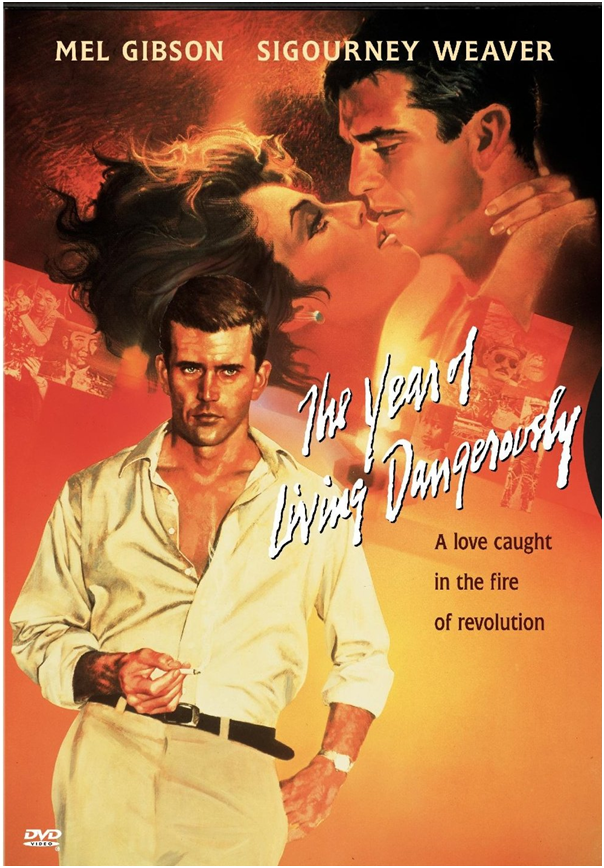 Watch how this brilliant film directed by Peter Weir, showcase the transformation of Manila into a Jakarta, Indonesia in the turbulent 1960’s. Not only did this film showed the Banaue rice terraces, veteran Pinoy celebrity talentsBembolRoco and Kuh Ledesma put to the test along side the iconic “Braveheart” actor Mel Gibson. 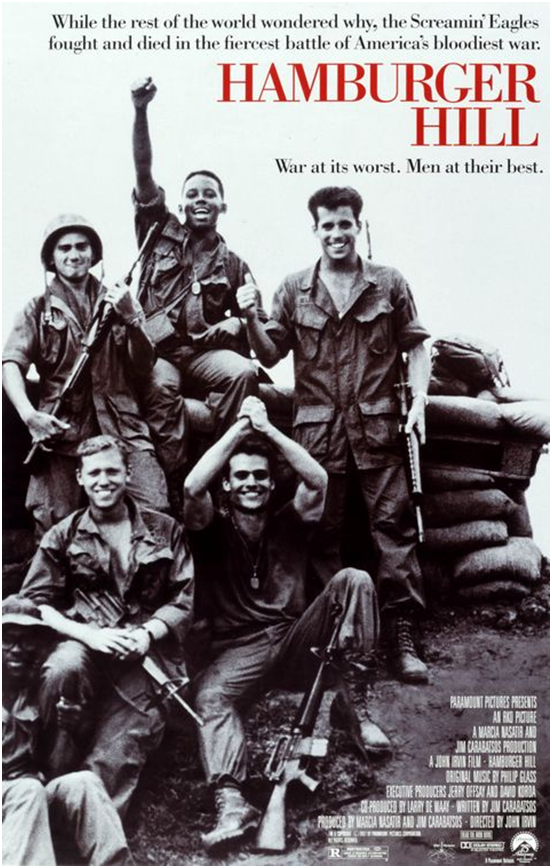 Dubbed as the “bloodiest battle” in the Vietnam War, the U.S. Army’s 3rdBatallion is thrust right to the heart of a well-fortified enemy in this film Hamburger Hill. It speaks of untold genius as areas of Philippines has appeared so “authentically” as Vietnam in the critically-acclaimed flick.

The film also stars Don Cheadle who is known today for his portrayal as an “Iron Man” side kick. 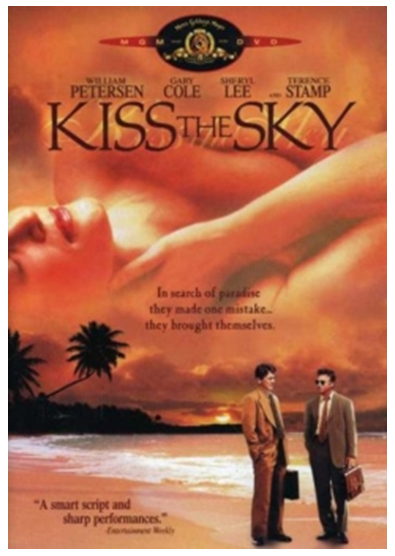 Two American businessmen, friends since college, leave for a business trip to the Philippine tropics. In time, they get to evaluate their lives and consider leaving their responsibilities to embrace once again a hedonistic life. 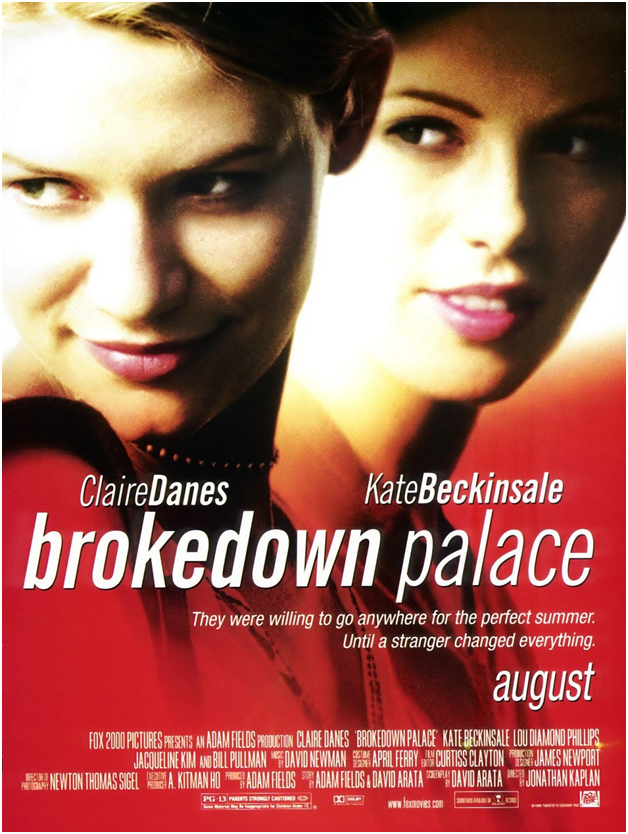 The story revolves around two best of friends who endures hell and beyond as they are imprisoned, accused of smuggling heroin to Thailand.

What made headlines in the archipelago, however, was not the merits of the film but the strong words that the Romeo & Juliet star Claire Dainesleft behind. Reportedly, she said in Premiere that Manila “smelled of cockroaches, with rats all over and that there is no sewage system and the people do not have anything—no arms, no legs, no eyes.”
That caught the ire of many Filipinos, then-President Estrada including.

As a result Danes was declared a persona non grata in the country with all her films banned from being screened in the islands. Brokedown Palace tanked in the box-office earning only a messly $10million over a $25million budget. 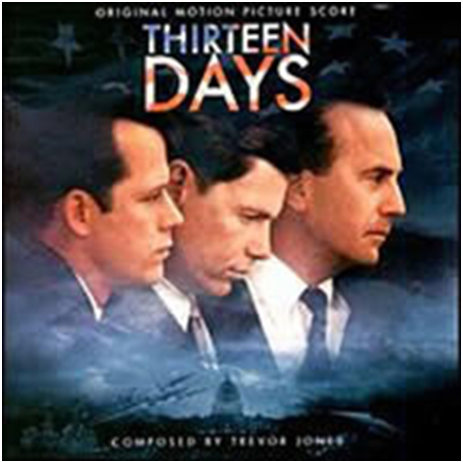 A taut American drama-thriller film, Thirteen Days depicted the ever-so delicate Cuban Missile Crisis of 1962.
The film shows the chameleon-like nature of the Philippines as shots were taken in Clark and Pagsanjan to portray Cuba and Vietnam scenes were also shot in Cavite, Pagsanjan and Luneta Park in Manila 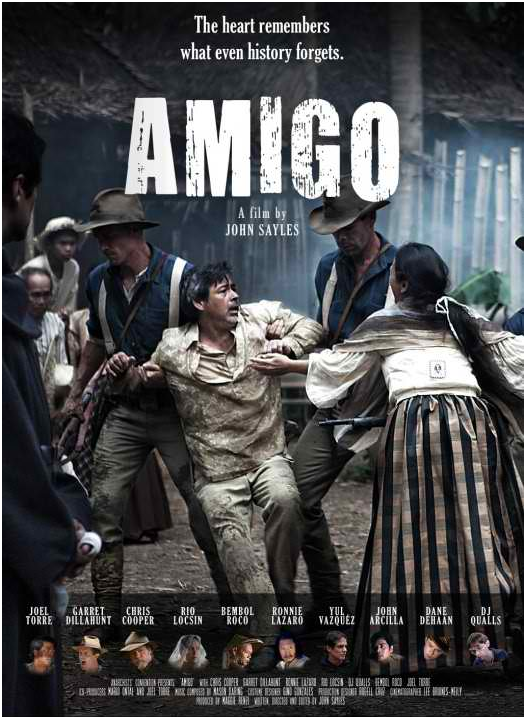 The movie that tackled the Philippine-American War bringing to the fore harsh realities between the two races during a time marked by tension –perceived and otherwise. When suspicion and mistrust were rampant. Also, David Fear of Time Out of New York emphasized that Amigo looked at “America’s present world-policing endeavors though the prism of past ones.”

Shot in Bohol, Sayles loved the location so much he was moved put his strong emotions in his blog at www.johnsaylesbaryo.blogspot.com. 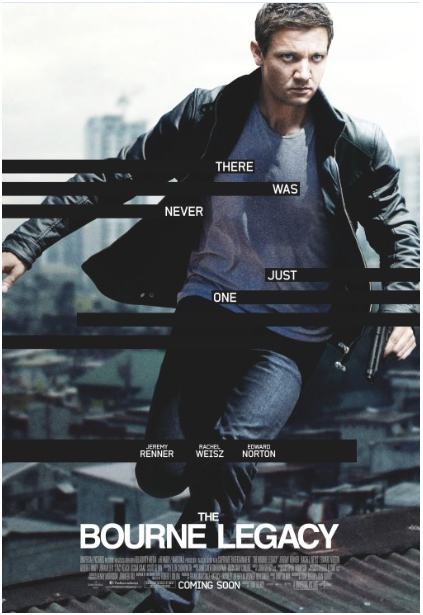 The Matt Damon-less sequel or side story to the original Bourne series was another blockbuster that had an extensive time being filmed in the busy streets and marketplaces of Manila ab and the beaches of El Nido, Palawan.

So, folks. I hope that bit of a ride was fun. Let me know which of the 10 constitute your fave flicks. Please find the comments section below handy. And yes, I’ve left nifty share buttons for easy sharing.