If creation started with a pair of all-naked Adam and Eve that was botched with a talking snake, then certain species in the Philippines are slowly approaching that point in their existence. About to be decimated to extinction and being reduced to but a few pairs. Only thing it’s the forebears of Adam that’s wrecking havoc, and nobody’s talking about it – not even a snake. 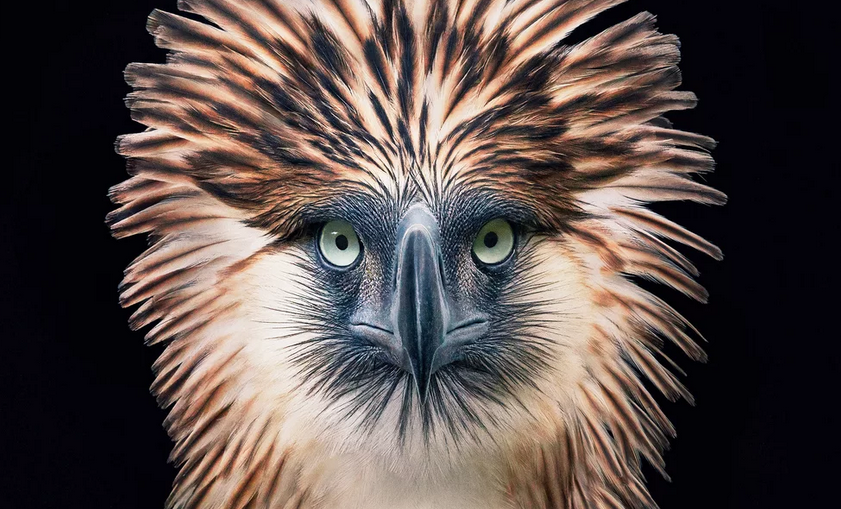 Most certainly, we’ve all heard about the plight of the dinosaurs, of the mighty T-Rex and the whole gang of giant reptiles who were erased in the face of the Earth. Though that may come as a giant relief to you and certainly to all of us (we’ve be smothered in no time with them colossal beings running around), that is also a big think for every Juan. It means we’re all expendables in the face of this Earth. More so, our most critically endangered species. The saddest thing is for most of these creatures, living with man seem to be their most unfortunate fate. As the case maybe, man – if unchecked – has become nature’s biggest enemy.

Friends, Pinoys, every Juan, presenting a special kind of Death Row: the Top 10 Animal Species about to be Wiped out in the face of Planet Philippines in specific and the Earth in general. Yes, if it had its way it may not hesitate in taking a chunk out of your limbs. Careful there!
But the opposite is true. Through the years, many of these Mindoro crocodiles – endemic only to the Philippines – have disappeared falling prey to relentless hunters. Mighty and dangerous may the Philippine Crocodile be, its hide is a prized catch, an expensive material for fashion accessories (e.g., bags, shoes).

So if you truly love our very own endangered animals, be wary of what you buy in those slick exclusive fashion bazaars!

Unlike the saltwater crocodile Lolong, said to be the world’s largest crocodile at 21 feet long weighing 1,075 kilos, Philippine Crocodiles also called as Mindoro Crocodile are much smaller growing 3 meters or less than 10 feet (almost half of Lolong).So it’s not the big saltwater crocs that are endangered, it’s their smaller cousins. Its heart must be bleeding saddened by its fate.

Another species that is fighting for its very existence is the Mindoro Bleeding-heart, a type of ground dove with the unmistakable red markings on its chest. The sad reality is most, of its natural habitat has been cleared as majority, if not all, of the primary forests of Mindoro have been cleared. This bird with a lot of weight on its horn, is found only in the Philippines. Yes, you’re right. No other country has this mighty specie.

That fact alone should make us proud. Had it stayed that way. The thing is the Kalaw or rufous-headed is in an extremely rapid population decline or in plain English their numbers are dying. It’s a shame that we can’t take care of such a wonderful bird treasure. 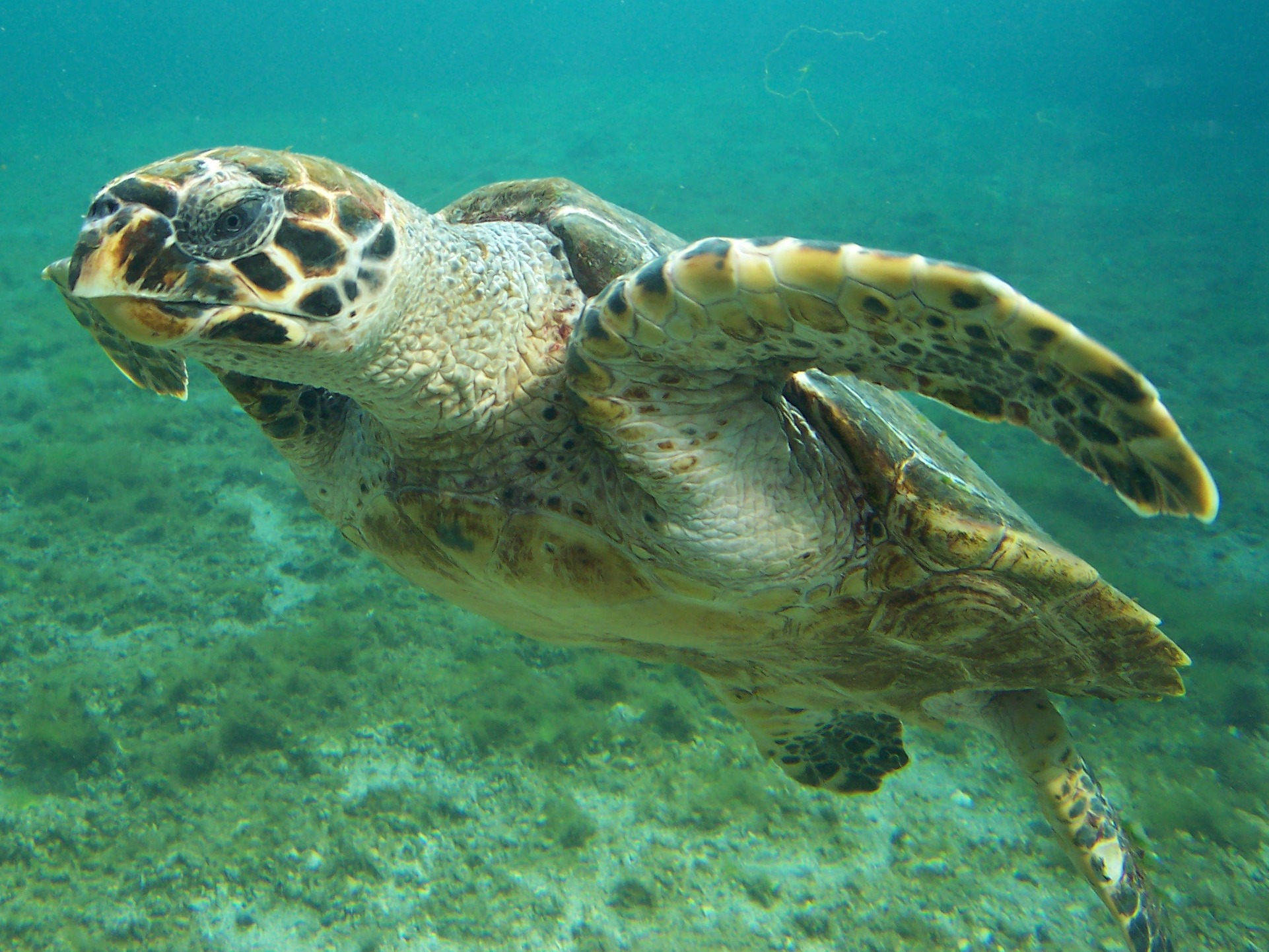 Again here is a story of how a wonderful creature can be lost in the face of the Earth all because of human impact.
Distinguished for its narrow, pointed beak that earned it its name as “Hawk’s bill”, this medium-sized vegetarian of a turtle has been under heavy attack from humans in general, and Filipinos in particular who hunt them for their meat and for their shells which are prized material for many accessories in the fashion industry. 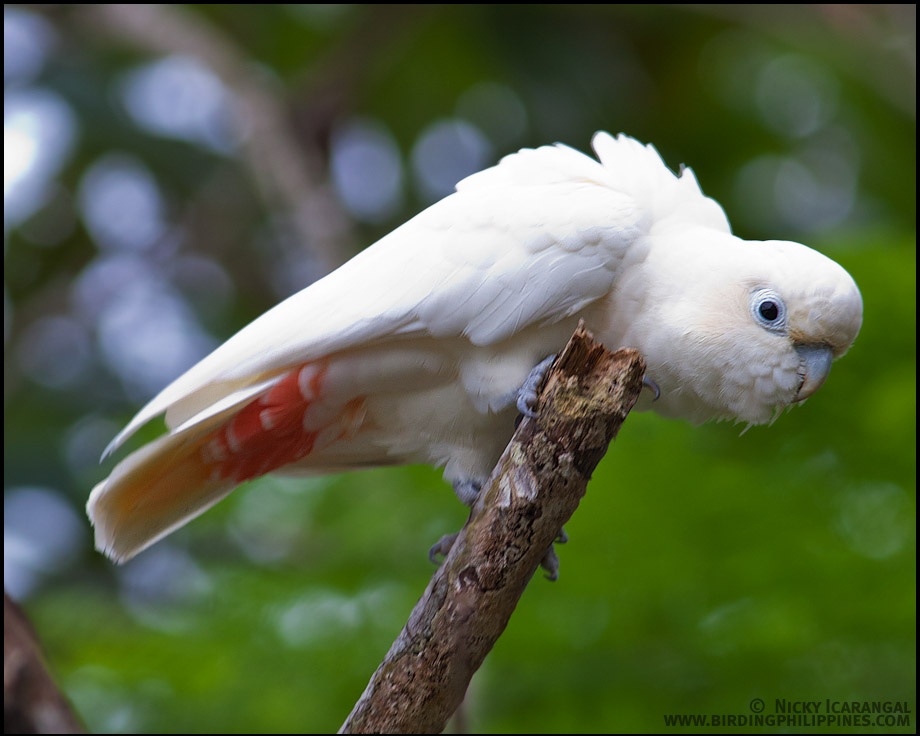 You can never mistake this 12 inch-long cockatoo made up of just two colors: white and red. Like a priest out to say Holy Massthis bird is all-white with red feathers around the vent.

Perhaps because of its strikingly-clean personality, the red-vented has become a victim of the cage-bird trade with a bird fetching as much as $160 in Manila. And that was in the late 90’s.

This turtle may have gotten a misnomer as it is totally not endemic to the island of Leyte but only in the Palawan island group.

You can easily distinguish this land turtle by its ginkgo-shaped vertebral scutes (at its back). Also, a line which is colored pale white to yellow traverses across its head behind the ears.

They are prized as pets and ranks as one of the most commonly confiscated species in the Philippines with overseas buyers visiting the islands to collect them. However, sadly, the Philippine forest turtle do not do well in captivity making them avery vulnerable species. Size is not everything. Being the largest cave-dwelling bat in the whole archipelago measuring up to 220m in total length is no protection. Instead, the Philippine naked-backed fruit bat has attracted bad men, being hunted for its meat.

However by some twist of fate, this mega bat specie known for its naked appearance due to the wings attachment on the midline of their back, made an amazing recovery. Reported to be extinct in 1970’s, the night-flier known to very equipped at biting through hard-skinned fruits making them extremely unpopular to farmers, were rediscovered, though in small numbers by the 2000’s.

Fortunately, Cebu forests where this bat is endemic to is protected by law. Negros may do well to follow suit. 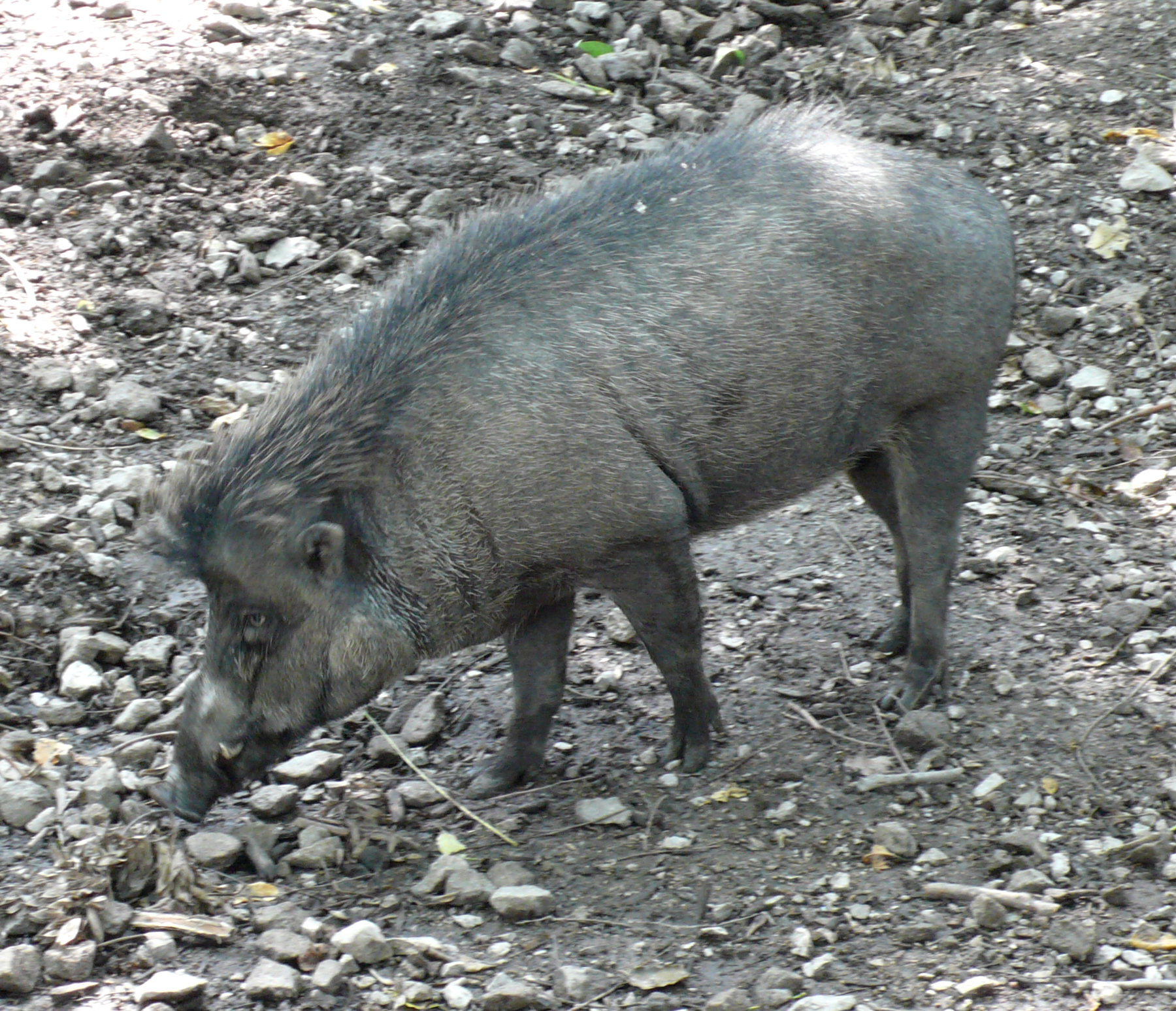 It’s no secret Filipino love to eat pork. One of the major reason why this wild pig known for the 3 pairs of wart in its appearance has become so rare.

And to confound things up, the pig has as a subspecies the Cebu warty pig. Seems things are looking bleak for the boar as Cebu is the unofficial lechon capital of the Philippines.

Luckily, breeding programs for the specie are being undertaken in Rotterdam Zoo and San Diego Zoo. 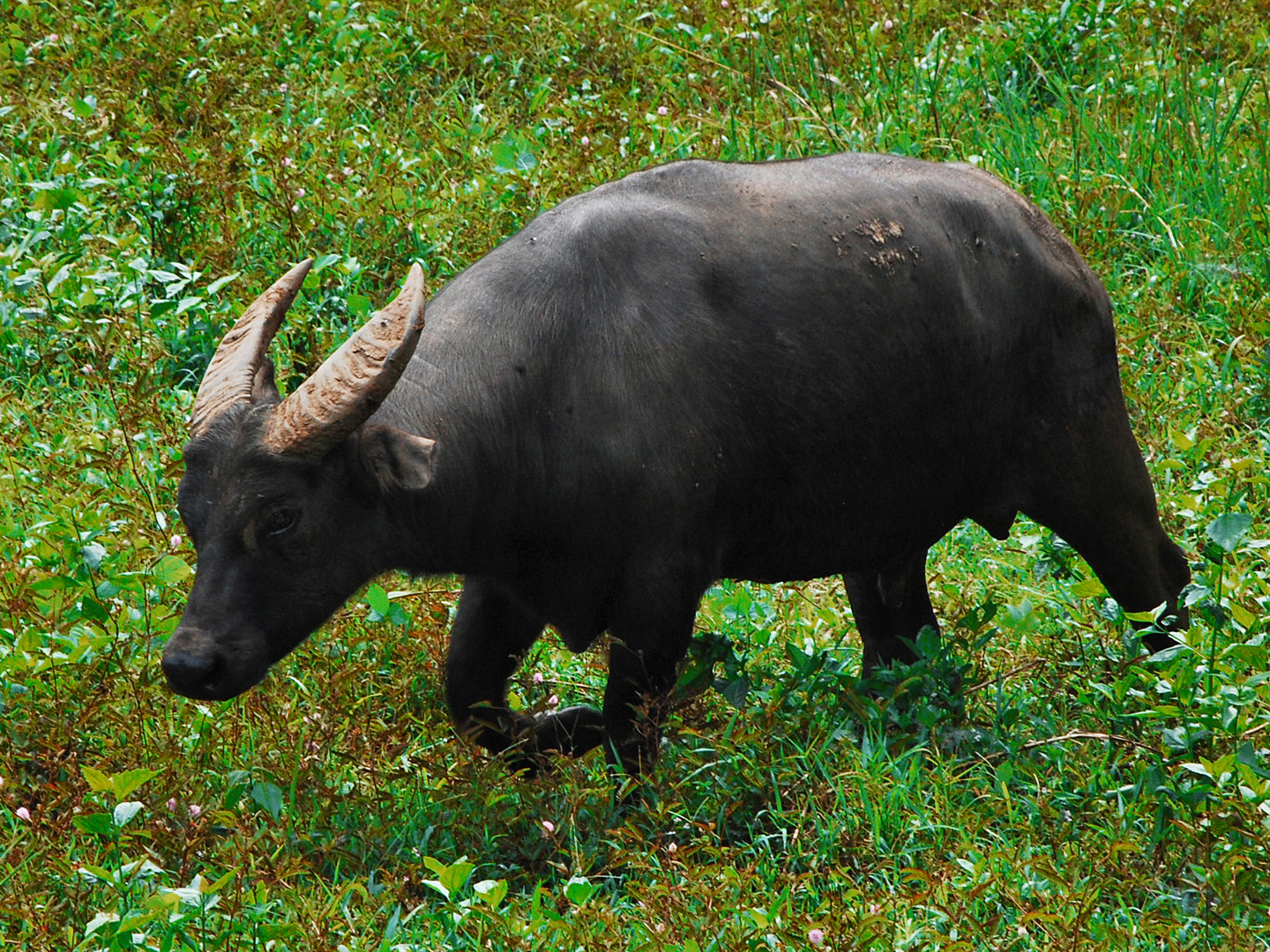 The wild buffalo, a distant cousin of the carabao, has been grazing the land 12,000 years ago, long before there were any natives to disturb their peace – much less malls.

Today, however, the Tamaraw distinguished by its slightly smaller build and V-shaped horns as compared to the more docile carabao, holds its final stand in the rugged mountains of Mindoro. They are at the brink of extinction as only about 350 remain. 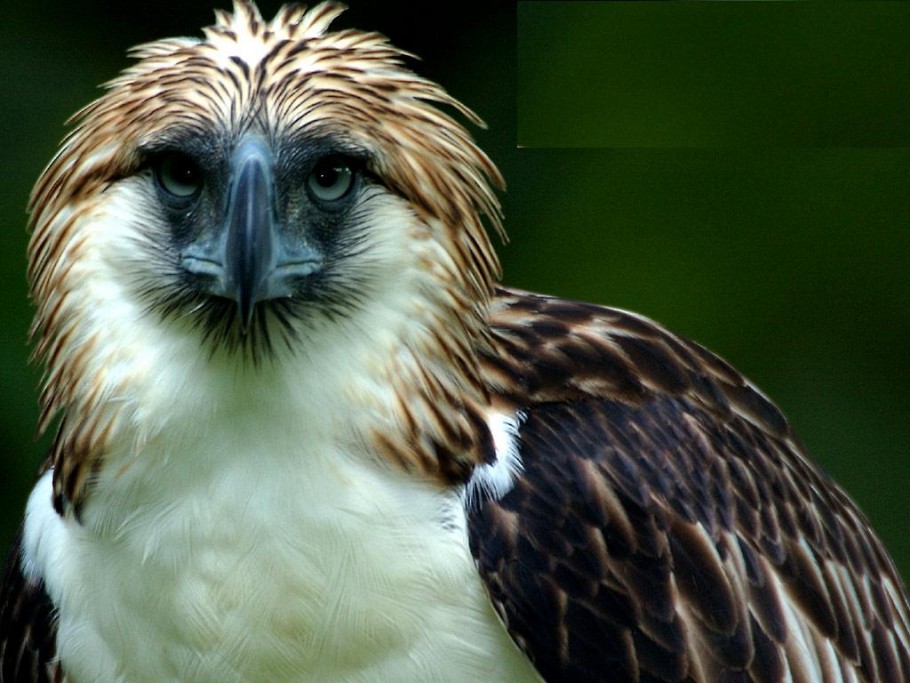 Though like a king of the forest this eagle is among the most powerful of birds with sights that are the stuff of legends, the Haribon has become one of the rarest. Foremost cause for this population decimation is habitat loss.

If you fancy catching the Philippine Eagle, think again. Killing one means you’d have to spend 12 years of your life in prison. Not to mention paying heavy fines.

That’s it folks. For a more comprehensive list, please click here. This is not a hopeless case though. But certainly an uphill climb.

Let us take part in redeeming our future. In this regard, let us hear your plan for affirmative action in the comments section below. Nothing is impossible with a 100 million people working as one. Start by sharing this piece of information. I’ve provided the share buttons below for easy-sharing.

Truly, we don’t have to be great to start, but we have to start in order to be great!