These natural canvas of stone structures formed over hundreds and hundreds of years by mighty force of water, among many other prive movers, are a joy to experience. That they need to be sought down under gives them added mystery that only makes the package even more desirable. Over time, these hidden sites attract the hobbyist spelunker and the curious. 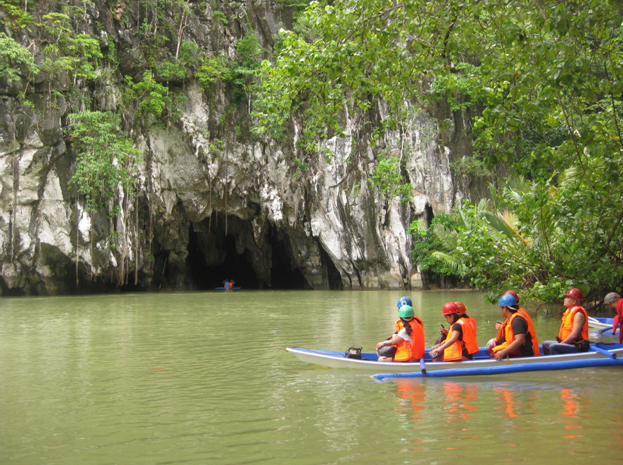 It’s no secret only your imagination will limit you as to what you’ll find beneath. Some see images of the Lord and call them holy, though I bet the Church would not be so easily persuaded. Some are certain all sorts of animals are presented. Perhaps even some will stand witness to a Coco Martin doing another crazy woman-animal stuff reminiscent of Bench’s the Naked Truth. Whatever your eye will tell you, there’s no denying these caves speak of untold beauty. They may not be a site people see everyday but they certainly evoke unique feelings of exhilaration. And endless wonder.

Friends, Pinoys, every Juan, allow me to present a national treasure: the Top 10 Most Sought-after Caves in the Face of Planet Philippines. 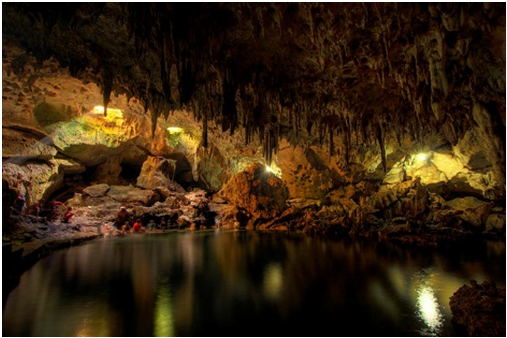 It seems this cave was really meant to be discovered. Complete with natural lighting, you will be amazed at the play of light falling on the maze of large stalagmites and stalactites.

Accidentally discovered, the cave got its name from the Bisayan word “hagdan” or ladder as the original discoverer of the cave had to build a ladder to get inside the hollow underground. Both ends of the cave are open and though a pool of water exists, swimming is never advisable for health reasons – not to mention snakes.

It’s easy to be bewitched by the beauty of the cave. However, as in most caves, slippery stones abound inside and visitors should watch their footsteps in order to avoid unnecessary accidents.

If upon seeing Hinagdanan, you feel like wanting to get into more caves, then Bohol should fit to a T as the island is home to over 1400 caves. 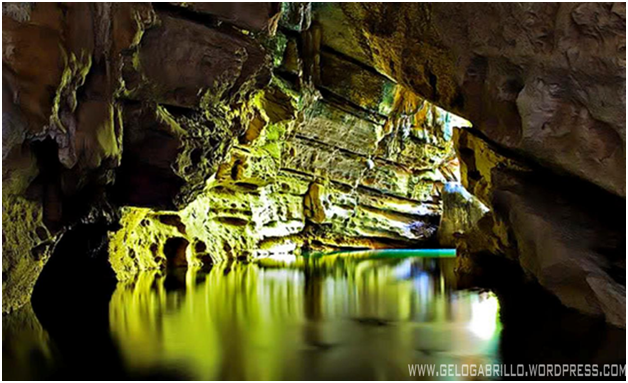 Not only does it hold a significant place as a mountain hideout in the armed revolution against the Spaniards and once the HQ of President Emilio Aguinaldo, the cave is a site to behold with its hanging bridges and staircases that connects rivers and caves.

In short, a true adrenaline rush of an adventure. 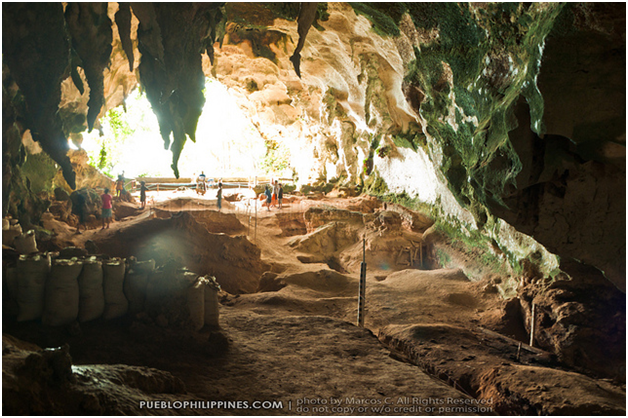 Famous for the over 22,000-year-old skull of a Tabon man found in the caves, the Tabon Caves is a travel through time. It is said that the cavern has been inhabited by man for over 50,000 years already and is in fact half a million years old. 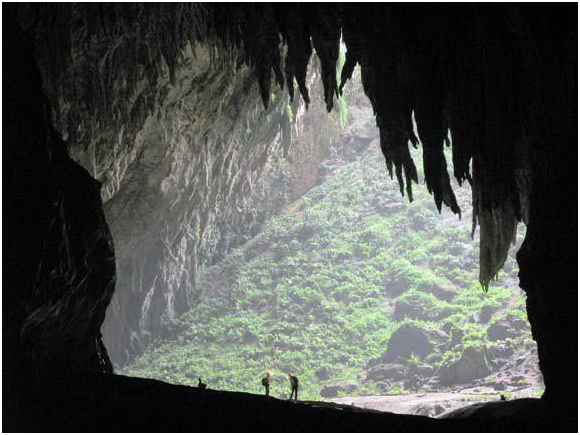 If there was one thing that Calbiga, Samar can boast of it has to be this Langun-Gobingob Caves. Today, it holds the distinction as the biggest cave systemin the whole of Southeast Asia with a cathedral that’s 2nd largest in the whole world with nearly 3,000 hectares.

If you’re looking for big,Langun-Godingob will hardly disappoint you. 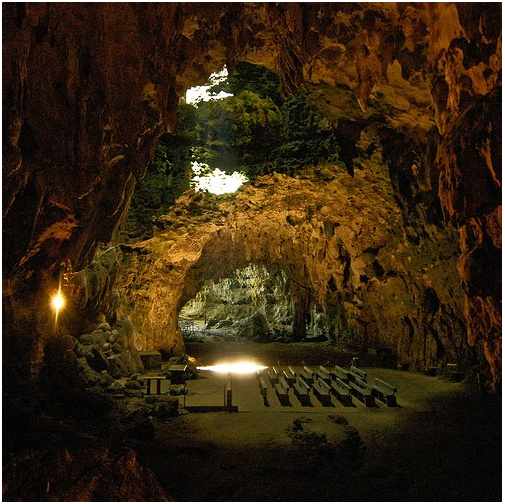 Not only is this seven-chambered cave massive, its beauty is legendary as rock and limestone formations form the semblances of an assortment of things (e..g, chapel, dog, rocket, lion’s head). Added to this is the fact that all chambers have natural crevices allowing shots of light to get into the dark corners of the cave, creating an even more beautiful design within. 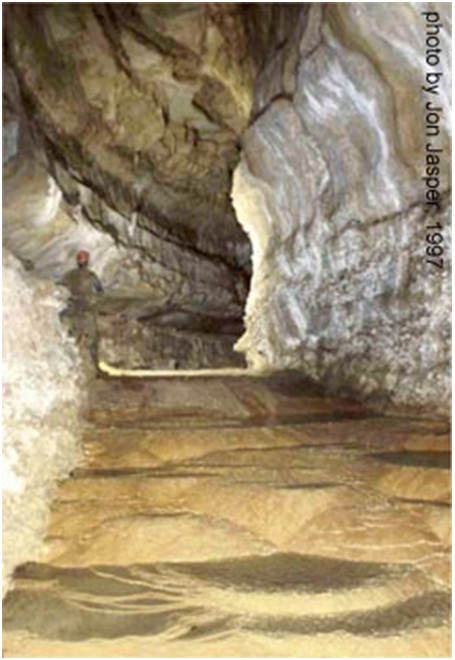 If you want to see the 2nd deepest cave in the whole peninsula then you shouldn’t miss Jackpot Cave. No wonder this cave is a major tourist attraction in Cagayan to add to any spelunkers and cave explorers top bucket list.
Location: Province of Cagayan 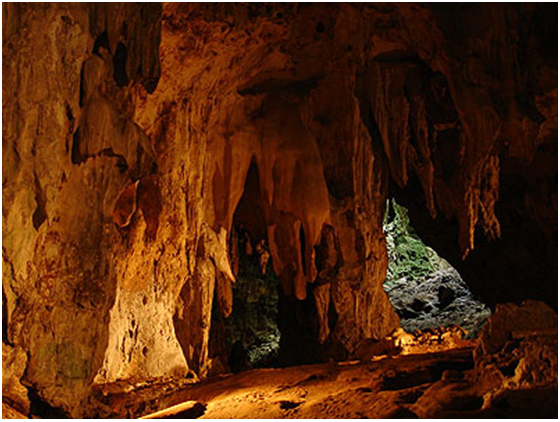 Another reason to be in Cagayan. This 3rd longest cave is connected to the village of Tumbali, reason enough for its name.

You may be in for a pleasant surprise when you see the site as it beaming with all the energy and finesse with its beautiful interiors. The cave has a lot to offer to local and foreign tourists alike starting with it lagoon for swimming and cave diving spots. 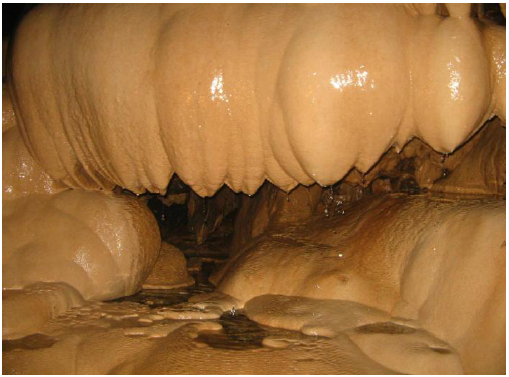 In running as the deepest cave in this side of the Pacific, this crystal cave is one beauty you dare not miss. Its hiding ability is legendary making it a favorite fortress for Pinoy guerillas during WWII. With 6 entrances leading you to it, you will be privy to some of the most enthralling natural formation hidden from the world above.
Today, this cave is the deepest in the whole Philippines. 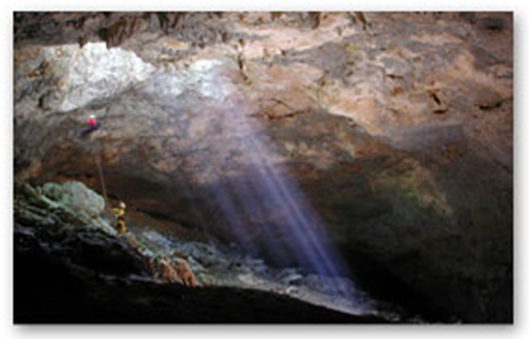 With 5 entrances connected to each other, you will never ran out of beautiful crystalline formations in the abundance of large galleries that awaits you. No wonder Odloman is one of the most visited caves in the country today.

As a whole, this cave is considered 2nd longest and 6th deepest in the whole archipelago. 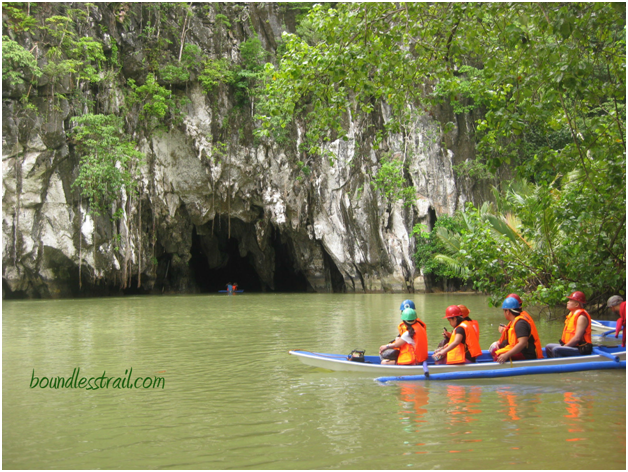 This wonderful river earns the distinction as the longest navigable underground river in the world. With its scenic beauty that is nothing short of breathtaking, the Palawan River has become one of the foremost central tourist attraction of the country. Be prepared to be astounded!
It is also the 3rd deepest in the country.

So, there you have it folks, another reason to get up and all about in the Philippines. I sure hope I’d bump into you one of these days. Let me know which attracts you more. I’ve provided a comments section below for a little chitchat. And yes, you also have those nifty share buttons for your convenience.

Beauty, in the case of caves, lies in the deep. Funny how the harder you find a thing, the more treasured it becomes.