Beware, These Philippine Plants Could Kill You

Truly, reality is stranger than fiction. And this could never be truer than in your lovely garden. Like a bolt of lightning from a clear blue sky, you could be in for an unpleasant surprise to know that behind those beautiful ornamental plants in your garden lies a killer – something that could be the cause of you or your loved one’s demise. Plants are a beautiful thing, no doubt. We all have been informed since way back when in the 4-corners of a grader’s room, the merits of the many uses of plants to Planet Earth in general and man in particular. But truth to tell, asmetamphetaminehydrochlorine (or street name shabu) is the end-product of virtually harmless chemicals, certain chemicals in plants can have its adverse effects in the homo sapiens species.

Behold, 10 plants you ought to watch out for, or risk being buried 6-foot underground. Yes, definitely not alive. Oh, to start, here’s a not so naughty one. Buta is the Visayan word for blind; the other common name for the plant is the blinding tree. And you should take a hint.

Amazingly, buta-buta is a sturdy plant and grows strong both in muddy and stony soil (it is usually found in the land side of mangroves) with its wood ideal for firewood and timber.

But that is not what makes this plant notorious. The tree bears a milky juice or latex that is scathing as it is filled with toxicity. A few drops can cause your skin to turn blisters and your eyes to lose its sight.

Because of this, the plant has been exploited as a fish-poison preparation. Creepy! 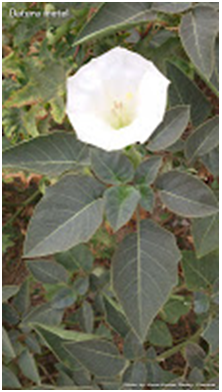 Known to many common-folk, the hallucinogenic properties of the cachubong plant is legendary. No wonder, it has become a weapon of sorts in many enterprising criminal’s arsenal. In China, for instance, it has been mixed with good old tea and drunk without any suspicion raised. This plant is common in open, waste places in and about settlements, throughout the Philippines..

A GMA 7 documentary featured young boys doing a “session” using Cachubong. After inhaling the aroma of the burnt leaves, all hell broke loose and all of the boys acted with no decorum whatsoever hurting each other in the process. One got so severely affected, he lost his ability to engage in a conversation, talking to himself alone. Here’s a newsclip about of a group of men who drank 8 O’clock juice drink laced with katsubong fruits in General Santos City back in 2004. 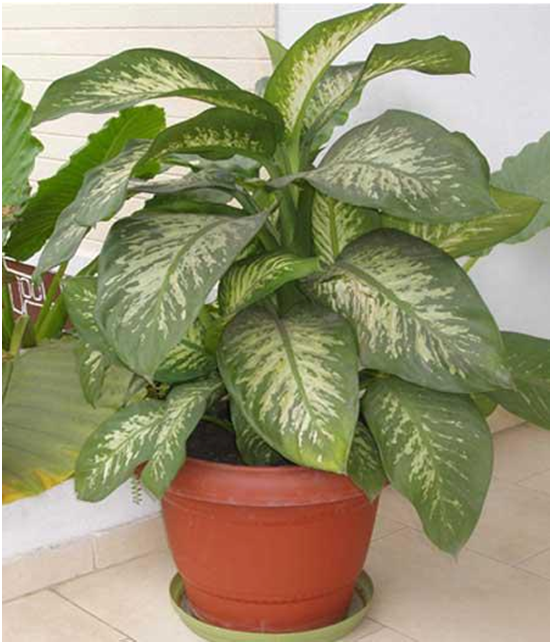 A native of tropical America (now widely distributed), the dumbcane is a very homely plant indeed. Wait till you hear all the little things associated with it namely:

The reason: every portion of the plant harbor the needle-like calcium oxalate crystals. If by accident, the plant gets chewed, these crystals are released to the system of the unfortunate individual causing intense pain and painful swelling of the mouth.

Noted for its toxicity, native Amazonian people used the juice of the plants to act as poison in their arrows. 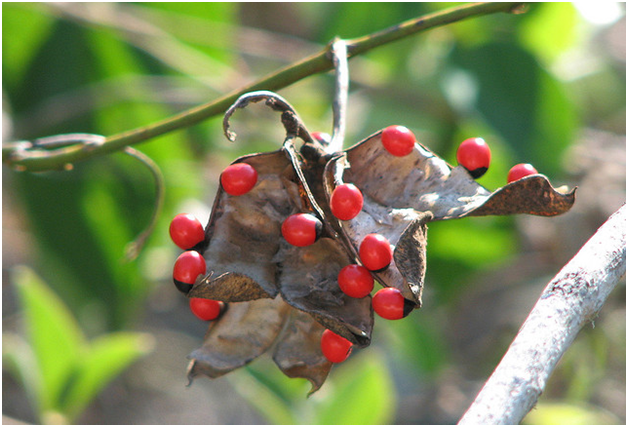 Native to India, Sri Lanka, Thailand and the Philippines, the rosary pea is a cold-blooded killer, a slender perennial climber that finds its way through trees and shrubs. One can easily identify it via its seeds which are bright red with single black spot. The rosary pea can be found in dry thickets of lowland to medium altitude areas.

It is so lethal that cases where a mere 3 micrograms have killed a fully-grown human have been reported. And even using the seeds as beads is never advisable as people have been known to die pricking their fingers on the tip of drill bits used to drill holes on them seeds.

It’s poison, abrin, is 75 times more deadly than the ricin of the castorbean (see #6). For its toxicity, this one should be renamed into Death Pea, don’t you think? 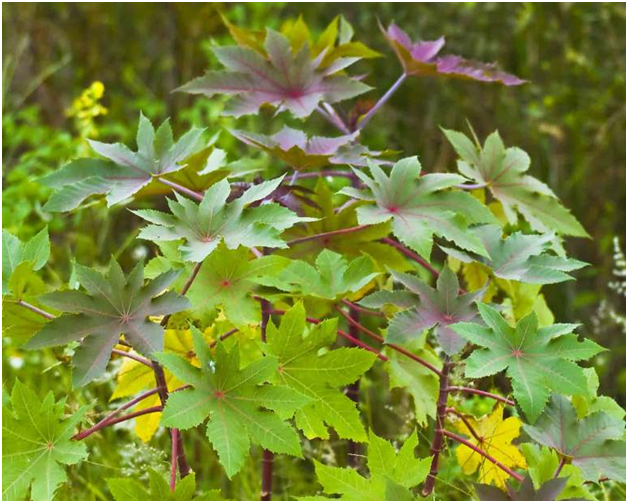 Looks very familiar right? Because plenty of these plants grow in the wild (native to the Mediterranean region, Eastern Africa and India; now widespread in the tropics as an ornamental plant.). So here is another reason why you should not just experiment things on your own.

And on the good side, the plant has been the source of healing via the widely-used Castor oil. But you should stop dead on your tracks if you are handling this plant, it is so toxic it takes but 4-5 seeds to kill a full-grown adult. This is because of the toxin called ricin found throughout the plant. And if you are nagtitipid, just one seed would do to kill a human in 2 days.

Initial sensation once the seed is ingested is the burning sensation in the throat and mouth followed by diarrhea and vomiting. Once the symptoms have set in, the process is unstoppable and the final cause of death would be dehydration. Oh shucks! 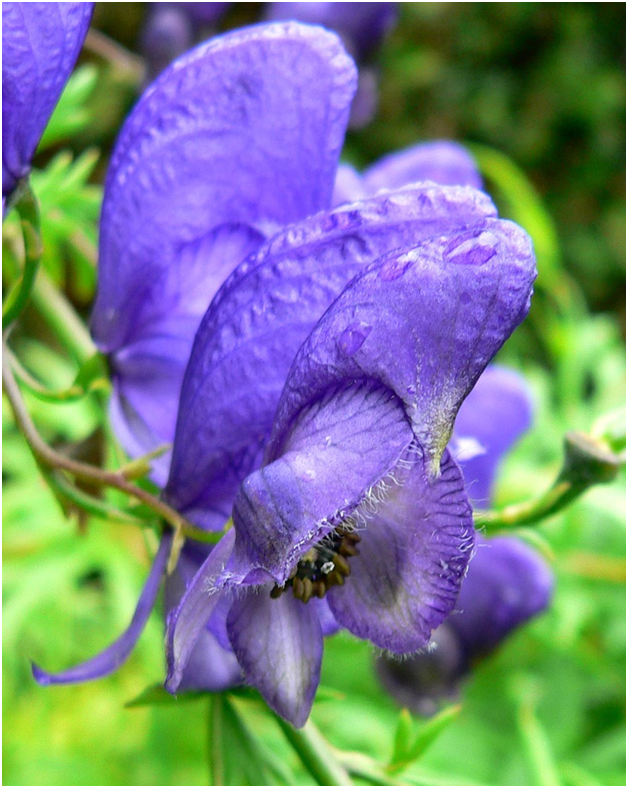 Yes, this plant is beautiful and drop online and you’ll see many selling it in the Philippines (it only thrives in cool mountain areas). But don’t let the beauty fool you.

A plant belonging to the buttercup family, wolfsbane (also called devil’s helmet) contains large quantities of poison known as alkaloid pseudaconitine. This poison is so toxic the Ainu people of Japan have used the poison for the tips of their arrow for hunting. And if you’re wondered how it got its name it’s because the poison in the plant has been used to kill wolves. Historically, Germany utilized the poison in their bullets and in ancient warfare in Asia the toxic substance has been used to poison water supplies. Here one gardener’s story of a fatal brush with aconite.

Once ingested, burning sensation in the limbs and abdomen follows. And if by any chance large doses have been consumed, death could follow in as little as 2-3 hours. Just to give you an idea, 20ml is toxic enough to kill a human. 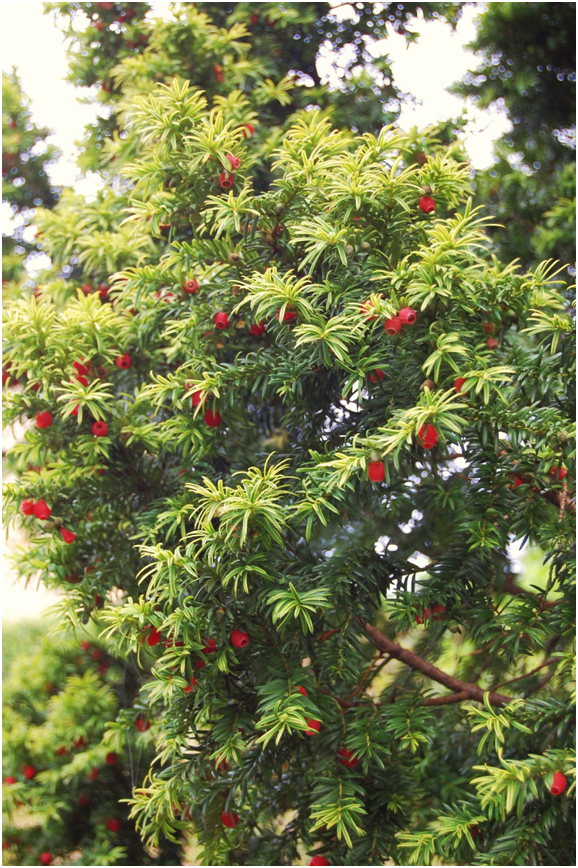 Careful, careful. Right off the bat, this is one of the most dangerous plants on Planet Earth. If you are out to redecorate your garden, chances are your decorator may suggest using the English yew bush as a foundation plant for hedges. Don’t be fooled by the aesthetic value.

Many Philippine gardens have been adorned by this breed but hear ye! Endemic to Europe, Northern Africa and South West Asia, this tree has a soft, bright-red berries that are palatable, enjoyed by a lot of birds. But the fruit is the only part that is non-toxic, 50g is enough to kill a human. Symptoms include:

Worse, death can be so forthcoming, many of the symptoms are missed. 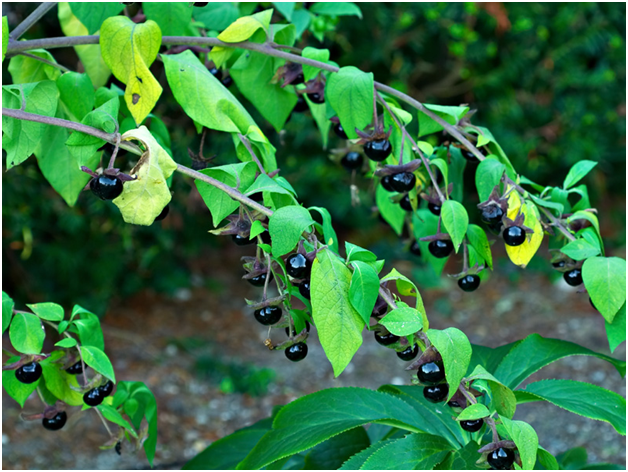 This is one contradictory plant. On one end proper extraction has made this plant useful as an antipyretic, antiseptic, antispasmodic among many other uses.

However, ingestion of the fruit, especially of a young plant, is toxic. Symptoms include:

The whole of the plant is poisonous but it’s the berries that are most dangerous as they are naturally sweet and would attract children. As it is, 10-20 berries can kill a fully-grown adult but as small as 1 leaf – where poison is more concentrated – can kill a man. Spooky! 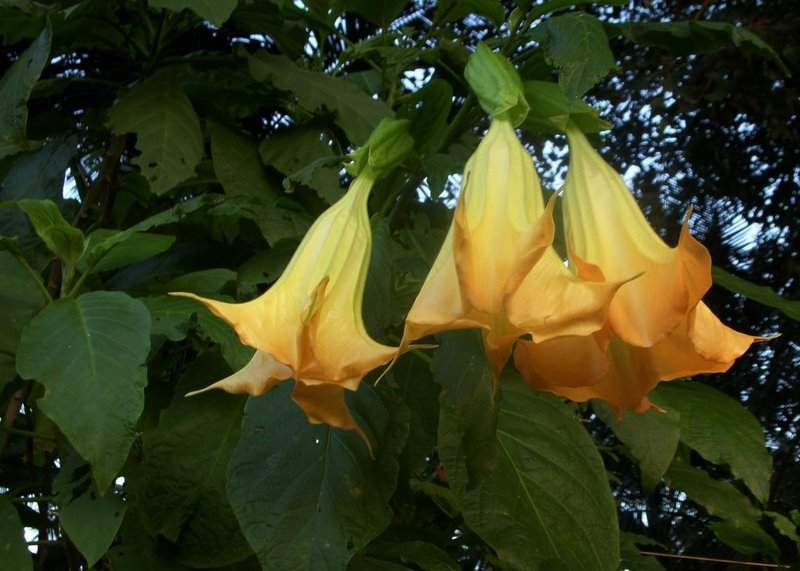 The flowers of this plant looks beautiful and many have been captivated by it alluring beauty. Enough to call it Angel’s Trumpet.

But behind the charming form lies a killer. Traditionally, the plant is utilized as a hallucinogen and intoxicant because it is rich in scopolamine (hyoscine), hyoscyamine, and atropine – a trait it shares with its relative Datura. The Trompeta is home to dangerous alkaloids namely:

Overdose of any of these alkaloids can lead to poisoning. And worse, the enchanting plant can be deadly as it can accelerate the heart rate and cause cardiac rhythmic disturbances, which is fatal. Just to give you an idea, as little as 4 grams of the Trompeta leaves can be fatal to a young child.

A 2012 Vice documentary featured one of these alkaloids, hyoscine (aka scopolamine, aka “The Devil’s Breath”) from Trompeta (known in Colombia as Borrachero Tree). The documentary called it “The World’s Scariest Drug”.

So seeing this beauty growing in your neighborhood is certainly no reason to be happy!

Scientific name: Brugmansia suaveolens and other species in the genus Brugmansia. 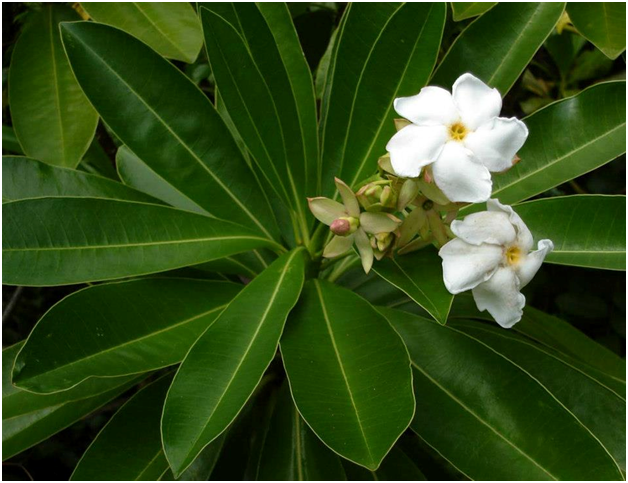 Ok. Here’s the oddest one.

For starters, because of its notoriety this plant has been dubbed the ‘Suicide tree’. And not without good reason, Pong-pong is native to many ASEAN countries. It’s endemic to coastal salt swamps and other marshy areas.

If you are not too familiar with the plant breed, please check the picture at the beginning of this article. That should make it more identifiable.

What makes this seemingly harmless plant stand out – like a sore thumb – is it yields a potent poison, so potent it has been used for suicide. Or for the sinister kind, murder. So watch out! One could be right in your backyard all these years and you didn’t even know.

To start the conversation, please find our little magic box below. And should you want to push some buttons, try the Quick Share ones. No need to look far, a few familiar icons and you’re on your way. That way you’d give your social media fan-dom something to pass their Saturday nights other than a glass of cheap wine.