History will tell you men can take only so much. And true blue Pinoys during Spanish times are no exception. As abuses pile up, the Spaniards find themselves a helluva problem – one where all tactics in the book ran short as blood start spilling.

Like a hot air balloon, these uprisings were sporadic. Exploding from out of nowhere, sending the whole Philippine islands in suspended animation. In shock. Truly, when men fear not even death, all hell seems to break loose. Yes, the spark that triggered it all was instrumental. But it was the abuses and the reprehensible acts committed by the sitting Spanish authorities that has made these rebellion possible. And if you look at the timeline, the himagsikan that was started by the Great Plebeian in Bonifacio and kindled by Gat Jose Rizal are nothing but the refinement of all these revolts. 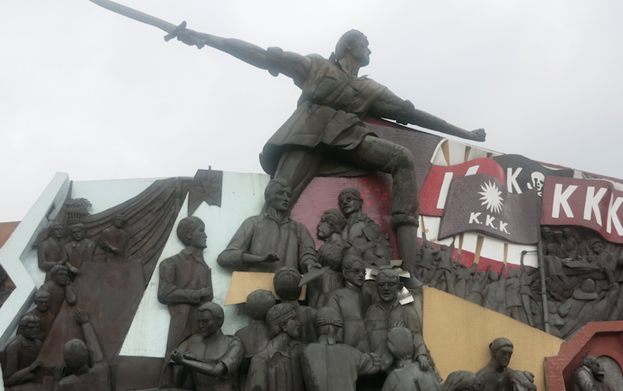 Gentlemen, 10 instances where Pinoys show they cannot be trampled upon and trodden without bloody consequences. 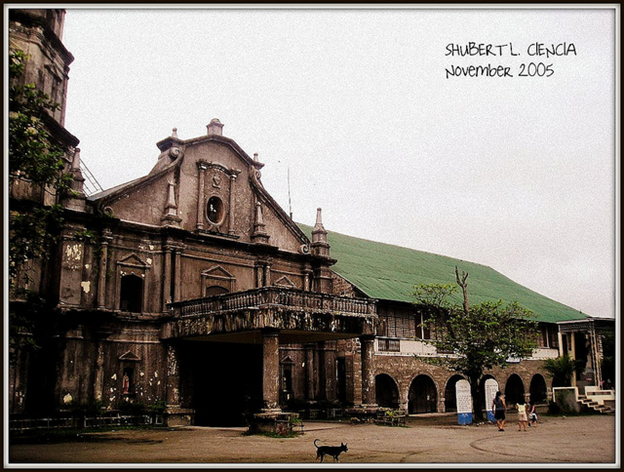 Now, Capampangans are not people you’d like to mess with. And all the anger boiling inside for our brave kababayans from the frailes, guardia civils and what-not must have reached a peak as natives from Pampanga rose against the Spanish encomenderos. The plan was hatched and the revolt would have started by storming Intramuros. However, before things could materialize the plot was foiled as a Pinay married to a mestizo Spanish soldier got hold of the plans and reported it to the Spanish authorities. Before anything was done, heads started rolling and the leaders of the revolt were executed.

#9: Revolt against the Tribute 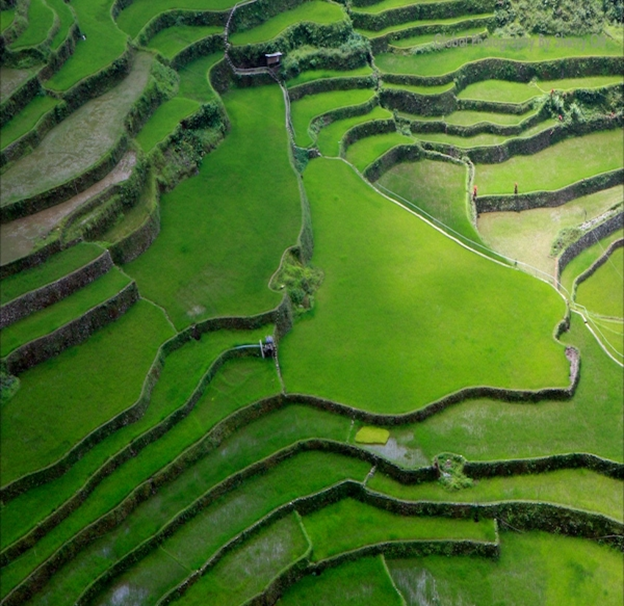 From Pampanga we go to the Ilocandias and Cagayan. Again, due to mishandlings as unjust taxes were collected, Ilocanos, Ibanags and other natives rose in one revolt. But before things could go out of hand, Governor-General Santiago de Vera plugged the hole by sending Spanish troops to pacify things. No problem. And deal old leader granted everyone pardon and put tax reforms forward. Smart move! 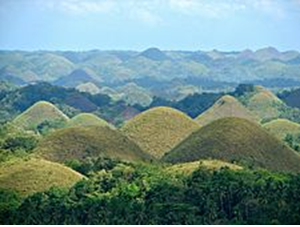 This is a revolt that could be the forerunner of the Dagohoy Uprising. It was instigated by a Boholano named Tamblot who urged the Boholanos not to succumb to the religious pressures of the Spaniards and return to their old native religion.

However, the uprising which was undertaken when the Jesuits from Bohol went to Cebu for the St. Francis Xavier feast, was crushed resulting only in the Spaniards establishing a stronger hold over the Bohol. 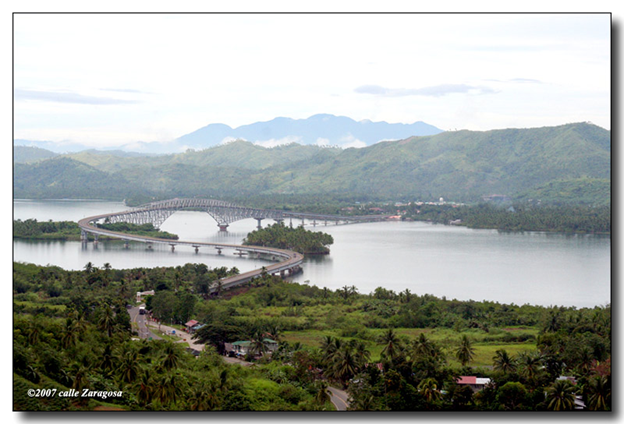 Here’s a Waray-led rebellion. The bone of the matter was the polo system which is forced labor under the Spanish authorities. Harsh as it is, it was made all the more harsher with the conditions that eventually sparked the rebellion.

The Manila government ordered that all polo workers should work at close proximity to their hometowns and never at distant places. However, Warays or Samar people soon found themselves working in shipyards in Cavite. This sparked the revolt led by Juan Ponce Sumuros, a Waray, which soon spread in the Visayas and parts of northern Mindanao. Samar for its part established a free government with the local parish priest of Palapag murdered.

Sumuroy was executed in June 1650. 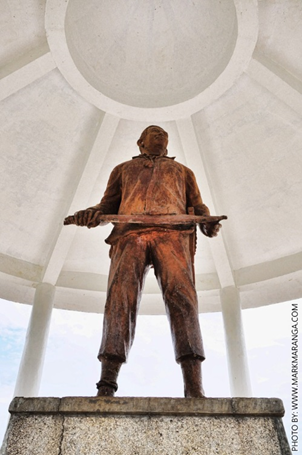 This revolt which stemmed from religious oppression in Bohol and is on record the longest uprising in history.

It all started with a duel in which the brother of Francisco Dagohoy was refused a proper Christian burial since by Catholic faith dueling is considered a mortal sin. Infuriated, Dagohoy in 1744 kindled the fire of an uprising that would soon outlast him but not before the Spanish authorities felt its scourge.

All in all 22 governor-generals and 2,200 troops were sent to Bohol but it failed to quell the rebellion. Finally, Dagohoy died and slowly the fires of the uprising died with him. In 1829, some 19,000 survivors were granted pardon. 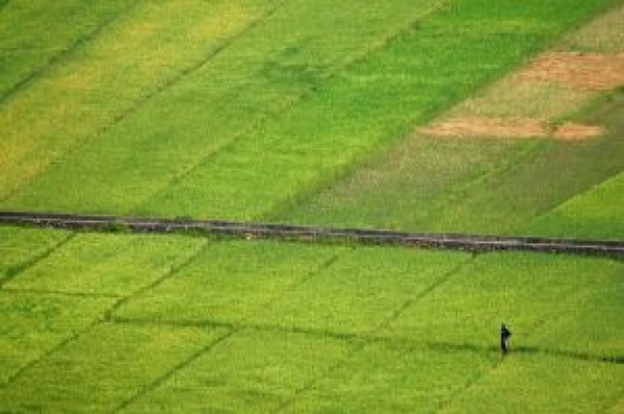 Ownership of land is a basic tenet that must not be trampled with but the Spanish friars felt it can get away with it.

And the revolt spread in what is known today as CALABARZON with initial sparks in Lian and Nasugbu Batangas. Pinoy landowners rose in arms in protest of the spurious land-grabbing practices of the frailes. And before things cooled down, massive looting of convents and arson of churches become the rage in town. Still, the friars won’t budge and the case became so widespread it reached the court of King Philip IV who ordered the return of the lands.

However, the friars appealed successfully and to this day land was never returned to their rightful owners. 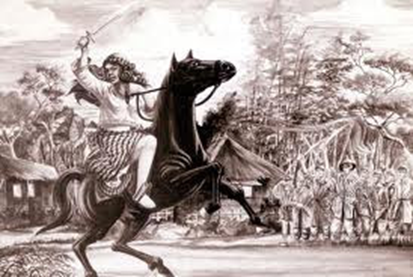 Arguably, this revolt is one of the most famous revolts in history started by no less than a national hero and his heroine wife, Diego and Gabriela Silang.
Unlike most of the A-lister here, the revolt happened during the British invasion of Manila and hearing of the uprising the British wanted to use Diego Silang to fight the Spaniards. Diego had bravely declared the independence of Ilocandia calling it “Free Ilocos”. However, the Spaniards moved in, paying for Diego’s murder. Killed by his traitor friend Miguel Vicos, the Ilocano leader died in the arms of his wife, Gabriela who then proceeded to continue the struggle.

Eventually the uprising was quelled using a divide-and-conquer strategy. The Spanish wittingly used the Capampangans to fight the Ilocanos. Gabriela was executed in Vigan on the 10th of September, 1763. 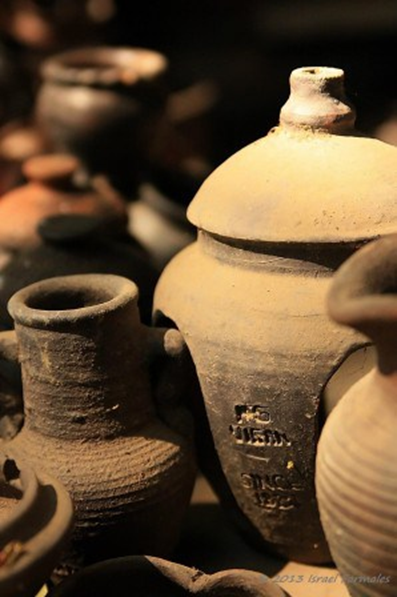 Now, who would have thought wine would become the very reason why people rise up to arms.

Basi Revolt is exactly that. And more. It was another form of oppression. Seeing money from the manufacture of local wine in Piddig, Ilocos Norte, a wine more commonly-called as basi, the ingenious Spanish authorities decided to tax it and pushing some more buttons ban private manufacture. Left in a corner, people rose in arms led by a certain Pedro Ambrosio and before calmer heads prevailed people died on both sides, with our kababayans suffering the worse fate. 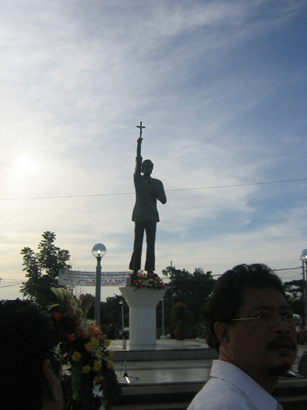 And famous for its being widespread is this Pule Revolt instigated by Aponario de la Cruz more commonly known as “Hermano Pule”.

For starters, it had a mix of religion and politics as Pule started a religious order, the Confradia of St. Joseph which according to the Spaniards did not reflect Catholic practices. And not before long the thousands of people from Tayabas, Batangas from where the movement was founded has joined, among them people from Manila and Laguna. To quell the uprising, troops were sent by the Spanish authorities and a full-scale fighting ensued ending in Pule’s execution on November 4, 1841 in the capital in Tayabas.

However, the revolt did not end with its leader’s demise, years after on 20th January, 1843 a regiment led by Sergeant Irineo Samaniego, a relative of some of the members of the order Pule founded, rose in rebellion capturing Fort Santiago in the process. After some fighting, Samaniego and his men were overpowered and were summarily killed. All 81 of them. 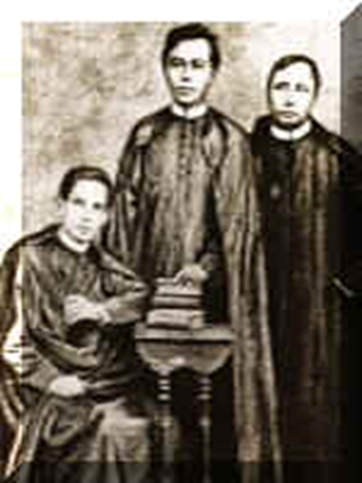 Now, we are nearing the times of Rizal and these mutiny must have been instrumental in setting the political climate straight. But had it not for lack of unity and support – not to mention proper planning – heads could have been saved. But no!

Led by Lamadrid and a rag-tag army of 200 Pinoy soldiers and laborers, the mutiny hoped to spark a national uprising. But when the signal was given which was rockets from the city walls, no support came, only a whimper. However, this mutiny did not die in vain.

Fearing a mass uprising, the Spanish authorities implicated 3 priests and had them killed. Their names Mariano Gomez, Jose Burgos and Jacinto Zamora or collectively GOMBURZA.

The seeds of Katipunan is spreading.