For sure, we all have our struggles. But there may never be a person with such a reported array of misdemeanors than the human brewery Baron Geisler. And admittedly, he says it has something to do with his beer-loving persona, a trait perhaps attributable to his German blood.

Rumors also abound that Baron has a bipolar disorder. Which, if true, should mean he may have to sacrifice being in the limelights. Right? Why risk it? We all know he has talent and could still be as bankable an actor as any. However, his real-life antics seem to be very consistent in following really unbelievable contrabida image. And perhaps it was the late Johnny Delgado who said it best about the young man, “Baron sana next year, hindi lang best actor ang panalo mo, kundi Best Person rin”. A thought that made Baron think hard not of the lesson underneath but because he did not understood what the veteran actor meant by Best Person. Ladies and gentlemen of the hour, welcome to the wonderful world of Baron Geisler dubbed the human brewery.

#10:Touching the Breasts of a Famous Actress 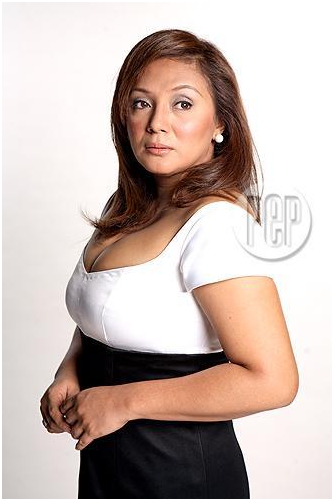 To start off, here’s a hand job. A well-known actress – beautiful of course – (who by the way is Baron’s senior in the industry and in age) received the full weight of dear lordship’s hand as he allegedly touched her breasts. My, my, my, must be thinking it was some low-hanging fruits.

Detail: It was in their taping in Noah, where both were casts. Allegedly, Baron was drunk. In accordance Baron was taken off the list of casts and Ms. Picache’s managers chose not to work with Baron – until he’s fully-rehabilitated.

Excuse: “But I would like to apologize to Miss Pie. If I touched her or grabbed her in any way na she felt violated or offended, I’m very sorry, Miss Pie.” 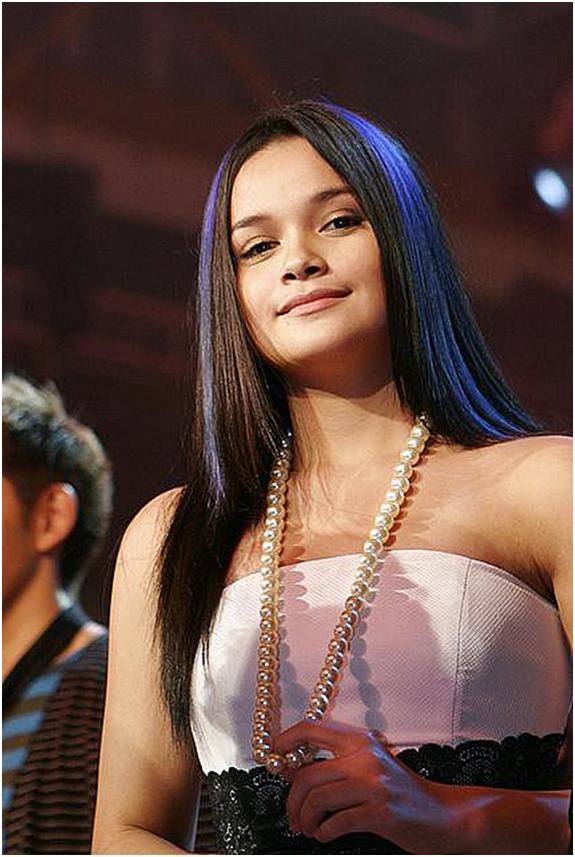 Oh, this one’s gross. Hide the kids. Our big-bodied Baron was again not his usual self ( or his usual self again as that sounds off) and did some “kabulastugan”. Here’s a peeping Tom in the open.

Detail: Both GMA-7 talents at that time, Baron and Yasmin had a taping on May of 2009. According to 2 witnesses – including a not-so-famous Jennylyn Mercado – his lordship waited for his co-star Yasmin to go up a staircase “para silipan”. And here’s the best part, after the take, masturbated in front of the beautiful princess. Very unselfish, indeed!

Excuse: As the case was filed in the police, Baron asked forgiveness from Yasmin telling her that his mother is in the hospital and that he has an existing case against him already. Good grief! MVP Ball is no ordinary ball, it is a grand party done mainly by TV5 for their top honcho, Manny V. Pangilinan, one of the most influential citizens this country has produced. In his drunken self again, your highness Baron works his magic on the crowd – stirring everybody to anger.

Detail: While passing the time in the smoker’s area, IC says “hello to Baron asking our lordship if he likes what she’s wearing. To which Baron replied: “It’s cheap…You are cheap.”

Did I hear that right? After which, fuming IC vented on her co-Kapatid stars. ‘Cmon, what did you say you were wearing again?

Excuse: Baron was seeing having a full day, taking on every spirit the house of Pangilinan offered. Must be it! 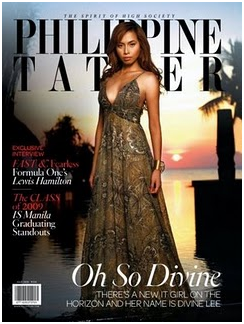 He’s such a goody-two-shoe gentlemen when he’s sober but my, when our lordship is under the influence, he does all the circus acts – of the yucky kind.

Detail: On the same ill-fated night for tycoon MVP, Baron not only stole the microphone from an entertainment reporter he also stole a kiss from no other than the socialite Divine Lee, daughter of beleaguered now-detained real estate mogul, Delfin Lee.

Excuse: Baron in an interview with ABS-CBN divulged he has apologized via text. All’s well until the next bottle comes along. So feeling overlooked perhaps, and seeing that he is not being given the respect due him, his Highness Baron insults a fellow actor, who was just passing by. In the MVP ball again.

Detail: Seeing Edgar Allan passing by and not noticing his Excellency, Baron allegedly berated the young actor saying he should give respect to those who are ahead of him. And the worse part the Germanic actor threatened to slap and punch the younger star.

Excuse: As usual, another apology from our ever-predictable star of the drinking season. 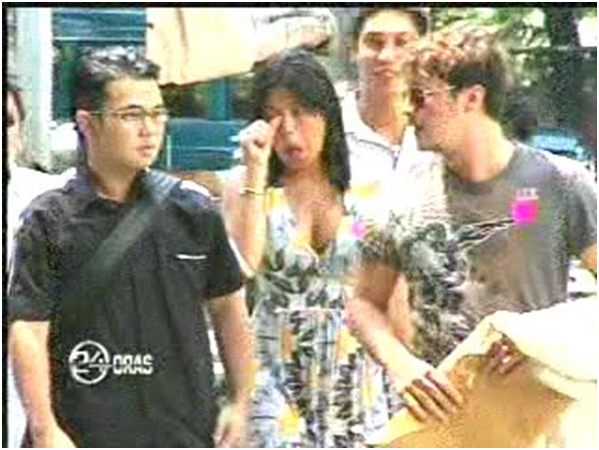 And the most-dissected house nationwide, PBB, Count Baron just can’t help it, he’s got to have some of the alcohol. What the heck, it’s Christmas, right? And thus ending his ties with Big Brother.

Detail: As always his most-perfected act – the Jekyll-and-Hyde techniques – goes to show. In the PBB house he displayed uncontrolled screaming, wearing his underwear on his head (in the pool) and his favorite dish: lewd acts against women in the house. After some drinks, of course.

And as controlling as the man of the house, Big Brother gives him an ultimatum not to drink. But it happened to be Christmas, and on their party with those tempting beers Baron just can’t refuse. And out he goes.

Excuse: Big Brother, why did you put all those beers on the table? You should have just hidden them. You know me. (That was theoretical. Don’t quote me, please) 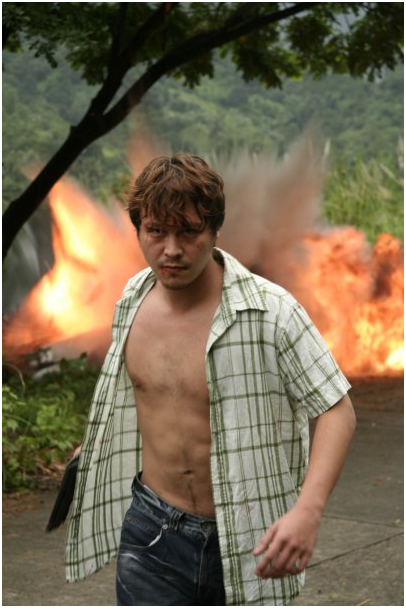 His Highness just wanted bread but since he felt it was not of the quality kind, he threw it to the ground. Ooops, problem is he did not pay for it!

Detail: A neighbor, Raymond, who was tending a variety store, saw Baron got some bread from a container in the store and subsequently throwing them on the ground. Irked, Raymond scolded Geisler. Bad move! His highness doesn’t want to be put in bad light and so he smashed a monobloc chair and proceeded to punch the neighbor.

Days after, he was arrested headlining the news in the process – but not after causing shock to the unsuspecting neighbor. 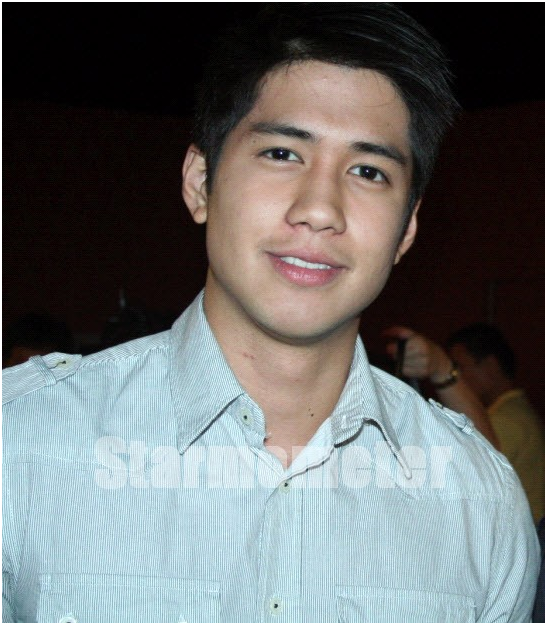 Well, why not make it realistic? In a shoot where Count Baron is to do a fight scene, he got entangled in a real fistfight. Nice work!

Detail: Allegedly in 2007, GMA’s leading man Aljur punched Baron to which his highness reacted lecturing the younger star saying “Do that to me again and I will punch your face.”

Witnesses have a different take revealing that Count Baron was drunk when he went to the shooting and punched Aljur. And the best part’s he even ordered a parrot to be cooked for his “pulutan”. Touche! 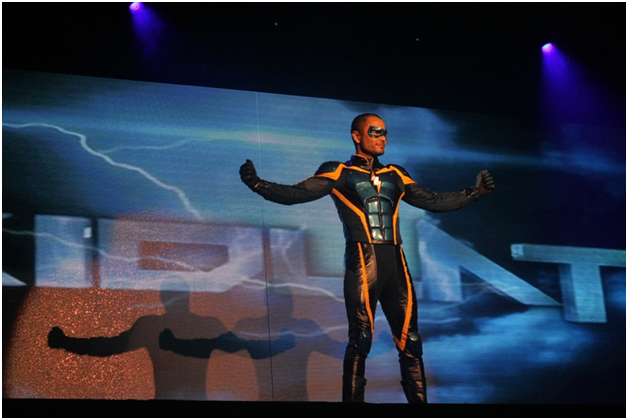 Well, this must be how you should handle Count Baron, in a respectful manner. No shouting please and if you have to raise your voice do it with a strong reason.

Detail: Reportedly, Count Baron had some problems with the Kidlat shoot and figured in a fistfight with Derek Ramsay. But I think it’s a mismatch with the Century-tuna-eating Derek vs. the always-drunk Baron. It’s unfair. But seriously, asked about it, Derek divulged he just talked to His Highness and perhaps raised his voice to straighten the multi-awarded actor for some of his issue on the set. No biggie. Just man to man talk.

And Count Baron stays on the set, too to act as the villain to the Ramsay hero. Perhaps Derek said it best: “You don’t baby him when he makes mistakes… you let him know that he made mistakes, he’s gotta learn.”

Excuse: Must be the first time it ended with all people smiling. No incident.

#1: Groping the Daughter of a Friend In 2013, our German-bloodied actor was convicted by a Makati court on the charge of acts of lasciviousness filed by no less than the daughter of YayoAguila and William Martinez.

Details: To note, Yayo and Baron shared the same PBB (Pinoy Big Brother) house way back. But that does not stop our imaginative lover-boy to express his uncanny self on Yayo’s daughter. The victim, 21-year old at that time, detailed how our lordship Baron mashed her breasts on April 26, 2008.

Baron’s excuse: Baron has apologized, and says he was under the influence. He may still appeal.

There you go, folks. For your thoughts we have prepared a little magic box of democracy where everybody may take a peek, the Comments Section. Also, if you have to push a button, push the QS (Quick Share) buttons to blast your social media fans.