Top 10 Scary Ebola Facts Every Pinoy Should Not Miss

You can call it any name you want – a river, a color or a monkey. Nonetheless, that will not change its nature. Ebola is a killer virus, perhaps the deadliest man has ever known.

The disease that sprung out of the poverty of Africa. That which has spread from the bat-food that African bushmen ate. For lack of better food alternative and for the abundance of natural resources. All the little things has lead us to uncover one deadly killer. What makes Ebola so fearsome is not only the rate by which it can spread, attaching itself to internal fluids, but the rate at which it kills. It’s like cancer in that it sets a time-table once full-blown. But cancer takes time; Ebola takes but days. 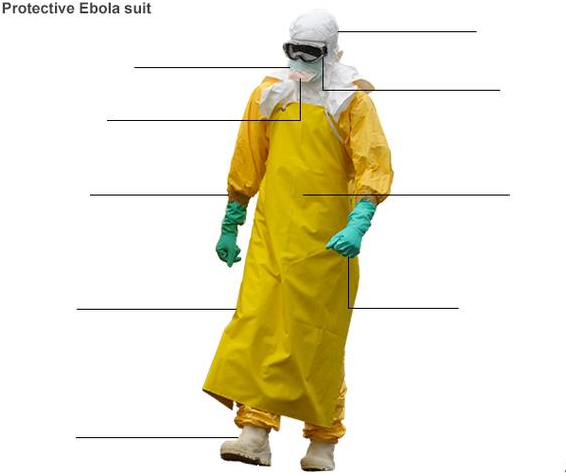 With malice to none and with the hope that Philippines and the whole Filipino race may not be at the mercy of this fruit-bat transmitted global epidemic named Ebola, here are 10 facts every Pinoy must know to give him a fighting chance in winning this merciless killer-disease: 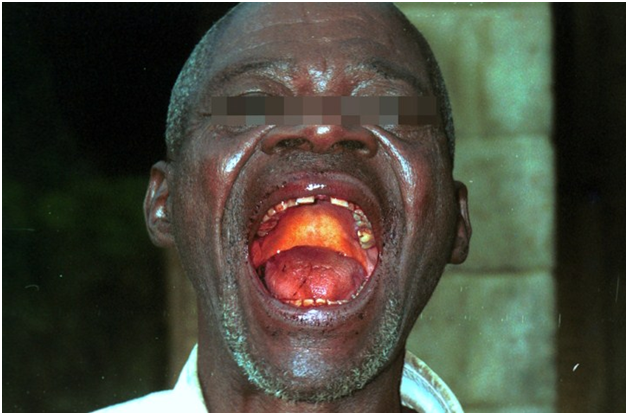 Make no mistake Ebola kills and it kills fast – very fast.That should be the most important thing to remember. Unlike the HIV virus where you can carry it for years, Ebola is in a hurry and in a matter of days/weeks you could be dead.

The scary thing is it could start just like a simple fever and fatigueand within days rapidly manifest its true nature.

Fatality rate: 90%, once it’s there, you’re good as dead.
Classic example: Thomas Eric Duncan, the first person to die in the USA, days after arriving from Liberia.
The latest outbreak which sparked a global pandemonium of sorts started in Guinea, a West African country, spreading to nearby Liberia and Sierra Leone. 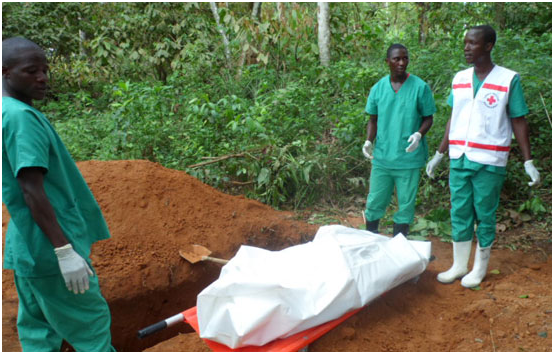 That is the number of people killed so far worldwide since the virus attack was reported first on December of 2013.
Or more than 1 person a day.

In a matter of months, Ebola has spread like wildfire, with one case in Sierra Leone registering over 121 fatalities – the most in a single day.

Most of those who died are from West African countries:

Recently, the mighty US had its first fatality namely Thomas Eric Duncan who died on October 8. He was from Liberia visiting his estranged son born out of wedlock. It is for this reason that many pundits have placed Duncan’s visit was an act of love and not a sinister plot to endanger American citizens.

#8:The name Ebola is a River 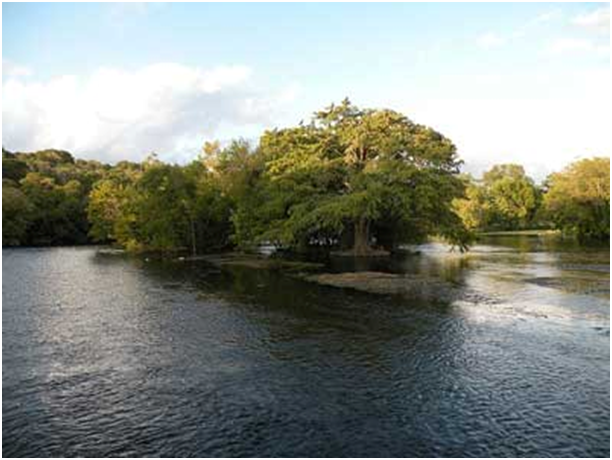 The virus was first identified in 1976near the Ebola River in Zaire – what is known as the Democratic Republic of Congo today. Then, the first patient who suffered the disease – a 44-year-old man- was thought to be infected by malaria. However, once the scientists realize they were dealing with an entirely new disease they named it after the river running close by.

#7:You can get Ebola from an infected human via bodily fluids. According to CDC (Center for Disease Control and Prevention), Ebola is transmitted via liquids from the body of an infected person. So we’re talking about blood and other body fluids. This is where proper sanitation is very important as Ebola could be spread via:

• Urine
• Saliva
• Sweat
• Feces
• Breast milk
• Blood
• semen
The good news is sitting next to an Ebola-carrier in a train may not infect you. Unless he/she:
• vomits
• bleeds on you
• sweats on you

Open wounds and the mucus membranes are specially-worrisome. It has not been proven that direct contact with the skin can transmit the disease but health workers are not taking the risk and wear a gown and a mask covering their mouths.

Semen is a potential carrier of the virus. And although people who have the disease are generally weakened rendering them mostly incapable of performing the act, still having sex with a carrier is like doing a Russian roulette.
As WHO noted, even men who have recovered from the Ebola disease “can still transmit the virus through their semen” up to:

#6:Even the dead can get you infected with the Ebola virus. This is where it gets really tricky. You see in many African nations, the dead body is sacred and they spend rituals cleansing the dead before parting with it.

So an embalmer job is definitely a high-risk job.

The result: virus spreads even more. One particular practice is even more deadly. And that is where a widow is forced to drink the water to cleanse the corpse, even if the body’s infected with Ebola.

My! Think about TOS (Territory of the Stupid).

But that is happening.

#5:Ebola has no known cure or vaccine. 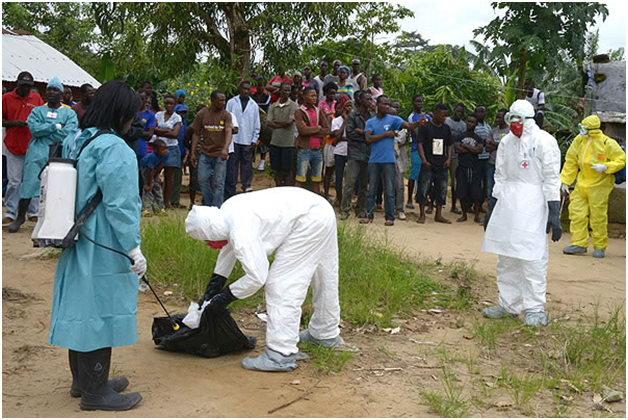 Here is the most unfortunate fact about Ebola today. As International SOS has stated, “there is no known cure for Ebola. Nor is there a vaccine available”.

U.S. pharmaceuticals are scrambling to find an answer. And although they have come up with a drug named Zmapp that has cured 100% monkeys infected with the disease, it has not been formally tested on humans. Today, inspite of many claims put forward, there is still no definitive medicine that can cure Ebola.

#4:You can get Ebola from fruit bats. 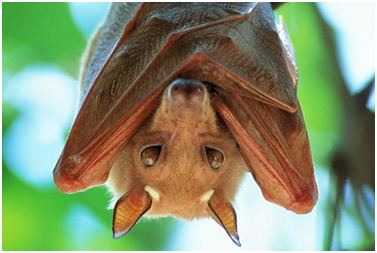 In fact, it is largely theorized that it was African bushmenwho ate Ebola-disease-carrying fruit bats that started the epidemic. WHO (World Health OrganizatioN) has acknowledged that many mammals are natural carriers of Ebola, thriving even when carrying the disease. These include but are not limited to:

This means hunting these animals for food in the African wilds can be akin to looking for poison to kill you. Also, touching infected dead animals can also get you infected.

However, there is no evidence that shows Ebola can be spread via mosquitoes or the regular fruit-fly.

#3:Though the disease is not air-borne, you can still get Ebola from inanimate objects. 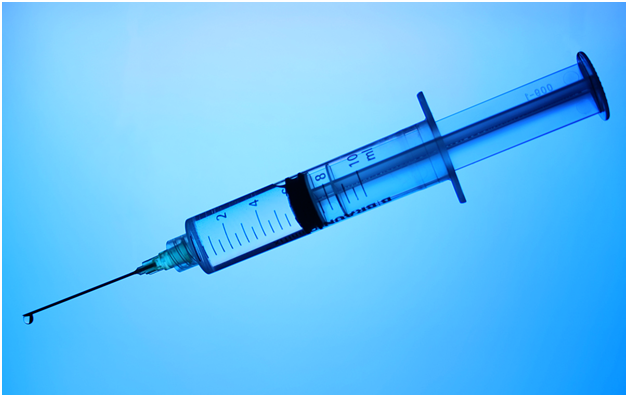 All those things that have been infected with the virus as utilized by an infected person can also infect you. It is for this very reason that many health care workers have caught the disease – many eventually died.
These objects can include but are not limited to:

So, drug dependents who share needles are very vulnerable to the disease. Because of the nature of the work, handling of blood, the constant contact, many health workers in Liberia and other West African nations have died.

It is for this reason that extra care have been given to:

To date, one of the Dallas nurses who treated Thomas Eric Duncan in the United States was also infected with the disease.

#1:Philippines is very vulnerable to an Ebola epidemic. 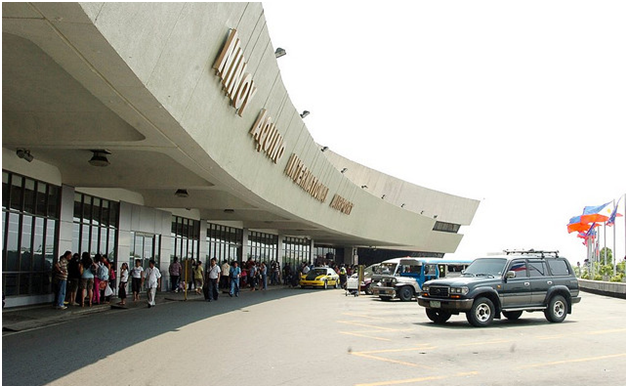 To note, Ebola has been traced back in the Philippines way back 1989. According to New York Times, 100 rhesus monkeys shipped from the Philippines to a government lab in Rhesus, Va., started an outbreak of an Ebola variant. Good thing the strain was harmless.

Liberia and all those West African countries are struggling because of their poor public health infrastructure. Fact is Liberia’s health system is at the brink of collapse given the number of health workers (e.g., doctors, nurses) dead and the lack of tools to combat the disease.

Philippines may do better than these poorer countries, but Las Islas may not fare as well as the United States. And if a US nurse with all the technology is infected while treating the now-dead Duncan, Ebola in the Philippines – God forbid – would in most likelihood become catastrophic. And that’s to put it mildly.

Please find our little magic box, comments section, handy for a piece of your thoughts. And yes,once again if you have to press some buttons, press the QS (Quick Share) buttons and brighten your social media.

Let’s spread the news, while we still have the time to do it.

A parting shot for you:

Neo: What are you trying to tell me? That I can dodge bullets?

Morpheus: No, Neo. I’m trying to tell you that when you’re ready, you won’t have to.

Unfortunately, this scene from the Matrix doesn’t apply to all of us. That is the reason for safety signs.