Welcome to the era of Web 2.0. When you talk about catfights and verbal assaults, there maybe no area more poetic and at the same time poignant as that of twitter-dom. In this corner, celebrities get pounded by ordinary folks.

Certainly, Tweets are a great leveling field. It’s democracy at its purest. Though some would not hesitate dubbing it demo-crazy. And as it turned out, celebrities fall from their high and mighty chair, bludgeoned to death by a slew of hate messages. Well, it only proves they are still human after all, in spite of all the massive PR campaign that they are receiving. More often than not, in a war of words, it is always the one with a high reputation to keep that gets teary-eyed to say the least. More often, when the flood of irate anonymous tweets show its fangs, mental torment becomes an understatement. 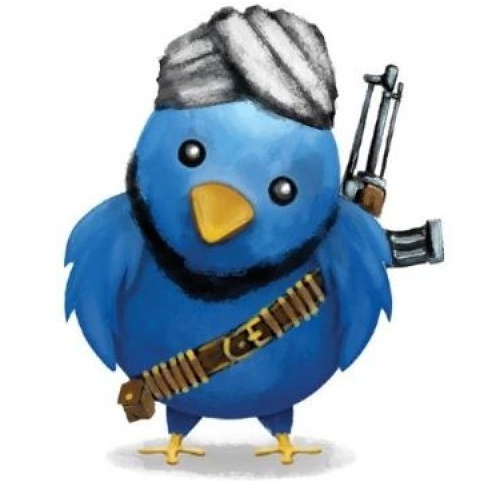 Ladies and gentle-bot I mean men, (sorry folks no offense just remembered that cartoon flick featuring robots who can do repairs), here’s a filling – 10 of the most emotion-filled celebrity hate tweets in Pinoy-landia. 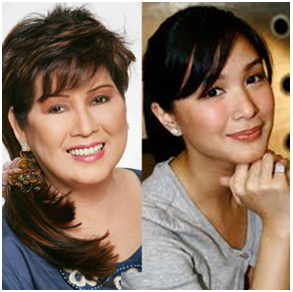 Well, it seems the never-say-die veteran celebrity handler is losing steam and she’s blaming Heart’s mother for the bad ending. Thankfully, another tweet saves the day as the pretty celebrity talent coolly answers: “Contracts are made to end and not renewing is something the other party isn’t happy about… I will always be grateful to everyone that helped along the way. No need for bad words.”

VS: Annabelle Rama vs Heart Evangelista Here’s a classic showdown: A battle-tested veteran versus a feisty talented moral voice.

Disenchanted to note that military-turned-rebel-turned- senator Honasan did have ulterior motives for his involvement in the EDSA revolution, the legendary Jim Paredes always wanting to be nationalistic fires his sentiments via twitter. Proving to us that men also trade barbs via the social site. Or call that asocial one.

In a Twitter conference dubbed Tweetcon in honor of the 25th anniversary of EDSA 1 Paredes lambasted key players including Honasan saying they: “had an agenda different from the millions who were there” and therefore “They owe the people an apology. They were plain users without the nation’s good in mind.”

The feisty senator known to be at the forefront of battle was not to be outdone responded: “Until U have faced the business end of a gun as a soldier, for God, country & family HERE, U know nothing. I didn’t go abroad.”

From there it was all-out.

@jimparedes: @gringo_honasanUntil you can tell us why or even admit you launched those coups causing deaths and economic dislocation, walaka.
@gringo_honasan: @jimparedes Get elected first, even as brgy. captain. Then let’s talk.

@jimparedes: @gringo_honasan Sorry but the truth and facts are pesky things you have to live with. 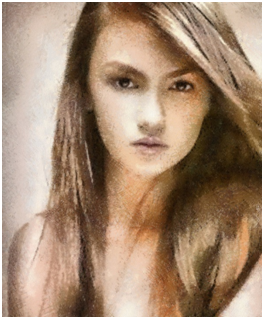 The beef: Actress Angelika Panganiban who has acted since childhood is uneasy that football superstar (Philippine world) Phil Younghusband is adding “actor” to his resume.

Things started to turn for the worst when she tweeted:”Si Phil may indie film… Akalakoba football player sya??? 🙁 lahatnalangartistana 🙁 sad…”
And all hell broke loose. The pretty lady found herself surrounded by hate-tweets of fans that multiply by the minute.

And when the conversation starts throwing invectives that include “stupid” and “bitch”, Panganiban had also to resort to “bastos” and “bakla”. Perhaps she was just bored. 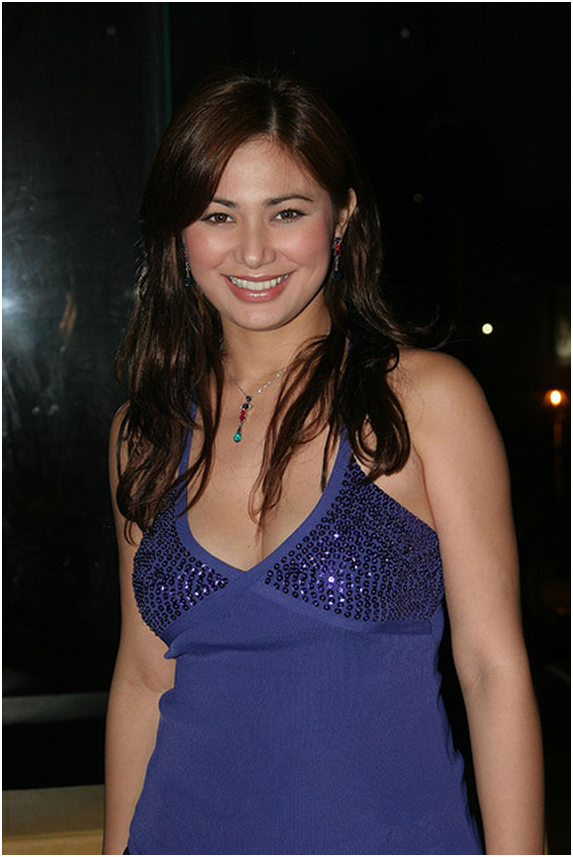 When thrown a hypothetical question whether she’d fancy being asked on a date with the sitting president, the sexy Francine Prieto nonchalantly spit out a clumsy response saying “I don’t fancy balding men.”

Exactly what many netizens needed to troll her. Before the actress could stage a successful defense, she saw hate tweets flying into her twitter accounts left and right and center – from all over the archipelago. 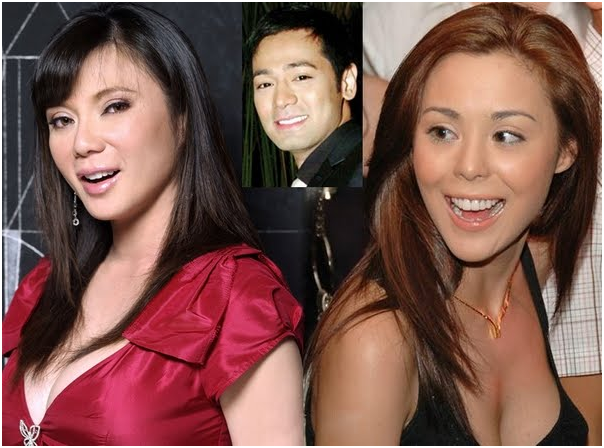 Perhaps overcome by the sadness of the break-up, Vicki Belo tweeted Hayden Kho’s rumored lover fuelling only more rumors on a relationship that according to both parties never existed.

Belo tweeted: “Nancy Castiglione, you can now openly date Hayden. You have my blessings. Hope you’ll both be happy.”

Of course, Nancy denies having had any relationship whatsoever with Hayden. Moresonow, that she’s with kids already.
The result: no contest.

VS: Vicki Belo vs Nancy Castiliogne 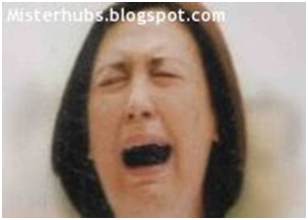 The problem with dealing with pigs is you are bound to get all the dirt. And that is exactly what happened to megastar Sharon, she tried to fight fire with fire but in the end in the tweeter-world fighting people you don’t know is like throwing grenades at the wind. Nothing happens.
Sharon’s tweet: “@Iam_mileskundikapamilya die-hard, makapiolo lang. Walanamanggalitsaaminnaibangtao.”

Who do you think won the battle? 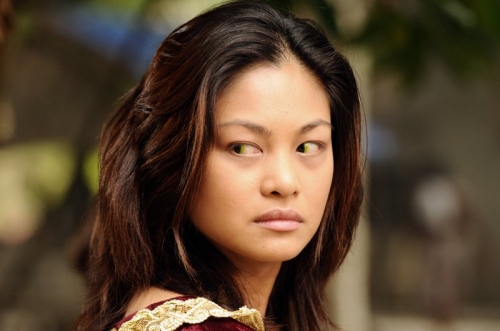 Largely sidelined communities like the LGBT community are hyper-sensitive when celebrities – this time a beauty titlist – turn on their mouths and talk in public. Especially if the issues concern them like no other.

That is how the pretty beauty queen described the gay community. Needless to say, she soon found she bit off more than she can chew and found enemies emerging from every nook and cranny. In hindsight, she should have observed a little tact towards people who more often than not helped her rise to fame. Right?

VS: Miriam Quiambao vs LGBT Community 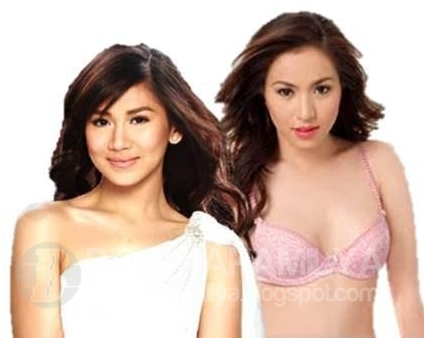 Finding perhaps that her beau Rayver Cruz has caught the sights of beautiful singing diva Sarah Geronimo, sexy Christine Reyes showed she won’t back out of a fight. Good thing twitter existed. At lest the fight’s but online.

VS: Christine Reyes vs Sarah Geronimo 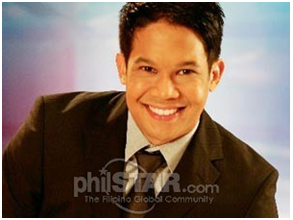 And exposing their differences and the crime that was done, Mo Twister got clumsy on twitter. To note, he just had a tumultuous relationship with GF Rhian Ramos who many say got preggy but aborted the child.

Mo’s tweet:“Should the girl ask the guy what his thoughts are and should he have a chance to stand up for the baby?”
Now do you think that’s proper to let the whole world know?

VS: Mo Twister vs Rhian Ramos 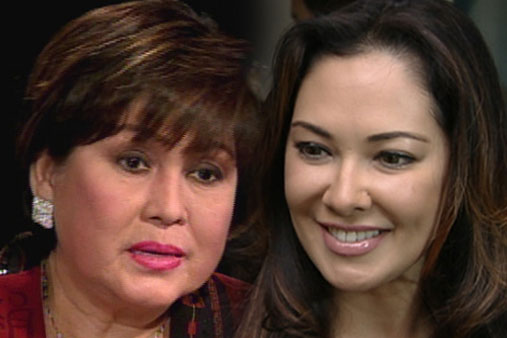 Well, the disadvantages of a celebrity family is privacy becomes a rare commodity.The more famous, the least privacy. And that is exactly what happened between the mother and daughter tandem.

But in a family squabble nobody wins because ultimately everybody gets hurt.

Irked of her daughter’s lack of taste in men and for walking out on a family dinner (where the mother lambasted the beauty titlist in front of everybody), Anabelle Rama tweeted her beef against her daughter. The dinner was in celebration of Rama’s 62nd birthday.
Timeline: last week of October 2014

The gamut of the matter is her daughter’s latest love interest, a French-Arab businessman named Jordan Mayoul.

Not to be outtweetedRuffa retorted: @iloveruffag thank you for protecting me and watching out for me but it doesn’t mean that just because someone looks like my ex, he’s abusive na!