Somehow because of how ingrained the Pacman is to Las Islas, it is hard to know which would be more difficult, taking the Philippines out of Pacquiao or taking Pacquiao out of the Philippines.

It’s no accident this guy has risen to become a world icon. He has paid his dues. Taking all the heat and doing all the preparations to be in his top form. Yes, you may be in awe at the pot money that awaits our champion every time he fights or for that matter his November fight with Algieri. But if you look at the workouts and preparations, you will understand why. And though he may have been at the receiving end of a vicious KO, he is still the Pac Man that everybody would want to see fighting in the ring. For truly the only place where diminutive Manny has found his fortune, his gold treasure, it’s the 4-cornered ring. But there are many things that has come to be part of the Manny Pacquaio we know, but has never heard of. Call them the add-ons of fame. No, I don’t mean the women. 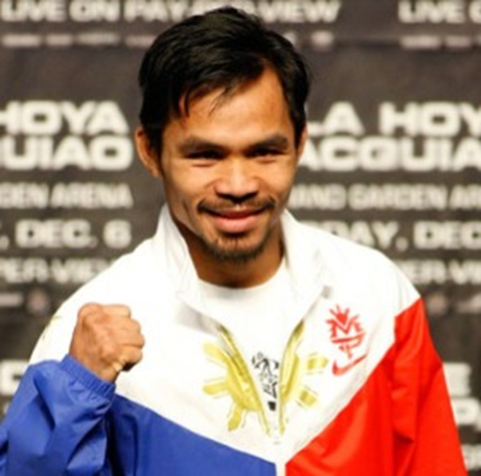 Ladies and gentlemen, every Juan, top 10 things you missed about the national kamao, Manny Pacquiao:

#10: Don’t you know PacMan is a member of the Boston Celtics team? 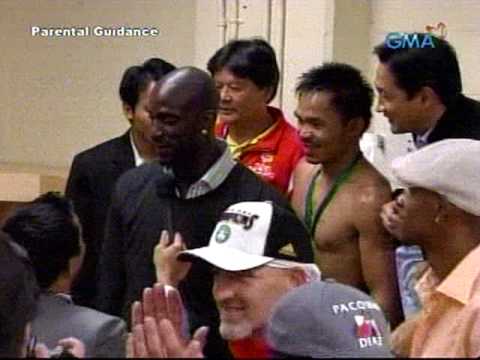 That explains it then. Why the national kamao is so obsessed with basketball, he’s a member of an NBA team.

True. We’re not kidding. But only an honorary member of the team made famous by Larry Bird. In fact jersey 0 is assigned to him. As a token Pacquiao had delivered to each Celtic player a red autographed boxing glove on May 10, 2010 just before their game against Memphis Grizzlies.

In hindsight, you may as well call that 0 for not being able to score. No offense, PacMan. Ball don’t lie.

Yes, the Pacman gambled a lot. Because of this he has won a lot too, millions in fact. Though that would surely be loose change for him.

An article in Philippine Star daily showed that in one event in 2009 that he himself organized dubbed as “Pacman 330K Big Event” the pugilist won almost P18M. And he was betting on feisty roosters with his close confidante National Security consultant Luis Chavit Singson.

But that was before the Pacman got his affairs straightened out and joined the God squad.

#8: Pacquiao owns a D-League team in the PBA. 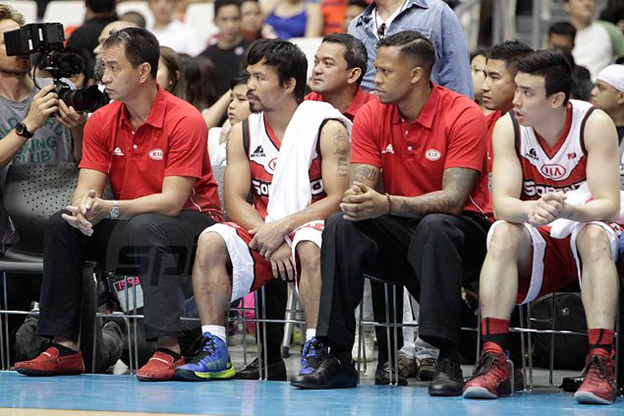 Not only does he shoot them hoops with the tall boys, he owns one D-league team, the MP Hotel Warriors. Wonder what MP means? Not Manny Pangilingan, of course. It’s Manny Perez, just kidding. 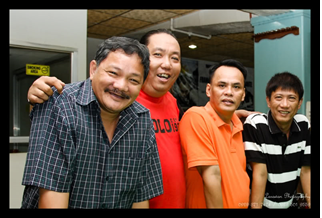 Yes, I bet you did not know that one. But our world champion, the greatest athlete perhaps in the history of Las Islas, is one of the few people who gets a pro pool tourney going with big purses. Just this year he held one in Gen San City which attracted the best of the best in the world.

#6: He did shoot in a commercial together with other world greats like Tiger Woods, Kobe Bryant, Maria Sharapova etc. #5: A film based on Pacquiao’s life flopped.

Entitled Pacquiao: The Movie , the film was released to the public on June 21, 2006. And although the flick starred Jericho Rosales as Pacman, it did not fare well in the box-office and grossed only a measly P4,812,191.

#4: Pacquiao is the first Pinoy athlete to appear on a postage stamp. 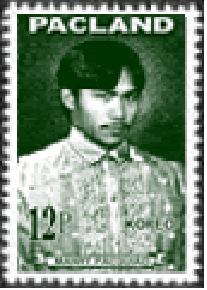 Thanks to his outrageously immense fame and the untold honor he has given the Filipino nation, the Pacman is the first athlete ever in the history of Las Islas to grace the small corners of a postage stamp.

Not bad. Rizal on our matches should be proud. 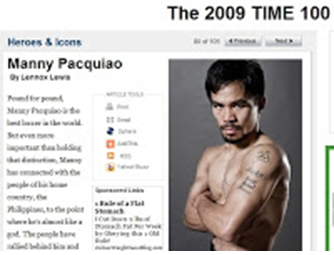 As a proof to how influential Manny Pacquaio is, Time magazine has included him in its list of most influential in the world in 2009. The list has him rubbing elbows with the most powerful men and women in the history of the Planet. Names like Barack Obama, Oprah Winfrey and the Dalai Lama.

#2: Manny Pacquiao gives almost a million dollars worth of fight tickets to hand out to his inner circle every time he fights. 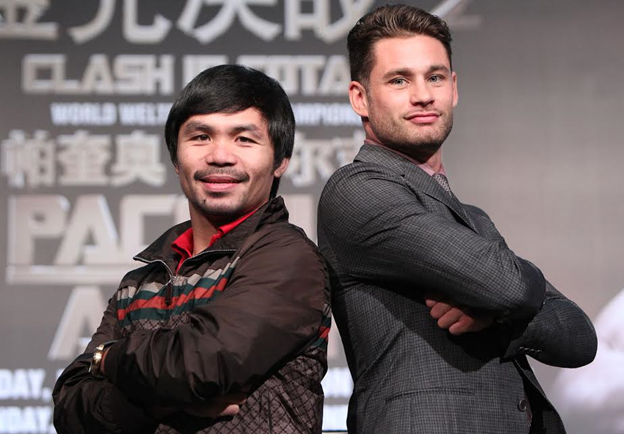 Well, that would make it almost 45 million pesos in today’s rates. So if you are planning to have a shot at getting that, you can try tracing your roots. Who knows the Pacman could be your long-lost cousin.

Or if not, you can just choose the easier way. Put on your TV and watch him, hours after since live on cable will cost you about 500 bucks. Nasty!

#1: Here’s good news for everybody: When Manny Pacquiao fights the crime rate all over the Philippines goes down. Yes, for all the apparent reasons. His fight attracts everybody the nice and the not so nice. So even the crooks don’t want to miss the most important event in the world, right?
So there you have it, Manny Pacquiao is definitely a good thing for Pinoys.

To start the conversation rolling, please find the tiny magic box below, the Comments Section. And if you want to give more life to you social network of fans, just hit the Quick-Share buttons. Easy does it!