Most Desired Destinations in the Philippines 2014 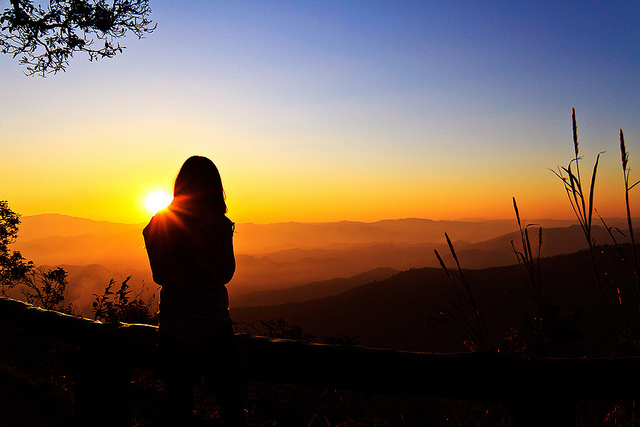 Ever wondered what local places were the most sought-after by Filipinos in the year that was, 2014. Well, luckily with Google data on the line, it is a lot easier for us to know. What is amazing is looking at all the choices here you’ll immediately realize that what separates these places from anywhere else is their flair to leave a good taste in every Juan’s mouth. As the saying goes: Once tasted, always wanted. So much so these places have become legendary.

Without further ado gentlemen, the 10 places in the year 2014 that topped the list as the most exciting, a true respite in every sense of the word – providing much needed break forPinoysworking their arse off to make ends meet:

Take a walk on the B-Side. If you’re looking for gigs and a lot of space to have the time of your life, then B-Side will hardly disappoint you.

Best for hanging out and having some laid-back moments you could check out Reggae Nights in this Makati point of interest. Of course, if you’re looking to catch a beauty or a glimpse of your fave star, you’ll be in for plenty of pleasant surprise in such a fun magnet of a place. It has caught the fancy of many Pinoys, every Juan who gets to have a taste of the B-Side wants to come back for more. So if you’re still unsure where to get your party started, don’t gamble on promises, go the B-Side. A brainchild of the Ayalas, this shopping mall in Quezon City Philippines going to win your heart over like no other. Though not the largest of the Ayala Malls, its strategic location at the corner of Regalado and Quirino Highways has made it every Juan’s fave.

Perhaps because of the strong Ayala brand and the fact that Terraces has just been newly-opened February of 2014, this one is attracting the crowd by the droves. Even if it is just across a major competitor in SM City Fairview and a block away from Robinson’s Novaliches it’s standing a cut above the rest. Well, no surprise really. Over time, ambience and quality shopping experience has been synonymous with Ayala. 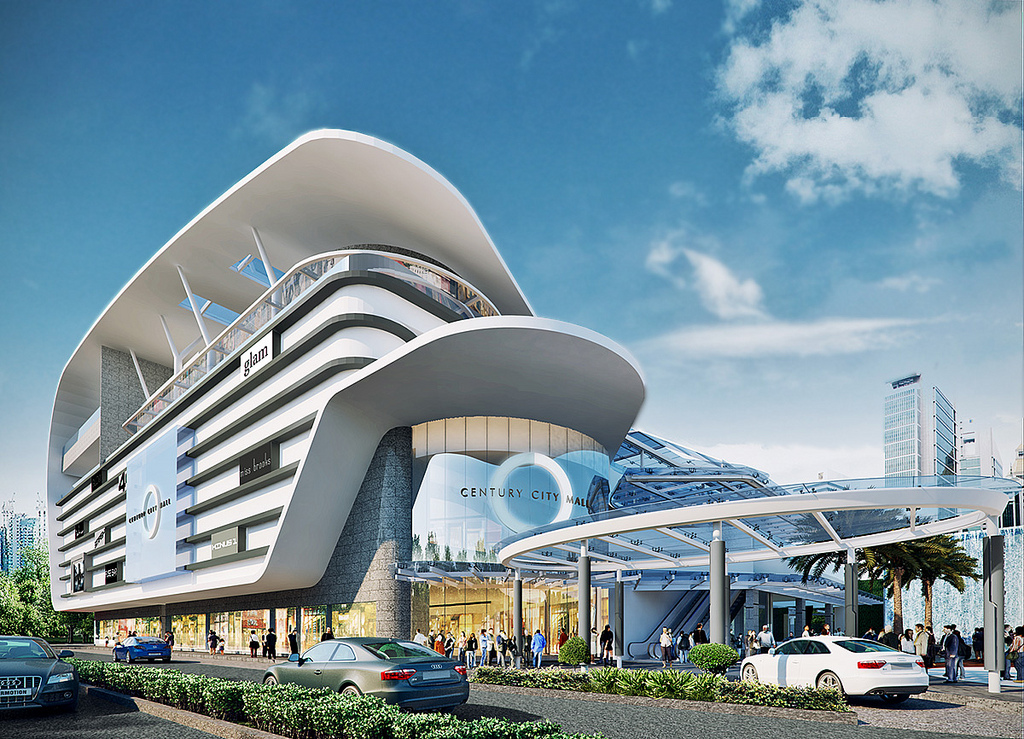 It may be the first foray into retail by Century Properties but it’s definitely leaving a good impression to Pinoys in Pinoylandia – right in the heart of the business capital of the country, Makati.

Dubbed as a community mall, its slew of offerings from supermarkets to fashion brands to dining destinations has certainly carved a niche all its own in the hearts of Filipinos. And all of its 5 floors showcase a perfect blend of class and function, a combination of comfort and elegance hardly matched by any other. A classic example: its digital cinemas which are bound to get your hunger for blockbuster flicks go berserk. And that’s just for starters! 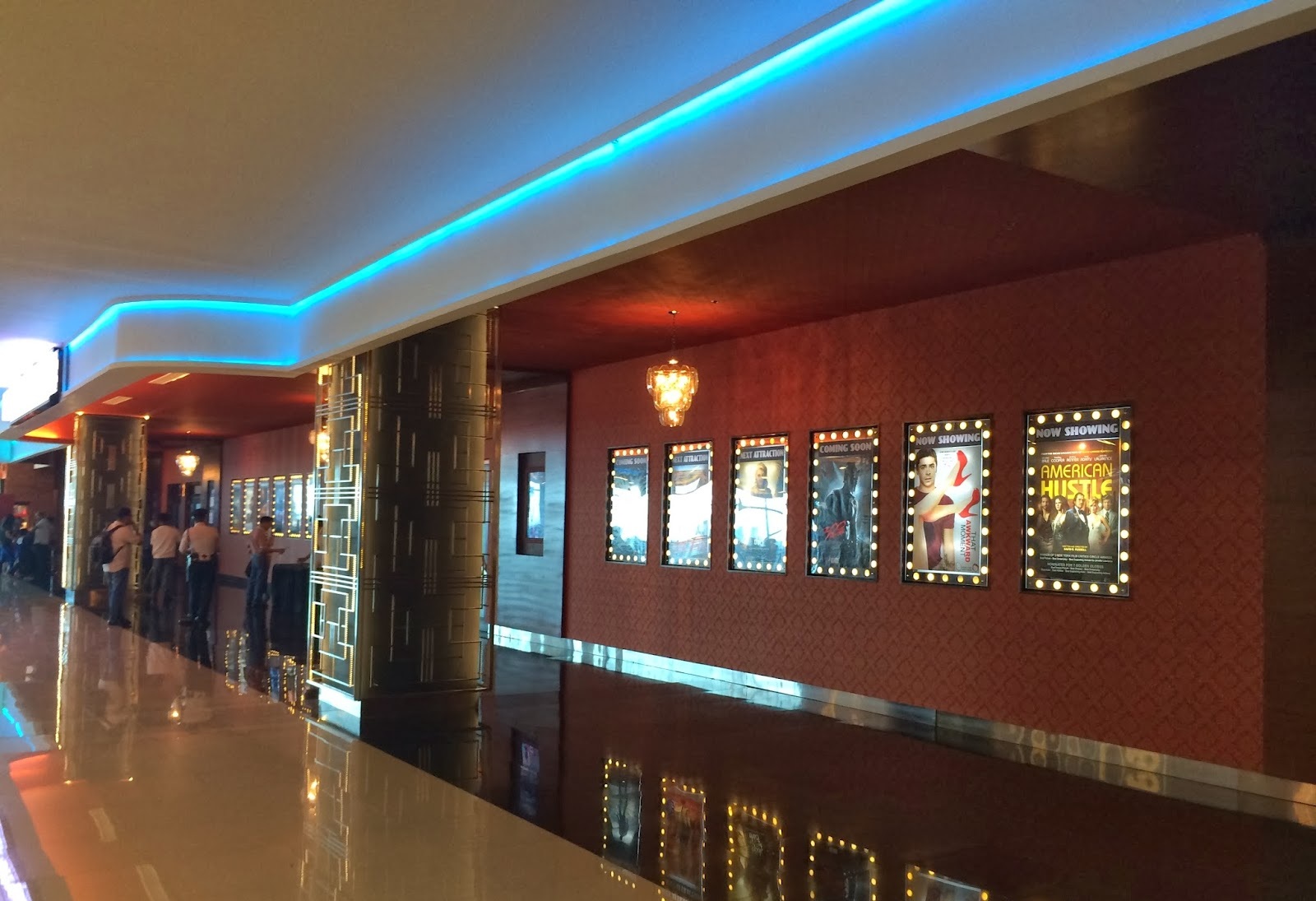 Why the fish in its name? You’d be surprise to know this mall is even dubbed as the Mall that Galunggong built. The reason: this fave local destination was started by no other but a fisherman. Yes, all the fuzz and all the cravings that Fisher Mall has brought to the country was started by a fish vendor.

But no ordinary fish vendor as the ones who built Fisher Mall are considered the largest supplier of galunggong in the country. Yes, the whole Philippines. The Del Rosario family who owns Irma Fishing started humbly owning but one wooden fishing boat. They have since grown their business and today owns over 100 fishing vessels and this successful venture into the mall business. Must have honed their business acumen right as The Fisher Mall has become one of the premier local destination in the country today.

With its soft opening mid-December in 2014, this $1.13-billion integrated casino and resort project is certainly attracting the right attention in Las Islas Filipinas. All the anticipation and waiting has created a sense of longing for this prized local destination which is patterned after the famous City of Dreams Macau, another flagship project of Melco Crown Entertainment.

Set to have its grand opening this Chinese New Year 2015, City of Dreams is one entertainment center many Pinoys are wont to set foot in time. A force on its own, this place is primed to a major competitor as a resort and gaming hub not only in the Philippines but in this part of Asia, carving its name in the likes of Las Vegas, Macau and Singapore. Truly, a place to dream big! 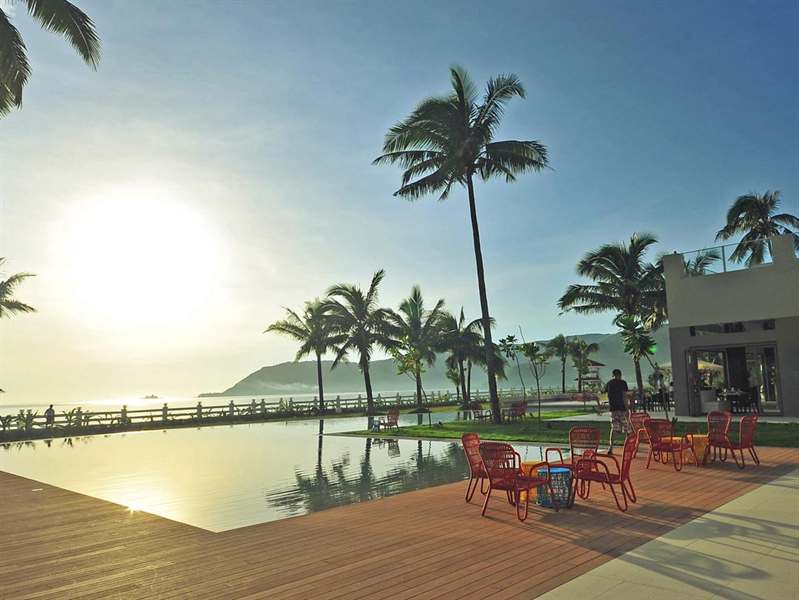 There must be some magic that wraps this beach creation for Pinoys from all over Planet Philippines to seek its comforts and offerings right in the heart of Baler, province of Aurora.

Branded as the place “brighter than sunshine”, this go-to place offers the best Philippines has to offer. Beyond its pristinebeaches and ambience that comes from superb architecture, are a management and staff that is dedicated to make your stay most memorable. Must be the reason why the influx of visitors, local and foreign alike, seem to be of no end – any season of the year. 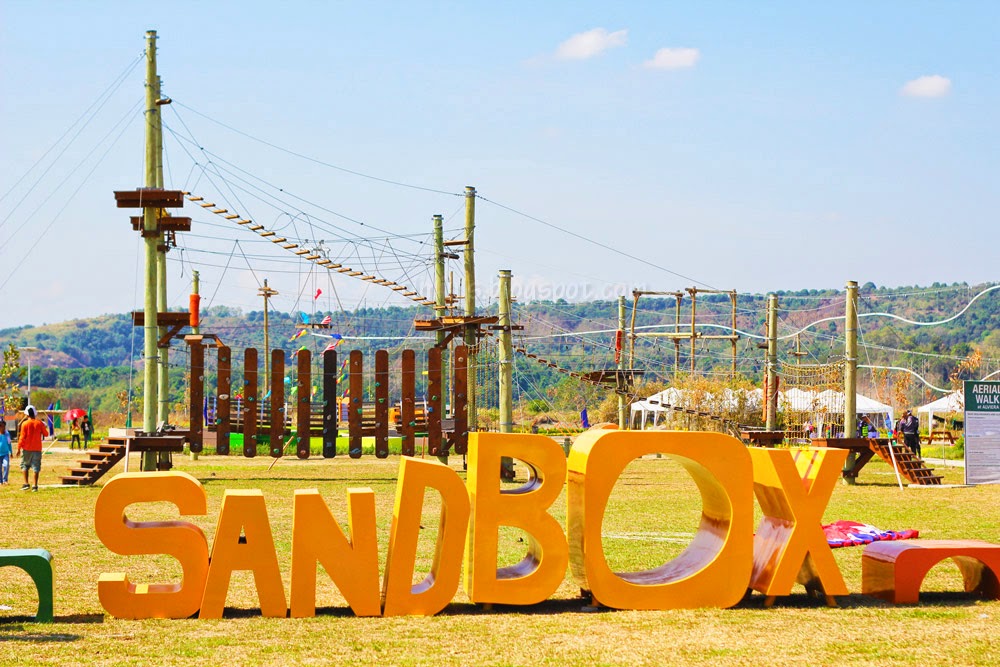 With all the fun activities embedded in this place, finding the “kid” inside you won’t be a tall order – whether you’re 7 or 70 years of age.

The idea was to enlarge that proverbial sandbox that children derive endless moments of fun from. Put in a large, large area of open-air and loads, loads of things to do. Classic example: Aerial Walk Challenge. Yes, you’d be several meters up in the air doing your thing. What that means is adrenaline pumping like no other. And we’re not finished yet, you can go a Free Fall or Rappel Walking or Wall Climbing. And if you want to etch some adventure you don’t see anywhere else, try The Avatar One. It’s Asia’s first and only roller coaster hipline. Now you’ve got something to brag home, assuming your folks haven’t been here already! 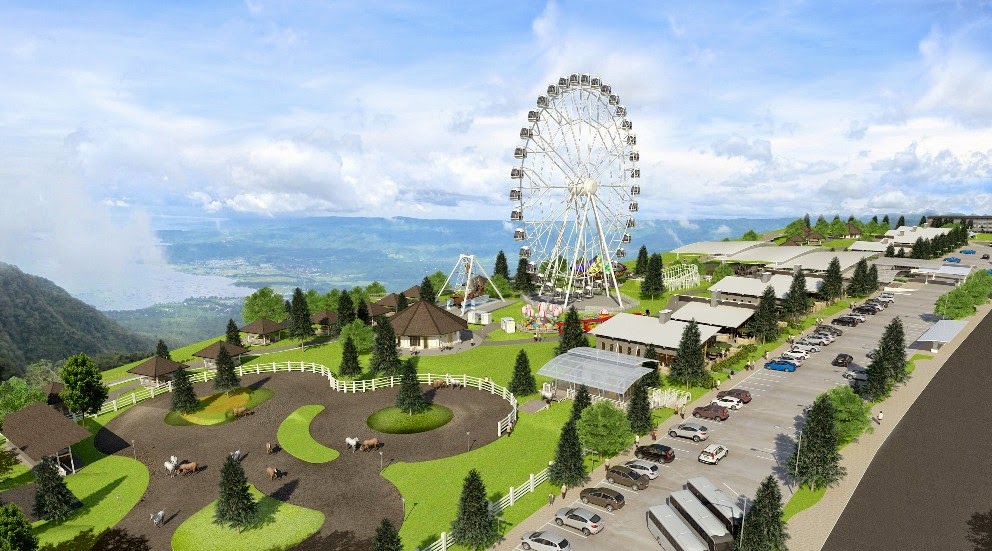 Tagaytay has certainly been established as one of the premier vacation places in the Philippines – where if you want to get some fresh air and settle your nerves you can let the higher altitude and perfect view replenish your soul. But there’s one that has added glitter to the gold offering that is Tagaytay, and is none other than Sky Ranch Tagaytay.

Revel at the biggest ferris wheel ever the child in you will see. Move over town fiestas and all those rickety-rack placed in a show. You may not feel so cool a weather in Tagaytay than in Sky Ranch. Of course, be ready for the crowds. With all the wonderful offerings, you may have to learn to master your yoga breathing while doing some queueing. But you know what they say about waiting. Great things happen to those who wait! 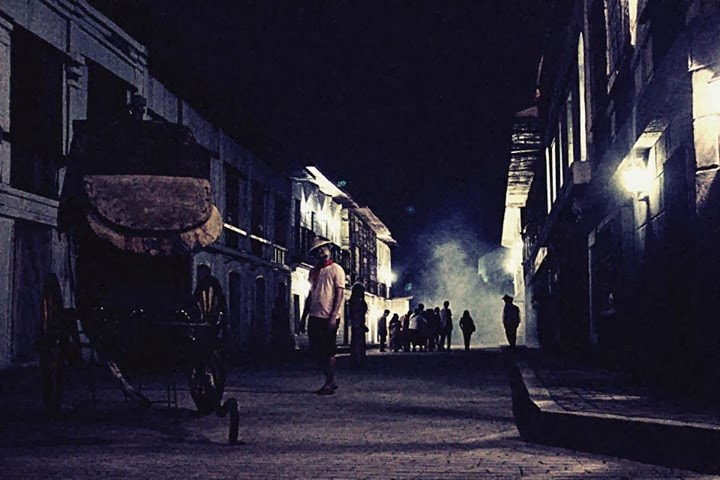 Ever wondered why scream – of all words – start the name of this place? Simply because Scream Park is designed to give you the jitters, built to scare the sh_t out of you. Or to be damn straight about it, this is one Halloween-themed park you won’t forget.

Remember those Korean scary movies or Hollywood flicks that make you scream from your sofas, Scream Park is those movie transformed into one singular place of interest. From the 3 Scare Mazes down to a host of other offerings. So most definitely this is not for the weak-hearted but for those who want to pump adrenaline right into their system by testing the limits of their fears. So don’t blame us if you end up scared white. The best thing’s your breathing. Yup, no fear rules! 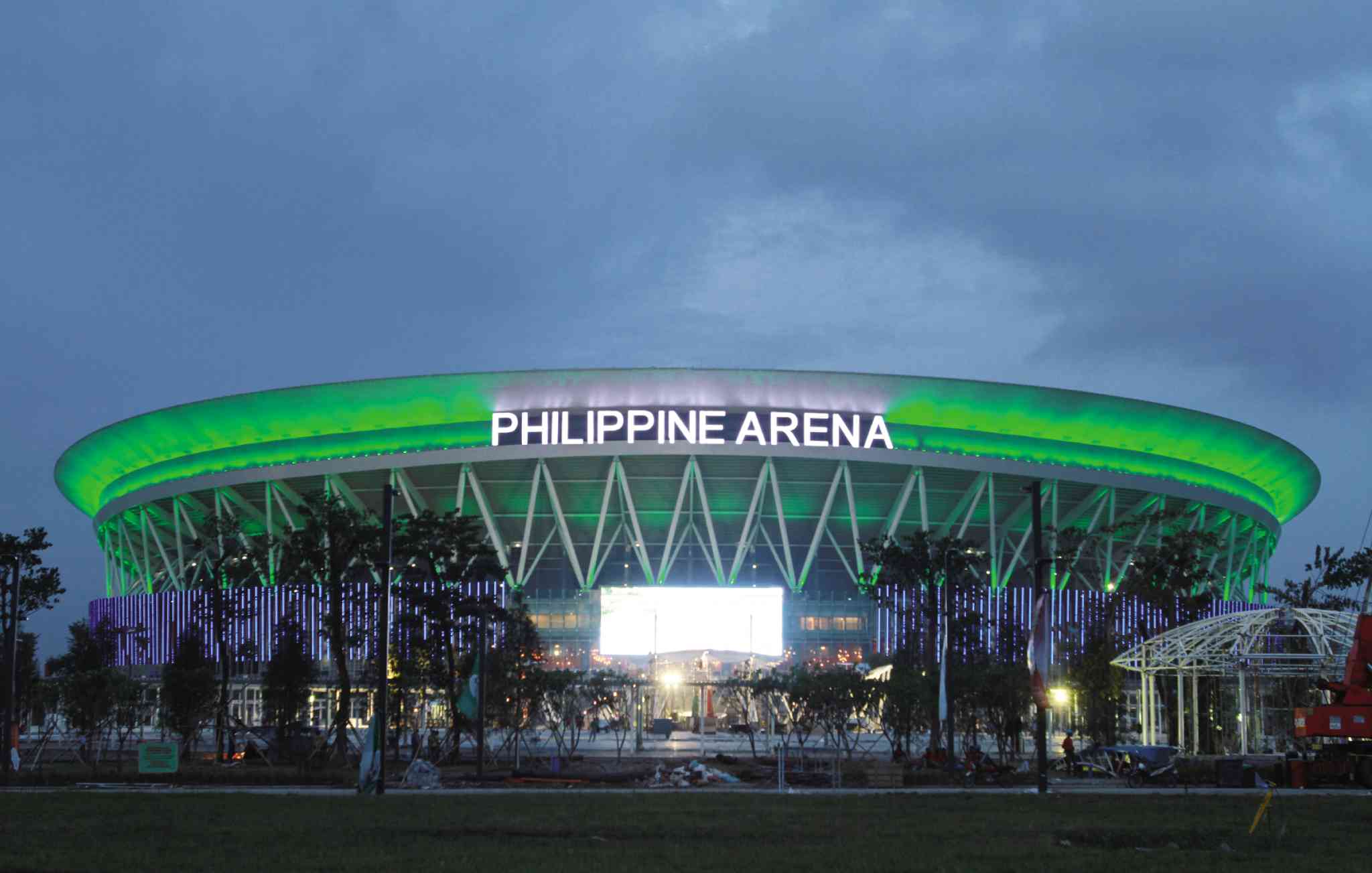 And the honor of the most sought-after, the most searched local destination in the whole of 2014 belongs to none other than the Philippine Arena. If you wonder why all the fuss, the reason is simple as the place is currently the world’s biggest indoor arena capable of holding 55,000 people sitting in a 140-hectare zone. Built by the Iglesiani Cristo for their centennial celebration in 2014, the place is so big that the only thing that can do it justice truly maybe a Manny Pacquiao mega bout against Floyd Mayweather. Assuming the parties finally agree!

For your thoughts, violent reactions and suggestions please find the C-Section handy, short for Comments Section. And should you want to add life to your social media, check on the Quick-Share buttons. That should get things going, in no time at all!