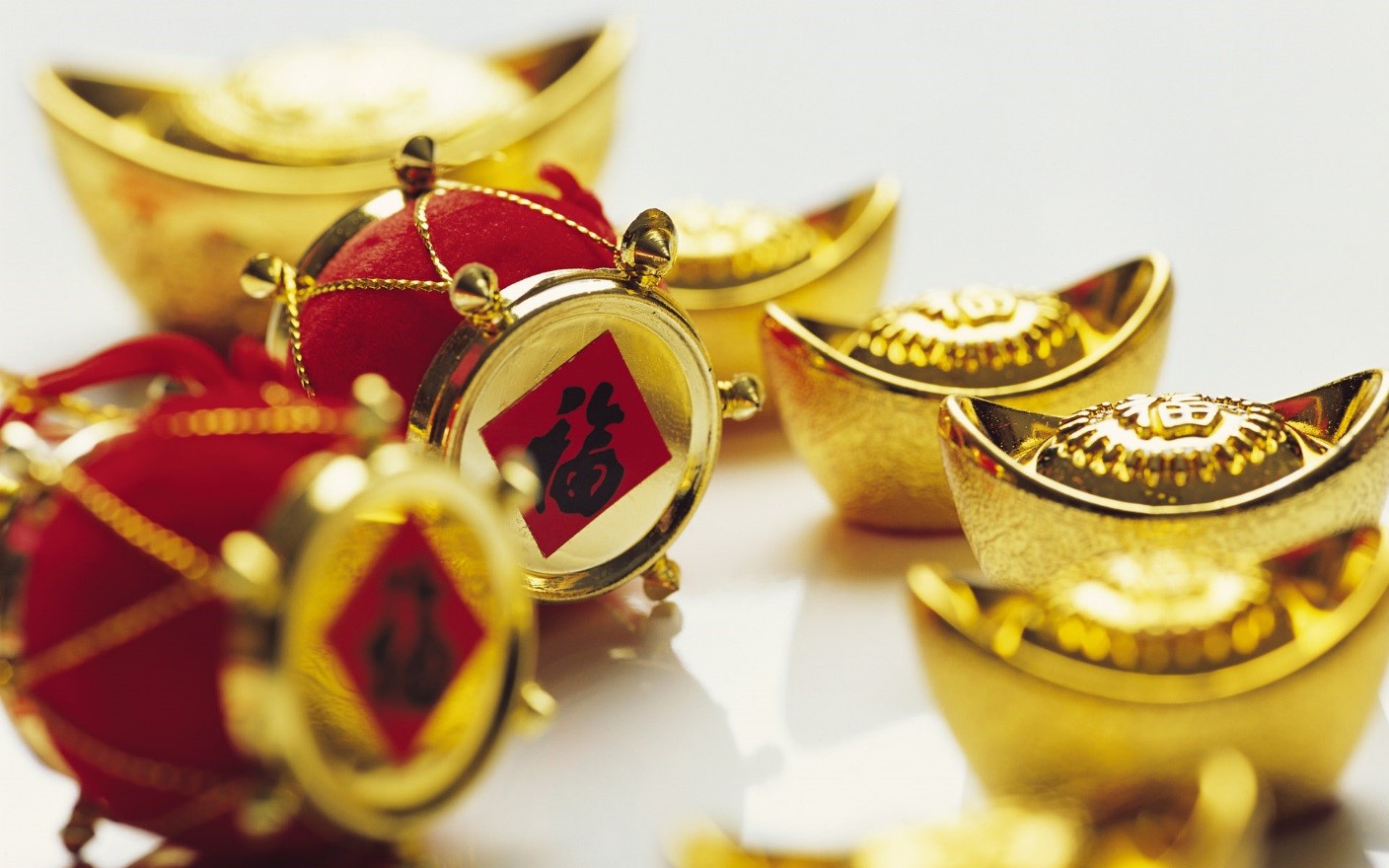 I would have chosen to write about the best of Chinese delicacies. Making our mouths water. Lumpia, Ngo-Hiong and what have you. But I surmise, if there is anything that might be most worthy of my pen about the Chinese bloods who has come to Planet Philippines and has offered something worth emulating, it’s got to be their most successful entrepreneurs – however squinty-eyed. Who among equals have shown us that to labor is glorious indeed. And made us drool in envy of their shining gold held in abundance.

Gentlemen, Kung Hei Fat Choi! (Did I spell it right?) The cream of the Chinese crop. Prime movers in our society. The most successful squinty-eyed Chinese businessmen in this side of the Pacific.

For many Pinoys, Bernie Liu’s name may not ring a bell but his creations do, mostly in retail. Read: Penshoppe, Oxygen, ForMe, Memo and its marketing arm Red Logo.

An architect by profession (licensed), his flurry into the retail scene started in 1986 designing shirts in the Cebu-based garments factory of his parents. In time, his shirts were showcased in department stores by 1991. There was no looking back after that as Penshoppe, his most recognized brand, rose to become a household word in the country. Other creations has since followed (e.g., Oxygen, ForMe).

For his remarkable success in the field of entrepreneurship, Liu was awarded Most Outstanding Filipino Retailer twice. 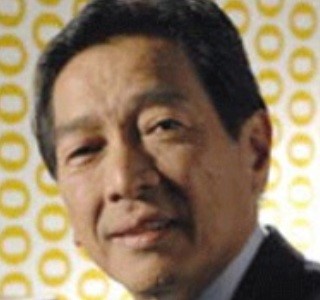 Praise be to the man whose product can be found in millions of lunch boxes nationwide: Alfred Yao. President of Zest-O Corporation, Yao started the business of packed juices and turned it into a food and beverage giant.

His business venture – like most people in this list – was not all paved with instant success, as his revolutionary “doy” packs, a new way of packaging, were turned down by many juice manufacturers. Unable to find market for his technology he decided to venture into the packed juice business himself creating Zest-O in the process. Not only did the brand become a successful venture in Planet Philippines as it controlled over 80 percent of the local ready-to-drink industry, market in other countries from China to the United States have swelled.

Because of his success, Yao was able to diversify into the aviation industry buying carrier Asian Spirit and naming it Zest Air in the process.

Unlike many on this list, Alfonso Yuchengo did not have to start from scratch as he was born to a wealthy Chinese family. His father, Don Enrique, already owned a flourishing rice trading business along with a construction business operating in Binondo, Manila.

Instead of sitting and waiting for wealth to come his way, Alfonso worked hard forming insurance starting with his The China Insurance and Surety Company, now known as the Malayan Insurance Group. Success in this endeavor allowed him to build a business empire, one collectively called as YGC or Yuchengco Group of Companies.

Forbes, in its 2009 issue, has ranked the Yuchengco family as the 19th most wealthy in the land with a networth estimated to be at $230 million. 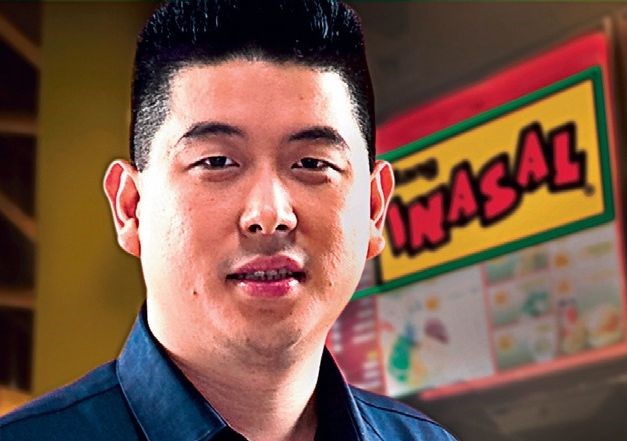 He may be a “bagito” in the list but his feat is nothing short of amazing. An Iloilo native, Injap, the enterprising 30-something rose to prominence when famous Jollibee magnate Tony Tan Caktiong offered to buy a 70 percent stake in his fast-food business, Mang Inasal.

Not wanting to pass on a lucrative chance, Sia consented to the wishes of the Jollibee patriarch and accepted the 200-million downpayment to the entire transaction which is priced at P 3 billion. Today, Sia is not only the latest addition to the billionaire list in Planet Philippines, he is considered the youngest in the bunch. Not bad for someone who started in 2003 and who sold chicken in the parking area of Robinson’s Iloilo.

Mang Inasal has over 312 stores nationwide as of this writing with 28 company-owned and the rest franchised with revenues over P2.6 billion per year. 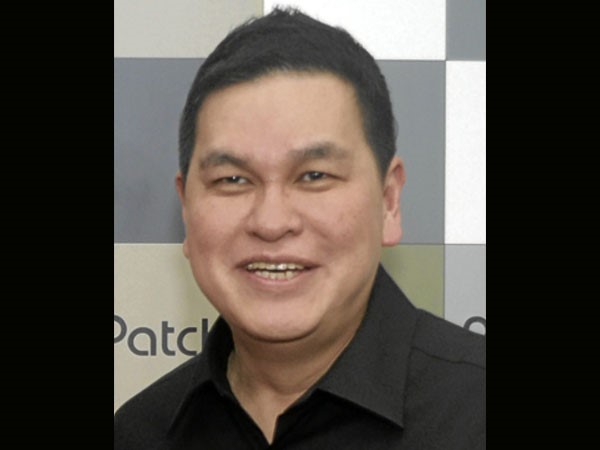 With a sharp business acumen, Ben Chan’s creations has become the foremost retail brand in the country. And his ventures has become so wildly successful, his business interests spanned many industries from apparel to furniture and even to food.

His yearly shows has become a spectacle – not to mention controversial. Yet, one thing has been constant over time, Ben Chan’s appetite for growth is immense. Starting way back in 1987 targeting men’s wear in a boutique, the Bench (short for Ben Chan) has expanded to cater to every apparel need of every Juan. Today, local brands under his belt include Kashieca and Human while he has also adopted interational ones namely Aldo, Celio, Pedro and the Face Shop to name a few. 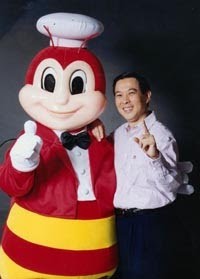 Mere mention of his business is enough for every warm-blooded Pinoy to stand in awe at his business empire. The name: Jollibee. Who has not been enthralled by the beauty of one and who has not spent hours in the bright lights of one dining and gorging on those crispy chicken like there is no tomorrow.

Tony’s Jollibee has grown to mythical proportions expanding operations even to the United States, stronghold of its biggest rival MacDonald’s. Jollibee’s success has humbled MacDonald’s as the American brand plays but a second fiddle here in Planet Philippines. His operations have become so big, it is reported that in the first 9 months of 2010 the company posted a PhP 50.8 billion sales for that period.

For his business excellence, Tony has been awarded the Ernst & Young Entrepreneur of the Year. Clearly, wherever the Bee goes, the Bee wins. 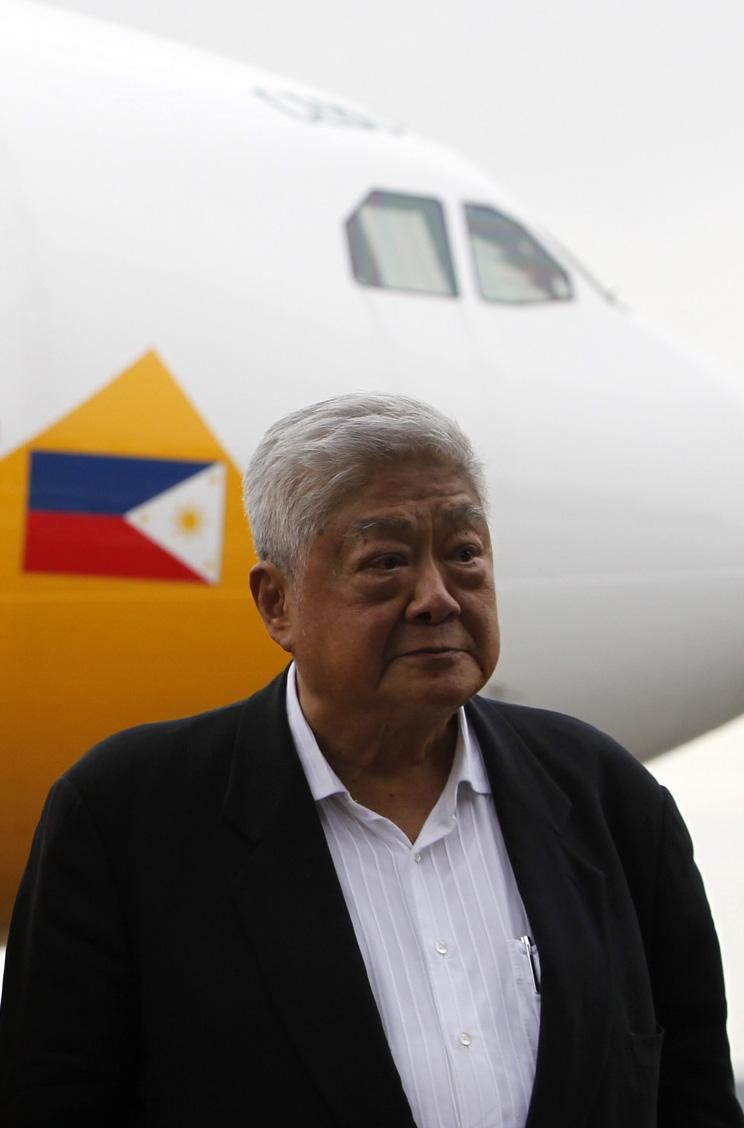 Nobody can deny how John Gokongwei rose from rags to riches. Who would imagine that the billionaire par excellence started out biking from one market to another in Cebu selling soaps and everything and anything his bike can accommodate.

Today, his business empire is one of the handful that is embedded right into the heart of Pinoy lives from snacks (Universal Robina) to retail (Robinson’s Department Store) to malls (Robinson’s Malls) to airlines (Cebu Pacific) and more. Even in old age, billionaire Gokongwei is still a dynamo fleshing out ideas like a young budding entrepreneur. 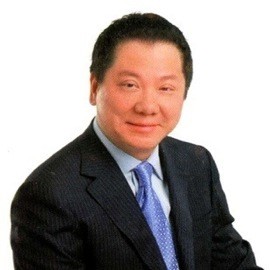 Holding principal interest in real estate and liquor Andrew Tan’s name has been synonymous to business success ever since his endeavors were injected into the national consciousness.

His property ventures are legendary as CEO of Megaworld Properties and Holdings, one of the biggest residential condo developer the country can rightfully boast of. But along with this real estate brand are other well-known brands, Empire East holdings and Suntrust Properties. Together with his largely successful Emperador Light brandy which has given Lucio Tan’s Tanduay Rhum a run for its money, Andrew Tan is a visionary par excellence.

Where many may see but an empty piece of land, Andrew Tan sees a luxury condo waiting to be developed.

With all the wealth he has generated, it is hard to believe Lucio Tan was but a poor kid from Fujian Province, China. Captain to a $1.7 billion industry, this Chinese immigrant is a giant among men and his businesses a stuff of legends.

Start with Philippine Airlines, the country’s premier airlines. Then go to the over 150-year-old Tanduay Distillers, manufacturer of the country’s top liquor brand. And get dizzy in Fortune Tobacco Corp., the country’s #1 producer of cigarettes. Lucio Tan’s influence via his products has reached even the most far-flung villages of the country. 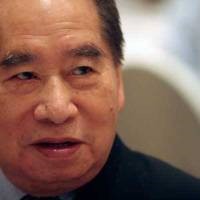 The only reason why Henry Sy has always been at the top of the list is because he alone is the man dubbed as the “father of Philippine retail”.

He has built the biggest malls of them all. Fact is, he has built more malls than his closest competitor, the Ayalas. He may have other business interests exemplified by his success in the banking industry for instance (i.e., Bangko de Oro) but he is most identified with his SM malls. Henry Sy, the mall king.

Again, it’s hard to imagine how this guy who is the wealthiest in Planet Philippines ($4.2 billion) used to be sleeping in the small sari-sari store in Binondo owned by his immigrant father.

There you have it folks. Drop us your 2 cents in the comments section below. Or make that your shout-outs. For your social media needs, there’s the Quick Share buttons for your satisfaction.