10 Common Transportation in The Philippines

Getting around the Philippines can be both easy and challenging. For the most part, going around on foot can be done in the cities, especially since most of the business and lifestyle centers in that district or area are of walking distance from each other. But if you’re planning to travel all over the country, you’ll have to familiarize yourself with the many different transportation modes we have.

Here are the 10 common transportation in the Philippines.

The fastest way to get from for one island group to another is by plane. Plane rides from one end of the country to the other often times don’t last for more than two hours. There are 13 international airports and 31 principal domestic airports scattered all over the Philippines. All of which have daily or multi-weekly fight coming in. We have a number of airlines to choose from, offering both international and domestic flights. Airfare is relatively affordable, and some domestic airlines would offer promos that offer flights are very cheap rates. 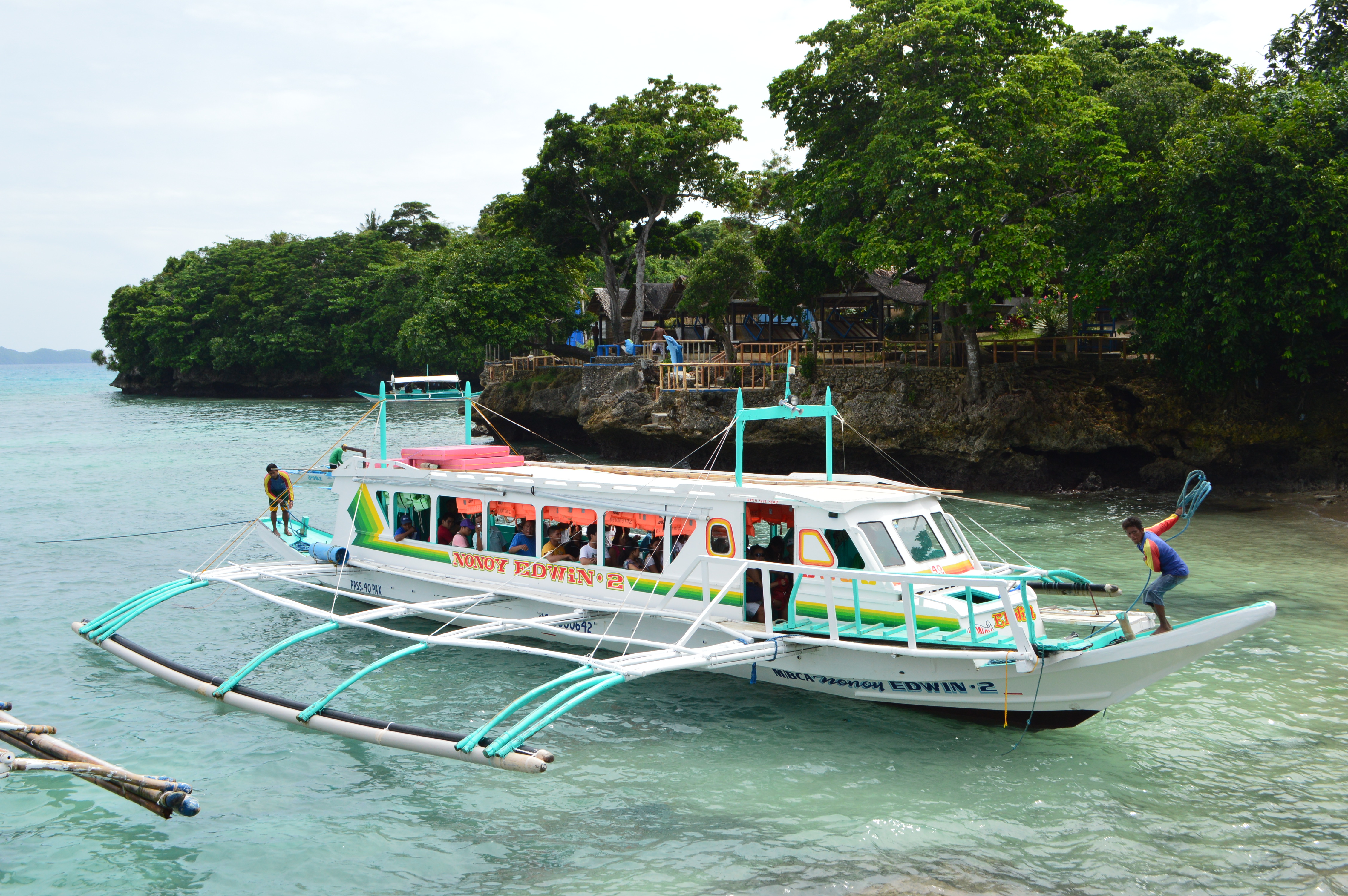 The Philippines is an archipelago made up of some 7000 islands, some of which are only accessible by boat. The many ports in the country are used for shipping, local delivery, cruises, fishing, and marinas. Large ships offer trips all over the three main island group, often lasting overnight to a day depending on the destination. Large neighboring islands often have barges or RO-ROs ( roll on, roll off) that carry passengers, cars and trucks, and cargo across. You can also ride a fast craft which can get you to your destination faster than a regular boat. Smaller islands are accessed with wooden motorized boats or pump boats, and even smaller boats or Bancas (Philippine jukung). 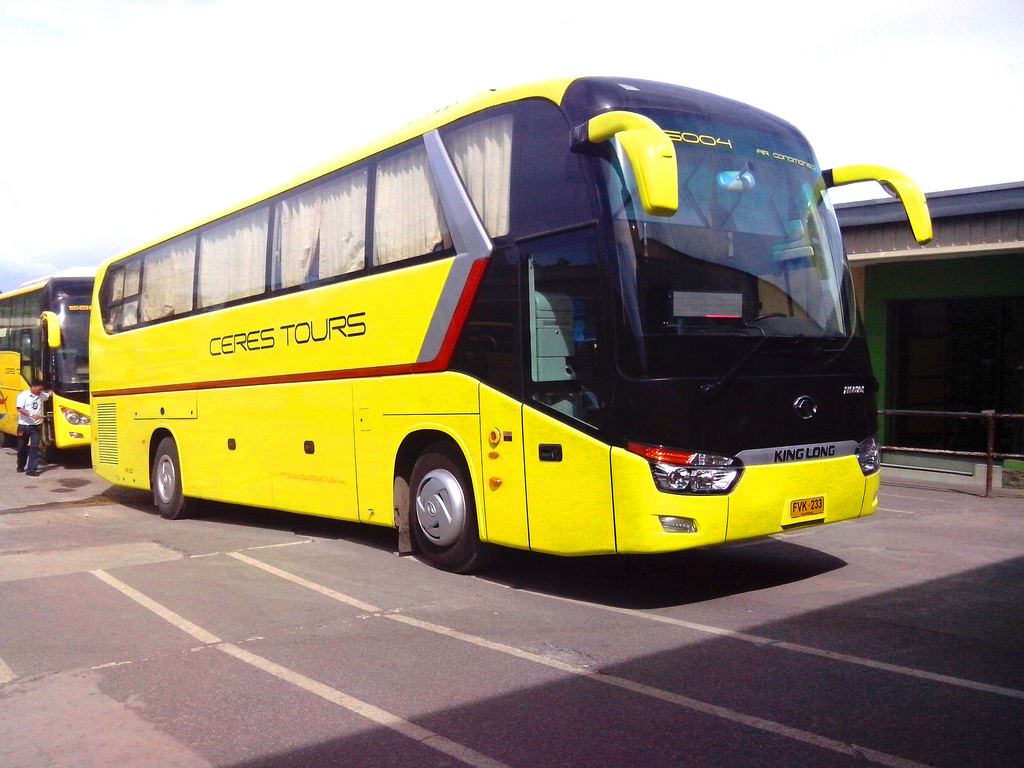 Riding a bus is the best way to get to a distant province or a different island group if you can’t catch a plane or boat. Many bus operators offer trips from major cities, like Manila and Cebu, to provinces in other neighboring islands and even island groups. Most buses, especially those travelling in long distances, have designated stopovers where passengers can eat, use the washroom, and stretch their legs. Busses that come with a bathroom often have nonstop trips to the destination, which means they get you there faster. Non air-conditioned busses have lower rates compared to air-conditioned ones, but you’ll have a more comfortable trip with the latter. 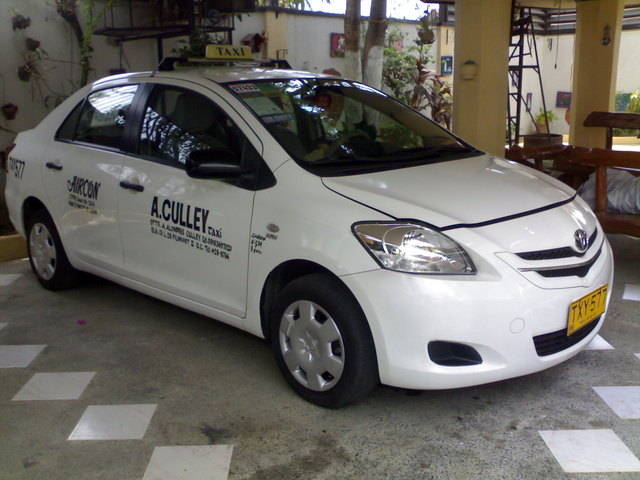 In major cities, taxis are the most convenient way to get from one destination to another. Fare flags down at P40 and have a distance rate of P3.50 for every 300 meters. It’s good to know that not all cities have taxis with meters. Some offer their cab services with a fixed rate, so you’ll have to talk to the driver about how much it’s going to cost to get you to your destination. Airport taxis (which are often colored yellow and park along the airport) also have a higher flag down and distance rate than regular taxis so don’t be surprised if you’ll pay more if you ride one of these. 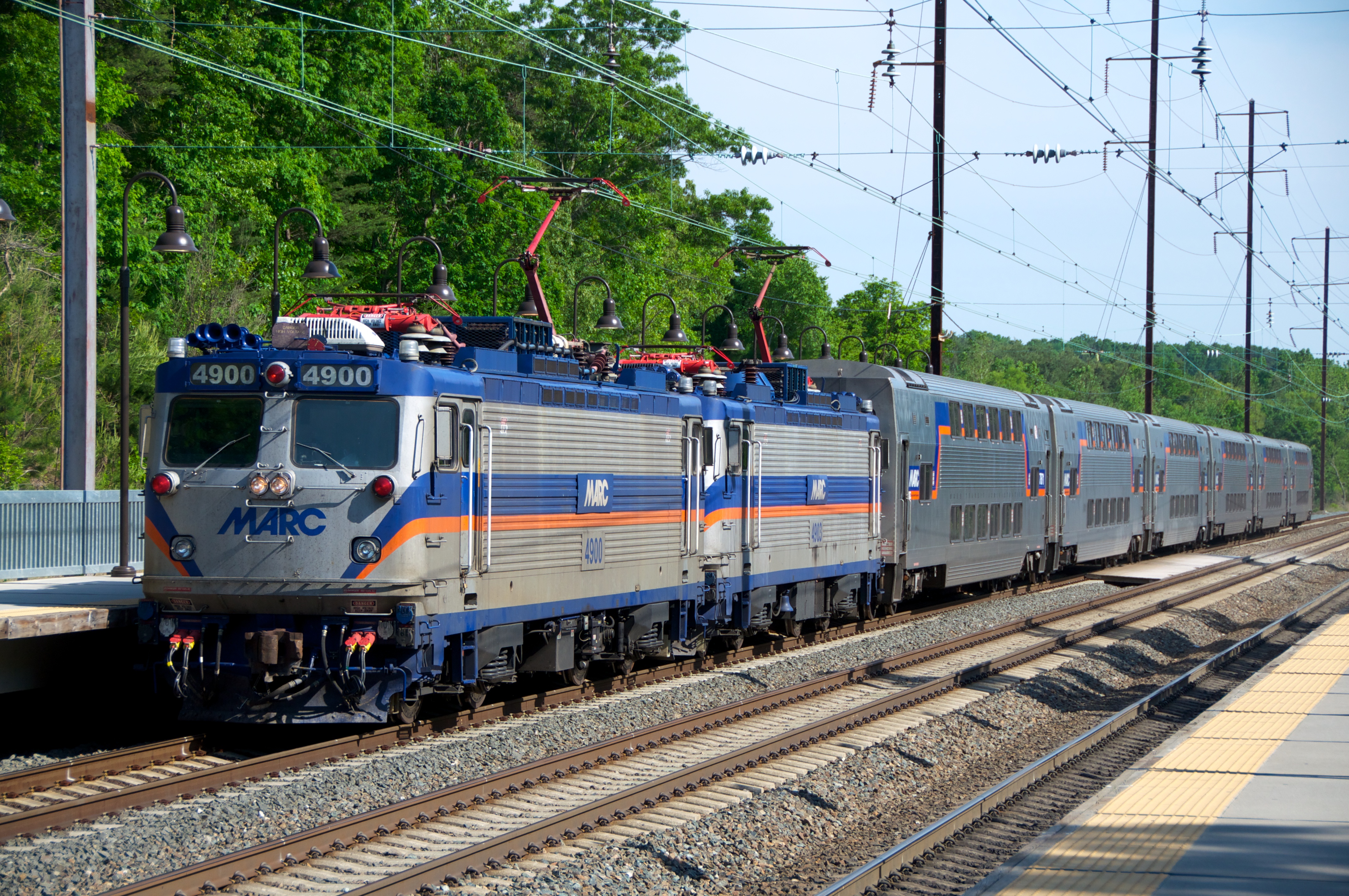 There are a number of railways in the Philippines, which is operated by the Philippine National Railways and the Philippine Railway Company. However, over the last century, railways outside Metro manila were closed due to various reasons. Today, rail transportation is mostly used in Metro Manila. The MRTA (Manila Metro Rail Transit System) and MLRT (Manila Light Rail Transit System) can take you from one end of the metro to the other. Although the systems are in different tracks, they are do have interchange stations. 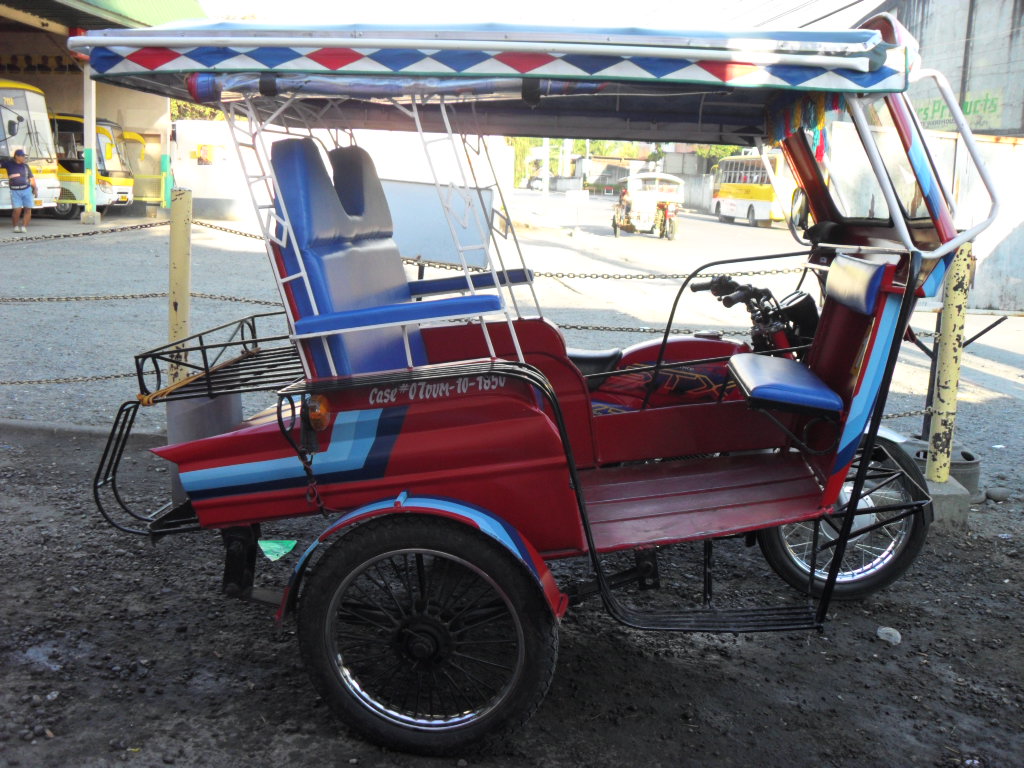 Motorized tricycles are common throughout the Philippines as an easy and fast way to get to a destination. This is a motorcycle fitted with a sidecar that fits six people. You can ether sit behind the driver or inside the sidecar. Drivers often paint their sidecars in vibrant colors and designs, making the tricycle stand out in the street. These auto rickshaws are the most popular means of transportation in small towns and cities, especially in rural areas, and are built to withstand rough terrains. In Northern Mindanao, these are called Motorela and are shaped differently. They have a small cabin that can fit four people attached behind the motorcycle, instead of on its side, and has four wheels. 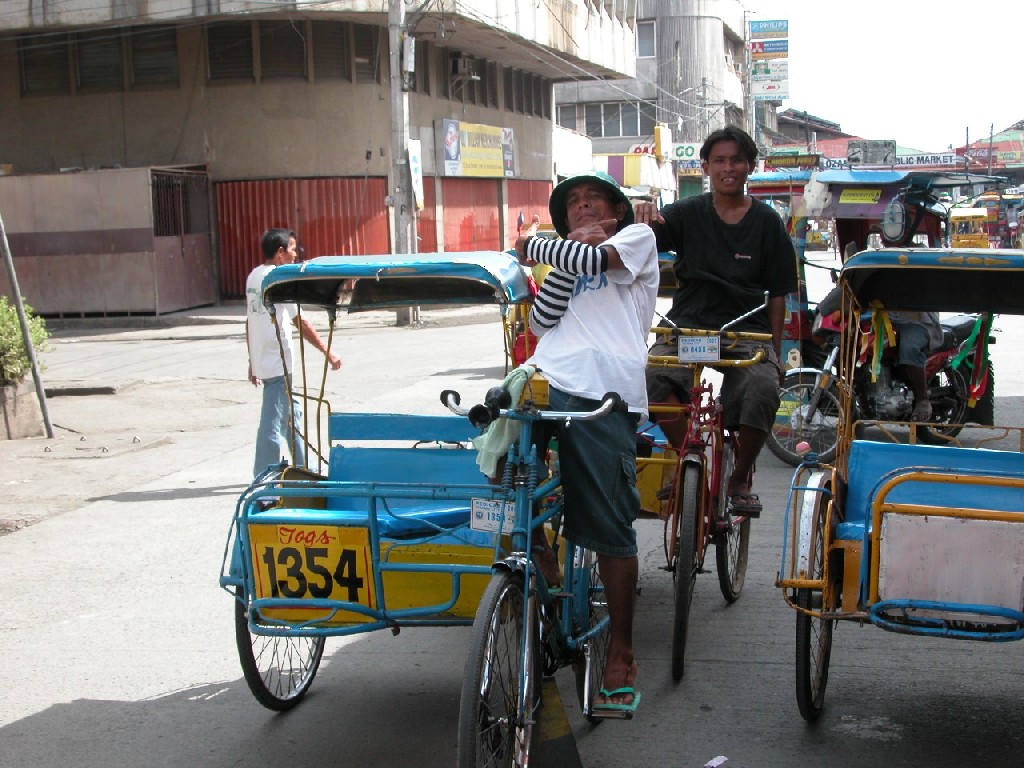 Also known as a Trisikad, this is a cycle rickshaw that’s similar to the Tricycle, only it’s smaller and is fitted with a bicycle instead of a motorcycle. These are commonly ridden by passengers for short distances along small, more residential roads, usually to or from bus and jeepney stops. They’re also used to transport cargo that’s too heavy to carry over a distance. During the rainy seasons, they’re also useful if you want to avoid walking through flood. Habal-habal or motorcycle taxis are very common in the Visayas and Mindanao, as well as some parts of Luzon. In some places, they’re called skylabs (after the Skylab space station) where a t-beam or wooden planks are placed across the driver’s seat so more people can be accommodated. The Habal-habal is the best ride to take if you’re going to those remote areas with dirt roads that cars and tricycles can’t pass though. They’re also a great way to get around the city and bypassing traffic. 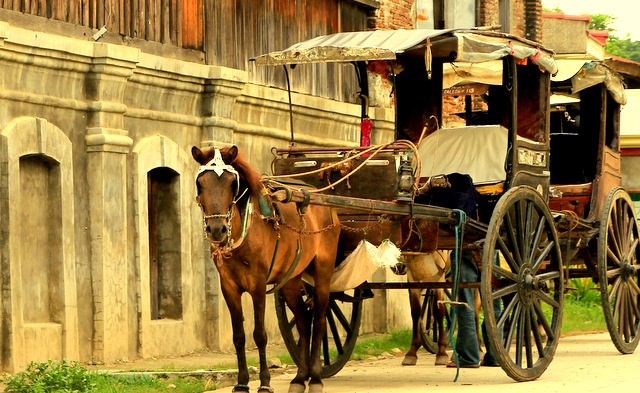 The Spaniards gave us the concept of the Kalesa, which is a horse-drawn calash that can transport 2-4 people. Although this have become a rarity, you can still ride a Kalesa in some Philippine provinces, such as in Laoag and Vigan. These can also be seen in the streets of Binondo in Manila and in Intramuros where they cater to tourist. In part of Cagayan and Tuguegarao, these can be ridden in specific streets. In Iligan and Cebu City, you can ride a Tartanilla, which is a similar horse-drawn carriage where you sit sideways instead of facing the back of the coach driver. 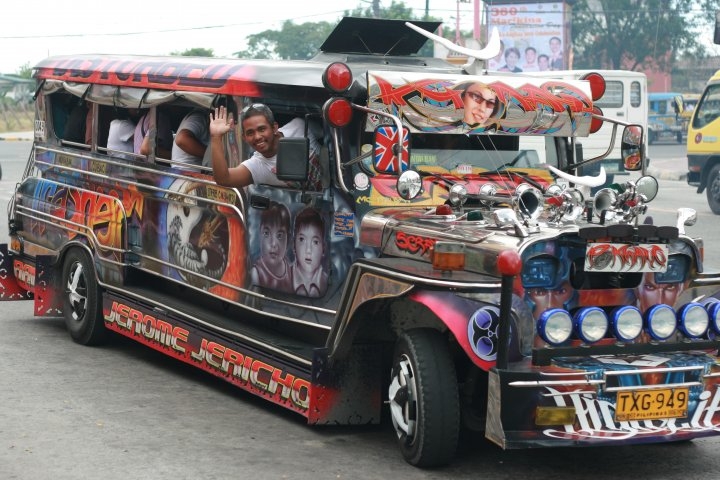 No matter where you want to go in the Philippines, there’s always a Jeepney that can get you there, or at least close to you final destination. They’re the most popular means of public transportation in the country. Jeepneys originated from the U.S. military jeeps that were left over from World War II. You enter the vehicle from the rear door and sit sideways. There’s a certain etiquette when riding a Jeepney, such as handing down the fare to the driver or Kundoktor (fare collector), giving space to other passengers as the jeep fills up, and even how to tell the driver that you’re stop is coming and you’re getting off. Expected etiquette varies from place to place, so try to do a little research.