10 Strange Animals Found in the Philippines

The Philippines’ 7,107 islands is home to a wide variety of colorful and majestic creatures. We have a rich diversity of fauna and flora that can be seen on land, sea, and sky. In fact, we have 7, 492 species of mammals, reptiles, amphibians, birds, and plants scattered all over the country.

Aside from cute and lovable, there are also a number of strange creatures that call the Philippines home. Below are 10 strange animals that can be found in the country. 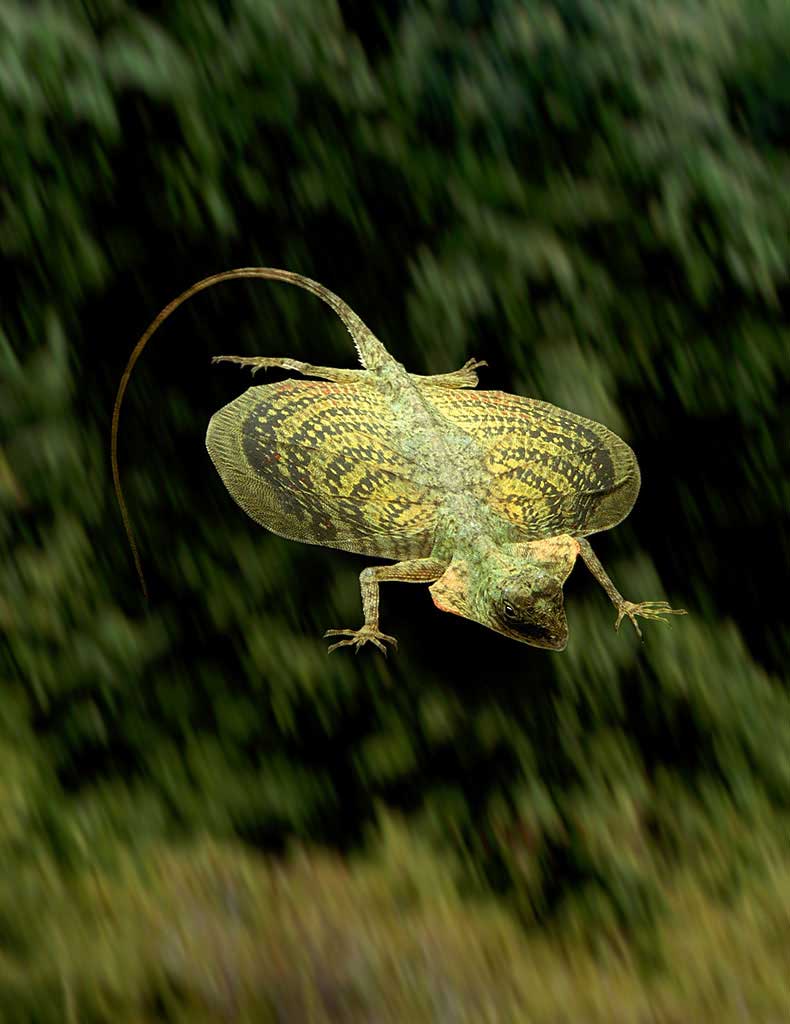 Although dragons are commonly thought of as ferocious, giant animals that breathe out fire, Flying Dragons are the opposite of these. They’re small lizards that live off eating insects. They actually can’t fly. Rather, they glide in the air using their elongated ribs. These little lizards use their gliding ability to navigate through the forest to locate food, find mates, and protect their territories. Local hunters believe that the Flying Dragons is poisonous, but after thorough studies, scientists have found that these lizards are harmless. This wrong idea did do them some good since hunters tend to stay away from them. 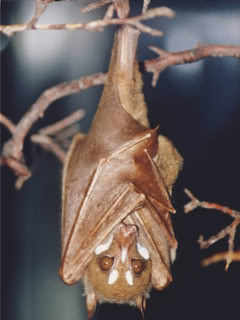 This large flying creature may look like a cat with wings, but it’s actually a type fruit bat that’s endemic to the island of Mindoro. Also known as the Mindoro stripe-faced fruit bat, it’s another recent discovery added to the country’s fauna list. The explorer Jacob Esselstyn discovered these flying foxes through local stories about a fox-like creature that had distinct markings on their faces. These flying foxes are actually related to the Sulawesi stripe-faced fruit bats, which are endemic to Indonesia. Both these creatures have the same white stripes on their brow and jaw. 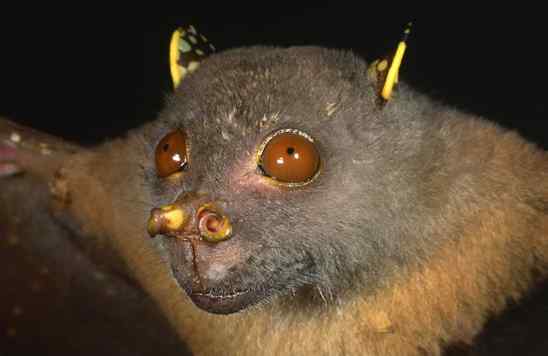 Another fruit bat on the list, the Philippine Tube-Nosed Fruit Bat is distinguished not by facial marks, but with their pointy, tube-like nostril. They can be seen flying through the rainforests of Sibuyan, Negros, and Cebu. Despite their alien-like facial features, these fruit bats only feed on fruits and insects. Sadly, these bats are tagged as critically-endangered. Over the years, deforestation and human settlements have cause major damage to their habitat, greatly affecting their population. 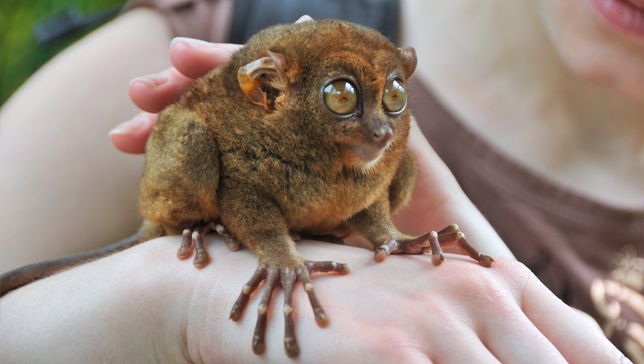 When it comes to weird features, Tarsiers have it all. Their bodies can grow to about 3 inches in height, and their tails grow longer than their bodies. They also have large eyes and small round ears which makes them look even more adorable. Tarsiers are mainly found in the town of Corella in the island of Bohol. Conservation actions are being done to help preserve the population of wild Tarsiers, since many of the locals use to capture these animals and sell them in the illegal pet trade. Although they look like monkeys, they’re actually a member of the Tarsiidae family. 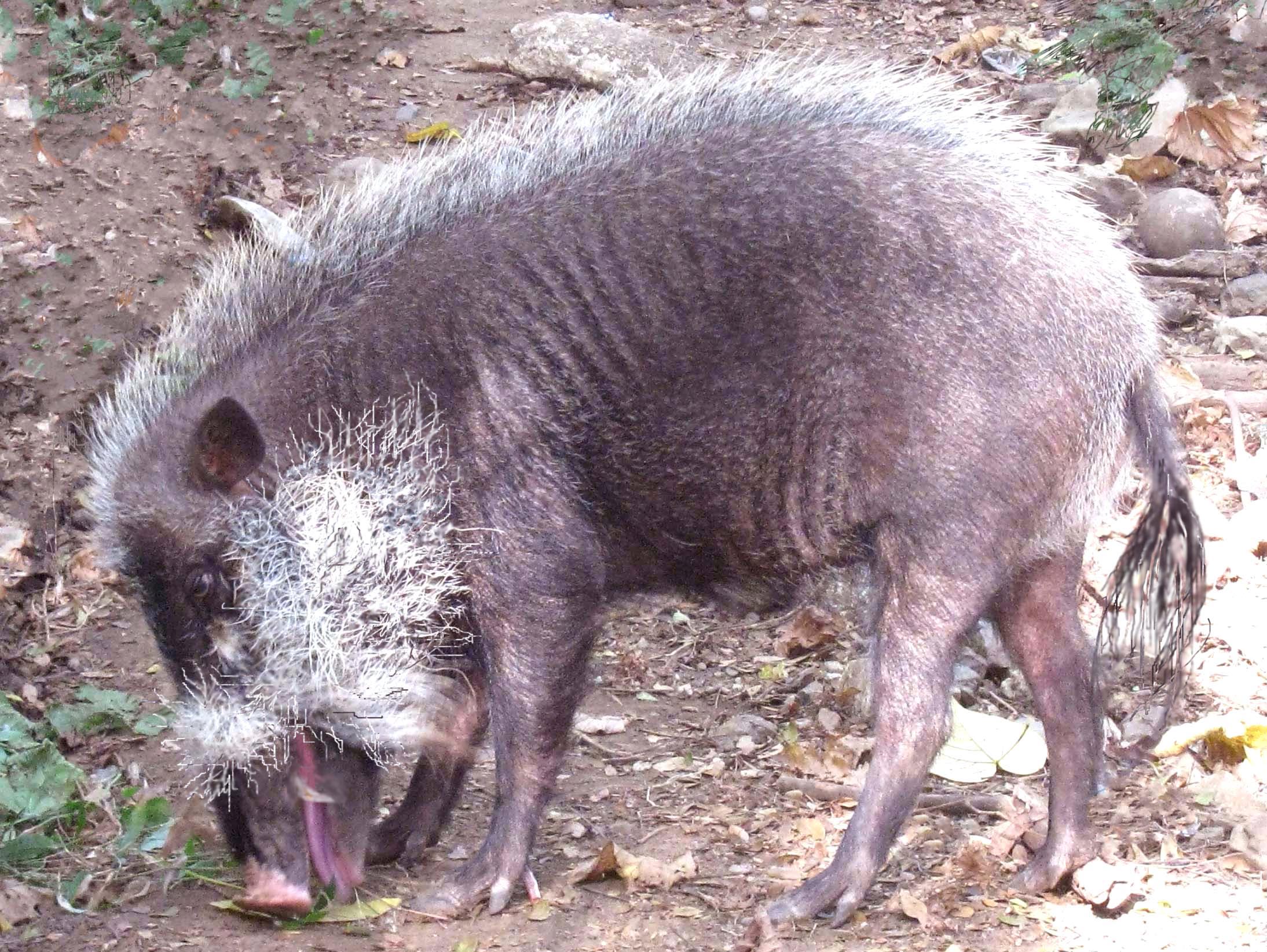 Wild pigs or baboy ramo are one of the wild animals that still roam the forest of the Philippines. However, the Palawan bearded pigs are not the usual wild pigs. They’re distinguished by their white beard and their hairy face. They also have a longer snout and canine-like teeth. Although they look scary, these pigs are actually quite gentle. They have a more “laidback” or sedentary nature. Male Palawan Bearded Pigs often live alone while females live in “matriarchal groups”. Originally, they were classified as a subspecies of the Bornean bearded pigs, but were later named as a new individual specie. 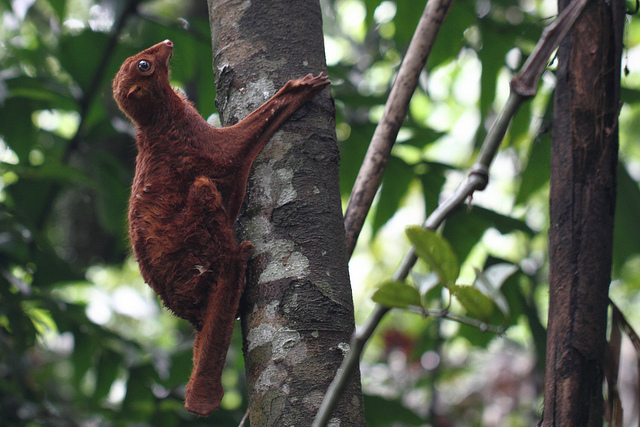 locally known as the Kagwang or Colugo, many people mistake this animal as a giant bird as it flies from one tree to another. Actually, this animal is a type of lemur endemic to the southern  and eastern areas of the Philippines. They’re the only member of the genus Cynocephalus. Their face resembles a dog while its body looks like that of a flying squirrel.   They don’t actually fly, but they use the flaps under their arms to glide gracefully through the air. These animals can even glide to a distance of 100 meters. This fast-escape plan helps them get away from predators, such as the majestic Philippine Eagle.

Its name makes it sound like a giant sea monster that’s out to destroy the world, but the Terrible Claw Lobster is about the size of a regular prawn. It got its name from one of its claw, which grows to a long, thin pincher. This creature was discovered off the Luzon Island back in 2007. It was named Dinochelus ausubeli, which literally means “terrible claw”. Many people find it strange to see these animals in the wild, thinking that they’re common water buffalo or Carabao. However, they’re actually a wild cousin of the common water buffalo and are the largest native terrestrial mammal in the Philippines. The Tamaraw is endemic only to the country, specifically in the island of Mindoro. They’re distinguished by their hairy bodies and v-shaped horns that don’t grow as long as the Carabao’s. Sadly, these animals are tagged as critically endangered and can only be seen in a few, isolated grassy plains. 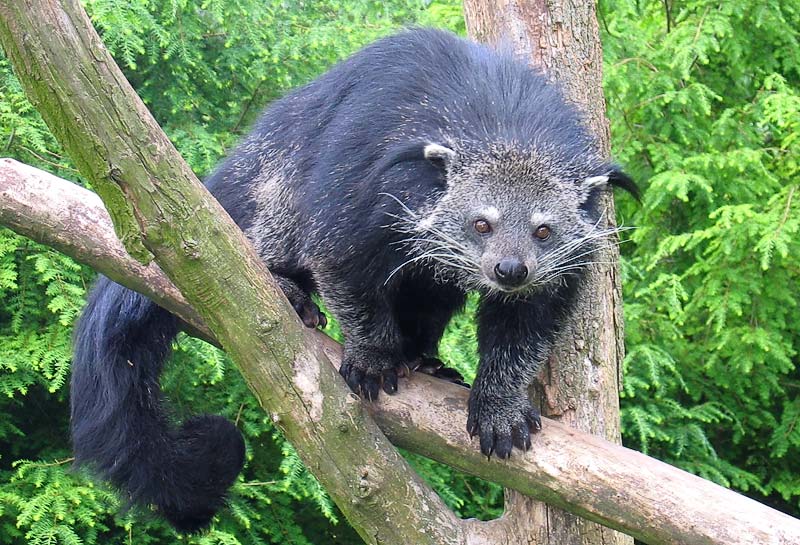 An animal that has the face of a cat, a tail like a monkey, and a body of a small bear. The  Palawan bearcat or Binturong belongs to the Viverridae family, which is more commonly known as civet or the civet cat. Its physical features is not the only thing that makes it strange. The Binturong also has a strange musk that smells more like buttered popcorn. This smell comes for a gland found under their tails. It’s a way for them to mark their territory and communicate with their kind. 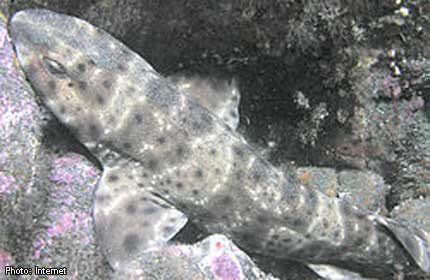 The water around the Philippines has a couple of shark species, most of which are harmless. Bubble sharks have a distinct feature that makes them stand out from the other shark species. These sharks can puff up, like a puffer fish, by pumping water into their bellies. By making themselves look big, they scare off any predators that could possible turn them to lunch. Bubble sharks may look intimidating, but they’re actually a harmless, deep-sea, shrimp-eating shark. This new species of swell sharks have a lighter spot or camouflaged pattern to them.