10 Things to Experience in A Barangay Fiesta

We Filipinos are a fun loving people. We like to enjoy ourselves, relax, and have a lot of merrymaking. If you want to have fun in the Philippines, a fiesta is where you should be. Most  fiesta is rooted in our Christian beliefs, dating as far back as the Spanish period where many towns and barrios would organize a celebration during the feast day of their patron saint. Aside from the religious activities, such as the holy masses and processions, we also have a number of activities and highlights that make a fiesta even more enjoyable.

Here are 10 things that you can see and experience in a Barangay fiesta. 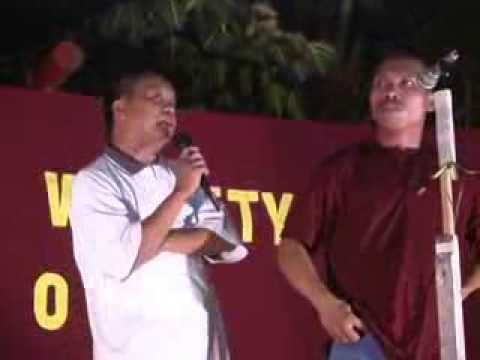 Variety Shows are very common during a fiesta. This is a program, often organized by the barangay officials or a committee lead by them, to entertain everyone. This often happens at night in the barangay sports complex or on a stage set-up near the barangay hall. It features locals showing off their talents by singing or dancing. Sometimes, professional entertainers and show bands are hired to put up a show for the audience. You also often get a comedians throwing their best jokes at the crowed, a doble-kara artist (someone who can sing in a male and female voice), or a magician doing mind-blowing tricks with swords and fire. 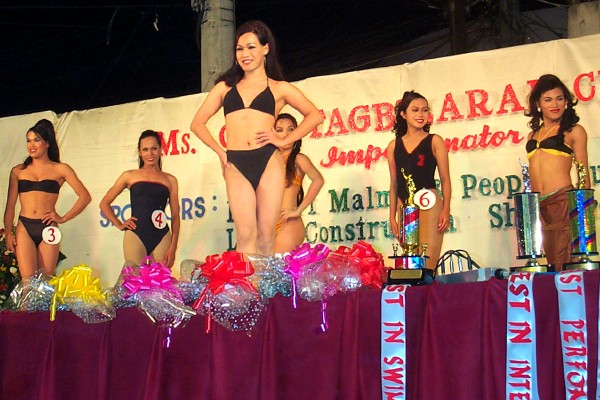 For some reason, there’s usually a small pageant during a barangay fiesta, especially if it’s a big barangay. Local girls would try their luck to win the title as the most beautiful girl in the area while their neighbors and family cheer on. Some barangays organize a Miss Gay pageant, which is more for a comedic show than an actual pageant. Participants would entertain the crowd with their wit and talents. 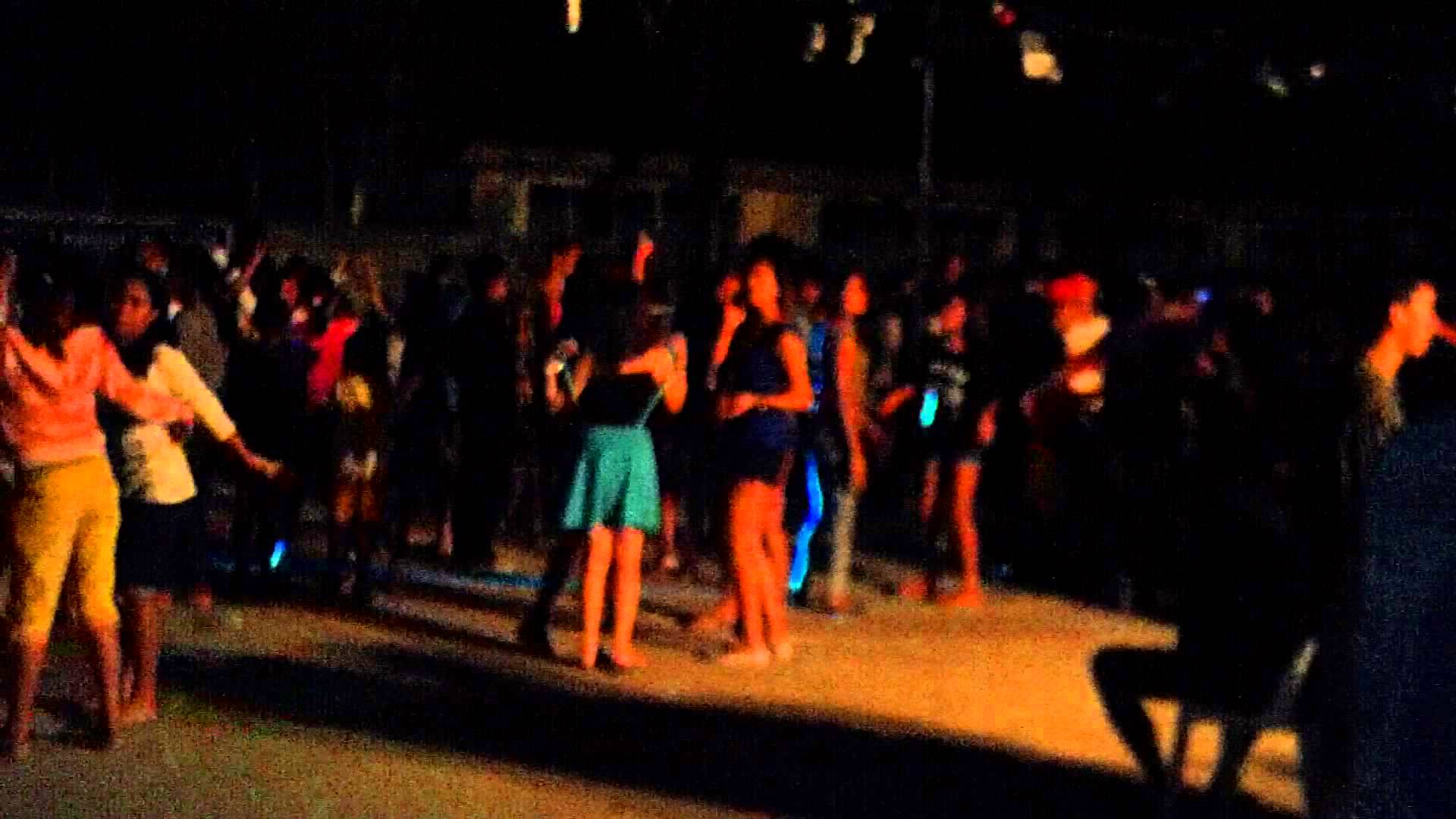 During a fiesta, discos are commonly organized by the barangay youth committee. A sound system service, commonly known as a “disco mobile”, is hired to set up large speakers on one of the roads in the area. The road is closed off by placing railings on both sides of the road’s ends. In Bisaya speaking areas of the country, this make-shift disco is called diskoral, referring to the railings or koral  that keeps the road and everyone in.  this often starts early during the evening and ends late at night. A small entrance fee is also usually collected so you can get in to the dance area. 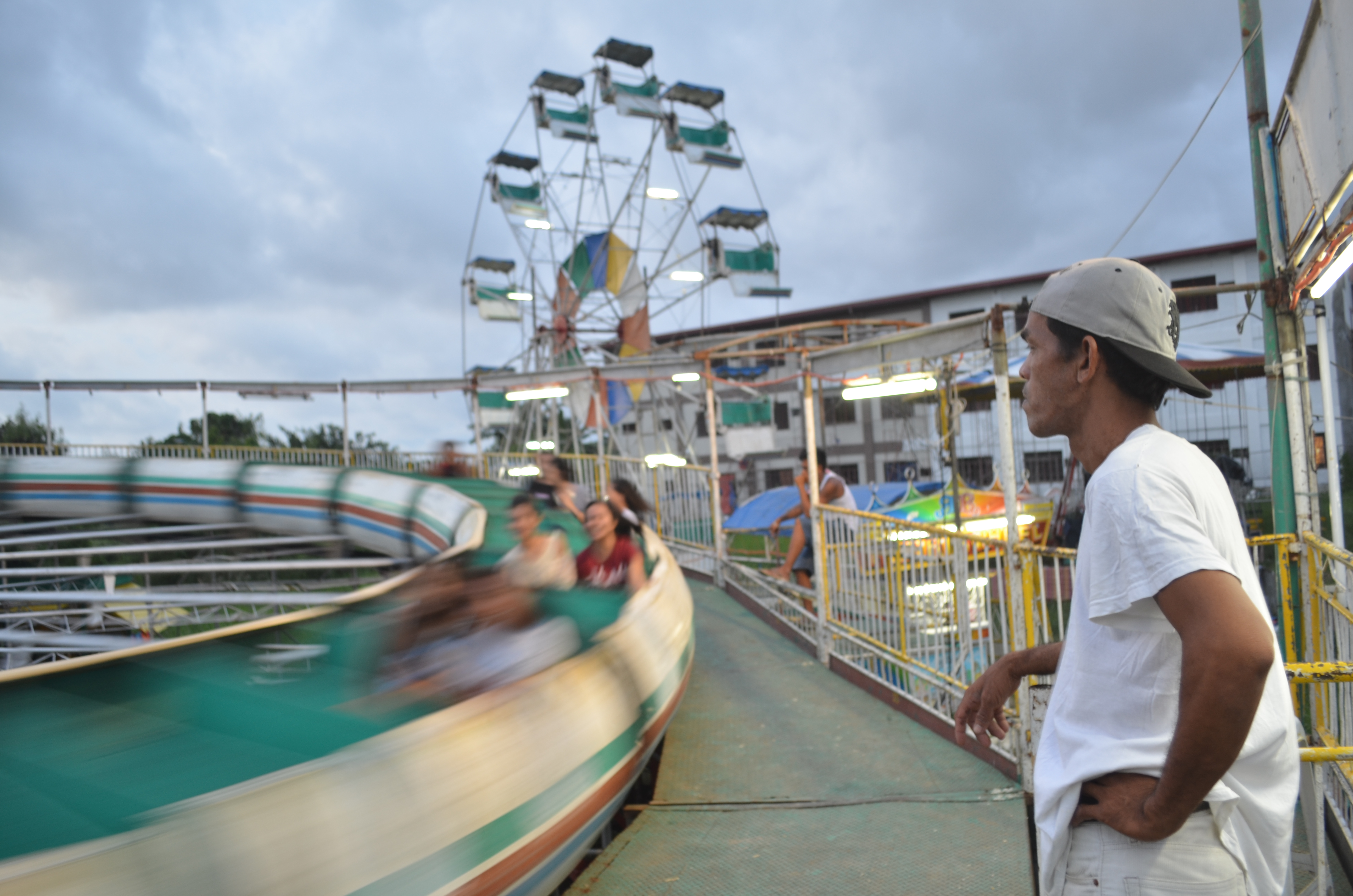 The perya plays a big role in the fiesta’s economics. This is a travelling fair that’s set up a few days before the fiesta starts and last till the fiesta day itself. It’s like a mini amusement park that features a number of attractions, like games and rides, as well as food stalls that offer a number of Pinoy favorites like barbequed street food, cotton candy, and popcorn. A common ride at a perya is the ferris wheel and the “caterpillar”, which is like a small rollercoaster. A number of games can be played for prizes like candy, money, and even kitchen utensils -don’t be shocked, this is normal in a perya. Once the fiesta is over, the perya packs up and moves on to the next town. 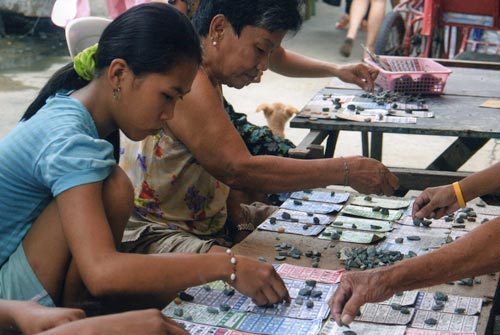 A bingo game another common activity featured in a barangay fiesta. This is often open to anyone and you can buy the cards at the barangay hall for an affordable price. The game can last all night long, or at least until all the prizes have been won. Prizes can range for small items like dinning sets and pots and pans to large “jackpot” prizes like electronics such as television sets, speakers, and even furniture like sofas and cabinets. 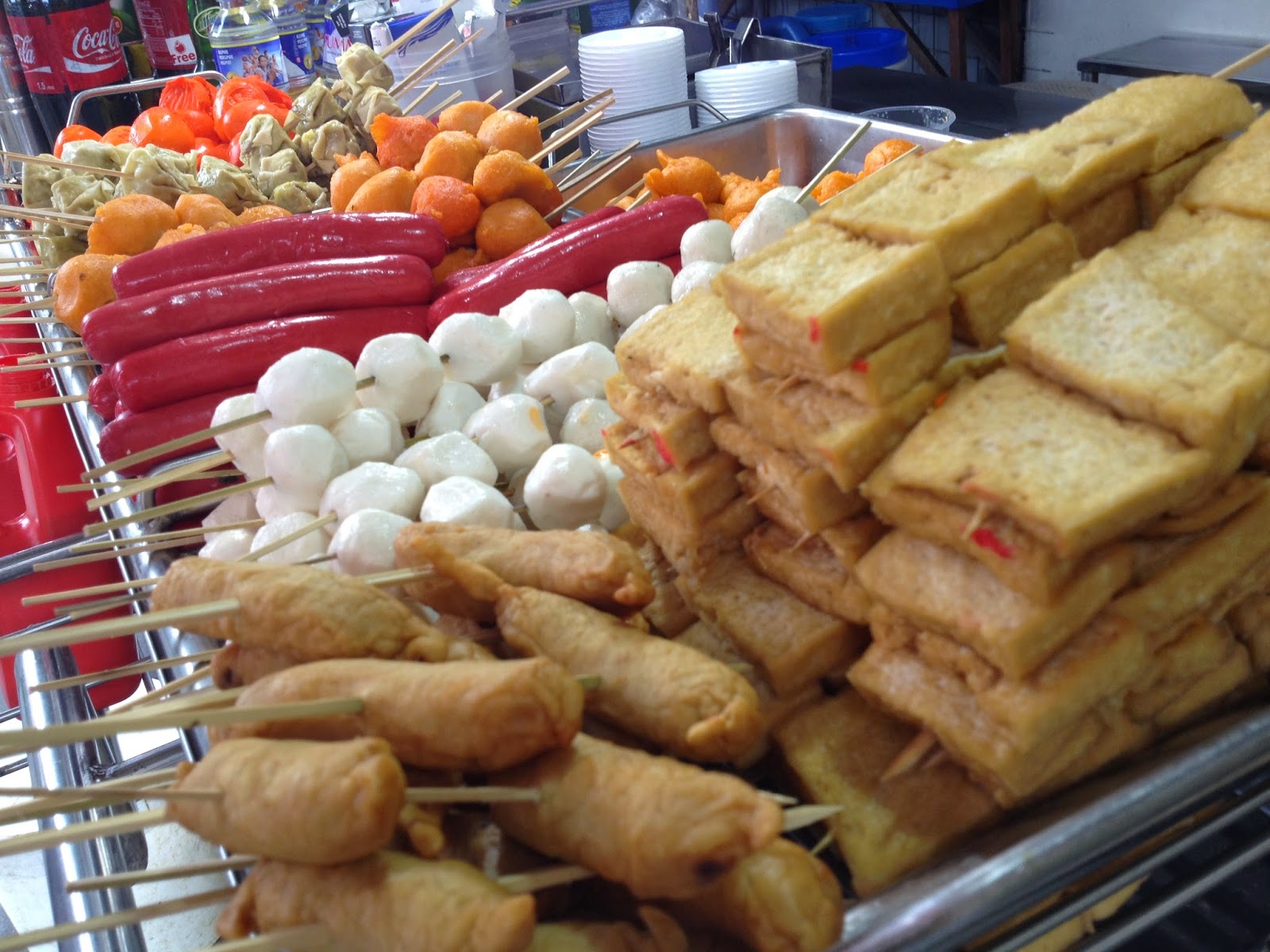 During a fiesta, a number of street food vendors start setting up small stalls and sell food. Some vendors come for a different town, or even city, and would sell their delicacies at the fiesta. This could be your chance to try the different local foods that you usually don’t get to eat. The usual street food is also offered. You can get everything from the popular pork and chicken barbeque to the more exotic like isaw and chicken feet. You can even get the notorious Balut from the vendors. Wash this down with juice or some refreshing Sago at Gulaman. 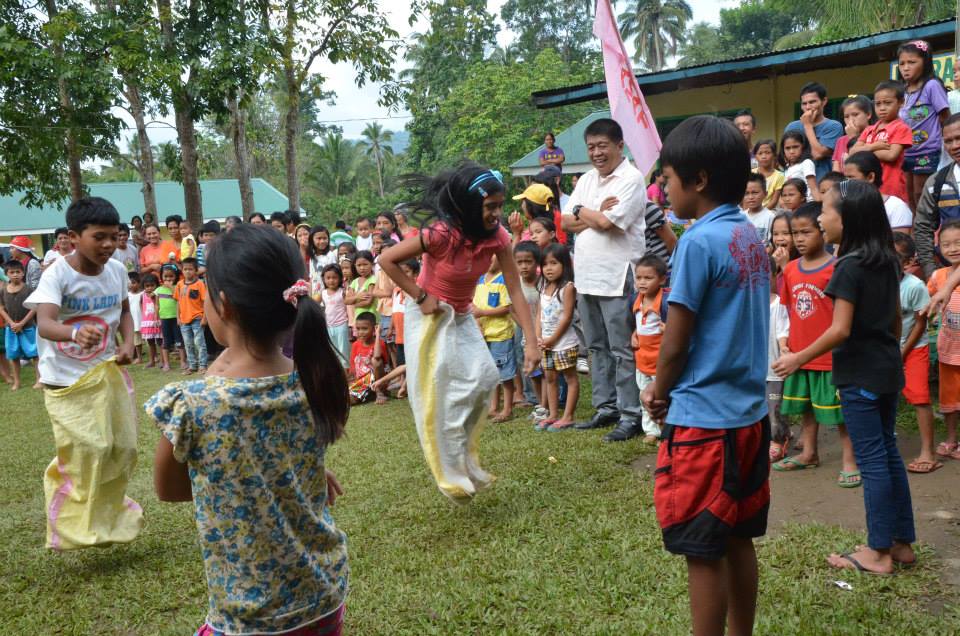 Games are often played during a fiesta to build comradery amongst the town folks. Traditional games like pabitin (a game where little prizes are placed on a lattice of bamboo sticks called a balag and is suspended in the air for people to reach), paluan ng palayok ( where a player is blindfolded and tries to hit the pot which is often filled with coins and candy), and agawang buko ( where players struggle to take a hold of an oiled coconut) are often played.  Sack races and tug of wars are also other common games being played. 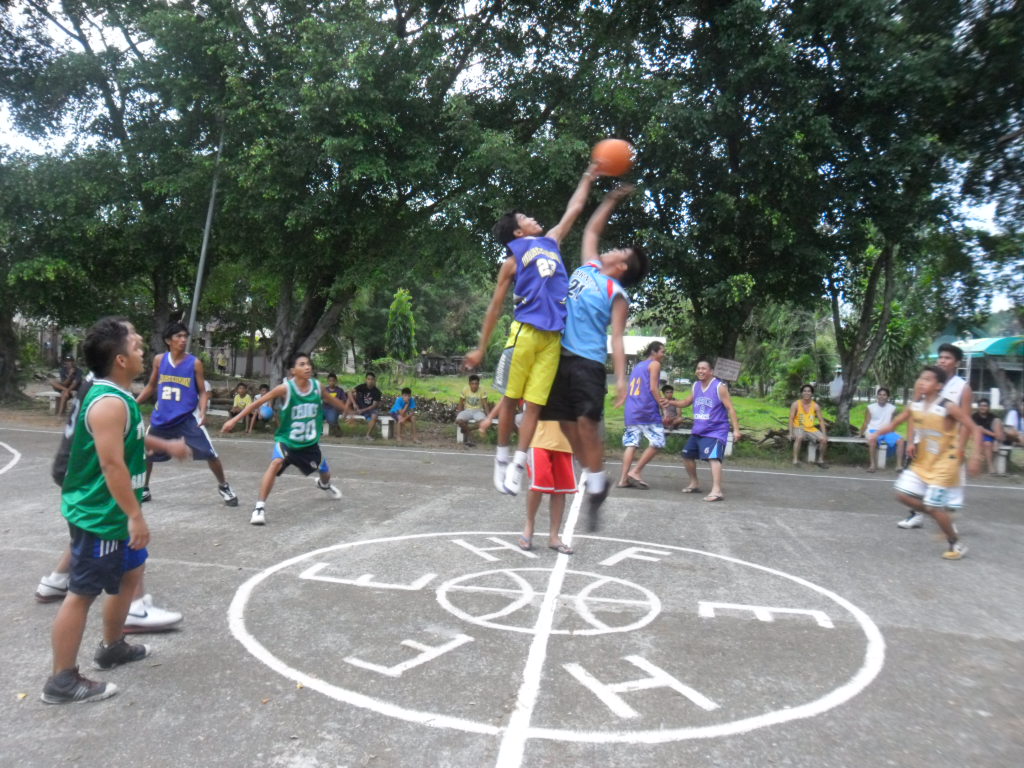 Like pageants, we are also obsessed with basketball. Often times, barangays and towns have a  Liga or basketball leagues that are made up of a number of teams. Games are set between the teams in the barangay or teams from different barangays. The final game is usually set during the fiesta week where everyone can watch and cheer for their favorite team, or neighbor. 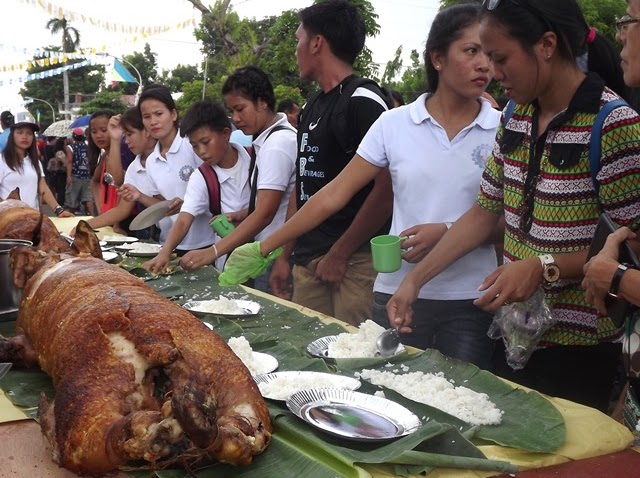 It’s not a fiesta without lechon. This meal is usually only served during special occasions and celebrations. A Lechon is a whole pig that’s been slowly roasted over an open charcoal pit. It’s continuously turned which lets its drippings baste itself, producing a very flavorful and juicy piece of meat. As it cooks, the skin (which is usually what people reach for first) gets really crispy and crunchy. Eating Lechon is truly an experience, one that you should never miss. 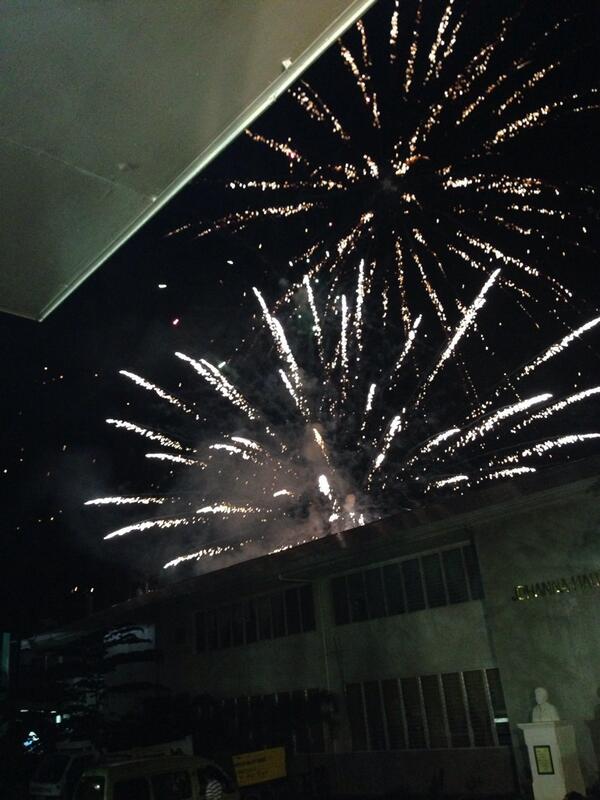 No celebration is complete without fireworks. Over the years, fireworks display in the barangay fiesta have become more and more extravagant, mainly because of the availability of higher quality fireworks in the market. The fireworks usually happen after the first and the last mass for the patron saint on the feast day.