Award Winning Pinoy Indie Films You Have to Watch

Many film critics consider the “first golden age” and “second golden age”, which dates during the 1950 and the 1970s to early 1980s, as the best time for Filipino films. Many classics, such as Manuel Silos’s Biyaya ng lupa (1959), Peque Gallaga’s Oro, Plata, Mata (1982), and Eddie Romero’s Ganito kami noon… Paano kayo ngayon? (1976), rose during these eras.
These days the majority of Filipino films which are made by big production companies tend to get a lot of criticism for showing the same predictable plots. However, a number of great films are being made in the country by independent production teams, directors, writers, and actors. The rise of indie film industry is opening doors to better, more thought-provoking, well-made films.

Here are 10 indie Filipino movies that you should watch. 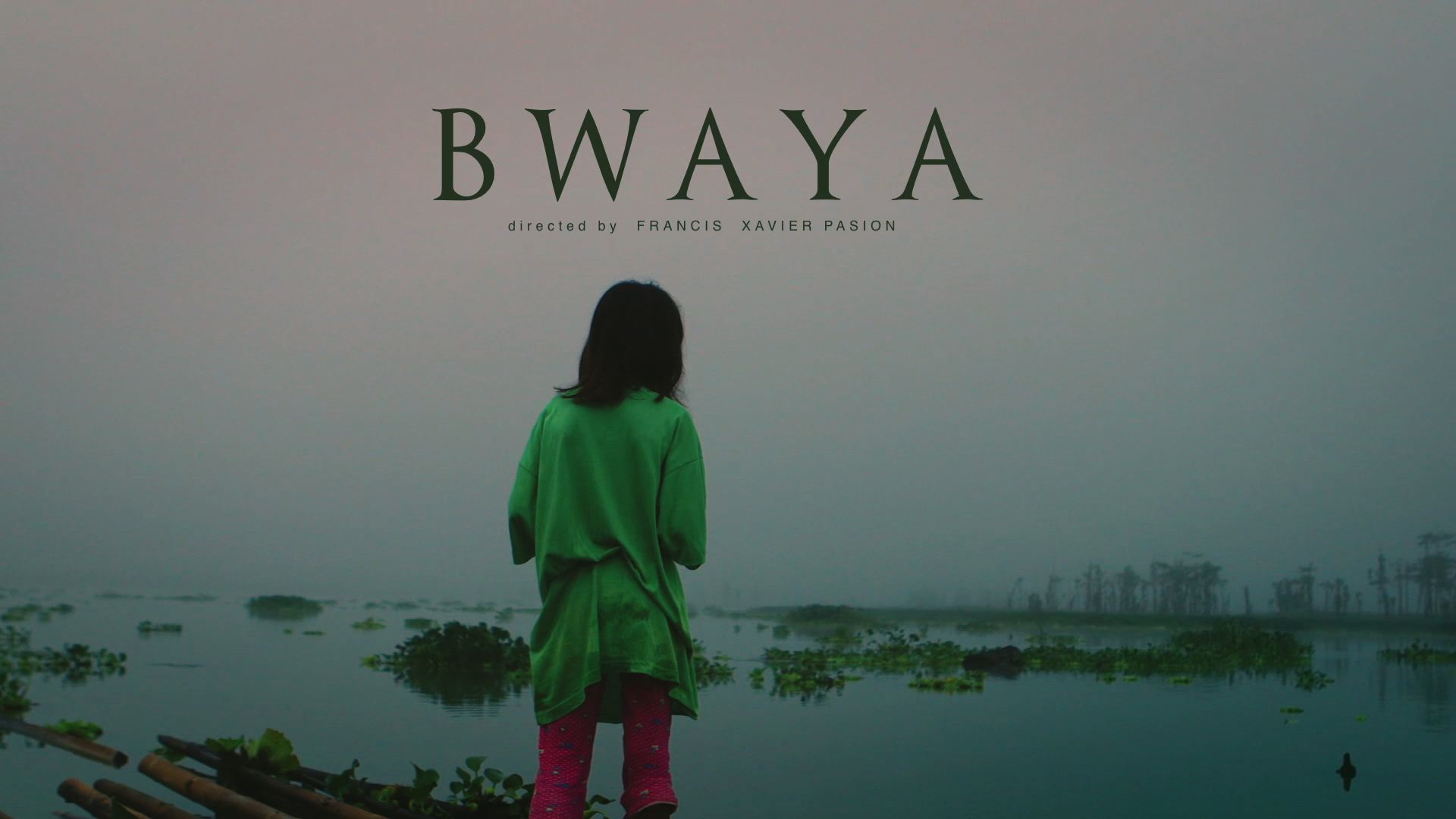 Based on a true story, this film is about a 12 year old girl who got attacked and killed by a crocodile in Agusan del Sur. the movie starts with the mother of the girl preparing for her 13th birthday. she then hears the shocking news about her daughter getting attacked by a crocodile in the marshlands and that the body is still missing. the mother then goes on a search for her daughter’s body and learns that not predators hide underwater. Directed and written Francis Xavier Pasion, Bwaya won the Best Film award for the New Breed Category during the 2014 Cinemalaya Independent Film Festival.

This movie is directed by Jun Robles Lana and stars Eugene Domingo, Eddie Garcia, and Iza Calzado. The movie is set in a rural town during the end of martial law. A new widow (Eugene Domingo) ends up inheriting the town’s one and only barbershop – a business passed down from the men in her late husband’s family. She finds a way to run the old barbershop, but fails to draw in customers. An act of kindness towards a prostitute turns her luck around as she urges the other prostitutes to patronize the widow’s barbershop. The film premiered and competed during the 2013 Tokyo International Film Festival. Eugene Domingo was awarded the Best Actress Award for her performance. 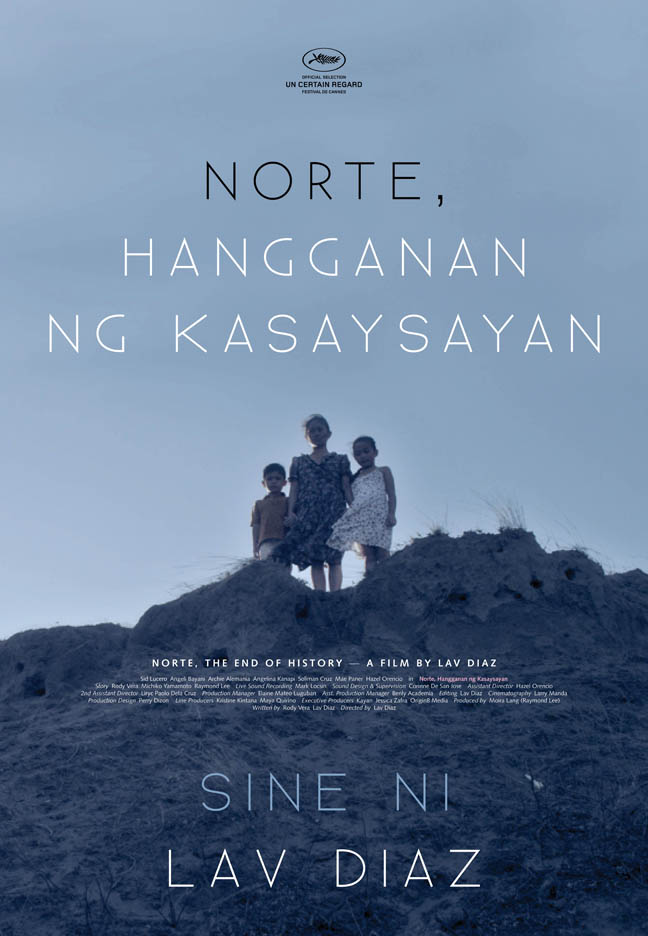 Directed by Lav Diaz, this is one of his shortest movies. The film runs for about four hours, but the audience is given a complex, absorbing storyline. It stars Sid Lucero, Angeli Bayani, and Archie Alemania. The story revolves around the lives of three people and a crime that changes their lives.  The main protagonist is having a difficult time providing for his family. His money lender is murdered and he gets pinned for the crime. Solitude and misery changes him in prison. His wife is left to care for their children. The real murderer walks freely. However, his disappointment with the country’s current status drives him to the edge of sanity. The film won four awards during the 2014 Gawad Urian Awards, including Best Picture and Best Actress. 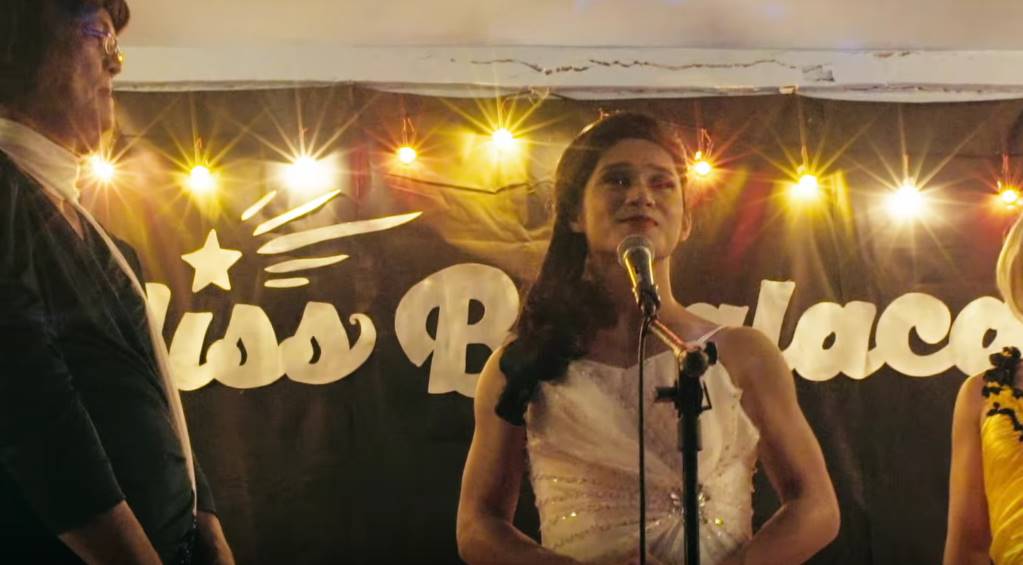 This dark comedy talks about a young drag queen named Dodong  who decides to join the local Miss Gay pageant to gain acceptance. Instead, his father ends up chasing him out to the jungle with rage. There he hopes upon a lonely bright star. He experiences the strangest night of his life which leads him to get pregnant. the movie is directed and written by Ara Chawdhury, staring Russ Ligtas, Tessie Tomas, Mon Confiado, and Chai Fonacier. The movie won Best Screenplay during the 2015 Cinema One Originals Film Festival. 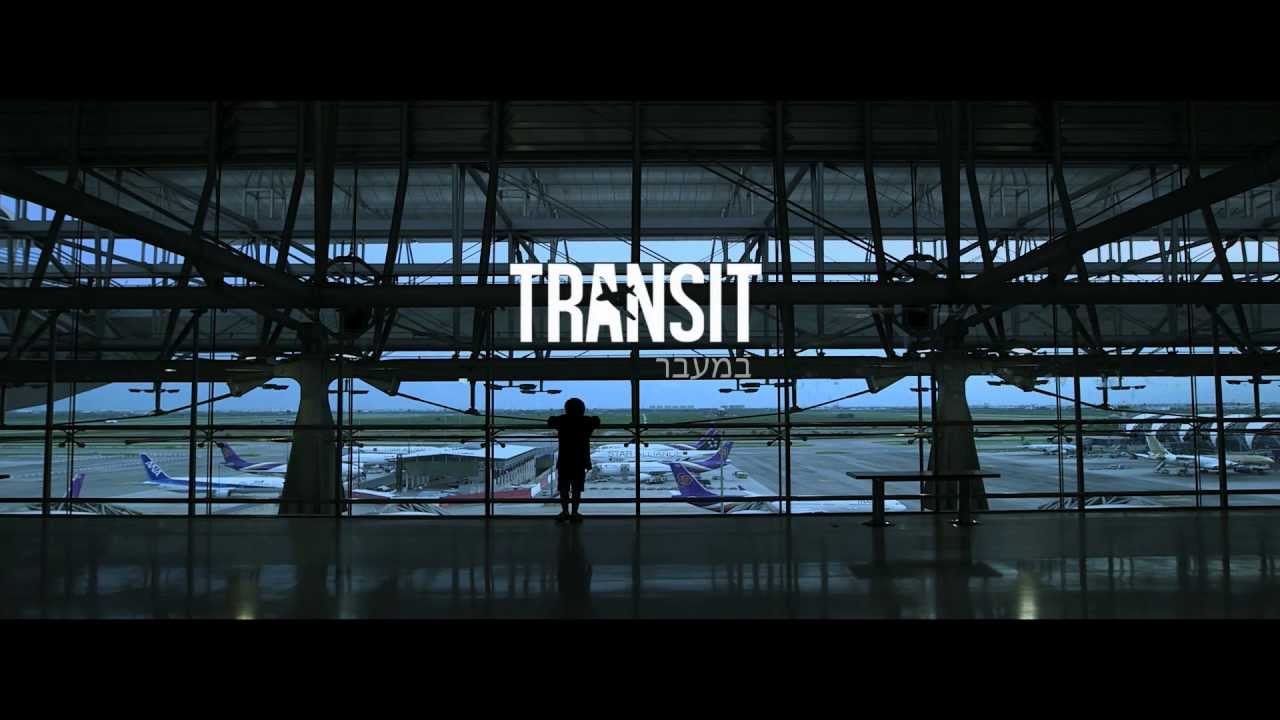 Released in 2013, this movie is a drama about a single father and his strugles in hiding his children from the Israeli immigration police after the Israeli government mandates that children of immigrant workers must be deported back to their country. Directed by  Hannah Espia, this is her first full-length film. the film was mostly shot in Israel and stars Ping Medina, Irma Adlawan, and Jasmine Curtis-Smith. It won a number of awards, including Best Director and Best Film, during the 2013 Cinemalaya Film Festival, and Best Director in the 2014 Gawad Urian Awards. 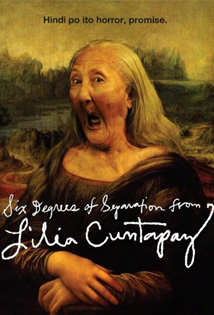 This “Mockumentary” is a mix of comedy and drama. Staring the “Queen of Philippine Horror Movies” Lilia Cuntapay, it talks about her story as the well-loved but not so well-known actress that often gets the role of the scary old lady, manananggal, aswang, or white lady in horror films. This leads up to a fictional awards night where she gets nominated as Best Supporting Actress after 30-years in the industry. The movie is directed by Antoinette Jadaone and bagged a number of awards during the 2011 Cinema One Originals Digital Film Festival, including the Best Actress award for Cuntapay. 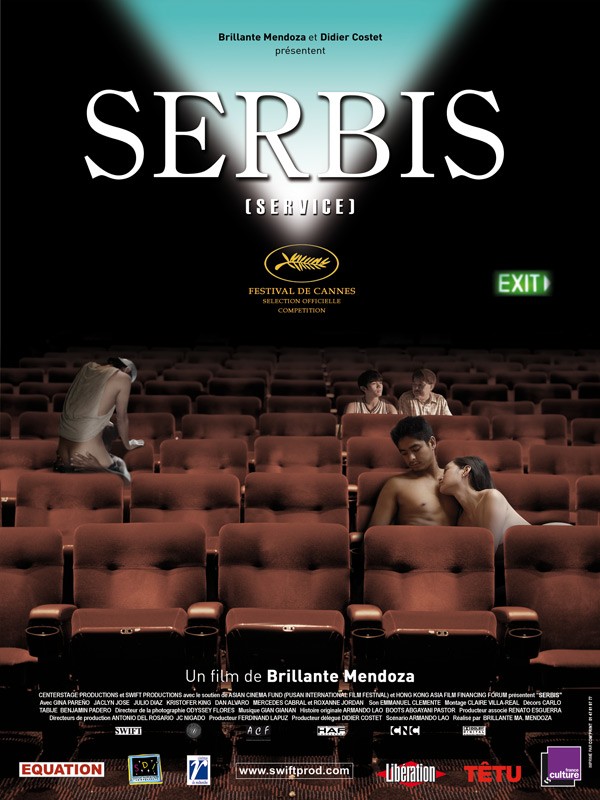 A family drama that revolves around the daily struggles of running a porn movie theater, Serbis offers the audience a dark and dirty atmosphere, interweaved with various subplots filled with bigamy, possible incest, and unwanted pregnancy as they see the lives of the family members and theater customers unfold on the screen. This bold film is directed by Brillante Mendoza and stars  Gina Pareño, Jaclyn Jose, Julio Diaz, Mercedes Cabral, and Coco Martin. The film was nominated during the 2008 Cannes Film Festival for the Palme d’Or award, bagged a number of awards including Best Picture and Best Director at the 2009 Gawad Urian Awards, and won Best Film of the Decade (2000-2009) during the 2011 Gawad Urian Awards. 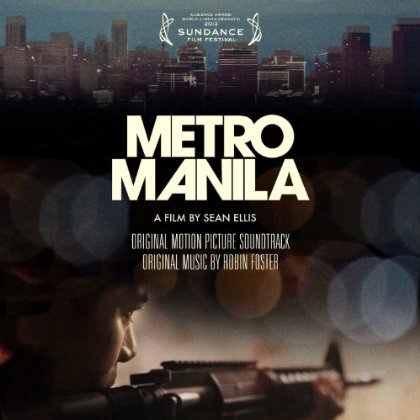 This film is directed by British film director, producer, and writer, Sean Ellis and won the Audience Award during the 2013 Sundance Film Festival and the Best British Independent Film during the 2013 British Independent Film Awards. the movie talks about the hardship a family experiences as they movie to the country’s capital for a peaceful life in the province. the family’s partiarch lands a career in an armored truck company as a security personel. soon, he develops a close relationship with the  company’s senior officer. He then realizes that the mortality rate of his job and the murky motives of their senior officer places him and his family’s life in peril. 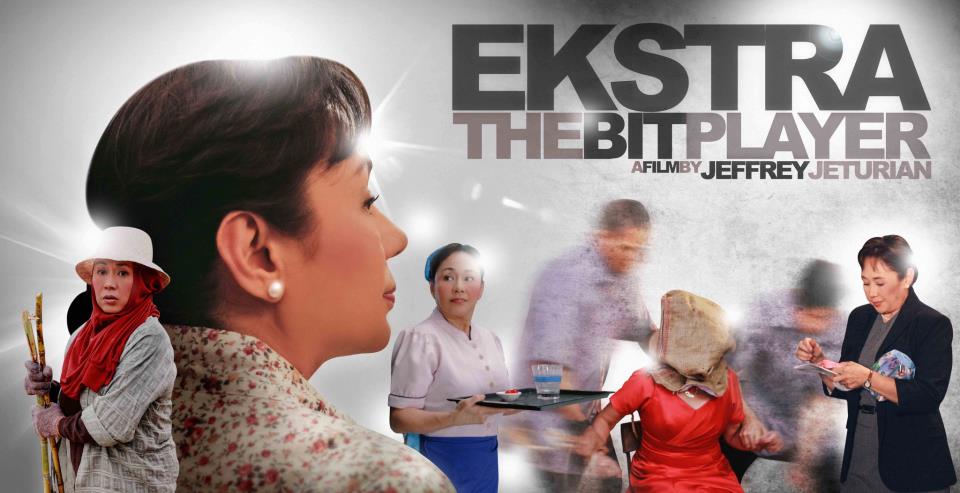 Staring the Star for all Seasons, Vilma Santos, this movies is a drama-comedy that focuses on the life of a bit player or ekstra who spends most of her days day dreaming about making her big break as she works with the country’s best small screen actors. The film shows a seemingly normal day of the protagonist as she goes through another day at the set of a soap opera. As the day goes on, the audience is given a glimpse of how the production ruling system works in TV and movie sets, as well as how marginalized laborers like bit players are exploited in the industry. it won the Best Screenplay and the Audience Choice award at the 2013 Cinemalaya Independent Film Festival. 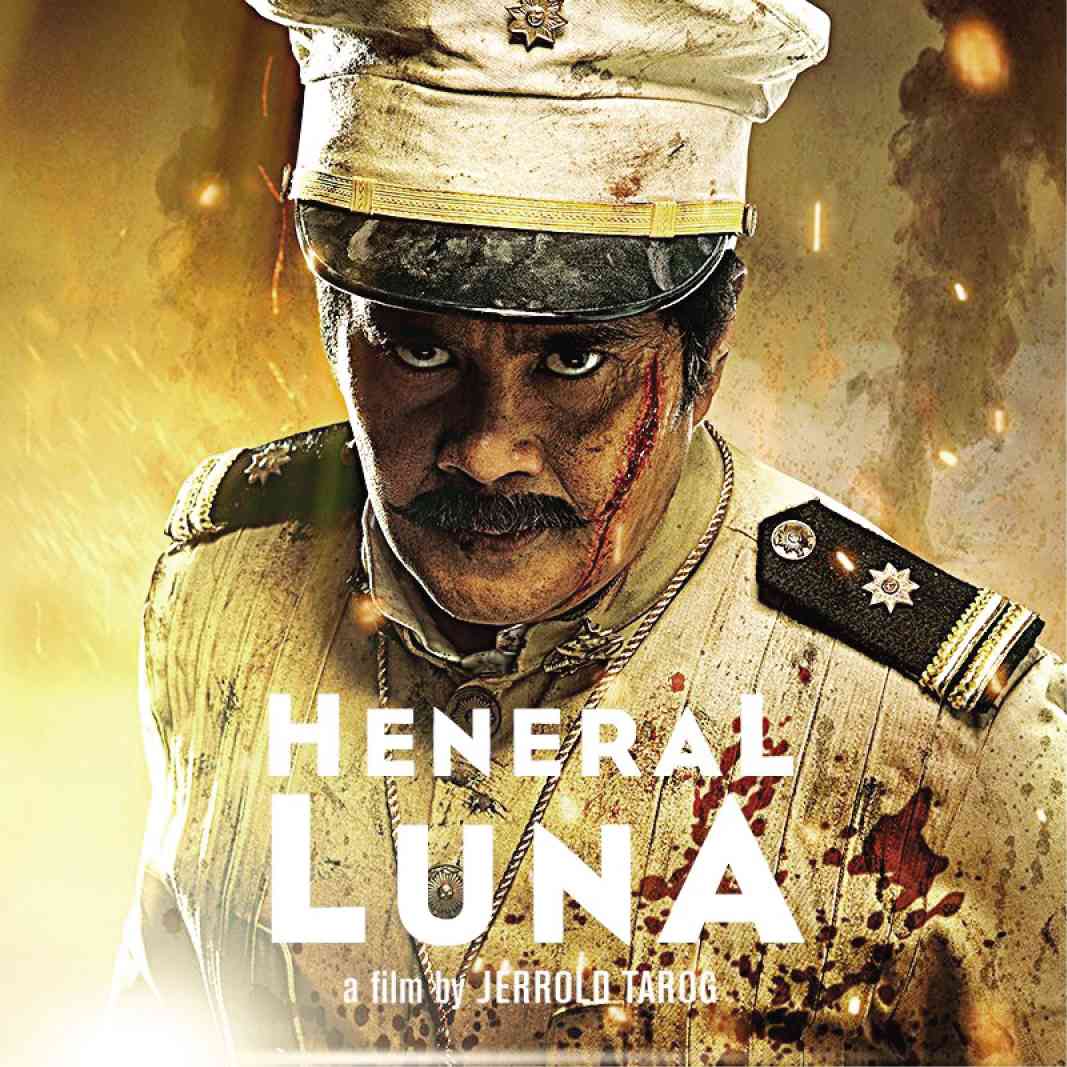 Heneral Luna was made in 2015 by director Jerrold Tarog and writer Monching Barado. This Filipino historical biopic movie showed the leadership of General Antonio Luna during the Philippine-American War. It starts with the new Philippine government – Emilio Aguinaldo and his cabinet, along with Luna representing the armed forces – debating over the presence of American colonizers and whether they should form an alliance with them. The movie also shows Luna as more than just a hot-headed general, but as a man fighting for his country and principles. The film stars John Arcilla, Mon Confiado, Leo Martinez, and Epi Quizon. Heneral Luna was chosen as the country’s entry for the 2016 Academy Awards for Best Foreign Language Film category, but unfortunately was not nominated.