10 Scandals Committed by Past Philippine Presidents

It’s disheartening that the Philippine government cannot seem to exist absent dirty politics. We trace corruption, dirty tactics, betrayals, mudslinging, and other dirty politicking schemes back to even the first president of the country, Emilio Aguinaldo.

This nation was and is ruled by less than perfect humans with at least one ignoble and shameful act done during their presidency. Power can truly overtake someone’s supposedly saintly principles and good intentions, causing the one who wields it to yearn for more no matter the cost. And politics provides the most tempting and influential form of power.

We can see here how our past Philippine presidents fall short of the mark. And since the May 2016 elections is just a month away, we’ve included PNoy in the list as well. Any former president who didn’t make it in this list doesn’t necessarily mean they’re better than the ones mentioned here. Just that we can only accommodate ten, well because this is TopTen! 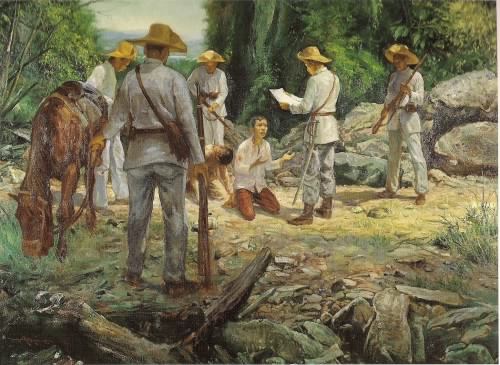 Emilio Aguinaldo, the supposedly first Philippine president (1899–1901), has had too many scandals and un-heroic deeds in his days even as a Katipunero. But perhaps the most gruesome of all would be his betrayal towards the Supremo, which was supported by a letter Aguinaldo wrote confessing that he ordered Bonifacio’s execution.

Towards the end of the 19th century, the Katipunan was fighting a losing battle with the rising rivalry between the two factions of the revolutionary organization – the Magdiwang led by Bonifacio and the Magdalo led by Aguinaldo. The growing tension, jealousy and power struggle within the Katipunan culminated in Aguinaldo’s execution of the Bonifacio brothers and him becoming the first president of the Philippines. 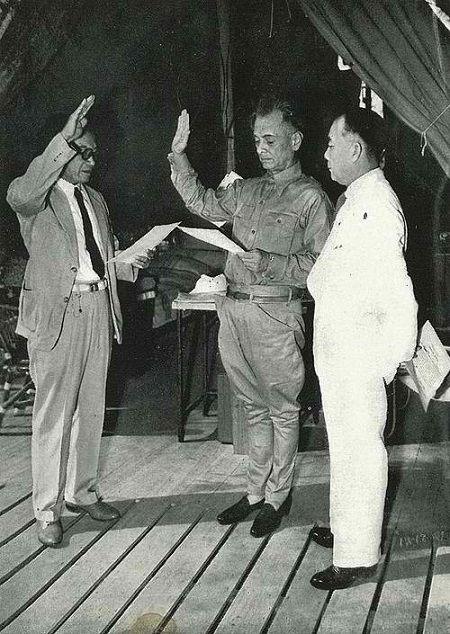 When then President Manuel L. Quezon fled to the USA and set up a government-in-exile, Laurel’s close ties with the Japanese gave him political advantage. He formed a provisional government under the instructions of the Japanese Imperial Army under which he held high positions from 1942-1943.

He was appointed president of the Second Philippine Republic by the National Assembly through manipulations by the Japanese. During his presidency, he held positions in all the three branches of government: senator-congressman, associate justice, and president.

Under Japanese compulsion, Laurel declared Martial Law in 1944 and at the same time declared war against the US and UK. Shortly after the bombings of Hiroshima and Nagasaki, Laurel proclaimed the dissolution of his regime. 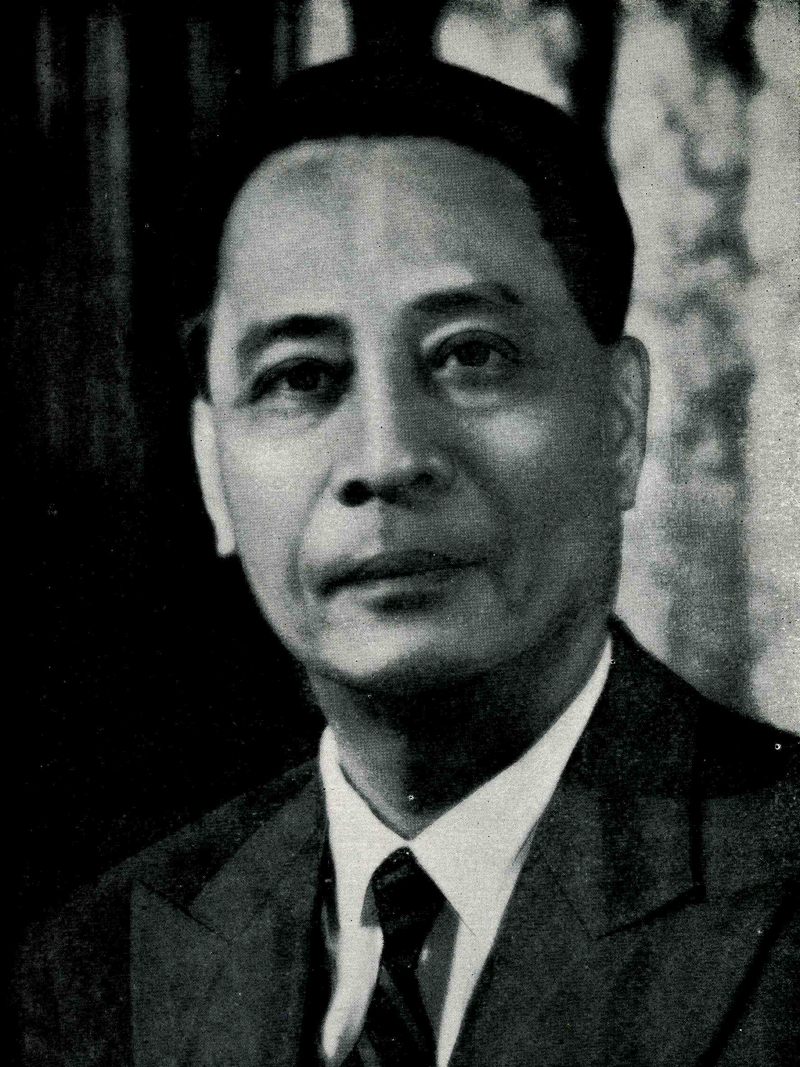 When Manual A. Roxas assumed presidency (1946-1948) as third and last president of the Commonwealth and the first president of the Third Philippine Republic, the country was recovering from the WWII. To aid the country in its recovery, the US government created the Surplus Property Act of 1944, which disposed $90 billion of surplus war property under the custody of the US to to “a State, political subdivision of a State, or tax-supported organization” such as the Philippines. However, Roxas reportedly did not use the funds to re-establish the country’s economy and progress, but pocketed the rehabilitation money for his personal gain.

Aside from the surplus war property scandal, Roxas regime was criticized over the alleged school supplies scandal, Chinese immigration scandal, for allowing American troops to establish bases in the country, and for giving special privileges to American investors. 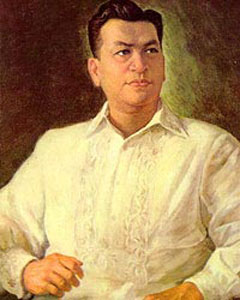 President Elpidio Quirino is maybe the guy popularly linked to the “Golden Arinola” controversy, but this allegation is reportedly just for show to mar Quirino’s re-election and to make then Senator Ramon Magsaysay’s presidential bid more favorable.

Former Senator Francisco Tatad reported in his column at the Manila Times a confession made by former Manila Chronicle editor Celso Cabrera saying that the latter merely fabricated stories about Quirino and the late Senate President Jose Avelino. Tatad said that Cabrera admitted having made up such stories in compliance to orders from “above” to smear Quirino’s reputation and as propaganda for Magsaysay’s candidacy. 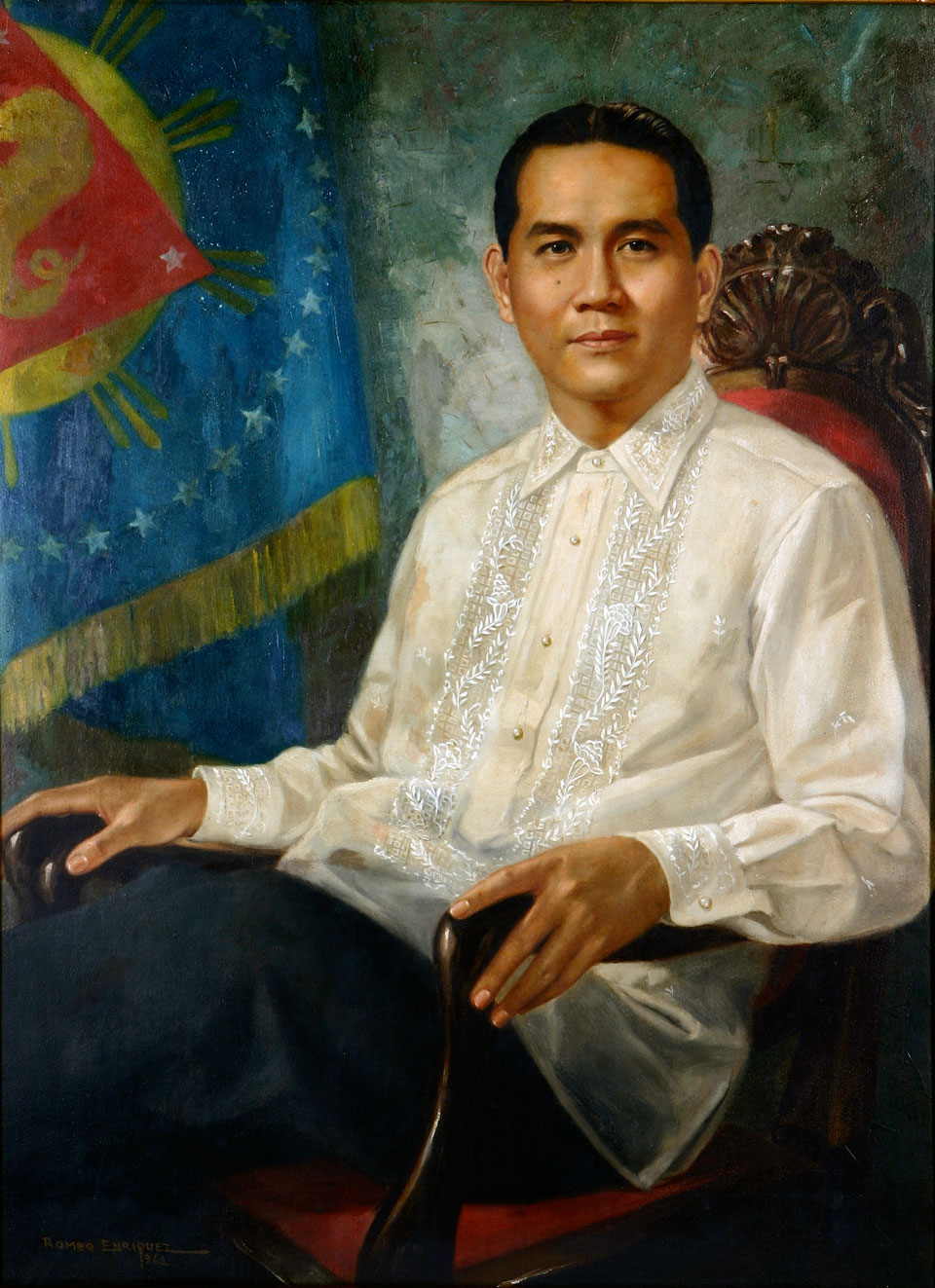 Diosdado Macapagal became the ninth President of the Philippines (1961-1965), and one of his programs involved battling corruption, which had proliferated during Carlos P. Garcia’s presidency.

Under his anti-corruption campaign, he labelled the Lopezes as “Filipino Stonehills” who amassed wealth through political influence. Speaking of Stonehill, Harry Stonehilll was an American expat who built a $50 million business empire in the country. Secretary of Justice Jose W. Diokno probed into Stonehill’s alleged tax evasion, smuggling and corruption charges, and disclosed Stonehill’s part in the growing corruption within the government.

The controversy began when Macapagal prevented the prosecution of Stonehill and ordered his deportation instead. This led Diokno to question the president regarding his stand against corruption. 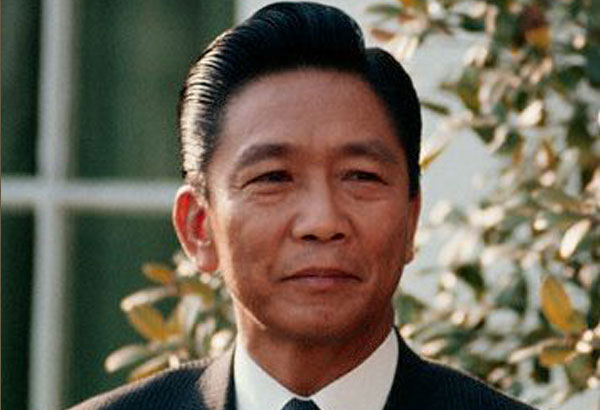 Ferdinand Marcos maybe known for his dictatorship and extra judicial killings during his regime, but Marcos is also a notorious philanderer, known for his quirky two-year affair with American actress, Dovie Beams. 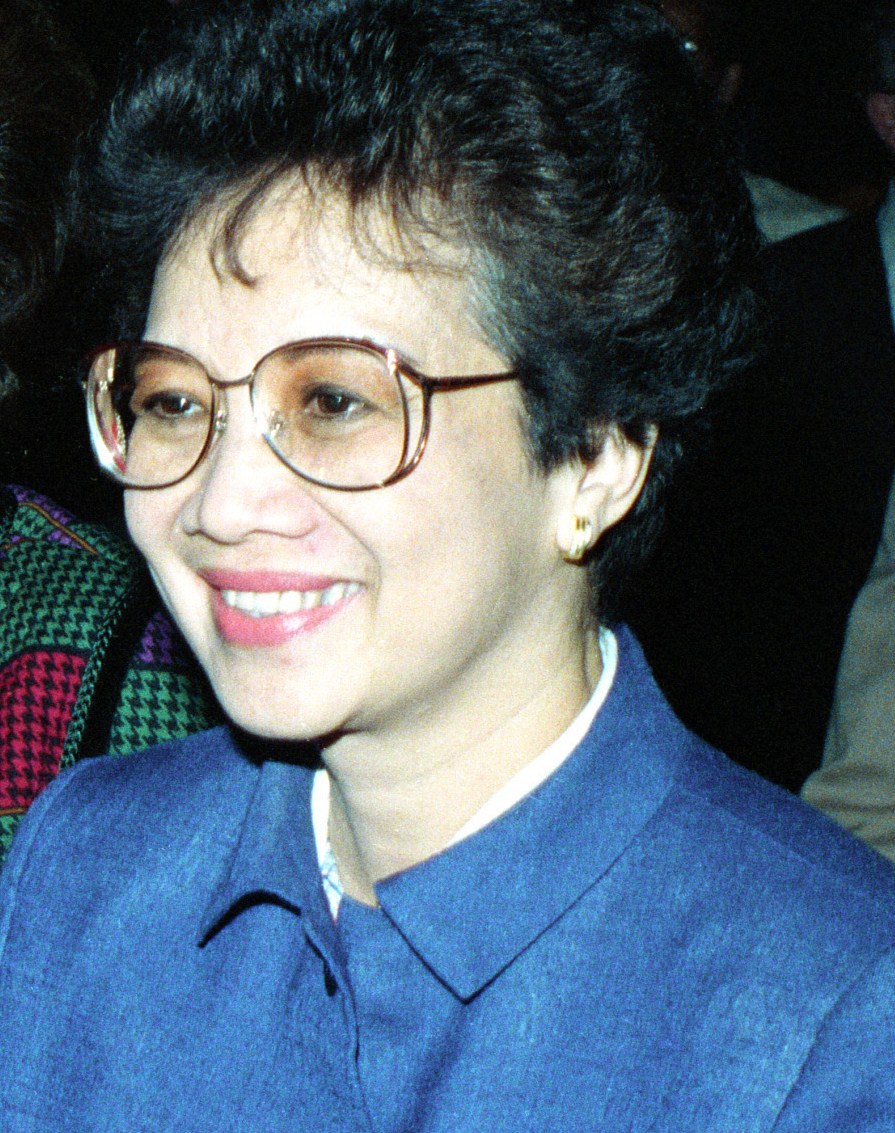 Philippine President Corazon C. Aquino greets officials as she walks across the flight line to the passenger terminal.

Cory Aquino may be ultra religious, but she is no saint. At least, that’s what history paints her. She may be the icon for the legendary EDSA revolution, the peaceful massive demonstration that successfully put an end to the despicable Marcos dictatorship, but she’s had her share of scandals and controversies that would make her not so much different from her predecessor.

For one, there’s nepotism. She may have stirred discord within the Cojuancos with her deceptive agrarian reform, but she showed special favors towards many of her kins nonetheless. Talk about PAL shares and the PLDT company sold or returned to her nephews. And then there were anomalous transactions, which resulted to billions of US dollars in losses. 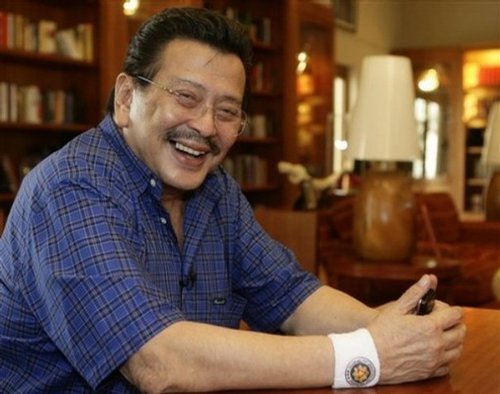 Joseph Estrada continues to charm our kababayans being one of the pillars of Philippine cinema back in his golden days on screen. His acting career definitely propelled him to reach the peak of his political career, with him taking the presidential seat with a whopping 11 million votes!

But Estrada, the one and only President impeached and convicted of plunder, couldn’t get any more scandalous than this. He only reigned for less than 3 years, but continues to be a strong player in Philippine politics, currently holding mayor position in Manila.

Aside from obtaining funds from jueteng, Estrada is a philanderer with mistresses receiving monetary support from the president. He was also involved in the distribution of luxury cars under customs custody to his Cabinet Secretaries under the suspicious “Presidential Retrieval Task Force” that eventually culminated into the Hot Cars Scandal. The hot cars were eventually returned to customs for proper auction. 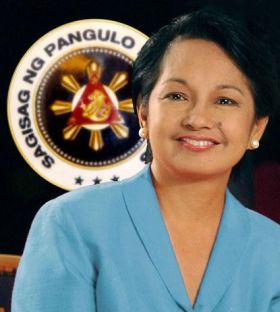 Every Pinoy old enough to understand the political situation in the country during the presidential bid and presidency of GMA surely would never forget Garci (Election Commissioner Virgilio Garcillano). The Hello Garci Scandal was reportedly the root of GMA’s presidential win during the 2004 elections. The tape recording implicated GMA in rigging the elections in her favor, to which she admitted being the woman behind the voice calling Garci. However, the tape was deemed inadmissible to court.

Another equally scandalous event during GMA’s presidency involved the diversion of Php728 million worth of fertilizer funds, which was supposedly used for the lady president’s election campaign in 2004. Jocelyn Bolante, then Agriculture Undersecretary, denied allegations of the scam and said GMA and other congressman weren’t involved in the fertilizer scam. 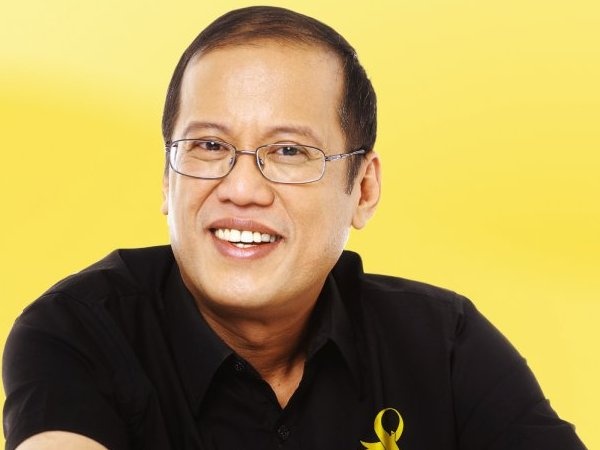 So here were are at #1, and another Aquino made it to the list. PNoy, for most of his term, were constantly after his family’s foes and corrupt politicians, working under the cover of the “Daang Matuwid” dogma. But PNoy is no god. He definitely is the fruit of the same tree that brought us the PLDT and PAL scandals post Marcos regime. So now we look into PNoy’s scandals.

Perhaps the one ringing in our ears is the ill-fate befalling on the 44 SAF troops during the Mamasapano clash in January 25, 2015. PNoy continues to deny direct involvement and responsibility over the Fallen 44 tragedy, although he was knew of the mission, and he had the power to control the outcome of the had he enforced his power as president and orchestrated the close coordination between Secretary of the Interior and Local Government Mar Roxas and suspended Philippine National Police Director General Alan Purisima.

And then there’s the long-standing issue of the Hacienda Luisita, which continues to be the ghost haunting the Cojuancos and the Aquinos until this day. And although Cory and PNoy both promised the return of the lands to the farmers under their terms, the Hacienda Luisita remains in the hands of the oligarch clan of PNoy.

And who could ever forget the billions of DAP funds, which PNoy supposedly used to support economic growth in remote regions of the country, but is actually a higher, subtler form of pork barrel to influence other politicians to act in the president’s favor.

PNoy had had other scams and scandals and the Philippines is even named the most corrupt country in Asia during his term, which is a huge slap on his face and his Daang Matuwid program. What a shame!

At any rate, we Filipinos need to remember that the greatest power rests within each of us the electorate. We hold the power to elect the individuals to lead our government, our nation – whether it’s towards economic progress or economic regress – it all depends on whose name we put on the ballots. Come May 2016 Elections and other elections thereafter, let us be smart, visionary voters. The future of our country rests in our hands!