We Filipinos are known as music lovers. Whether it’s on an international stage or at the karaoke down the street, we perform and sing with passion. Although a majority if the Original Pinoy Music, or OPM, today is heavily influenced by American pop music, some musical artist still use the traditional instruments that our pre-Hispanic ancestors used to make music.

Below are 10 traditional Filipino musical instruments. 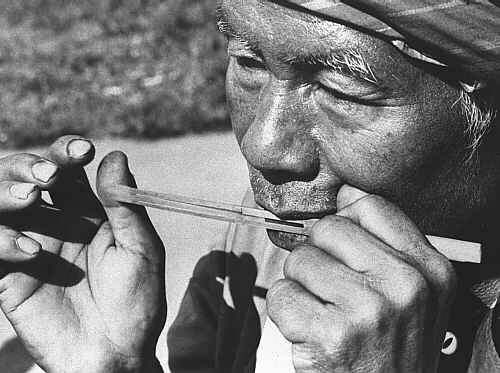 This is a jaw harp made with bamboo and is one of the more well known traditional musical instruments. Found all throughout the Philippines, the design and name of the instrument changes from region to region. Meranao and other groups in Southern Mindanao call it the Kubing, while the Tagalogs call it Barmbaw. It’s the Kuláing for the Kapampangans, and Kinaban for the Hanunoo Mangyans.  The Ibaloi and Kalinga calls it Koding, while it’s known as the Aroding in Palawan. This instrument is known to be used as a way for our ancestors to communicate through song, especially during courtship. The Kubing is played by placing the instrument between the lips and the end is plucked to create different notes and sound, depending on the tempo and rhythm of the plucking. 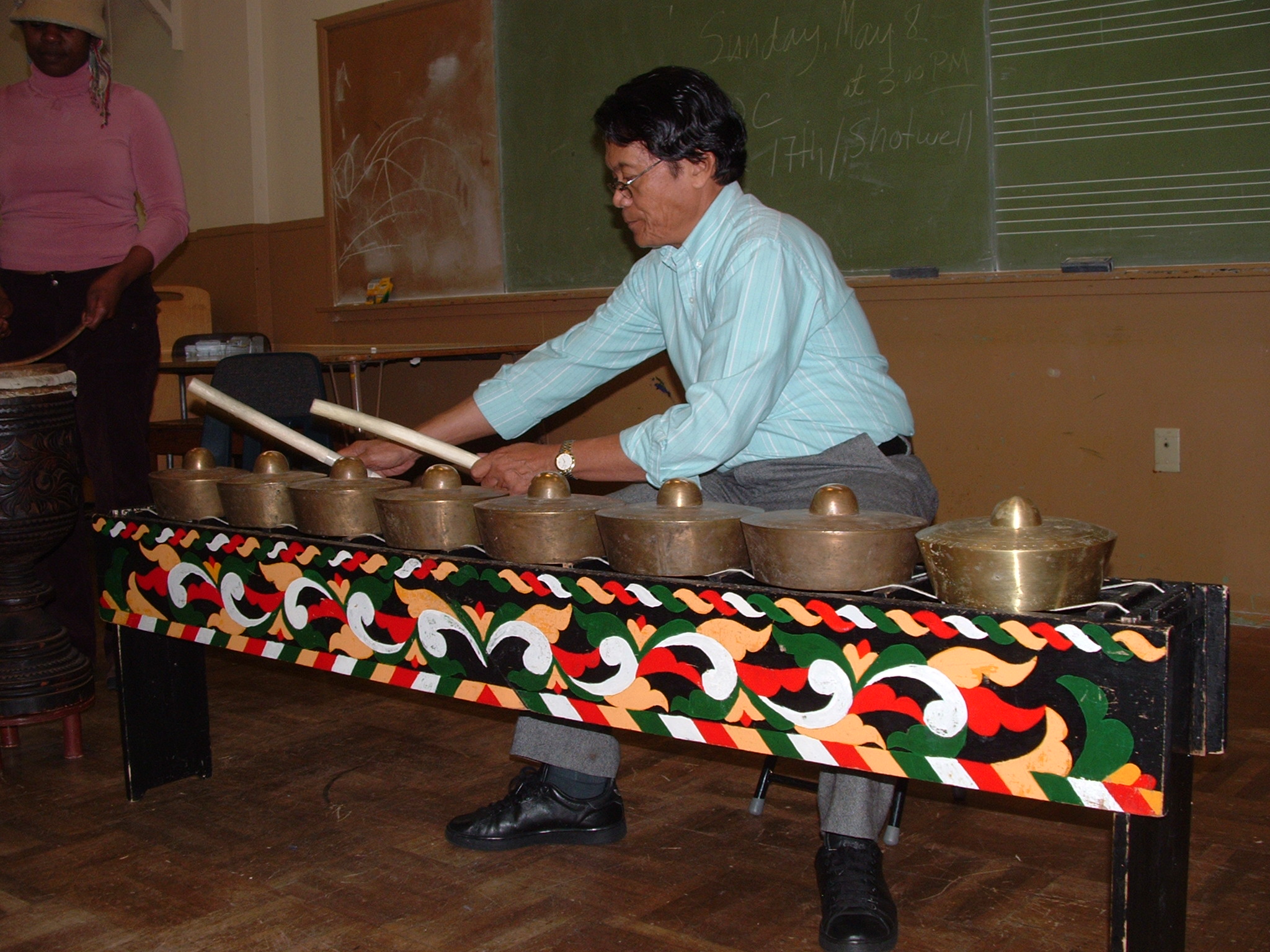 Another well-known Filipino instrument, the natives of Meranao, Tausug, and Maguindanao take a lot of pride and joy with these. The Kulintang is a set of 5 to 9 pieces of gongs that vary in size and sound. They’re aligned horizontally next to each other, usually on a rack, and are arranged in order of their pitch. The gong with the lowest pitch is placed on the players left side and two wooden sticks are used to hit the gongs to make sounds. They were traditionally made with bronze, but since the Second World War, most of the gongs are made with brass. The frame or rack that the gongs are placed in are often made with wood or bamboo and are decorated with intricate designs and rich color. The Kulintang is usually played for entertainment during festivals, weddings, and healing ceremonies. 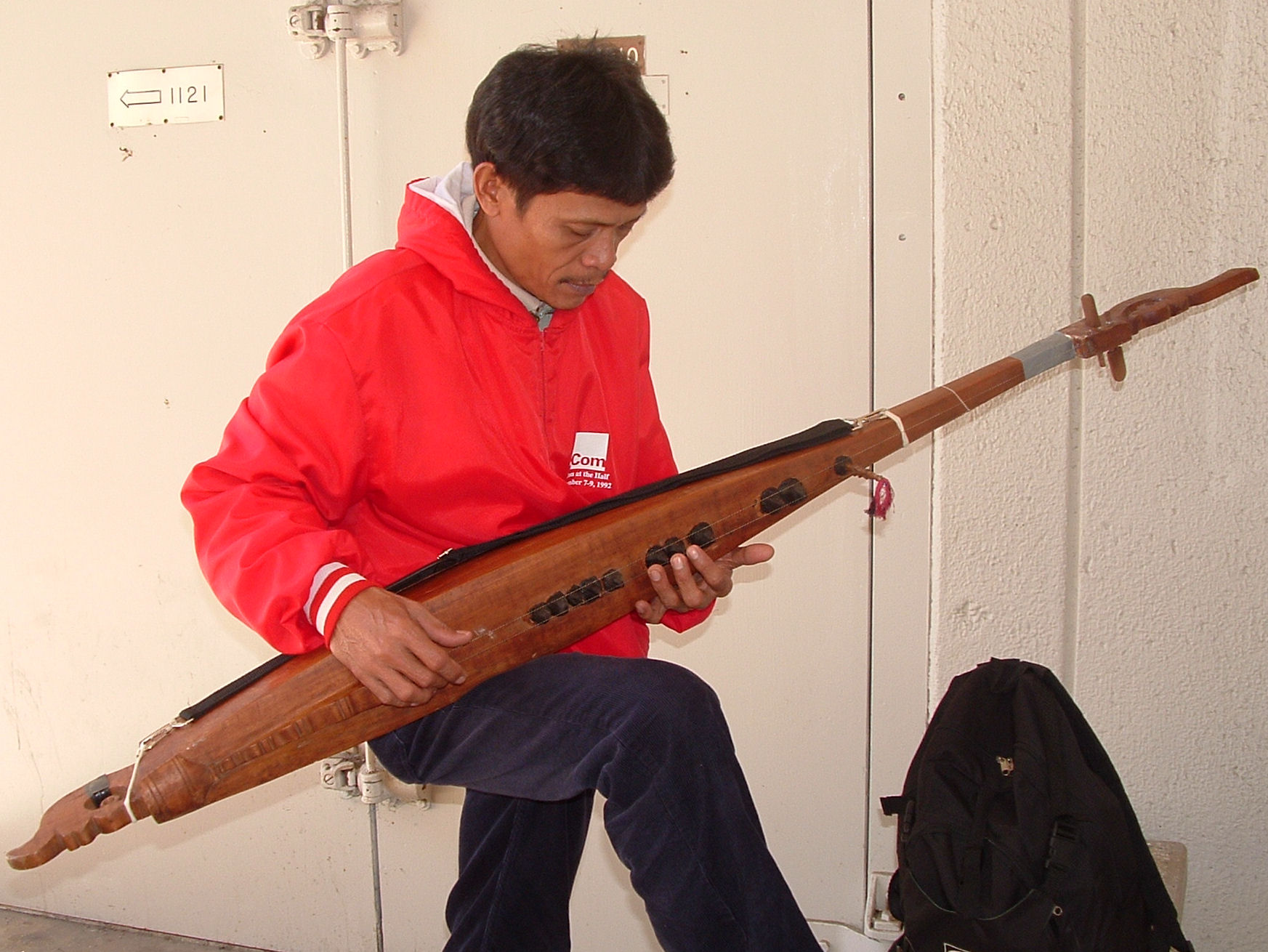 Also known as the Kutiyapi, this is a stringed wooden lute that’s about 4-6 ft long. The lumads of Meranao, Maguindanao, T’boli, and Manobo often play this instrument, but versions of it is seen throughout the Philippines. Traditionally, the instrument is played by men, mainly when singing love songs. A female equivalent of the Kutiyapi is called a Korlong, which is a zither-like instrument made with bamboo and is played with both hands like a harp. The strings are traditionally made with abaca fibers or horse hair, but modern versions of the Kutiyapi use wires like a guitar.

This noseflute is called by many names and is found all over the Philippines, especially in the northern areas. According to historians, the Tongali is played to mimic a mournful human voice.  The flute has three or four holes where the fingers are placed over. One hole is found in the back where air is forced through from the right or left nostril. Another hole is found about midway on the flute’s bottom where the thumb is placed to change the tone and pitch of the flute. Although it gives off a low, mournful, sound, the Tongali often played during celebrations, special meals, festivals, the planting season, and in courtship.

There are many different drums played by different local groups in the Philippines. Among the lumads in the Visayas area, war drums called Gambal or Gadang were used to boost their warrior’s esteem and get them ready for battle. The drums were made with hollowed out tree trunks and deer skin for drumheads. Usually, drums are not played alone. They’re accompanied by other instruments, especially gongs. Drums are played by hand or by striking a wooden stick on the drumhead. 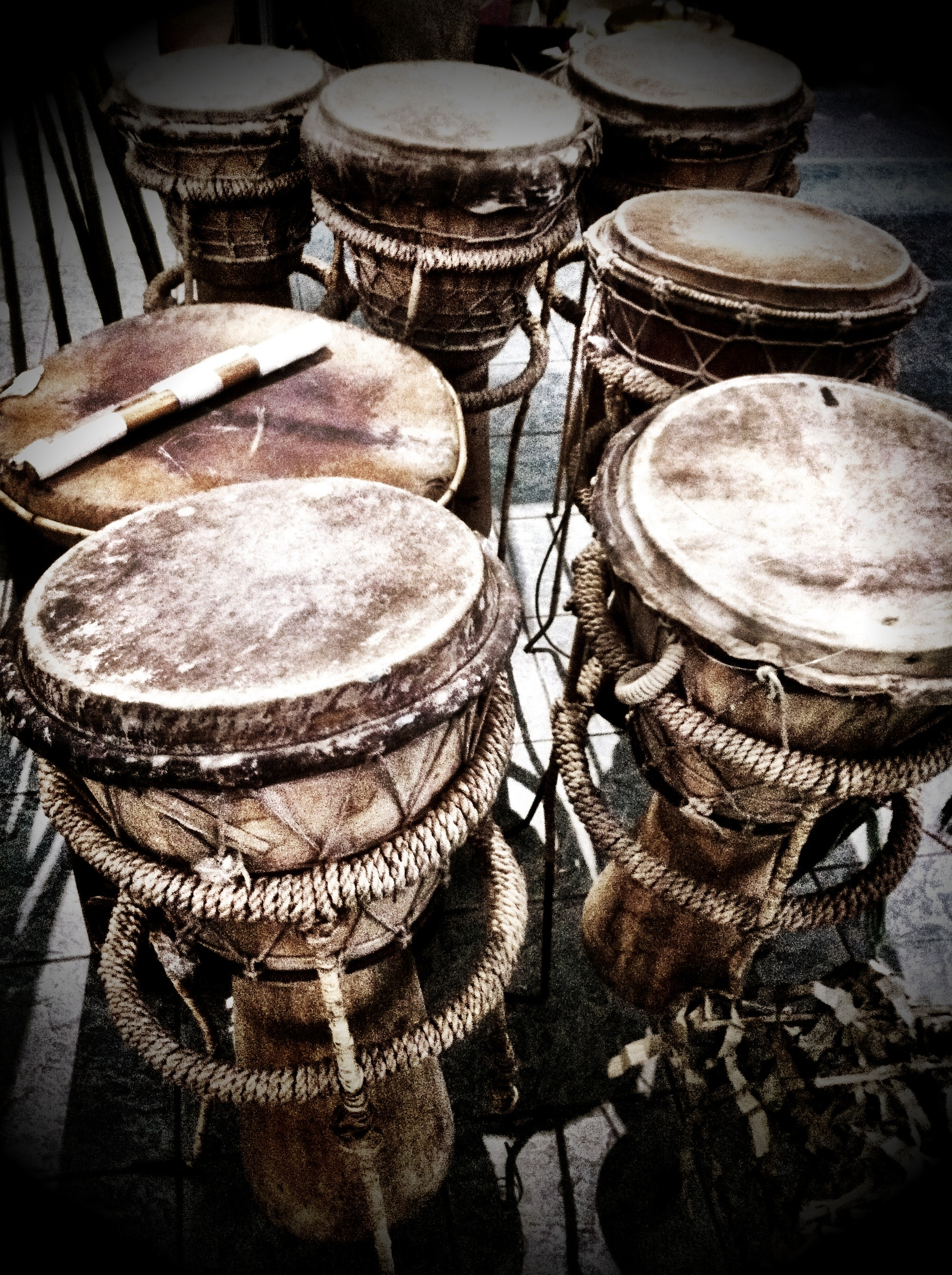 Another traditional drum, the Dabakan is often played along with a Kulintang ensemble. It’s also the only non-gong element in the group. It has an hour-glass, conical, tubular, or goblet in shape and is usually less than 2 feet tall and a feet wide. The body is made from coconut or jackfruit wood that’s hollowed out. The body is also intricately designed with fine carved details. The drumhead is made from deer hide, carabao skin, or goat skin. However, many traditional Dabakan users say that the best drumheads are made with lizard or bayawak skin. 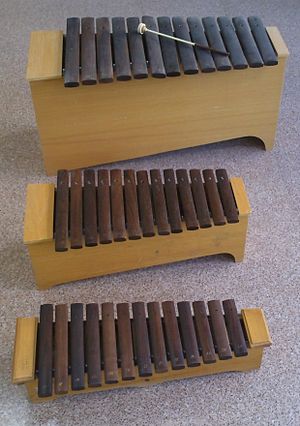 This is a xylophone instrument that is used by the Maguindanaon people. It’s strung vertically, containing  five horizontal logs that hang in an ascending order and arranged by pitch. A similar instrument is also used by the Yakan called the Kwintangan Kayo. To make a sound, the logs are beaten. The instrument is played either by a single person or two people sitting on either side. It’s often used for self-entertainment, keeping farmers awake while scaring birds off the fields. It was also used as a form of long distance communication. The Yakan use it in ceremonies, especially in courtship rituals.

Originating from the Visayas area, the Buktot is a small, four-stringed guitar-like instrument that’s made from a coconut husk. It likely got its name from its shape. In Bisaya, the word Boktot means hunchbacked, which perfectly describes the instrument’s arched back. The Boktot is used for personal entertainment. It makes sounds similar to a ukulele and is played alone or with other instruments. 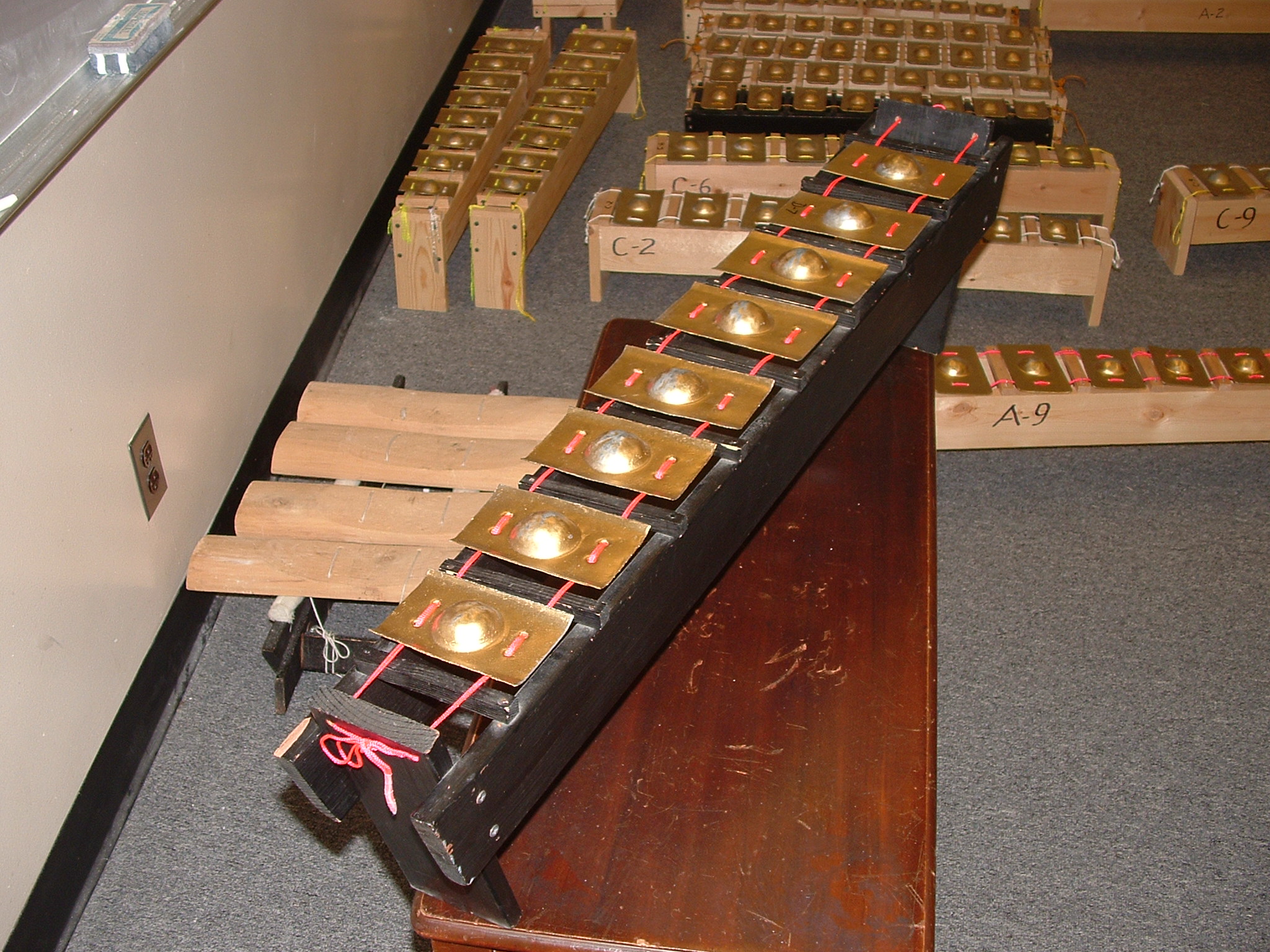 The Kulintang A Tiniok is a metallophone that contains eight tuned knobbed metal plates that are placed on top of a wooden rack. This instrument is used by the Maguindanaon people. The name means “kulintang with string” but they’re also called Kulintang A Putao or “kulintang of metal.” The Maranao people call this instrument Sarunay, which has become a popular instrument in the United States. Traditionally, the metal pieces of the instrument are made with brass however modern ones are even made with tin cans. 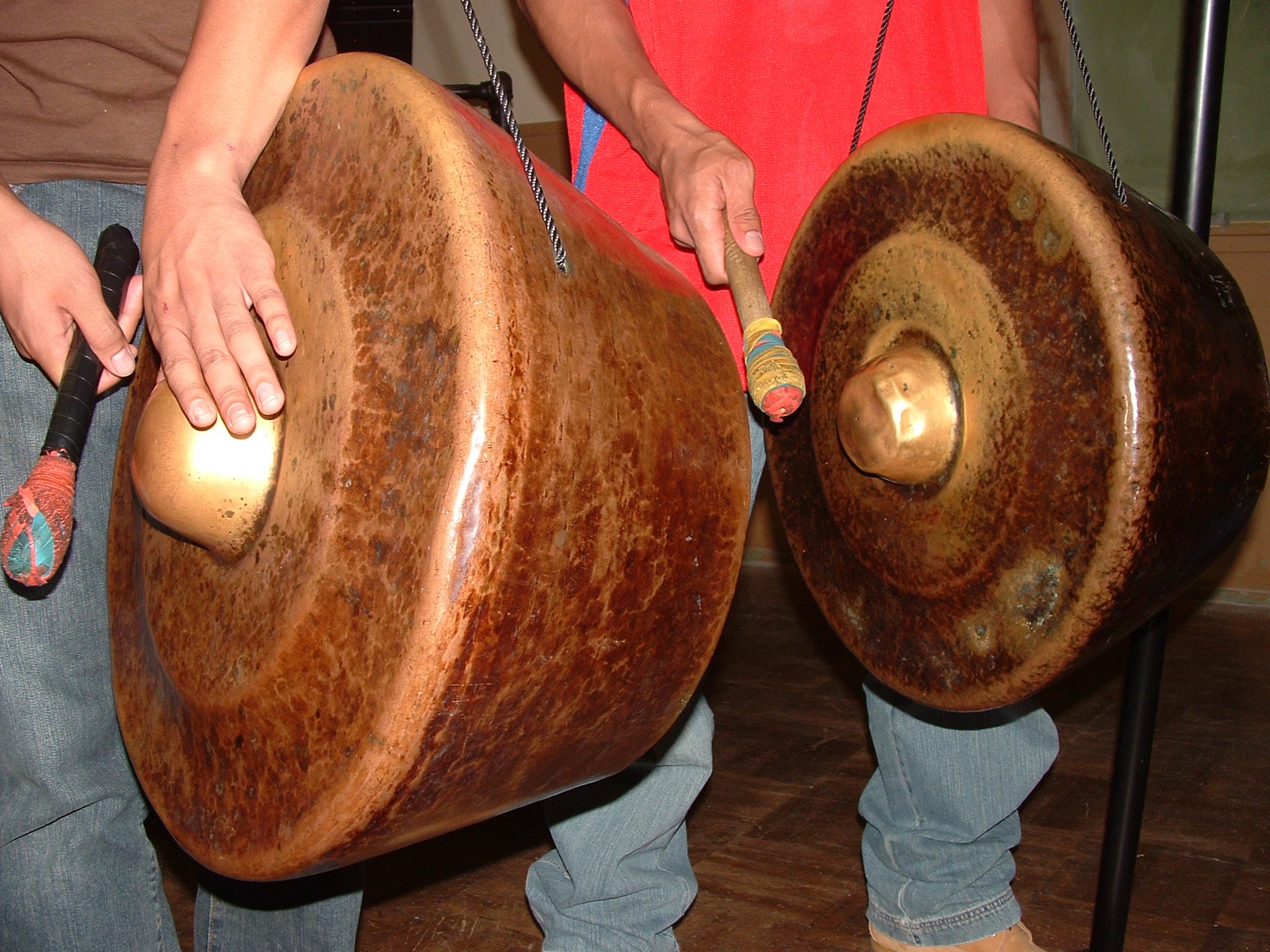 This single, narrowed rimmed gong is often used as the “timekeeper” in the Kulintang ensemble. It has a diameter of about a foot, which makes it bigger than the Kulintang gongs. However, it has a sunken boos which means that it has to be struck on the rim or flange to make a sharp, distinctive metallic clang. Sticks that are made from bamboo or rattan is used. This instrument is often considered as a “false gong” and are traditionally made with bronze. However, since this metal is scarce in Mindanao, they’re now made with iron, brass, and even tin-cans.