Foods OFWs Miss the Most

When our beloved OFWs come back to the country for their short vacations, they often say that the one thing they miss, aside from their family and friends, is the food. Although Filipino cuisine is slowly rising and becoming more mainstream in western countries, nothing beats a home-cooked meal. And since some of the ingredients in Filipino cooking are a bit difficult to acquire, most OFWs can’t make their version of their favorite Filipino dish when abroad.

Below are 10 of the most common Filipino foods that OFW miss. 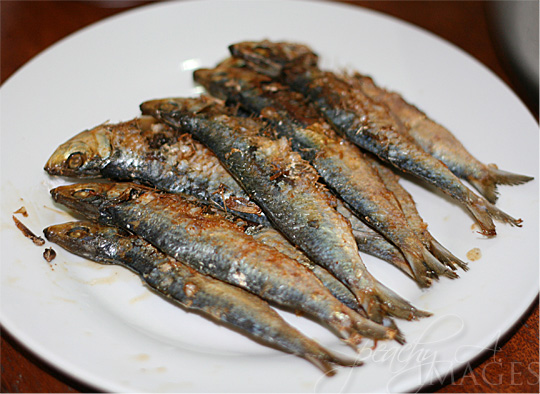 Tuyo is a staple in any Filipino household. We grew up eating it and it’s a go-to food when we want a quick and easy meal. Tuyo is basically dried salted fish. We prepare it in many ways. Some simply fry it while others sauté some onions and tomatoes and then add the tuyo to the mix to create a nice, saucy dish. It can also be added to dishes like mongo or mung bean soup to give it more flavor. The fish used for tuyo varies, but our favorites would have to be the ones made with dried anchovies.  A hot cup of rice, some fried tuyo, and a little sauce made with lime, chilies, vinegar, and soy sauce and make any Filipino’s day. 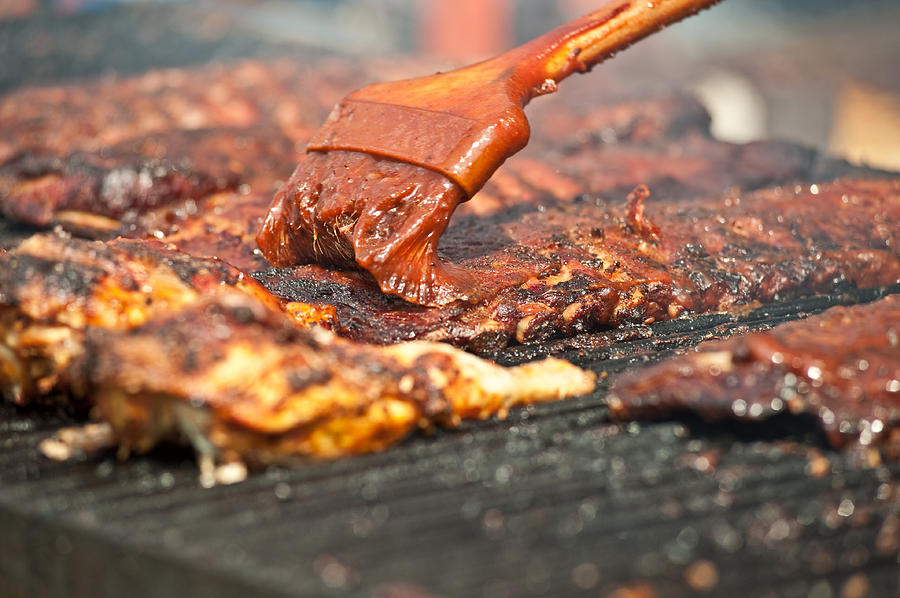 There’s just something about the way Filipinos barbeque meat and seafood that makes it taste distinctly different from the rest. First, we actually use charcoal which gives it a distinct smoky flavor. Meat (usually pork or chicken) is marinated with salt, pepper, brown sugar, garlic, soy sauce, vinegar, and lime. Fish and sea food is simply salted or stuffed with tomatoes, garlic, and ginger.   We also create a basting sauce made out of ketchup and soy sauce for the meat. Barbequed meat and seafood is served with a sauce made with limes, chilies, vinegar, and soy sauce. Filipino barbeque is very flavorful and has a real savory yet sweet taste to it. 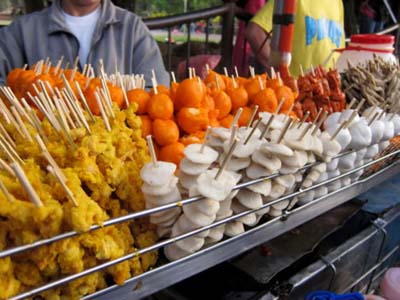 They say you can understand more about a country by eating their street food. For us Filipinos, we want something that’s easy to eat, flavorful, and saucy. Fish Balls, Squid Balls, Tempura, Kikiam, Qwek-qwek, Isaw, Betamax, the works. These food items are often always missed because it’s so difficult to find them outside the Philippines. Many Filipino street food, such as Isaw and Betamax, are uniquely Filipino. What other country served fried or grilled chicken intestine and cubes of blood? And silly as it sounds, many miss the sauce that comes with these street foods. There’s just something that makes them taste different when you’re actually standing in front of the food cart, enjoying your stick of food and sipping on a bottle of coke. 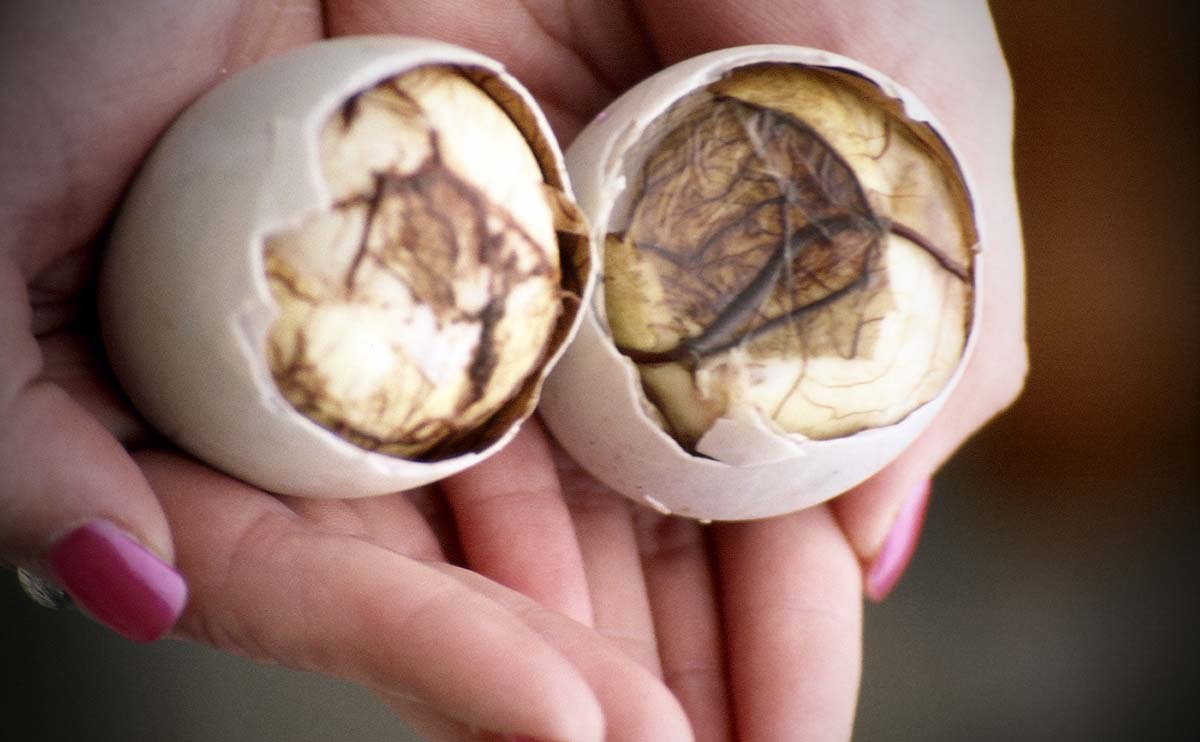 Many of us grew up eating this and it’s something very nostalgic to us, so you really can’t blame those who haven’t eaten Balut for a long time to miss it. Balut is a developed duck egg that’s boiled and eaten with a little salt and vinegar. It’s an acquired taste and many foreigners would even eat is as a dare when they visit the country, but it’s common, everyday food for us Pinoys. We often eat it at night as pulutan or something to go along with beer and it’s considered as an aphrodisiac. It’s extremely difficult to find Balut outside Southeast Asia, so those abroad really have little to no access to this delicacy.

Basically, dishes that contains innards and parts of the animal that are normally thrown away. Think Sisig, Dinuguan, Chicharong Bulak-lak, Bopis, Goto, just to name a few. Although some OFWs make their own version of these dishes, some ingredients are just too hard to get in western supermarkets and groceries. What most Filipinos abroad do when they miss these dishes is they go to their local butcher and place a special order for the parts they need. This has got to be one of the best go-to comfort foods for Pinoys, especially for the younger generations. Instant Noodles and Pansit Canton are quick, easy-to-prepare, hot meals that have satisfied millions of hungry Pinoy tummies, which is why we have a tendency to want them during those late night cravings. The Lucky Me brand is the most popular brand of Filipino Instant Noodles and Pansit Canton. Although they are available in a few Filipino or Asian grocery store chains in the west, they’re still hard to come by in certain countries. Some OFWs even bulk buy packages of these to take back when they leave.

Mr. Chips, Chippy, Kropik, Piattos, Nova, Boy Bawang, the list goes on. Although these are junk food, a lot of us miss eating this out of nostalgia. They remind us of those times we hang out with our friends, drinking a bottle of beer, and munching on a bag of these. Like Instant Noodles and Pansit Canton, many OFWs would take some of these snacks with them when they leave. Some supermarkets sell them in the international aisle, but only a few so they’re not really that accessible. 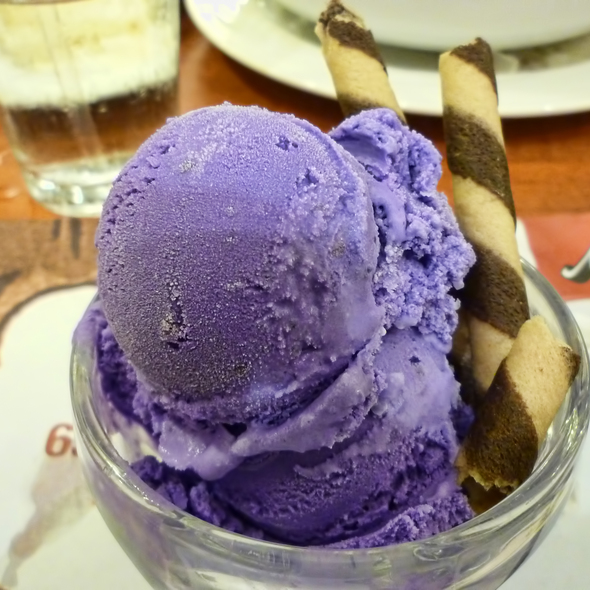 For some reason, it’s just really difficult to find this outside the Philippines. We love Ube or purple yam, and we often use this on desserts and sweets. Although you can find purple yam in some grocery stores and make your own Ube Ice Cream, eating it straight from the tub is just different.  Ube ice cream is also a common ingredient used in the iconic Halo-halo, and many people feel that Halo-halo is just not complete without Ube Ice Cream. A dish that’s often served during special occasions, Lechon is a whole roasted pig. When Lechon is served, you know there’s a party going on. Some Filipinos have actually established their own business selling Lechon in other countries. But for those in non-pork eating countries, it’s going to be a long time till they can eat this dish again. Making Lechon is also a labor of love. You have to prepare the pig, make a pit for the charcoal, chop up the stuffing, and watch and turn it as it cooks to make sure it doesn’t burn. It’s a difficult task to take on alone, so it’s really not a recipe you can whip up easily at home. 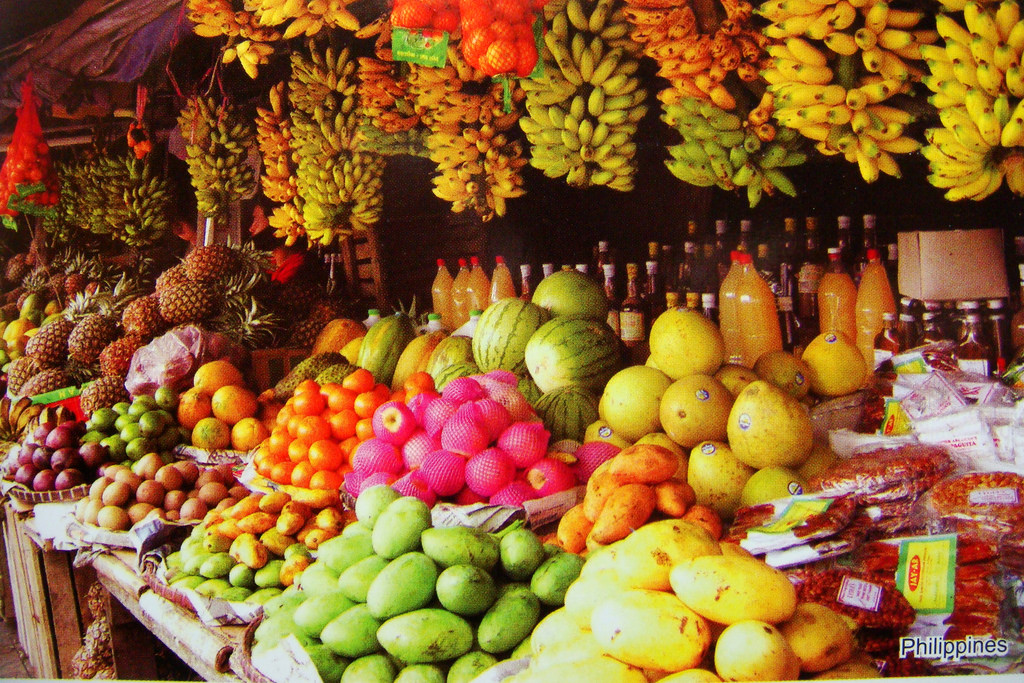 Sure you can buy fresh fruits from the supermarket, but a kilo of fresh mangoes from the public market in your home town is somehow sweeter and tastes better. Coconut water is not stored in cans or in packs, but in the actual nut itself, plus it way cheaper. The smell of jackfruits fill the whole house with its sweet scent. As for those who grew up eating Durian, you can have it any time you want without worrying about the neighbors getting bothered by the smell.

Which of these Filipino foods do you miss eating? Leave us a comment below and share this article to fellow OFWs so they can think about what to eat the next time they come home.