10 Ways to Use Coconut Trees

While the whole world is just discovering the wonders of this amazing plant, we Filipinos have been using and enjoying coconuts since anyone can remember. The coconut tree is a type of palm tree that grows in the tropics all over the world. The coconut nut is actually a drupe, not a nut, and contains a soft, edible flesh and refreshing juice.

The Philippines is the second biggest coconut producer in the world, farming coconuts and processing coconut products for both import and export. Coconuts are so common here that we can just buy them from street vendors for a few pesos per nut. The great thing about coconuts trees is that they can be used for a number of things. From the leaves to the trunk, the coconut tree is 100% useful, hence why many dub it as the tree of life.

Here are 10 uses of these wonderful trees. 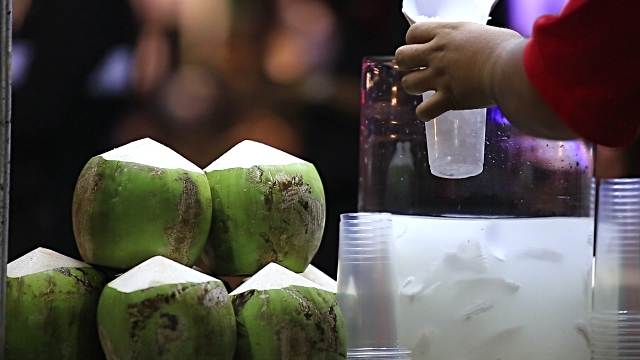 The most common use for coconuts is food. Young coconut meat is soft and can be eaten right away. We often use these in desserts and sweet recipes. The older the coconut fruit gets, the tougher the meat becomes. This then can be used to make shredded coconut or processed to create coconut products like coconut oil, flour, milk, and cream. Coconut milk is a common ingredient used Asian cooking and gives the dish a rich and creamy texture. Coconut meat is packed with vitamins and minerals, and contains powerful antioxidants. 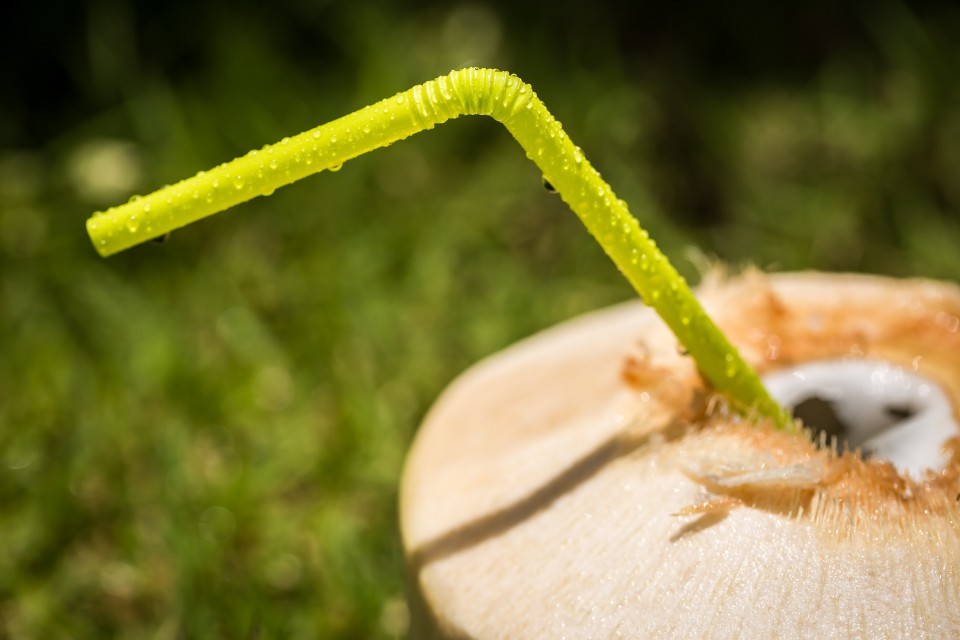 You can’t deny that packed coconut water taste different. We’re so used to drinking it fresh that we won’t have it any other way. Keep in mind that coconut water is different from coconut milk. The water is the juice that’s found in the hollow fruit and is collected when you break the hard shell. It has a mildly sweet taste to it and known to have a number of health benefits, vitamins, and minerals. We Filipinos love to add milk and some shredded young coconut meat to coconut water for a refreshing drink. Coconut water is also used in cooking as a special ingredient. 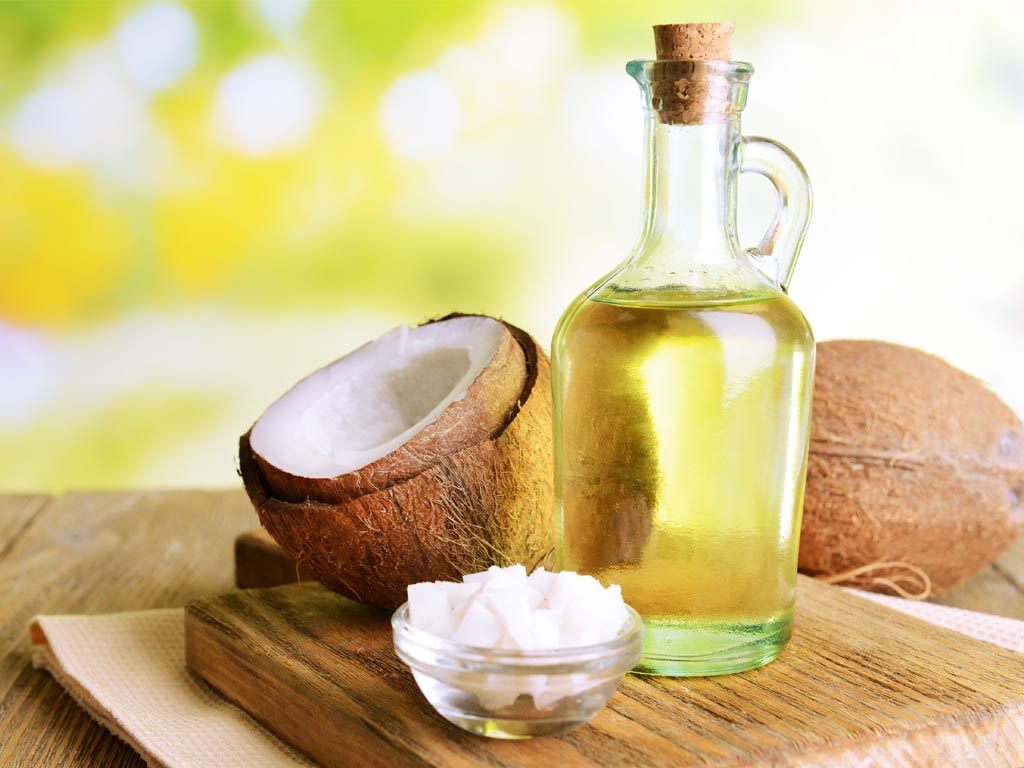 Coconut oil is extracted from the flesh and has become popular over the years because of its unique flavor and versatility. In cooking, coconut oil has been used as a replacement for butter in a number of recipes. Coconut oil contains a high amount of lauric acid, which is believed to be beneficial for heath since it can improve our immunity system. Other than using it as an ingredient for cooking, coconut oil is also a common ingredient in the cosmetic and body care industry. It’s a great conditioner and moisturizer, plus it’s relatively inexpensive. 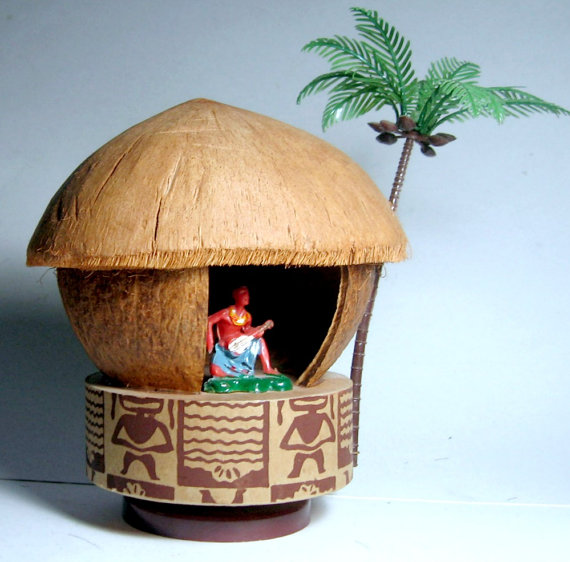 The coconut has a hard shell that can be used for a number of things. They’re usually used to create crafts and home décor. They’re easy to color and carve into unique art pieces. They’re also dried and turned into beads and buttons. These hard shells can also be used for cooking. In some countries, coconut shells are used as a natural steam basket or cooking vessel. Food is placed on the shell and is steamed. 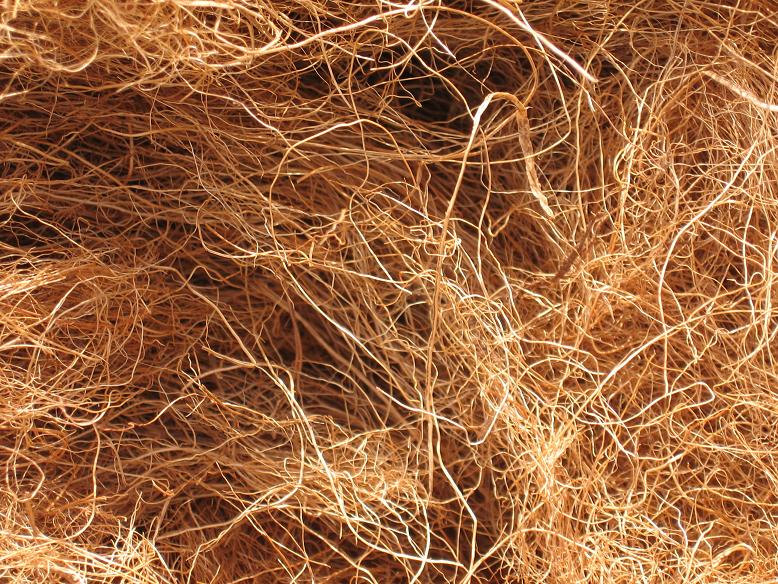 When opening a coconut, you’ll notice that the shell has little fibers. These are often made into natural scrubbers for cleaning. The fiber is first dried and formed into scrubbers. The husk fibers are also used in craft materials. For example, doll makers dye them and use the fiber to make doll hair. Some also collect it to create woven products like clothes, rugs, and bags. 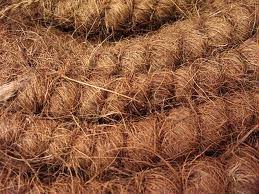 One of the most common uses of coconuts, aside from harvesting it for its fruit, is collecting husk fiber to turn it into rope. Aside from collecting coconut fruits, many coconut farmers make a living making rope out of coconut husk fiber. It’s a difficult and time consuming task that requires a lot of manual labor, but people work in groups in small factories to create ropes and mats from coconut husk fiber. The ropes are used in a number of industries, from fashion to home decor and crafts. 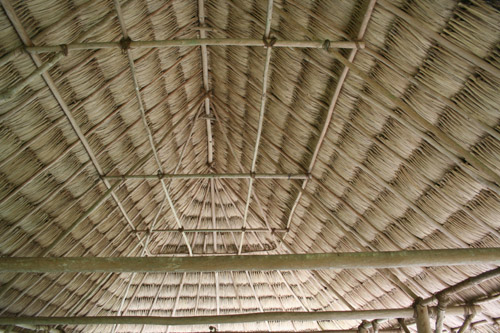 The coconut tree has large, beautiful leaves that not only look beautiful in photos, but in homes as well. People have been using these leaves to create fences and roofs for their huts. The leaves make a great material for Thatching since they’re strong. It’s also a cost effective choice for those who can’t afford other roofing materials. Some people even make their whole homes, from the base to the walls and roof, with coconut wood and leaves. Here in the Philippines, we have the coconut palace, which is the official residence and the principal workplace of the Vice President of the Philippines, that’s made with coconut shells, coconut lumber and hardwood indigenous to the country. Remember your nanay’s walis tingting? Well the sticks are actually made from coconut leaves. The leaves have a thick stick in the middle which is harvested to create brooms. The sticks are bundled up to create a thick broom which we often see being sold in the local markets here in the Philippines. Many of us also have memories of getting spanked by our moms with this broom if we misbehaved. 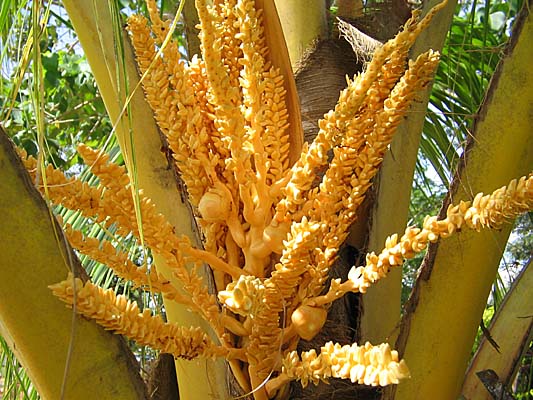 Coconut Flowers have actually been used in traditional medicine for centuries. Many Southeast Asian cultures use coconut flowers for home remedies. Sap taken from the flowers is  also commonly collected and tuned into coconut wine, locally known as tuba or lambanog.

These are just 10 of the many uses for the mighty coconut tree. Know any other use for it? Leave a comment below. Don’t forget to share this article.