When you’re in show business, your external appearance matters as much as (maybe more than) your talent. But not everyone is born with both good talent and good looks. And those who were, the showbiz industry and all its demands are simply too overwhelming for them to ever rest on their laurels. Celebrities need to constantly evolve and improve not just their craft, but also their looks. They need to look better and maintain their youthful glow if they’re to sustain their careers.

Plastic surgery seems to provide a sure ticket to stardom wherever in the world, not just in Hollywood. Plastic surgery whether invasive or otherwise, may be costly and painful, but it effectively transforms a number of men and women in showbiz, making them more physically attractive and appealing. Well, at least, that’s the primary objective of undergoing the procedure anyway. 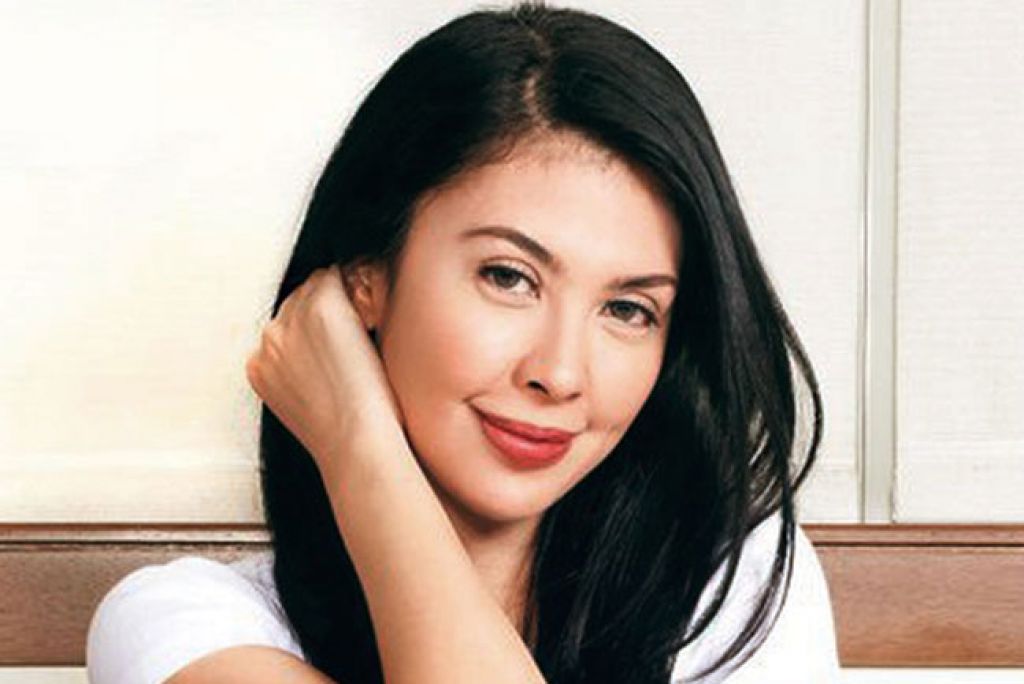 Pops Fernandez is a talented singer and actress, and although she already looked way better than a million others, with her career soaring high, it seems she can’t be content with the way she looks. So she went on some sort of hibernation and got herself a few surgical procedures. When she came out publicly, she became more beautiful, sure, and also a chance at becoming FHM’s cover model. 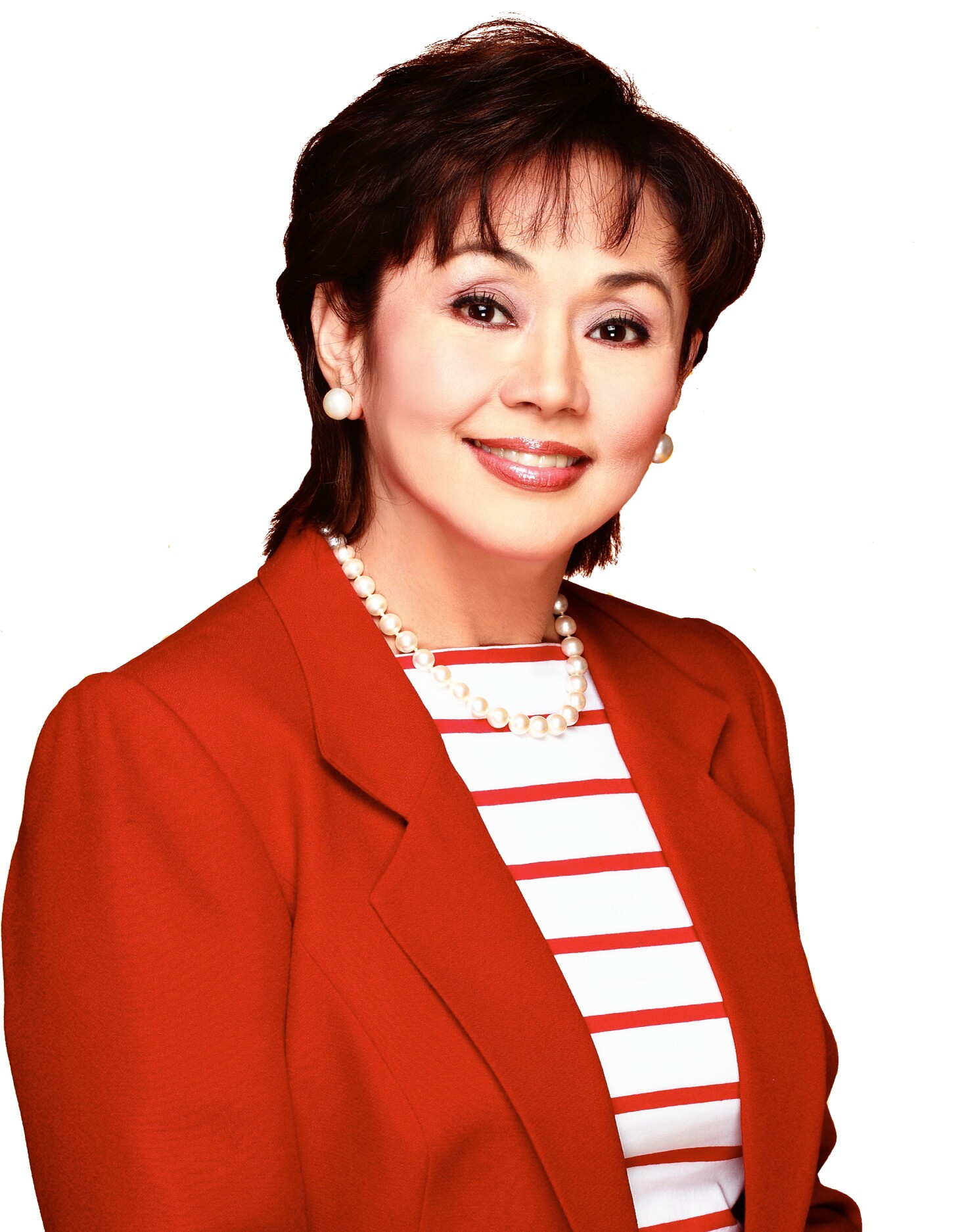 Vilma is one of those few lucky ones who have succeeded in both showbiz and politics. Despite her inactivity in showbiz, she remains as one of the Philippines’ legends. Many speculate that Ate Vie has had blepharoplasty or eyelid cosmetic surgery, which caused her to lose her natural chinita eyes. Now, the newly elected Representative of Lipa dons deep-set eyes like most western women. 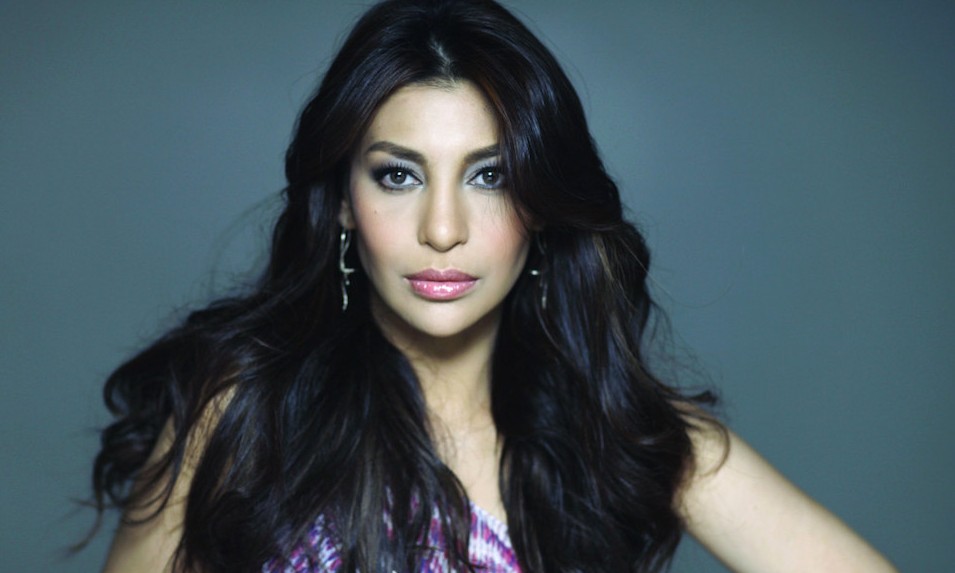 Fans here and abroad are mesmerized by Lani Misalucha’s singing voice. She is indeed one of the best Filipino singers ever. And although Lani now looks like the younger version of Cher, she didn’t always look that way. Lani had a natural morena skin and Pinay charm, but now, she could pass as a Latina or the Pinoy version of Kim Kardashian or maybe Eva Longoria, only that Lani sings way better. Her new looks are utterly far from the original, but we’re glad her voice is as mesmerizing as it was when we first heard her sing. 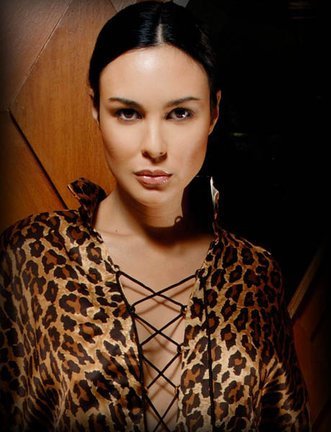 When Pops was ridiculed for coming out with fake nose and lips, her close friend Greta was there to support her all the way. Of course, it was expected considering that La Greta is a fan of plastic surgery herself. Ever wonder why Gretchen seems to never grow old, and even glow better than her other sisters or her own daughter? Apart from her beauty supplements and healthy lifestyle, Gretchen owes her everlasting beauty to cosmetic surgery. 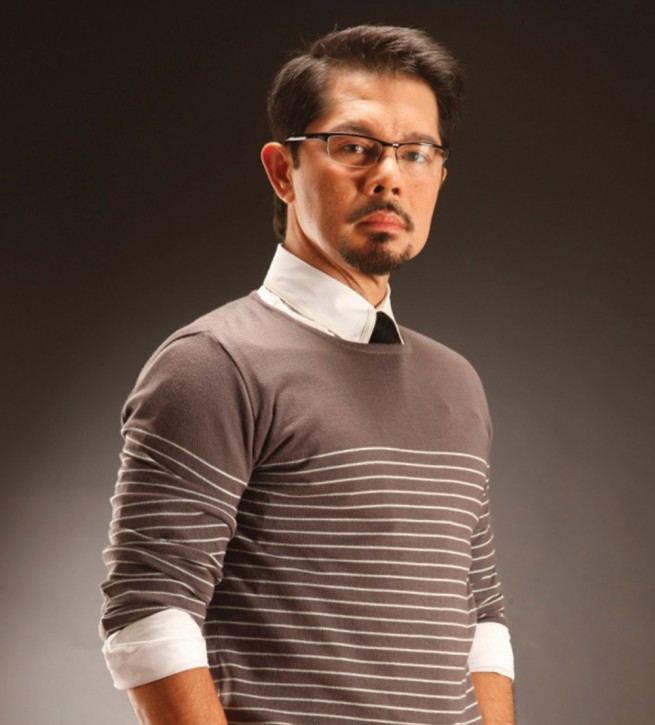 Christopher de Leon continues to grace the television and cinema screens, portraying various roles. Although the veteran actor will officially become a senior citizen this year, he still looks young and vibrant. His secret? Staying happy and positive, and a couple of trips to a beauty clinic for the last 16 years. 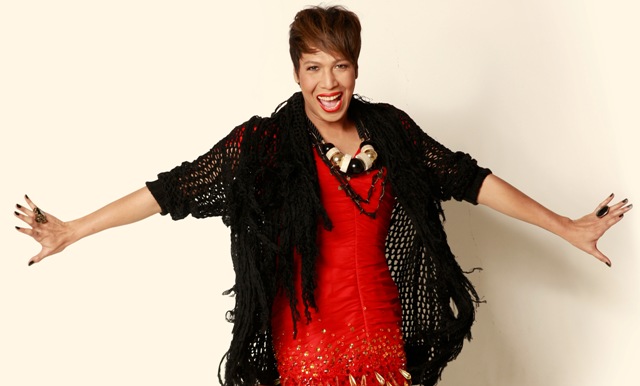 Vice Ganda is brutally honest about his not-so-good looks. But despite his flawed facial skin and originally male physique, Vice is enjoying a soaring career in show business. Of course, to look his best and to look the part (as ganda or pretty), he needs several layers of makeup and some help from a cosmetic surgeon to lighten his armpits and add curves to his body. 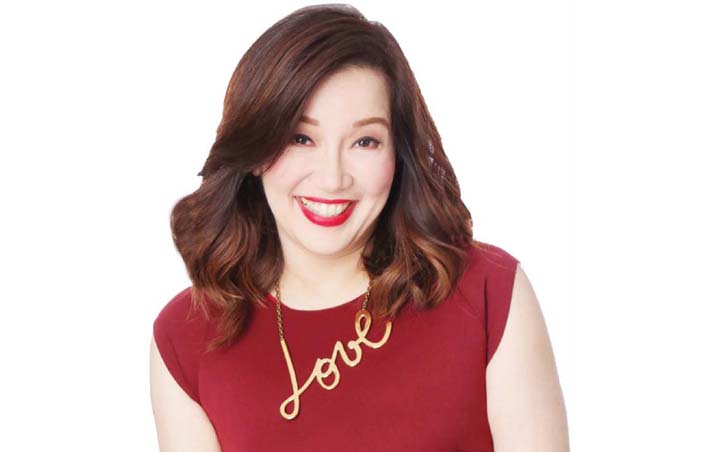 If there’s anyone in show business who can afford as many cosmetic enhancements as needed or desired, it’s queen of all media Kris Aquino. And although she may only have revealed a nose job, if she likes to look prettier still, nobody’s stopping her. After all, everything seems to be within her reach, what with P120 million in her pockets and nonstop projects. 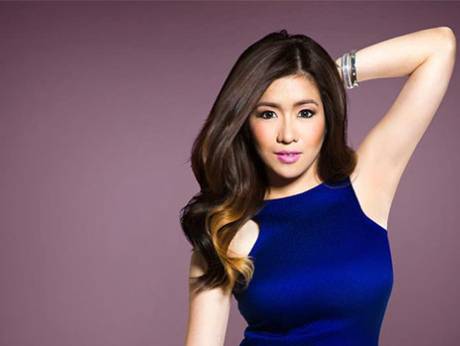 This rising songstress started out chubby and simple-looking, but now, she’s growing into a graceful diva in her own right, but of course, not without the help of Vicky Belo. Doctora Vicky seems to be excited about transforming Angeline by suggesting several procedures to make the diva more beautiful. Despite Angeline’s complaints about her unusually large breasts, she said she will leave them as is, as per her boyfriend’s suggestion. As for her nose, she’s reluctant to undergo rhinoplasty due to its effects on her voice. 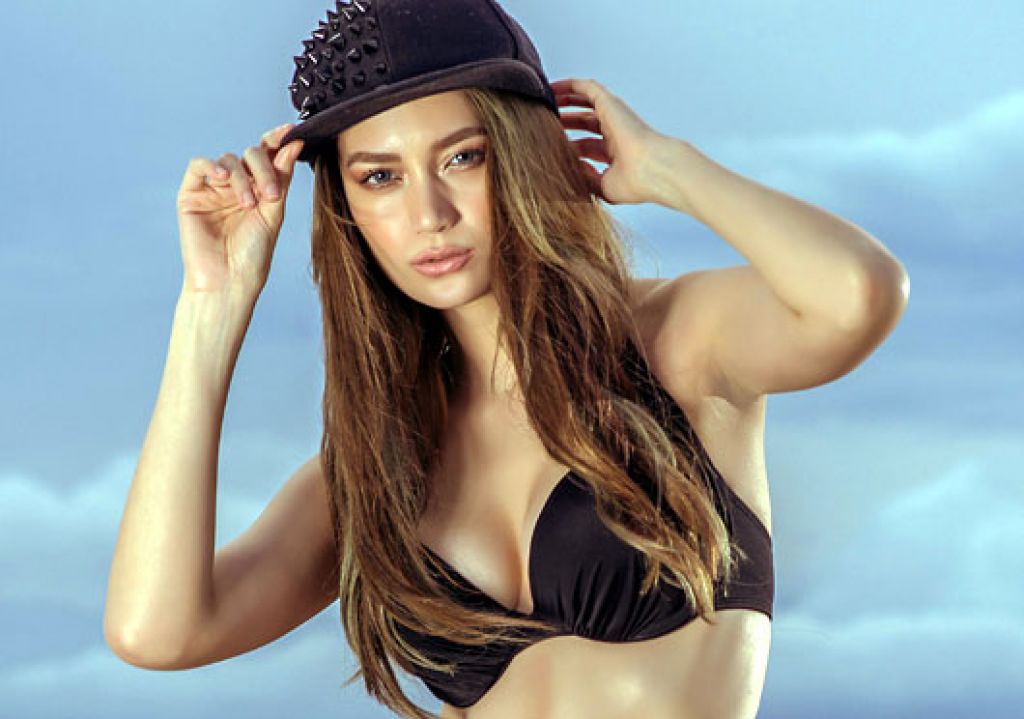 She’s got great voice (vocalist of Philia band), nice height (stands 5’7″), sexy body, great fashion sense. It seems that Arci is one of the lucky ones, really. Still, she needed to transform herself, and it was the best timing too when she reportedly got into a freak accident that got her face all cut and scarred. When she fully recovered and was finally able to shoot scenes for Pasion de Amor, Arcie came out different, a good kind of different, that is. 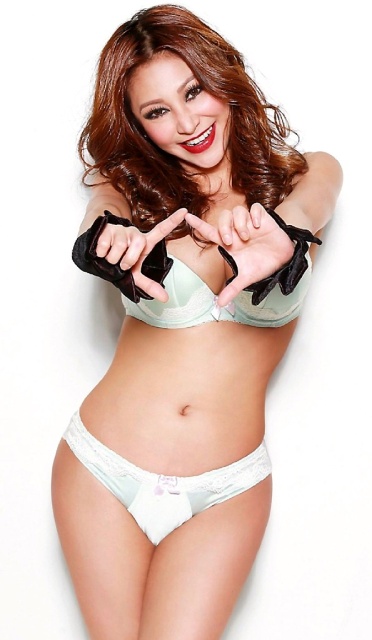 Ruffa Mae’s sexy comedic antics got many of us to laugh and be entertained. We liked it that she’s pretty and sexy, yet acts stupid and speaks crooked English in her shows and movies. But her entertaining us as a sexy comedienne came to a temporary halt when her last enhancement surgery went wrong. She eventually have to undergo reconstructive surgery (supposedly to have her breast implants removed). She later on denied she had implants removal, but had cyst removal, pointing out to her grammatically wrong statement via Instagram.

“Perfect” physical beauty is a prerequisite for celebrity-hood. Without it, you could still land a role as the nerdy, comic sidekick or the dreadful monster of a horror film. But if your to aim the main spotlight, the highest pedestal in Philippine showbiz, the surefire way to get it is through having perfect looks, and if you aren’t naturally blessed, you can always count on doc. Only, you have to endure the pain and spend several thousands (if you don’t get them for free or at a discount).

Learning from Ruffa Mae, not every doc out there is competent and credible to prettify you. So choose your doctor wisely because even with expertise, a doctor can make a mistake. The worse thing that could happen to you after undergoing plastic surgery is for you to look uglier than before. But the worst is for you to have health problems as side effects.