When it comes to love, either age matters or it doesn’t. Here in the Philippines, you can either walk away with dating or marrying an older guy unscathed and live happily, or be affected for life. For many of these Pinay celebrities here, marrying or dating an older guy was the perfect choice, but for some, it was a disaster. Are they truly in love or are they just paired for the publicity, politics or the money? You be the judge! 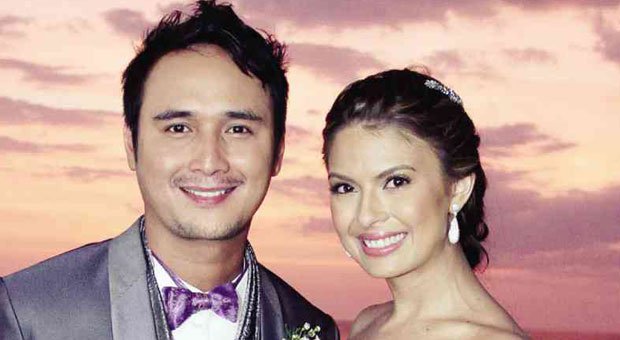 The dashing John Estrada was married to Janice de Belen for 12 years and fathered the latter’s four children. But the couple’s marriage couldn’t last long owed to John’s seemingly uncontrollable attraction to young, pretty women. His affair with co-host Vanessa del Bianco didn’t last, but John found beauty queen Priscilla Meirelles wife material, in addition to being young and pretty. Priscilla and John married in 2011 with the blessing of John’s ex wife, Janice. Knowing how easily charmed her husband is by other girls, Priscilla said she lets John girl-watch but with limits. 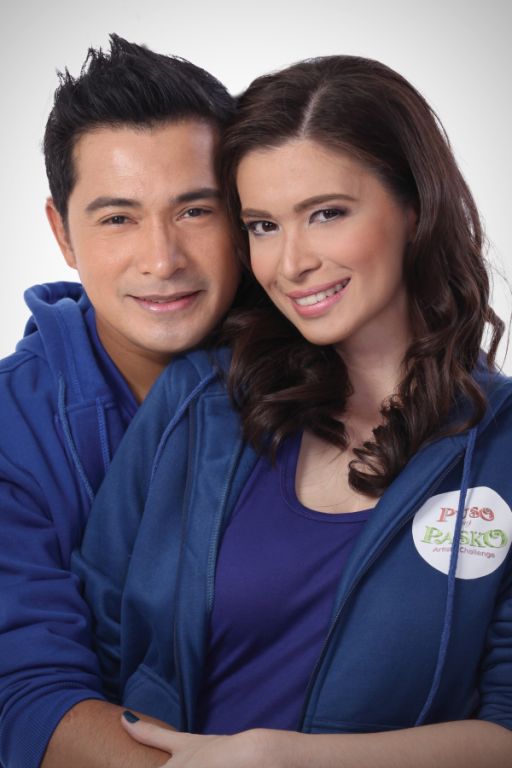 Cesar is one of the most successful Pinoy actors today, but sadly, his marriage to wife Sunshine 15 years his junior lasted only 13 years. Buboy, as the actor is fondly called, could not keep his eyes and hands off younger women. Sunshine knew about his womanizing habits long before they wed, but stuck to Buboy still. Sunshine couldn’t take her husband’s infidelity anymore and called it quits in 2013. Mariel was only 26 years old when she married co-host and Lover Boy Robin Padilla who was already 41 at that time, divorced and had four fully-grown kids. The couple met at the noontime Wowowee show wherein Robin worked as temporary male host replacement to Willie Revillame for two weeks. Those two weeks became brief but meaningful time for Mariel and Robin, who ended up tying the knot shortly after dating for months. Heart was 30 when she married Chiz, 45, in a lavish wedding in Balesin Island. This was the politician’s second marriage and the young actress’ first. Heart had been in a relationship with several young actors in the past – all of them never got home base because of her family’s discriminating taste. The Ongpaucos also showed contempt against the senator and chose not to attend the couple’s island wedding. But with Chiz’s political wits and charm, and Heart’s persistence, the Ongpaucos gave in eventually. 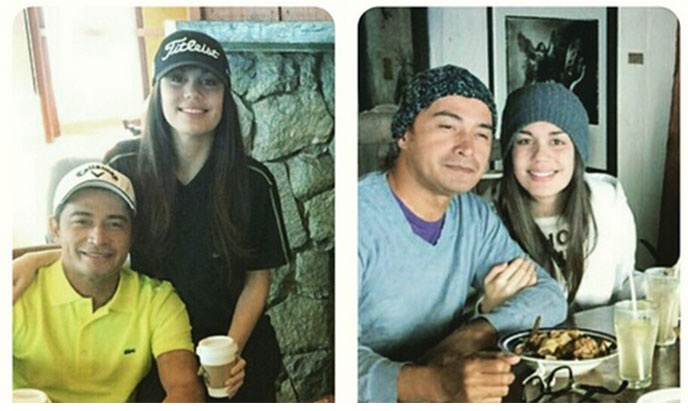 Status: Rumored in a Relationship

Cesar is one notorious womanizer, but in spite of this, the ladies keep coming to him, magnetized by his manly looks, it seems. He is currently battling domestic abuse allegations hurled against him by his ex-wife, but Cesar is not one to back down, at least not in terms of hooking up. Another beautiful lady, Sandra Seifert, keeps him company, and like his ex-wife, Sandra is several years younger than him. 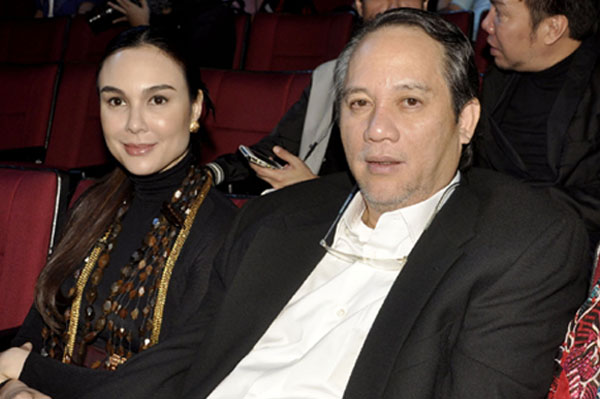 The ever-glowing La Greta doesn’t look her age even now that she’s already 46. She’s keen to maintain her looks and status, and she does this with support and help from business mogul Tony Boy Cojuanco. The two started dating and began living together when the actress was still 23 years old. Tony generously endows his partner with jewelries and other gifts, although Gretchen isn’t totally dependent on him financially, with her being an iconic model, actress and endorser. Together, they have a 20-year old daughter, Dominique. Renowned journalist and politician Loren Legarda married politician Antonio Leviste in 1989, when she was 29 years old and the latter was 49. The two had promising careers ahead of them, but their marriage was going south since 2003, and they eventually had an annulment in 2008. Legarda’s entered the senatorial race and won in 1998. While she’s still one of the country’s incumbent senators, her ex-husband was convicted of homicide in 2009 and was sentenced to 12 years in prison. 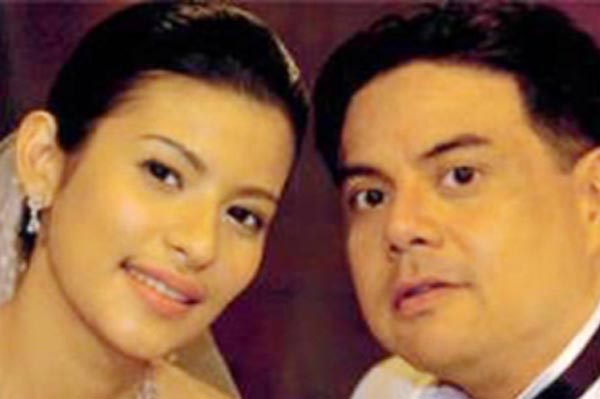 Sexy actress Assunta was at the height of her career and was only 19 when she married wealthy politician Jules Ledesma, aged 41, in a civil rites ceremony in 2002. Assunta quit showbiz to maintain a low-profile life as wife to her husband and stepmother to Jules’ children from his first marriage. After 14 years, Assunta and Jules are still trying to have a child of their own. 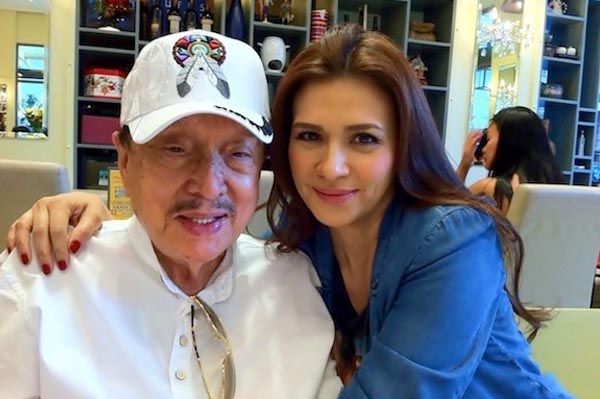 Status: Domestic Partnership since 1989 until Dolphy’s Death in 2012

The legendary King of Comedy, Dolphy, was as easily enthralled by women as any man. He fathered a total of 18 children with six various women, but the last woman to keep him company was the brilliant diva, Zsa Zsa, and together they bore a daughter, Zia, and adopted another, Nicole. The couple has been together for more than 20 years, but were never married. 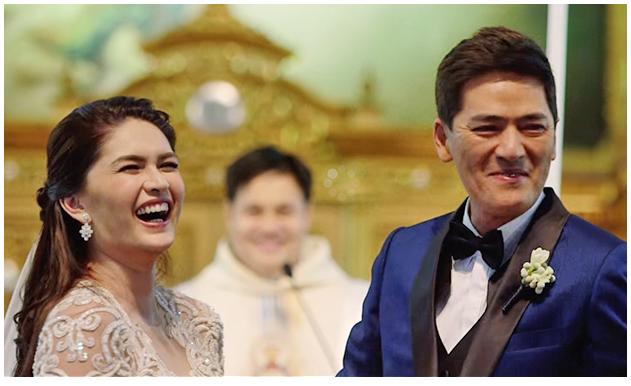 It’s weird that Vic was an fully grown man (41 years old) while Pauleen was all cute with a loose front tooth (7 years old) when these two first met at the set of noontime show Eat Bulaga during one of the Little Miss Philippines episodes. Fast forward 20 years later, after Vic’s several affairs with a host of other women and turned 62, and after Pauleen enjoys a decade-long hosting stint at Eat Bulaga and turned 27, they wed.

In a PEP interview five years ago, Isabelle admitted being in a relationship with a non-sbowbiz guy, a French executive, Adrien Semblat who is a bit older than her. She was 23 years old at the time. Just how many years exactly is Adrien older than her – we don’t know. All we know is that the pair seem to be taking things to another level. In February 2016, news about Isabelle and Adrien getting engaged along with their photos became cover story for HOLA! Philippines. The two are currently in their sixth year anniversary as a dating couple.

Whether or not these Pinay celebs are in it for love, they alone have the answer. But mind you that these older men they chose not only have great looks (or sex appeal, whatever that means), but more importantly, deep pockets