Chocolate was invented by the Mayans and Aztecs, brought to Europe by the conquistadors, and introduced to the Philippines by the Spaniards. Since then, chocolate has become a popular food in the country, and we ever produce our own chocolate products. There are a number of mass-produced, locally made chocolate snacks available in the market. Here are 10 of the most popular one. Cloud 9 is a delectable chocolate bar produced by Jack ‘n Jill and is one of the most famous chocolate snacks in the country. The chocolate bar has been a favorite of Pinoys, with its familiar layers of creamy caramel, soft nougat, and crunchy peanuts covered by a thick coating of rich, milk chocolate. They’ve recently developed new flavors and released their Salted Caramel flavor which is packed with more caramel and a bit of salt and their Cloud 9 Overload which has a thicker layer of creamy caramel, soft nougat, and crunchy peanuts. They also have the Cloud 9 Chocolate Milk Drink which is a ready-to-drink chocolate milk. 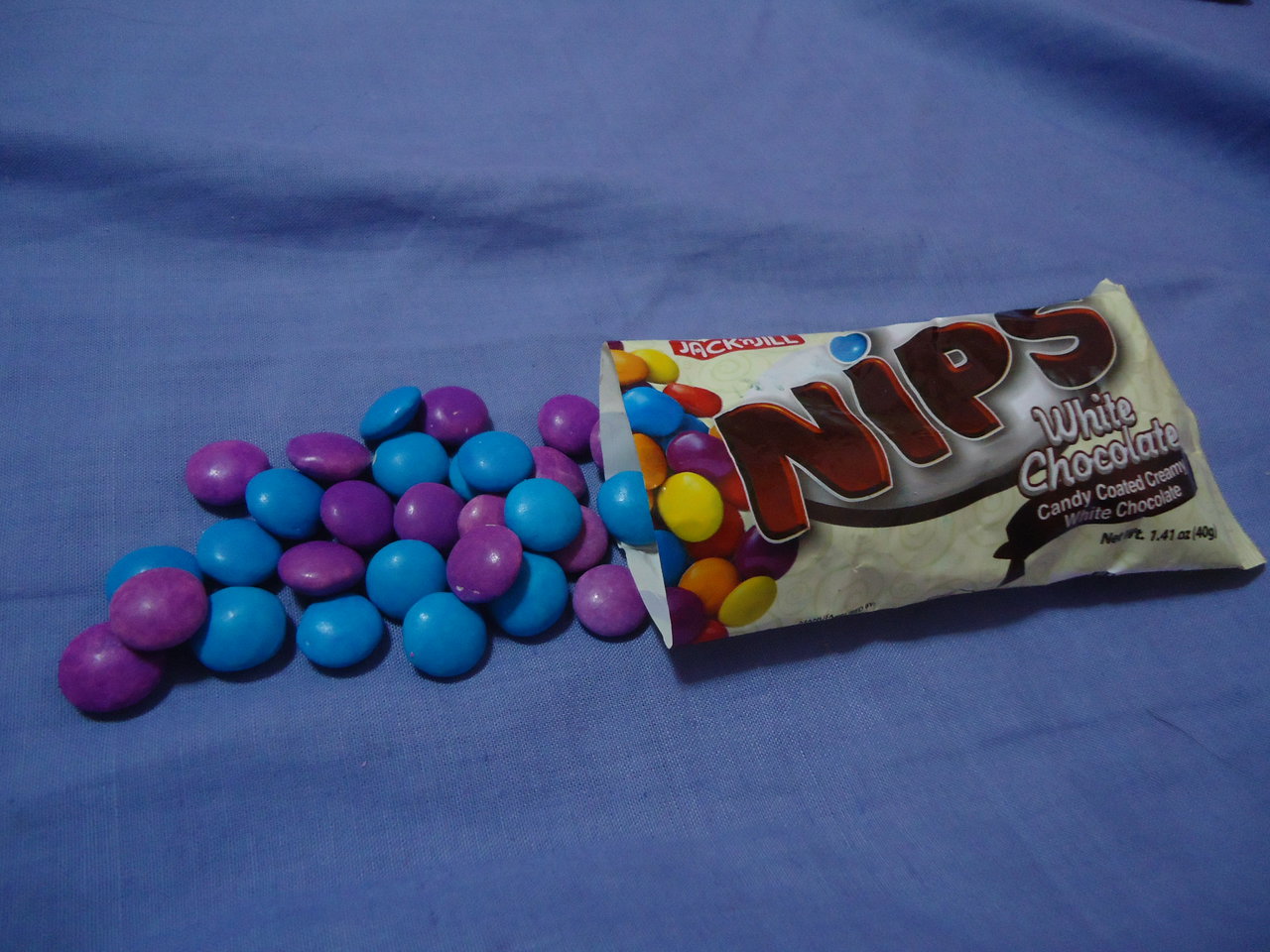 This is our version of the iconic American M&M’s. These little morsels of chocolate are covered in a hard candy coating that comes in a variety of colors. Opening a pack of Nips is like having a rainbow in your hand. Another product of the Jack ‘n Jill brand, the name of this candy actually comes from the anagram or reverse of “spin”, which describes the process of how these little milk chocolate dots are made. Aside from the classic milk chocolate, Nips also comes in a number of flavors and packaging such as their Nips White Chocolate nips, Nips Peanuts, and even Nips Chocolate Bar which is a bar of chocolate that has mini-Nips scattered all over it. 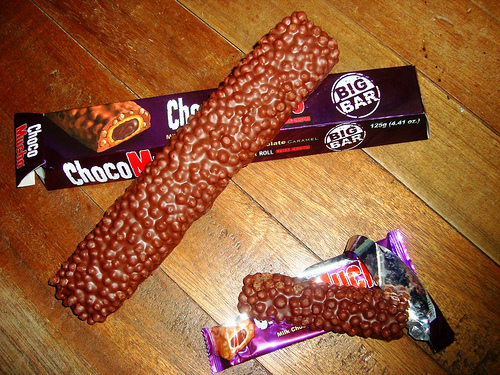 Choco Mucho has a crunchy wafer core that covered in rich caramel sauce, rice crispies, and covered in a good amount of milk chocolate. The size of the snack has become 10% bigger compared to the original size, giving you more chocolate goodness. Aside from the classic Chocolate, the snack comes in a variety of flavors, including Dark Chocolate, White Chocolate, Peanut Butter and the most recent addition to their lineup, Cookies and Cream. Choco Mucho is produced by the Republic Biscuit Corporation or REBISCO, which is one of the biggest snack item producing companies in the country. 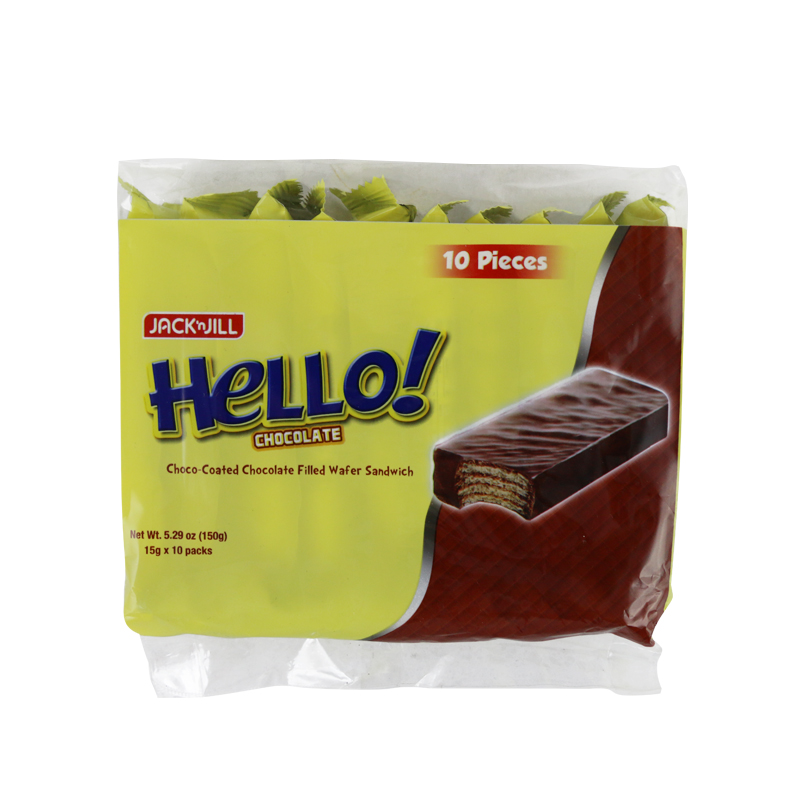 This simple chocolate snack has a light, crispy wafer core with a cream filling covered in rich milk chocolate. It’s produced by the Universal Robina Corp. under their Jack ‘n Jill brand and comes in chocolate, vanilla, and peanut butter flavor. A lot of people like this chocolate snack since it’s not as rich as the other chocolate covered wafers available in the market, but it does satisfy your sweet tooth. 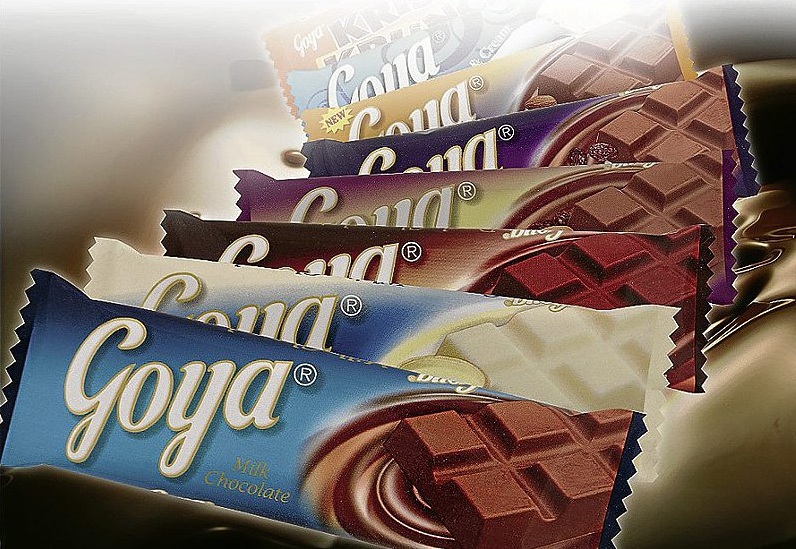 Ever since the brand started and produced cube-sized chocolates wrapped in gold foil back in the 1950s, the company has grown and developed a wide assortments of candies and confectionaries that are loved by Filipinos. The brand has a great line up of chocolate products including their signature Goya Milk and White Chocolate bars. They also have specialty chocolate bars like the Almonds in Milk Chocolate, Goya Raisins and Nut in Milk Chocolate, and their Goya Dark Chocolate. Aside from chocolate bars, they have other chocolate products like the Goya Take It which is similar to Kitkat, Krispy Crunch which is like a Crunch bar, and Goya Bits which are like M&Ms. 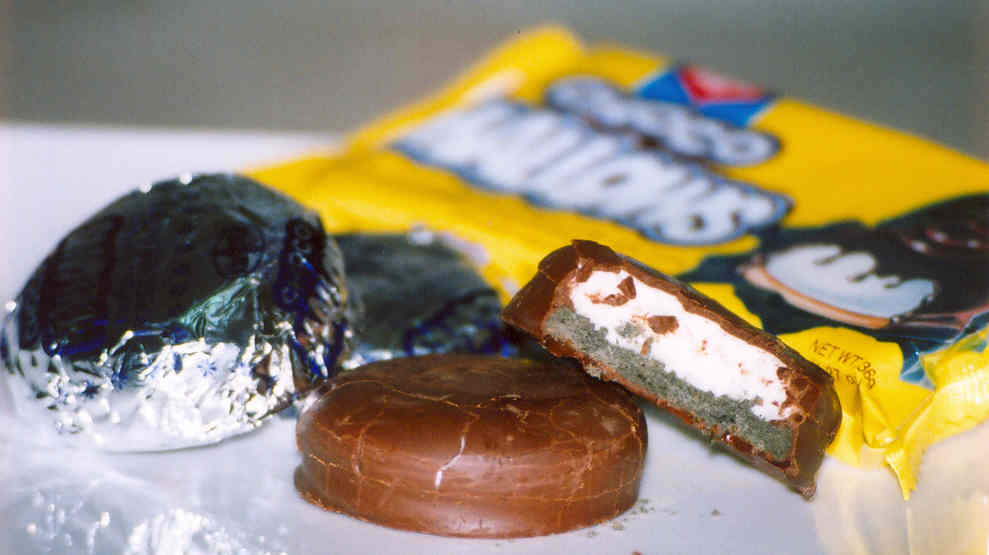 Produced by Commonwealth Foods, Inc. under their Fibisco Division (Filipinas Biscuit Corporation), Choco Mallows is a light chocolate snack that’s made with a biscuit base with a thick dome of light, chewy marshmallows on top and covered in rich milk chocolate. It’s a tasty treat that’s lights but filling, plus the chocolate and marshmallows are not too sweet so they don’t overpower the whole thing. Its familiar bright yellow box contains six foil-covered Choco Mallows that makes a perfect match for coffee or tea. 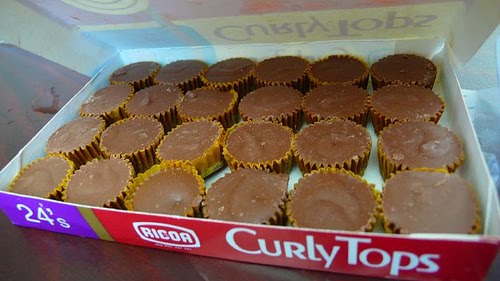 Probably one of the great mysteries that any Filipino kid grows up with is the difference between Curly Tops and Flat Tops. Both of these chocolates are made by Ricoa/Comfoods here in the Philippines. The main difference between them is that Flat Tops have flat top surface, while Curly Tops (from the box) have curly ridges and a small swirl on the top. Taste wise, there really is no difference. Some say that Curly Tops has a darker, richer flavor, while Flat tops tends to be milkier. Either way, these two chocolates are a great treat, plus they’re really inexpensive. 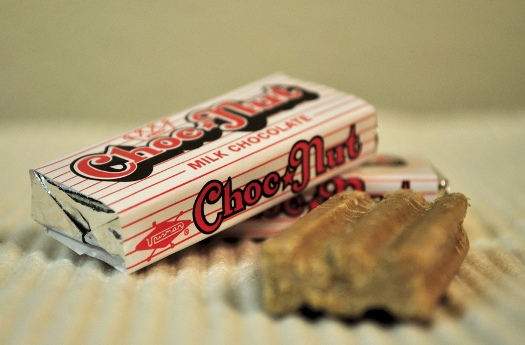 This is a classic Filipino chocolate treat. This is produced by New Unity Sweets Manufacturing Corporation and has been in the market shelves for as long as anyone can remember. Imagine a chocolate polvoron that taste like peanuts, you get a Chocnut. It’s our answer to Reese’s Peanut Butter Cups, only better. In fact, many OFWs would look for this nostalgic chocolate-peanut treat. However, the supply of Chocnut has declined over the recent years and we hardly see it in the groceries anymore. Apparently, the brand had changed hands and Annie’s Sweet Manufacturing and Packaging Corporation (the maker of a similar product – Hany’s), now owns it. However, there’s no confirmation that Hany’s is using the original Chocnut recipe. So if you ever get the chance to buy this little gem of a chocolate-peanut snack, go for it. 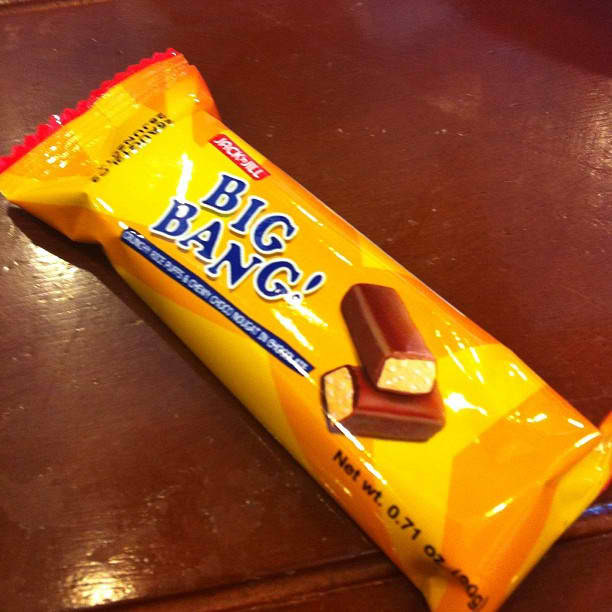 This chocolate bar is the perfect mixture of rich and chewy. It’s a three layer bar that combines a chewy nougat core, rolled in crunchy rice crispies, and covered in rich milk chocolate. This sweet treat offers great taste and a wonderful texture.   This fun snack is also another product by Jack ‘n Jill. 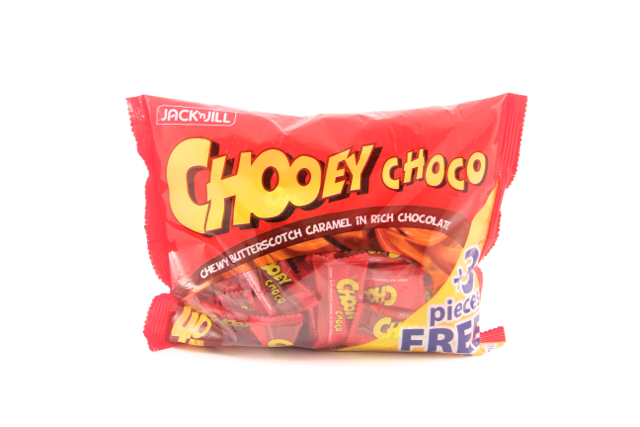 Another Jack ‘n Jill product, Chooey Choco is the stuff of dreams if you’re into rich, decadent sweets. This chewy chocolate treat is like taffy that just sticks to every inch of your mouth and melts as you chew it. It comes individually packed in small portions, which is perfect since you don’t want to be chewing on a big bar of this. It also come in a caramel flavor called Chooey Toffee which is as rich and decadent as the original flavor.

Try out these local chocolate treats and tell us which ones you love. Leave a comment below and spread the sweetness by sharing the article.