Every day is literally a battle for commuters. Aside from having to endure the highly polluted streets of the metro, they have to arm themselves with strength and agility in order to catch a ride in going back and forth to their respective destination. And just when the transport system of the Philippines seemed despairing, hope springs up as the Department of Science and Technology launched the very first Filipino-built train. 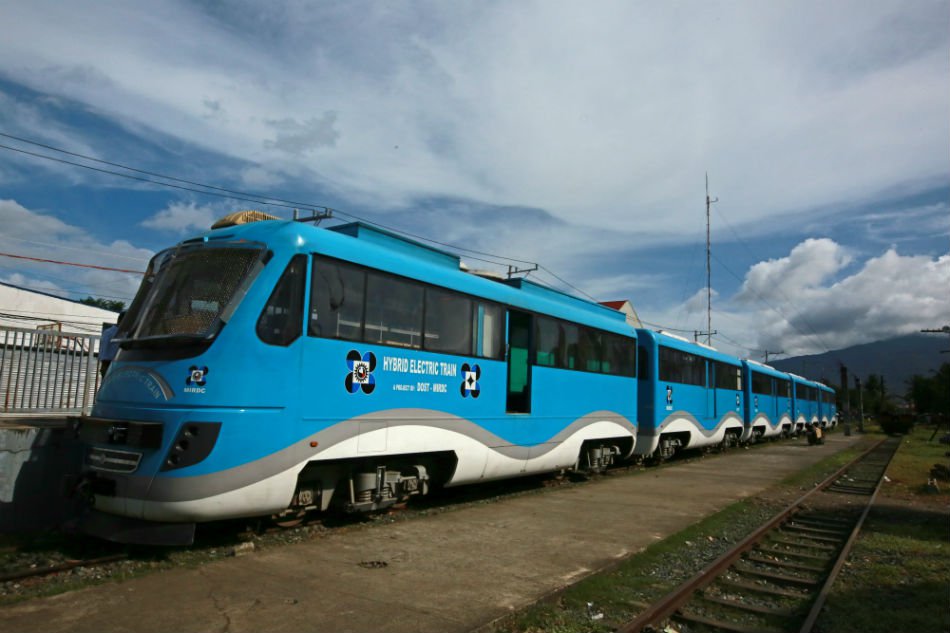 The Hybrid Electric Train (HET) was developed and tested for five years before it was deployed on the Philippine National Railway (PNR) tracks – stretching from Metro Manila to Laguna. Not only that its safe and reliable, it’s also air-conditioned, spacious (with 880 passenger capacity), and runs with the same technology that powers Toyota’s Pruis hybrid cars. It was deployed in the first quarter of this year in order to give relief to thousands of commuters who are having a hard time traveling to and fro their schools, work, and home.

This hybrid electric project began in 2012 when DOST was still helping PNR retrofit its fleet of locomotives. The idea of developing a new train instead of retrofitting then came into the picture. DOST then assembled a team of engineers (from various fields) to come up with a design for the HET as they found this to be more energy-efficient and environment-friendly. The design that these engineers came up utilized the use of diesel-powered generator, electric motor, bank of electrical batteries and “regenerative braking technology”. Through these, they were able to come up with a train that maximizes kinetic energy that converts into electricity which is then stored in 260 lead-acid batteries – which in turn help propel the HET for its automatic doors, air-condition, and on-board CCTV security system.

With the great number of mass transport projects in the Duterte administration, DOST specialist Pablo Acuin says that they are also looking into the possibility of tapping local engineers and fabricators for the supply and production of these massive infrastructure projects – PNR North 1, PNR North 2, PNR South Commuter, PNR South Long haul, Mindanao Railway Projects, and other prospective transport project for the country.