Did you know that the CEO and co-founder of Canva – yes, the online design platform – is actually a 32-year old, Filipina-Australian techpreneur? Melani Perkins became the youngest billionaire and third richest woman in Australia after successfully competing with tech titans Microsoft and Adobe in terms of product design. 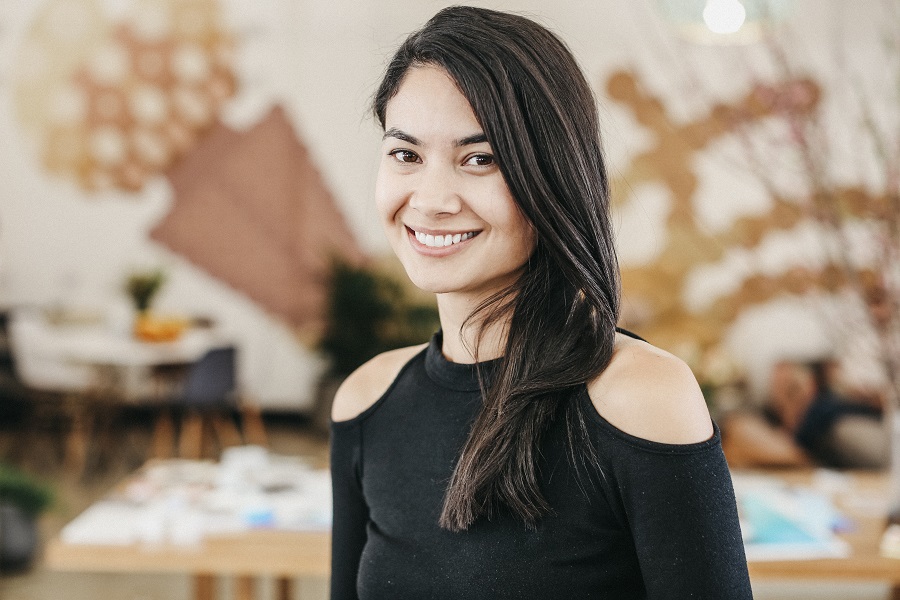 Canva is one of the most accessible and user-friendly free-to-use graphic design platform online which one can use in creating banners, logos, social media graphics, business cards, infographics, presentations, posters, and many other visual content. The main goal of Canva is to take the entire design ecosystem, integrate it into one page, and make it accessible to the whole world.

Other than being one of the richest woman in the Australia, what others things that we can learn from Melanie Perkins?

Before Canva, Perkins began a company that is focused in creating yearbook designs. Together with Cliff Obrecht, they launched a website that allows students to collaborate and design their own profile pages and articles. Once done, the couple then print the yearbooks and deliver them to schools in Australia. What is unknown to many is that this company was created in her mother’s living room. This yearbook company, Fusion Books, was a total success and remains operational until now. It has become the largest yearbook publisher in Australia.

While most individuals try to do away with the use of social media early in the morning, Perkins believes that reading tweets from her Canva community makes her energized and proactively inspired for the day. They have recently used the “Five Minute Journal” where they answer prompts and questions like “I am grateful for”, “What would make today great”, and so forth.

Perkins received her first break in 2010 when she chanced upon the Silicon Valley investor, Bill Tai. Living in Australia, it was totally difficult to get in touch with large tech investors because most are based in Northern California. When she lived for three months in San Francisco, she got to meet legendary venture capitalist who became totally impressed with her work and began began connecting her with his contacts!

Getting people to invest your business is surely difficult. But Perkins was able to get the interest of actors Woody Harrelson and Owen Wilson – after learning how to kitesurf. Both like her idea about Canva and invested to it.

With the help of their tech advisor and Google Maps co-founder, Lars Rasmussen, Canva began to stabilize in 2012. At the close of their first funding round, the company become overly-subscribed in a few month. It was such a success that their initial investment of $1.5 million was matched by the Australian government in a bid to keep the company in Australia. A year after, the site become more active and has allowed more subscribers to create online designs for free.

Business Insider included Perkins on their list of the coolest tech people in Australia in 2016. She ranked third to Scott Farquhar and Mike Cannon-Brookes – co-founders of Atlassioan, a multibillion dollar software company.

Surely it’s difficult to rule in the world dominated by men, but Perkins proved that it’s not impossible. According to Australian Financial Review, Perkins ranked No.17 in the 2018 Young Rich List – which highlights the country’s wealthiest young people from supermodels to entrepreneurs.

At present, as Canva’s CEO, she is reportedly worth $177 million.

Despite the pressures of work and growing the company, Perkins shares how equally important it is to carve out time for oneself – to go on away on holidays and weekends for adventure and brain break. This allows her to get refreshed and prepared for the next work venture.

Not only that the company supports many businesses and customers online, Canva is also actively participating in many charitable institutions. With Canva, she was able to fundraise for 25,000 nonprofit organizations.

Canva received $85 million funding in October 2019 from Silicon Valley investor, Mary Meeker. Perkins plans to use this additional funding to expand her growing team across Sydney, Beijing, and Manila. At the same time, they are also building the company’s paid services: Canva Pro and Canva for Enterprise.

At present, Canva is close to 2 billion designs in 190 countries, including the Philippines.