Desserts Pinoys Can’t Get Enough Of!

There’s always room for dessert. Whether you’re in a fancy restaurant or a karinderya down the road, there’s usually something sweet on the menu. Filipino desserts, like our culture, is a mixture of different influences. We use a lot of local ingredients, such as tropical fruits and root crops, to make our desserts. We also use a lot of milk-based products like cream, evaporated and condensed milk, and even powdered milk to make our desserts.

Below are ten of the most famous Filipino desserts that are worth trying. Whether you have a sweet tooth or not, these desserts will definitely give you a taste of the Philippines. 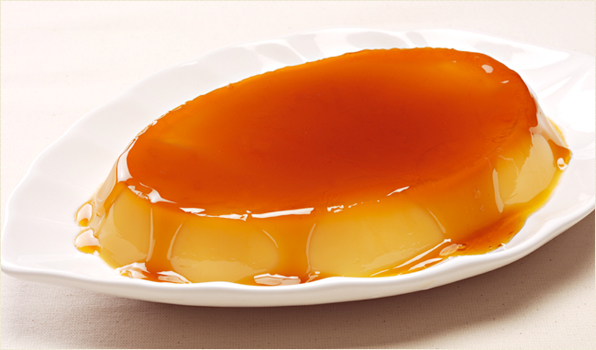 Leche flan is probably the most common dessert served in any Filipino restaurant or gathering. Think creme brulee, only with a firmer texture and over-flowing with caramel sauce. Leche flan is made with a mixture of eggs, vanilla, condensed milk, and evaporated milk. This custard mixture is placed inside a pan that has caramel in the bottom. It’s then steamed until the custard mixture is firm and the caramel turned into a syrupy sauce. It’s then turned out on a plater, chilled, and served. 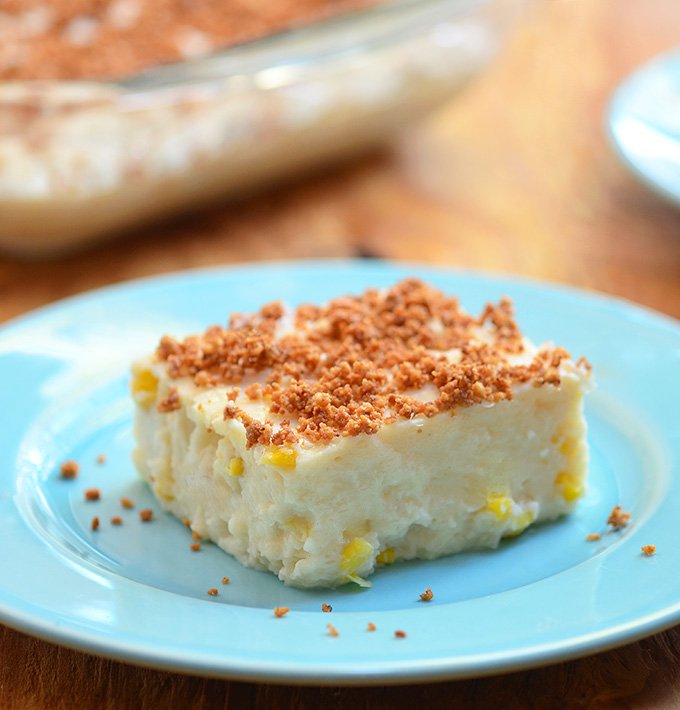 Another restaurant or gathering staple, it’s also one of the easiest and lease expensive deserts to make. Maja blanca is made by cooking coconut milk, canned sweet corn and sugar with a bit of corn starch slurry until it turns into a pasty consistency. The mixture is laid out on a sheet pan and cooled. Once it cools, it has the consistency of jelly, so it can easily be cut into squares or bars. Before serving, crushed peanuts are sprinkled on top for an added crunch. Yema is made with condensed milk, evaporated milk and egg yolks, cooked slowly until it turns into a paste-like consistency. Once the mixture is cool, it’s rolled into small balls and coated with sugar before being individually packed. These are often sold in sari-sari or convenience stores in the Philippines as a small treat. Yema can also be used as fillings for cakes and pastries. Since it’s very sweet, a little serving goes a long way. 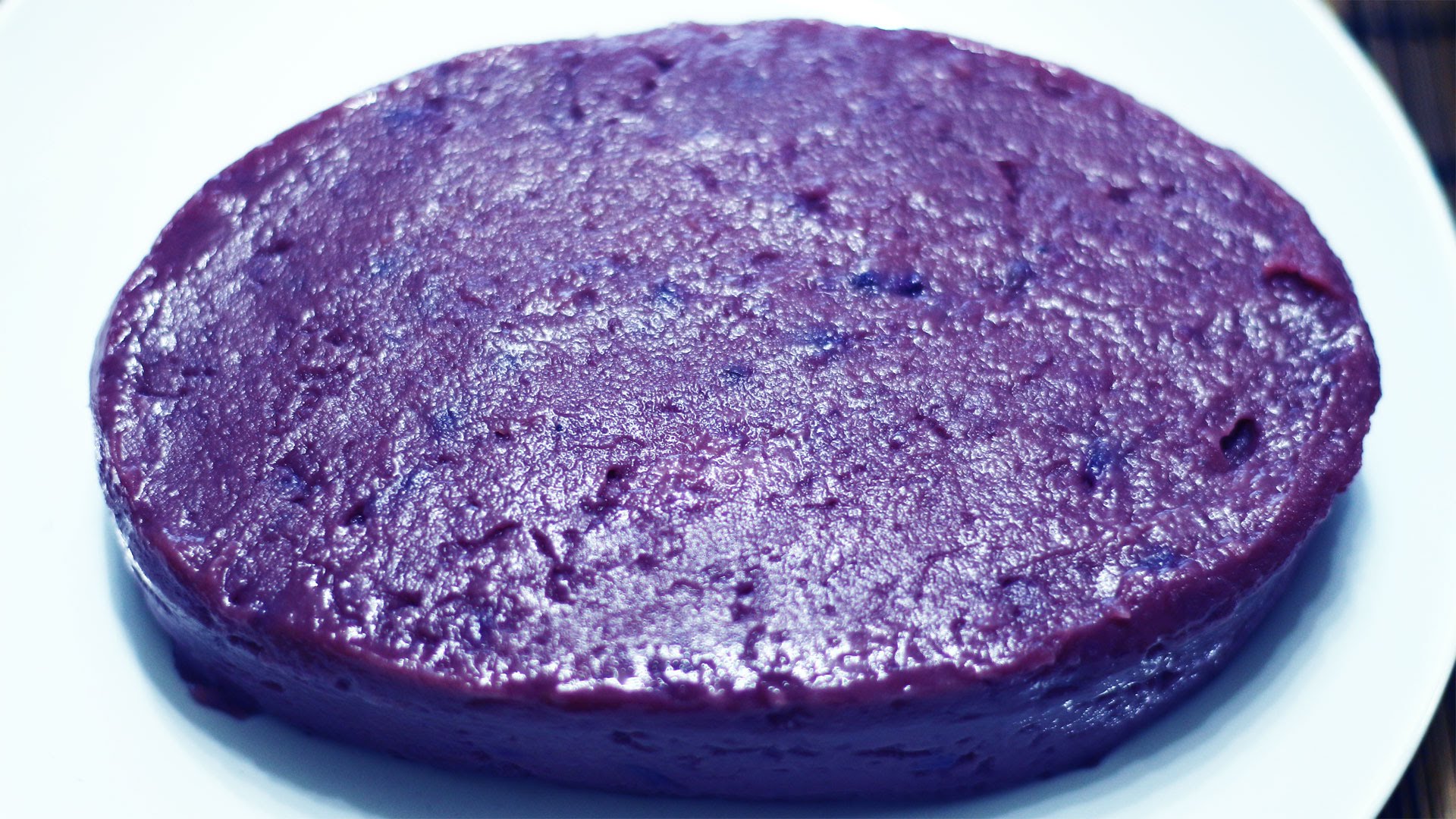 Purple yam, locally known as ube, is the main ingredient for this dessert. The ube is first boiled, much like a potato, and then mashed into a paste. Some undercook the ube and grate it into small pieces to give the final product more texture. Brown sugar, condensed milk, and evaporated milk is added to the ube. The mixture is then heated with a few tablespoons of butter. Once it turns into a pasty consistency, it’s transferred to a serving dish and chilled. Ube halaya has the same consistency as maja blanca, but the ube’s purple color really makes it stand out. 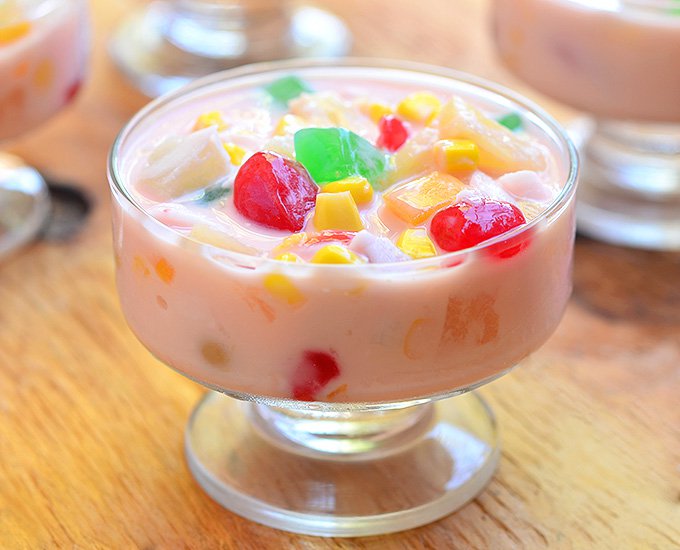 Another crowd favorite, every Filipino family has their own version of buko or coconut salad. When making this, use young coconut. A coconut grater is the best tool to use to get the meat out. You end up with long strings of coconuts that give the salad that distinct look and mouth-feel. Other must have ingredients are cream, canned fruit cocktail, and condensed milk. People add their own secret ingredient to their buko salad. Everything from raisins to cheese can be added to the mix. 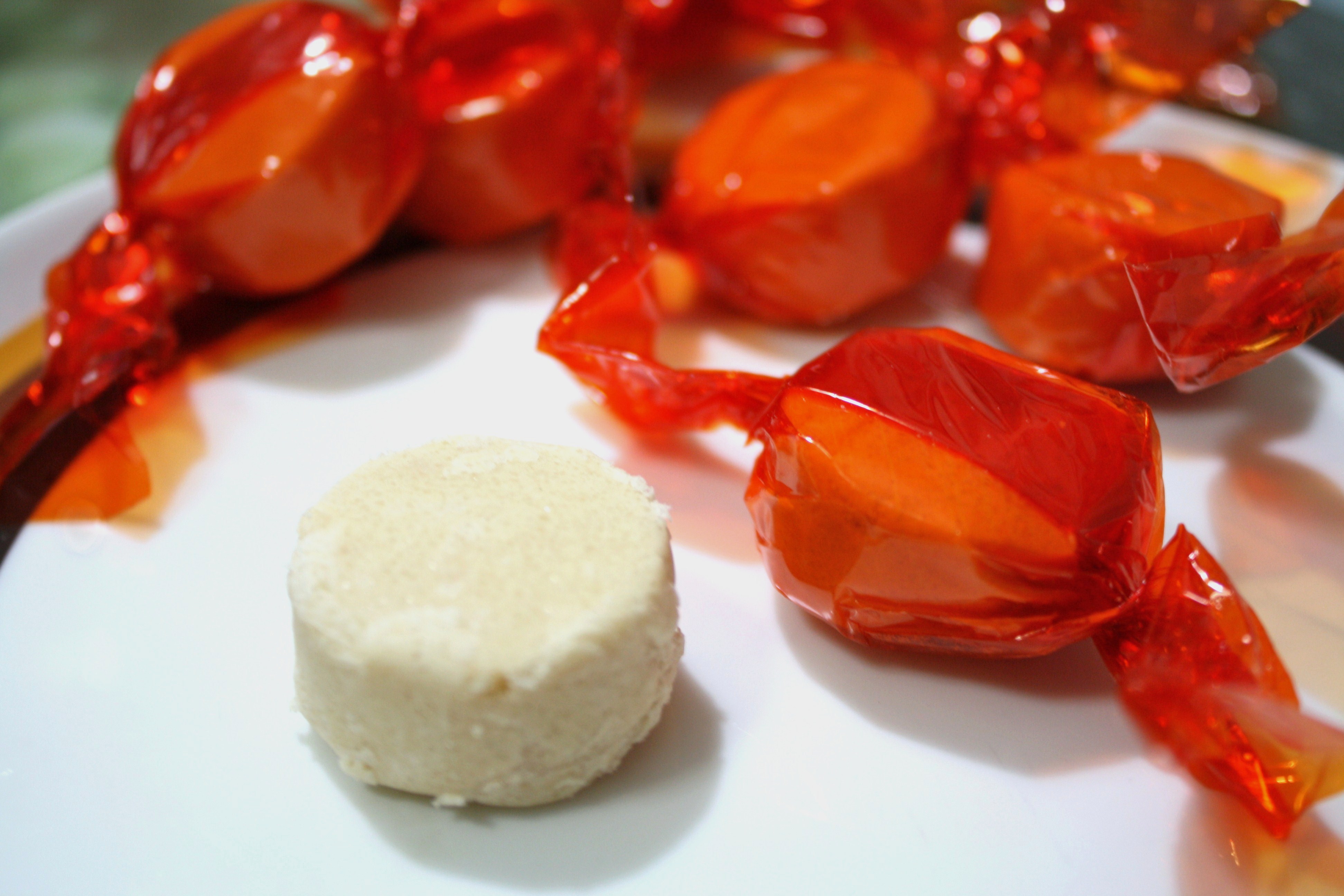 Like yema, polvoron is often eaten as a treat rather than an actual dessert. It’s similar to a short-bread cookie, only it’s more crumbly. This is made with powdered milk, sugar, flour, and butter. The flour is first toasted in a pan to remove that raw flavor and give it a nutty taste and scent. It’s then taken off the heat. The powdered milk, sugar, and melted butter is then added. Ingredients like pinipig, crushed cookies, and nuts are also added to give it more flavor and texture. You’ll need to use a polvoron mold to make the actual cookie. Pack the mixture into the mold and it should be easy to pop out. 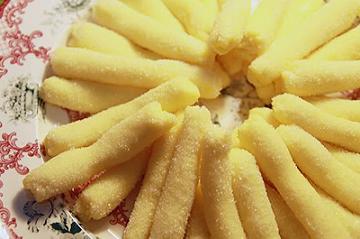 A pasalubong favorite, pastillas is a soft, chewy milk candy made with powdered milk and condensed milk. The powdered milk is mixed with the condensed milk until a soft, sticky dough is formed. It’s then rolled into little balls or logs, then covered in sugar. The name is Spanish for “milk pills” or “milk tablets”, which describes these little milk morsels perfectly. Making this dessert is like making a flourless cake. Grated cassava, better known as tapioca, is mixed with butter, condensed milk, evaporated milk, grated cheese, sugar, and eggs. Coconut milk is also added to the batter. It’s placed in a baking pan and baked in the oven for about an hour. A topping made with a little flour, sugar, condensed milk, cheese, and coconut milk is added to the top of the cake after it has baked. The topping is then broiled for a few minutes to give it a golden-brown finish. 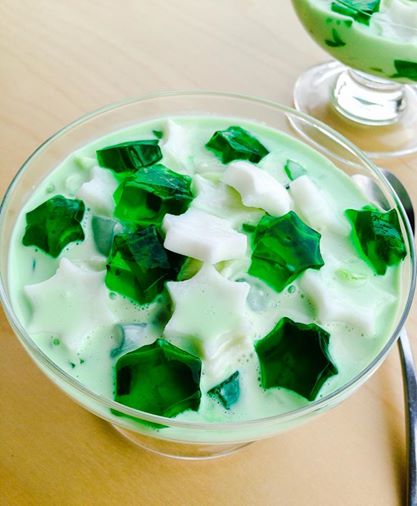 Like the buko salad, every Filipino family has their own version of buko pandan. Young coconut is mixed with cream, condensed milk, and pandan jelly. This is made by boiling the leaves of the pandan shrub, a fragrant plant commonly found in Southeast Asia. Gulaman or Agar sheets are then added to the water. It’s then placed in a sheet pan to cool and solidify. The jelly is then cut into small cubes. Common ingredient added to this dessert are sweet, ripe mangoes and tapioca balls.