10 Wild Plants in the Philippines You Can Actually Eat (Forage)

Foraging may be an unpopular concept for Filipinos who thrive on what groceries, carenderia and sari-sari stores offer, but when you visit some of the less adulterated places in our country, or even scour your own backyards, you might be surprised of the availability of food that’s freely given by Mother Nature.

Our country has so much to offer being so abundantly blessed with natural resources. If anything, no Filipino should go hungry because the land and the sea provide large amounts of edible things to eat.

Anyhow, rapid industrialization and reckless crop cultivation have eaten away acres upon acres of good lands and have greatly damaged our marine resources, so we end up eating mostly cultivated and processed food items. Still, it’s possible to find wild, edible plants somewhere that we can forage at no cost at all.

While we don’t pray for a zombie apocalypse or a third world war to happen, we know that our country is rich in food sources that we can freely harvest or forage. And these ten here is but a short list. 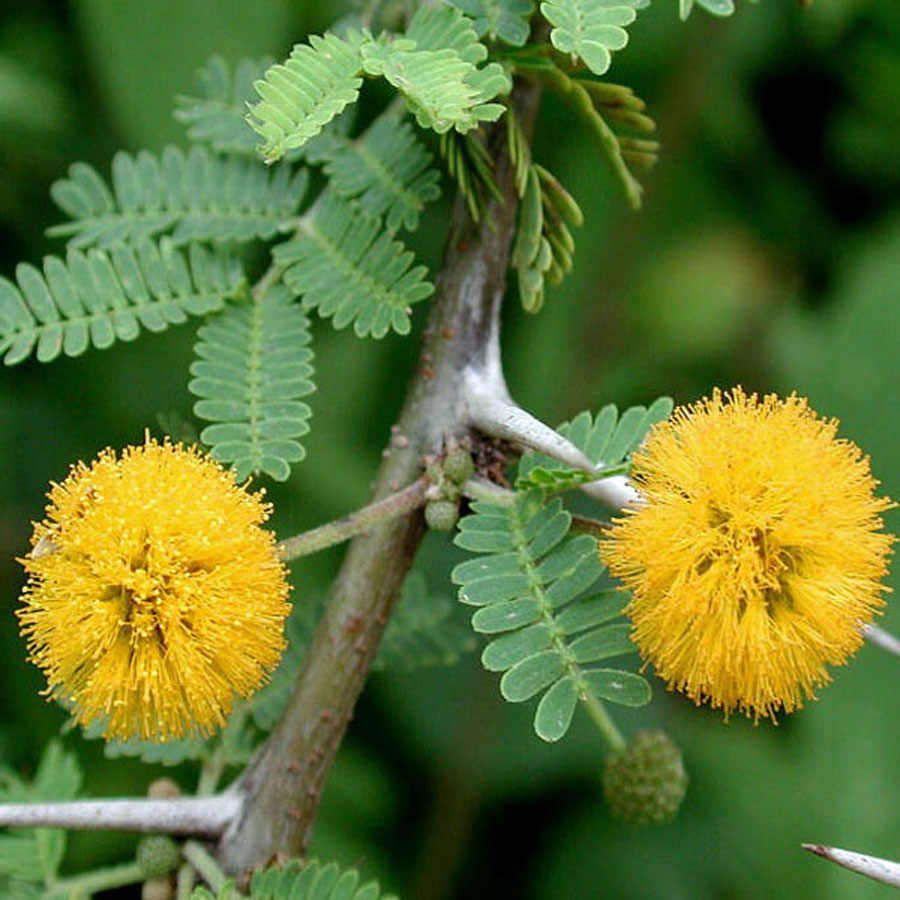 Acacia is a short tree with spreading branches covered in spines and tiny, alternate compound leaves. The flowers are like balls in shape of bright yellow and emit a sweet smell. It bears pod-like fruits that turn dark brown like the tamarind.

Habitat: The tree grows throughout the tropics such as Africa, Southern Asia and Australia, and likes sunny, open areas.

Edible Parts: Harvest the young leaves, flowers and fruits – they are edible raw or cooked. Just make sure not to eat the fruit in large amounts because of its laxative effect. 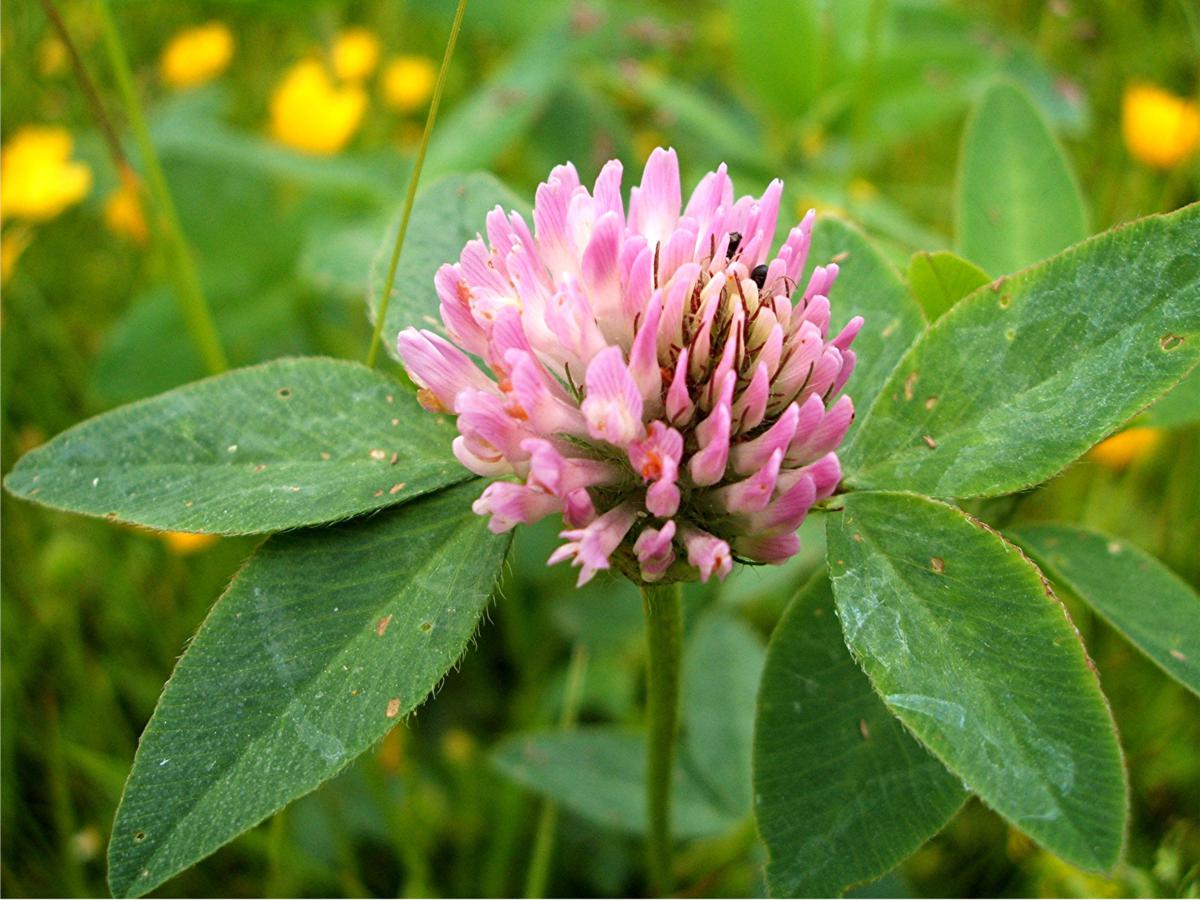 You see these weeds in yards and gardens, often as part of landscaping project. But besides being beautiful, red clovers are edible, too. They are short-lived, perennial plants that can grow up to 80 cm tall. The leaves are alternate with three leaflets with dark pink dense inflorescence flowers, which are a favorite of bumblebees.

Habitat: The herbaceous plant is a native to Europe and Western Asia, but is found anywhere else due to wide cultivation.

Edible Parts: Harvest the flowers – they are edible raw or steeped in hot water to make tea. The leaves and flowers are also great for making salads. 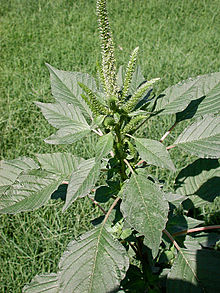 The pigweed belongs to the family of Amaranths – short-lived perennial plants that are often cultivated as leaf vegetables, but many of them are treated as ornamentals or weeds. Like other amaranths, the pigweed is edible and nutritious characterized by its dark green leaves with elongated diamond shape, elongated inflorescent flowers.

Habitat: The pigweed originates from the southern part of North America, but is now highly propagated in many parts of the world due to its resilience – resisting drought, overcoming other crops, and resisting herbicides.

Edible Parts: Although the entire plant is edible, the pigweed’s leaves are most commonly harvested, eaten raw or cooked, or turned into tea. The seeds are very nutritious, and the seed grain may be converted into baking flour, roasted for flavor, or grown as sprouts for salads. 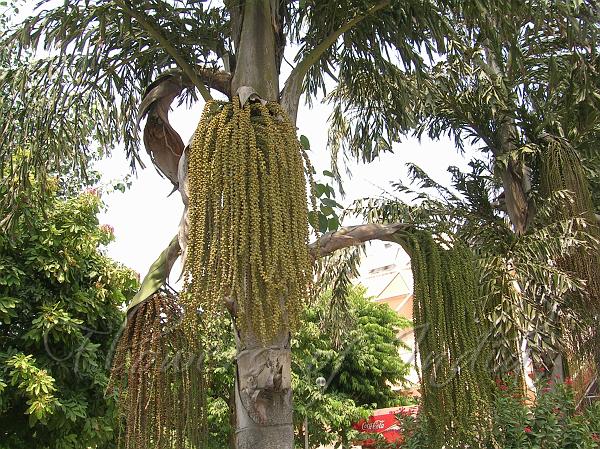 They often grace our yards and parks. Fishtail palms look pretty in gardens, but like many other palm species, they are great sources of food. They are big trees that extend up to 60 feet tall with leaves like usual palm trees, and large flowering shoots that hangs downward like a withered broom.

Habitat: Fishtail palms are native to Asian countries like India, Myanmar, and the Philippines, and thrive mostly in open, hilly and jungle areas.

Edible Parts: The trunk of the fishtail palm provides large amounts of starch. Harvest the flower shoot for its juice – drink it raw and fresh, or boiled to create thick sweet syrup. The palm cabbage or heart of palm is edible raw or cooked. 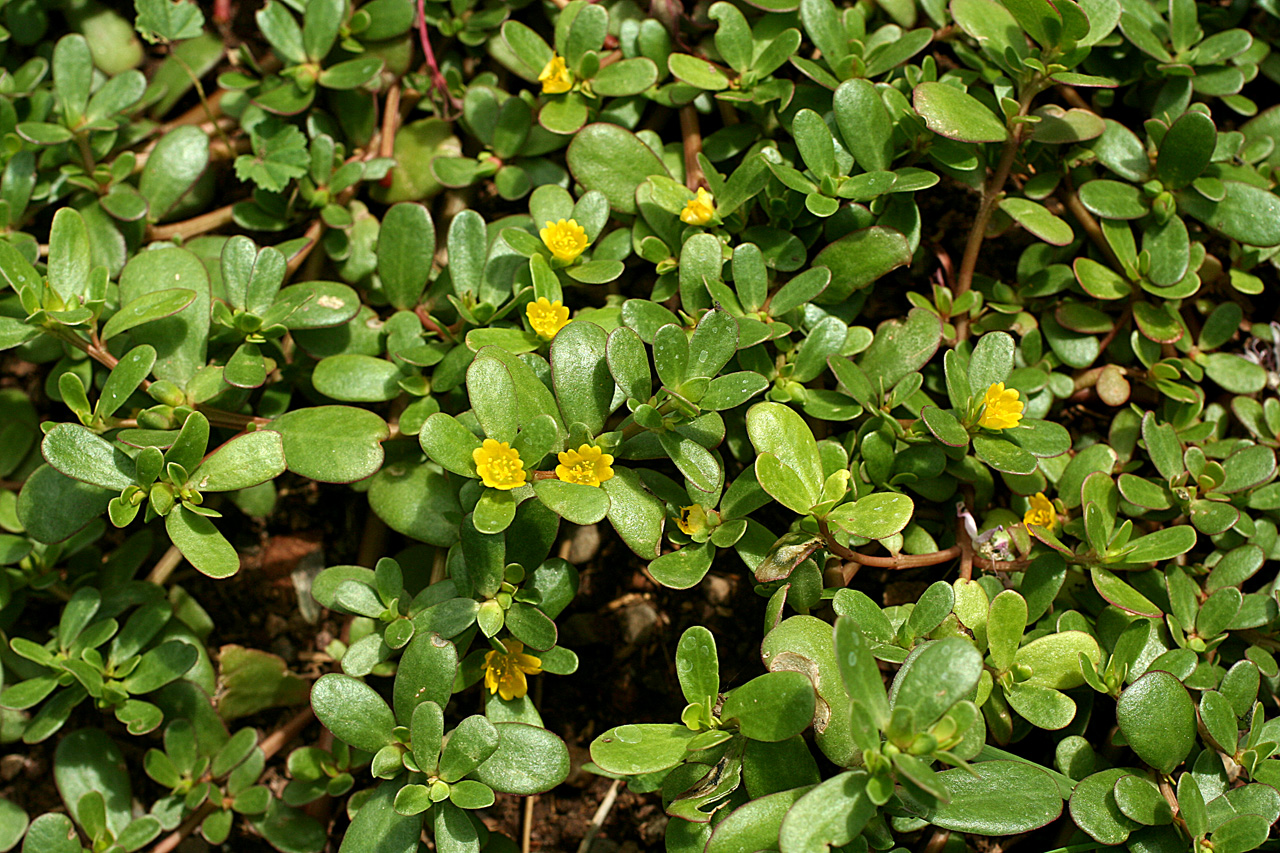 Although widely considered a weed, purslane is actually an exotic culinary ingredient and classified as leaf vegetable. The annual succulent plant grows close to the ground, reaching only about 16 inches tall, with dainty flat, alternate leaves and fragile yellow or pink flowers.

Habitat: Purslane is cultivated in sunny fields and weedy areas in many parts of the world including North Africa, Middle East, India and Australasia.

Edible Parts: Rich in vitamins and minerals, you can eat practically all parts of the plant, just give it a good wash. Boil it, sauté it, or eat it raw. The black, tiny seeds may be used as flour substitute or eaten raw. 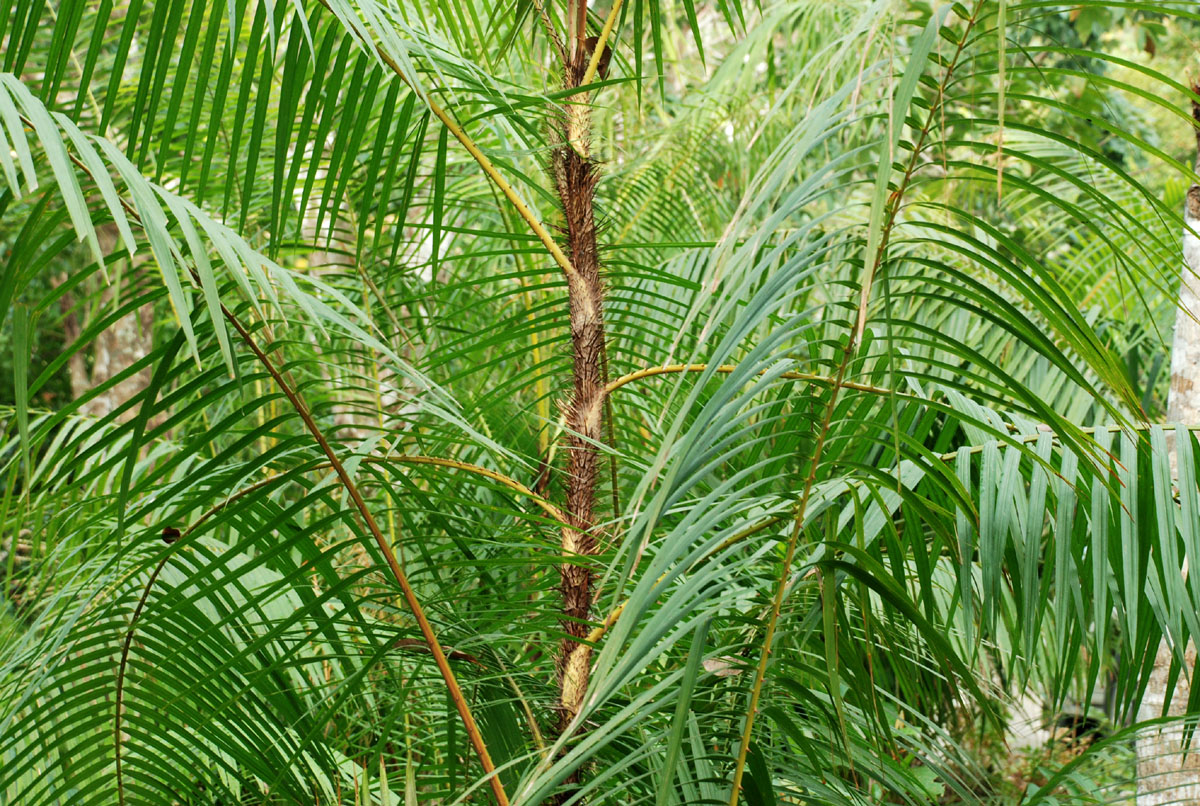 While we may know of rattan as a material for making baskets and furniture, rattan palm is also a great source of food for foragers. A stout, robust climber, the rattan attaches itself to trees via the spines and grows hanging in the forest like a vine. The spines must be removed before the edible stem can be harvested. Rattan has alternate, compound leaves, whitish or yellowish flower, and a bunch of round fruits that look like green pinecones. It grows up to a hundred meters long or more.

Habitat: Rattan is widely cultivated in Indonesia, but is also grown in Bangladesh, Malaysia, Philippines, and Sri Lanka. It thrives in tropical rain forests.

Edible Parts: The rattan has starchy young stems, which may be eaten cooked or raw, while the palm heart may also be eaten cooked or raw. The fruits contain seeds surrounded with gelatinous pulp, a red resin called dragon’s blood, which tastes like citrus. Rattan also provides potable water by trimming the ends of its long stems. 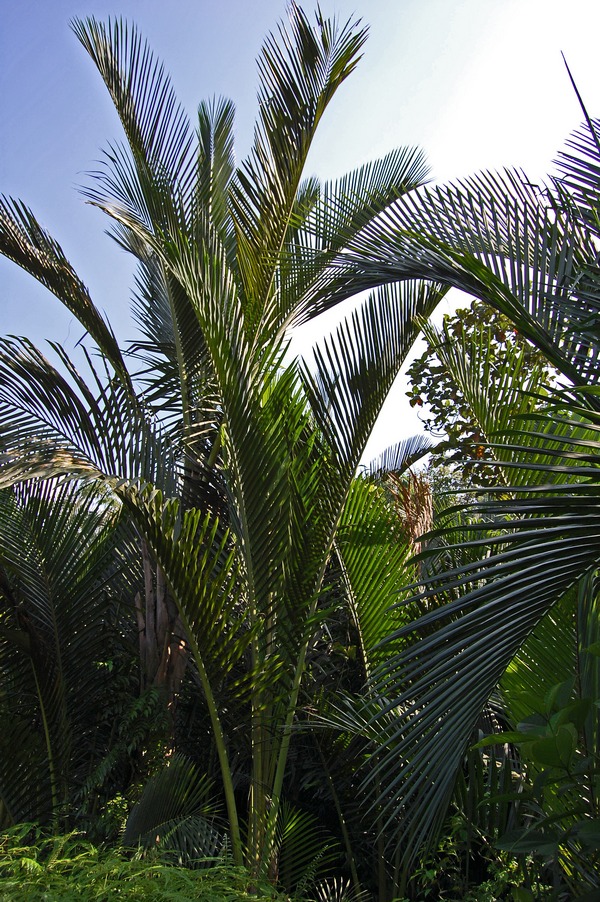 Sago palm grows from 7 to 25 meters long before it ends with a massive, upright terminal inflorescence. It has pinnate leaves up to 10 meters long, each consisting of 150 leaflets at 175 centimeters long. The flower pairs spiral on the third-order branches, consisting of one male and one hermaphrodite flower. Its drupe fruit is covered in scales, and turns from green to brown at maturity. The outer rind is very thick about 2 inches and hard, which encloses a spongy, starchy inner pith.

Habitat: Like many palm species, the sago palm grows abundantly in tropical rain forests along rivers and lakes such as those in the Indonesia, New Guinea, Malay Peninsula, and Philippines.

Edible Parts: Before bearing flowers, the trunk when cut provides sago enough to feed one person for a year. To make sago, cut the mature trunk of non-flowering sago palm lengthwise, with the inner pith harvested and pounded finely. Knead the pounded pith in water and strain through a cloth into a container. Let the fine sago settle at the bottom of the container, decant the water and dry the sago. The dried sago can be cooked like grain or cereal. The upper trunk can be roasted in chunks and eaten. The palm’s young nuts and shoots are edible, too. 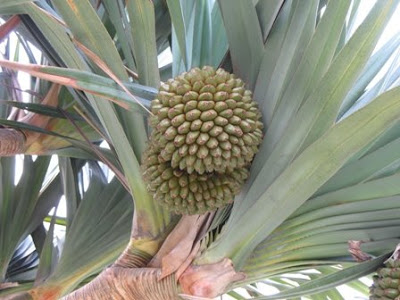 You often see them in rain forests and even along mangrove forests. The screw pine is unmistakable with its roots suspended in midair like stilts. The trunk is shrubby, growing up to 9 meters long and the leaves are stiff and have saw-like edges. The fruits are round and rough, like those of pineapples, that turn from green to red or orange when ripe.

Edible Parts: Harvest ripe fruits and separate fruit segments from the rough shell. Eat the inner flesh of fully ripened fruits. Cook not fully ripened ones by wrapping them in thick leaves like banana leaves and boil for 2 hours until tender. 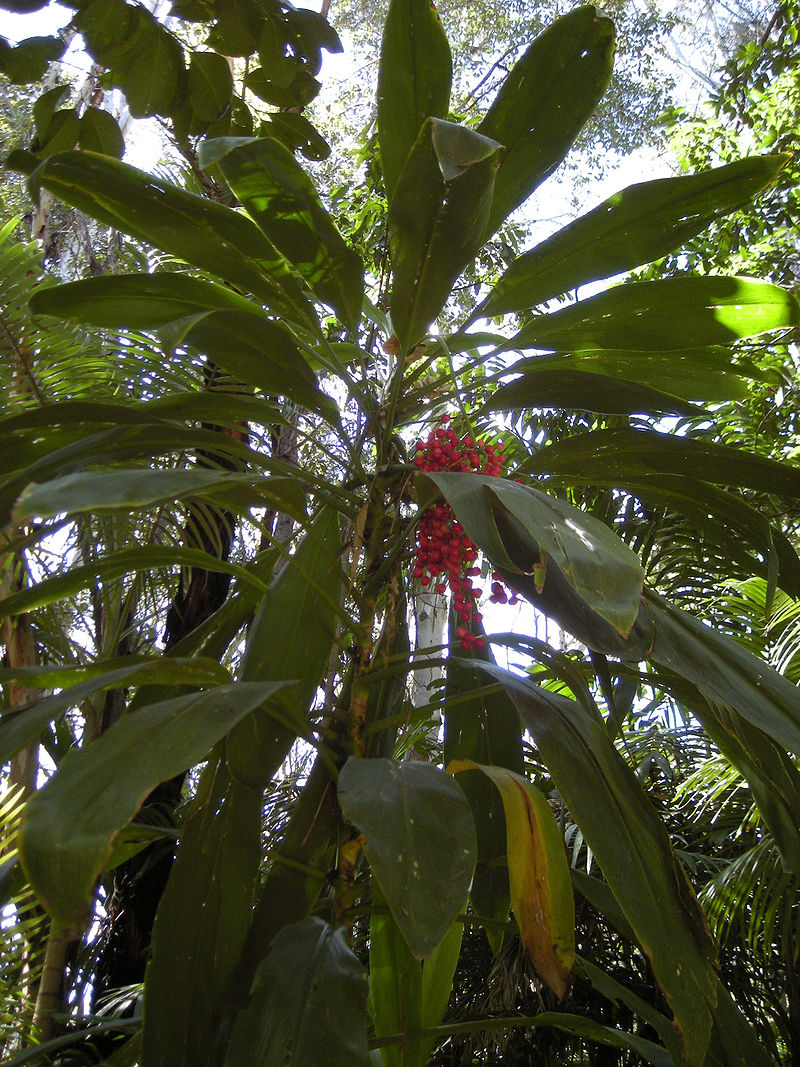 The Ti is an ornamental shrub characterized by smooth, hairless, elliptic leaves up to 2 feet long that come in various colors including green, red, purple, pink, yellow and brown, or a combination thereof. It has numerous, small lobed flowers branching and drooping from the plant’s top, followed by tiny, round, shiny, red fruits. It can grow up to 15 feet tall.

Habitat and Distribution: Ti is native to the Far East, and grows wild, but is now grown in various places around the world, particularly in tropical locations like Australia, Asia, and Micronesia for its ornamental properties.

Edible Parts: Ti roots and young leaves are sources of survival food containing lots of starch. Eat them boiled or baked. In Hawaii, the tuber-like rhizomes or roots are fermented and distilled to make okolehao, an alcoholic beverage. The leaves are used to wrap other food items for steaming or roasting. Ti leaves are long lasting and used as plates, cups, rain capes, thatch, hula skirts, sandals, ropes, and leis. 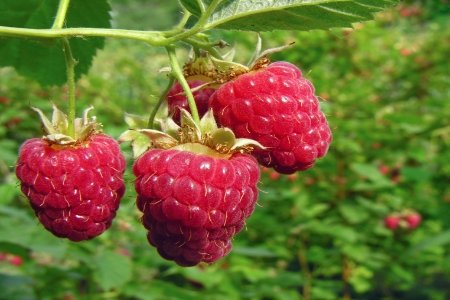 Also known as Sapinit or Tungaw-tungaw, the Philippine wilderness grows abundant prickly shrubs that grow up to 6 feet that bears whitish flowers and tiny, red fruits resembling that of raspberries. The fruit is hollow with a tangy, strawberry taste.

Habitat: The Philippine wild raspberry grows mostly in the wild, along cliffs and overhangs, along with tall grasses and bushes.

Edible Parts: Harvest ripe fruits and eat them raw, or process them into jam, juice or wine. The fruits are a good source of phytochemicals that helps fight cancer cell growth and development of Alzheimer’s.

Are you excited to do some foraging? Isn’t it exciting that the palms and foliages we often use as ornamentals are actually rich sources of survival food? We don’t mean you should go and harvest your Ti plants for food, just that when you think you don’t have anything to eat, at least you know ten sources of survival food as listed here.

Now that you know ten plants you can forage, let your friends know about this list, as well. You can start a foraging exercise at the nearest rain forest, or in your own backyard. Have fun foraging!