We’ve heard so many horrible stories about kasambahays or helpers stealing jewelries and money, maltreating their ward, or worse killing their employer. Some are hearsays, but others are real. 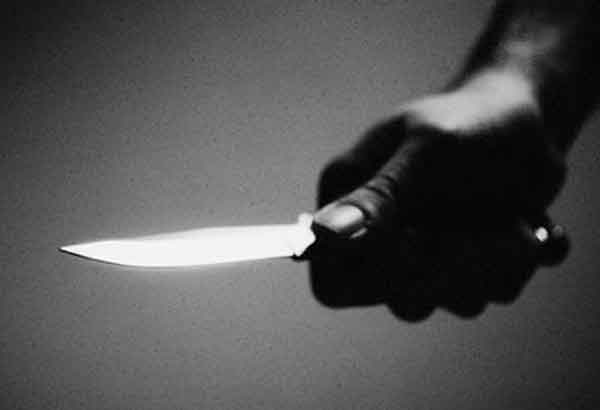 [Warning: The following are true stories based on media reports. Most of them are about gruesome murders. You may never see your kasambahay the same way again.]

A certain Jose Danggoy took his employer’s SUV on the road while drunk, hit a taxi and a pedestrian before slamming onto a post. Upon investigation, police found that Danggoy drove the SUV without his employer’s permission. Danggoy was severely injured, and his boss’ SUV was badly damaged, too.

Police caught Ramona Avila bringing a paper bag containing around P1.8 million cash supposedly stolen from her elderly employer. When asked why she had so much cash with her, Avila said she was only “helping” her employer’s sons who had a misunderstanding with their father. Avila added that one of the sons asked her to steal the money. Avila had already spent at least P40,000 of the stolen cash when she was arrested.

Children are such picky eaters, and some yayas just can’t stand them.

Because “Lea”, a three-year old girl, wouldn’t eat properly, her sitter, Jenny Balida, 21 years from Zamboanga, slapped her. To keep the parents from hearing the child’s cry, Balida covered Lea’s mouth, impeding the child’s breathing. This happened while the other two sitters were also feeding Lea’s siblings. One of the co-sitters reprimanded Balida, which led to a catfight, and the commotion alerted the employers (children’s parents).

Two young men Jasper Bais, driver from Pasig City, and Mandy dela Cruz, houseboy from Pangasinan, initially planned to rob 55-year old woman. But when their frantic search around the house proved futile, they reportedly resorted to raping their elderly employer instead.

As a single dad, Paul hired Effeminate Juan Gonzales (aka Saddam, Sandara, Sandra at Jazz) as nanny to his young son, Gab, while he’s out making a living. Gonzales lived with the family for seven years, but Gonzales wasn’t the best of nannies. He would often go on extended leaves, and one time peeped at the young Gab taking a bath. Paul decided to fire Gonzales.

All was well for a while, but during a small neighborhood party, Gonzales got so drunk. At 1am that night while Paul went to the market, Gonzales allegedly went inside Paul’s house through the kitchen, got a knife, and killed Gab. Because Gab’s dead body was naked, police considered the possibility of rape with homicide.

Elsa Rose Napingkit, 18, from Bulacan, stabbed her employer, Jocelyn Garcia Isidro, 46, to death at the latter’s house in Balanga City, Bataan, and fled with the victim’s jewelries, ATM cards, passport and bag. According to the report, Napingkit was about to be fired after being caught stealing money from the girlfriend of Isidro’s son.

A certain Caridad reportedly used a bread knife to stab and kill her employer, Remedios Bernal Cabrera, 75, after the two had an altercation over some lost money. Caridad stabbed Cabrera twice on the chest, which led to her death, and ran off with P100,000 in stolen cash.

Genny Romano, 22, Christian Benedict Lagatao, 20, John-John Basa alias Romelie, 22, Jeriel Cadelina, 21, Felipe Quillope, 47, Jacob Mendiola, 19, at Micahel de Guzman are suspects to the murder of Corazon Merrera, 80, a retired judge residing in Dagupan City. Merrera was an abusive employer, one of the suspects revealed. When the seven had had enough, they stabbed Merrera multiple times and killed her.

Calamba City police arrested a 17-year old housemaid suspected of murdering Mark Daniel, 18 months old baby, and Teresita Beth Torres, her co-house helper, and of wounding Cecilia Sindai, the suspect’s employer. Sindai told police that the teenage housemaid was with four other suspects, including Kevin de Vera, the family’s former driver. Police reported that some of Sindai’s valuables were missing after the crime.

In the 1970s, Belinda Lora, a babysitter, secretly murdered a two-year old boy and dumped the body in the attic of the couple’s house in Davao City. With the boy’s death unknown to the parents, Lora then asked ransom money supposedly in exchange for the boy. However, the victim’s dead body was found a few days later, and the couple filed a murder case against Lora, who was eventually convicted and sentenced to death.

This isn’t to judge and to generalize, but mag-ingat kay yaya! (Beware of your sitter!) Always, always investigate the background of people before you take them into your home as helper, laundry woman, driver, or babysitter. Better safe than sorry. Still, no one can know for sure whom to trust. We can only hope that the people we call kasambahay are those who will sincerely be with us in our homes (kasama sa bahay) and in our lives (kasama sa buhay).

Care to share your not-so-great experiences with your kasambahay? It would surely be a good warning for others (so long as these stories are true, we don’t want to spread rumors here). If you know of a kasambahay who we should all be cautious of, please share them in the comments section below.