10 Pinoy Writers Who Has Shaped Philippine Culture Like no Other

You can call them most influential. Some call them most controversial. No matter what you call them, you can’t discount the fact that these writers have contributed to Pinoy culture as we know it more than any other, directing a whole nation’s attention like a master puppeteer. 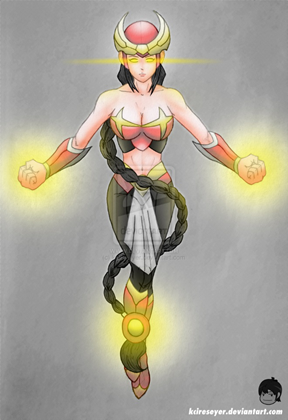 Behold, 10 story-smiths whose printed word has changed Philippine history like no other: Perhaps more than any writer worth his name in salt, Mars Ravelo is the most prolific of all comic strip creators. It was during his heydays that the “Golden Age of Comics” flourished. And to his credit, he has made numerous characters come to life, many of which has been ingrained in Philippine culture.

To name a few we have Darna, the Philippine equivalent to Wonder Woman of the US and Dyesabel, the name of the mermaid that has been a household word in the country. Both Darna and Dyesabel are superheroes that have been cast in TV shows and various films. Ravelo’s talents have made him the highest paid comic writer during his time. 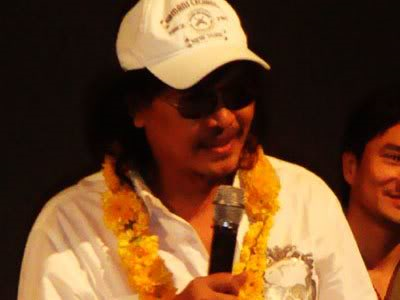 And there is Carlo J. Caparas, another writing genius who along side Ravelo has enriched Filipino culture dramatically. His character creations have been turned into blockbuster films. Most noteworthy is the Panday series, a blacksmith out to fight the evils of society be it the folkloric aswangs or the evil wishes of man. Panday has been immortalized by the late Fernando Poe Jr.

What sets Carlo J. apart is he has delved into directing and producing films and is also a widely-acclaimed film director. In 2009, he was awarded the much-coveted National Artist Award by the Philippine President. 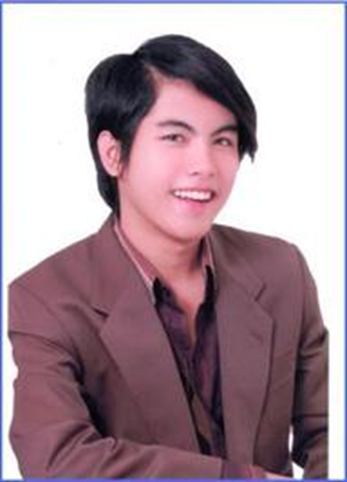 Youngest in this A-list is Louie Mar Gangkuangco who at the young age of 18 shocked the nation of his budding talent when he published his debut novel Orosa Nakpil Malate. Centered around the gay culture in the streets of Orosa and Nakpil, the novel was phenomenal becoming a bestseller months after its introduction to the public. Because of this, the young writer was awarded the Y Idol Award (Youth Idol Award) by Studio 23’s Y Speak.

And only a year after being published Orosa Nakpil gained even more grounds, entering the Best Selllers List of National Book Store in 2007. The book gained the 8th spot, topping even such world-renowned authors as Steve Berry and Kiran Desai. 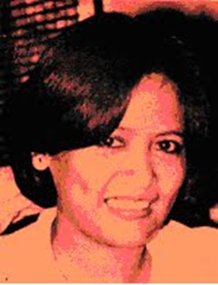 When you talk about extraordinary love stories, you have to give credit to Gilda Olvivado who in the 70’s created such a remarkable literary work. Among her most known works are novels Sinasamba Kita and Babangon Ako’t Dudurugin Kita. Added to this, the gifted writer has tried her hand as a screenplay writer putting the words together for such blockbusters as Saan Nagtatago ang Pag-ibig. FAMAS quick to agree of the prized talent recognized her story as the best. 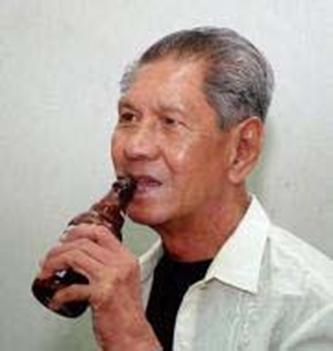 Another name who time and again has been a household word in the world of literature is Nick Joaquin, one of 10 children of a colonel who served General Emilio Aguinaldo in the 1896 Revolution. Credit it to his enterprising mother Salome Marquez, a teacher of both English and Spanish who read poems and stories to the young boy, Nick soon found his interest for writing. The talent was soon to be honed to perfection when he indulged himself in reading widely at the National Library of the Philippines and at the library of his father who at that time became a successful lawyer post-revolution.

His writing skills were further honed when he was awarded a scholarship to St. Albert’s Convent in Hong Kong by University of Sto. Tomas for winning the nationwide essay competition sponsored by the Dominican Order. His works include poems, stories and plays written under his pen name Quijano de Manila. He was also a great fan of Rizal and paid tribute to the fallen hero by writing such great books as The Complete Poems and Plays of Rizal.

He was conferred the National Artist Award for his exemplary writing but he soon caught the ire of the Marcos regime when in a speech in a ceremony at Mt. Makiling, Joaquin delivered a touching invocation to the mythical maiden Maria Makiling that above all things pounded on the importance of freedom and the artist. He was never invited to any cultural event after that. 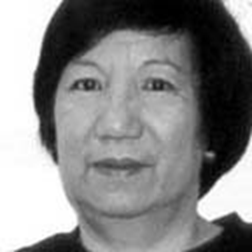 For sheer influence, Lualhati’s works has graced the film industry with blockbusters such as Bata, Bata, Pa’no ka Ginawa and Dekada ’70. Her screenwriting works has produced such fine screenplay as Sakada (seasonal sugarcane workers). Her awards pile up a true testament to her genius.

Some of these awards include: Metro Manila Film Festival Best Story and Best Screenplay; Film Academy Awards for Best Story and Best Screenplay and Star Awards Best Screenplay. Added to this 2 of her short stories have won her the prestigious Carlos Palanca Memorial Awards for Literature. And in 2006, Bautista once again made another milestone as she was awarded the Diwata Award for Best Writer by no less than the 16th International Women’s Film Festival of the UP Film Center. 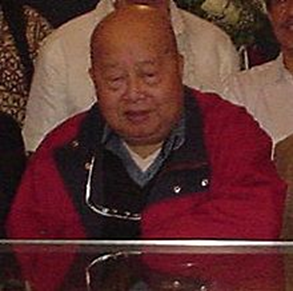 One of the most widely-read Filipino writers utilizing the English language, F. Sionil Jose has shown his mastery over novels and short stories over time. What makes his stories unique is they depict society’s ills, the poverty and class struggle. As a testament to the popularity of his writings, his works has been translated to 22 languages, Korean, Indonesian, Russian, Latvian and Dutch just to name a few.

He has also done his share of paying tribute to Rizal coming out with such phenomenal works as the 5-volume Rosales Saga. In 1980, Sionil received Asia’s equivalent to a Nobel Prize, the Ramon Magsaysay Award for Literature. 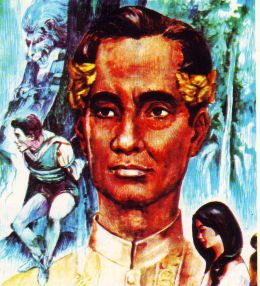 Our list will never be complete if we fail to mention one of the most widely-acclaimed writer of long ago, Francisco Balagtas who was born Francisco Baltazar. His works as a Filipino poet are so valued many have equated him as the Filipino Shakespeare. And it is the most epic Florante at Laura that has come to immortalize Francisco in the annals of history.

Learning the ropes from Huseng Sisiw, nom de plume of Jose de la Cruz, Baltazar would soon find inspiration when he met Maria Asuncion Rivera in 1835 somewhere in Pandacan. He may have lost his one true love after he was imprisoned by virtue of sheer manipulation from his wealthy rival Mariano Capule, but the time at prison gave him his most enduring novel Florante at Laura. Today, Balagtas name is forever etched in the Filipino universe as Filipino debate in extemporaneous verse is called Balagtasan. 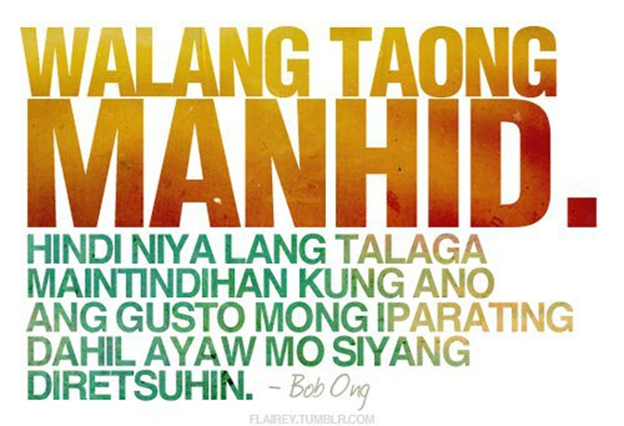 And for sheer influence a contemporary author known only to many by his pseudonum Bob Ong has risen to catch the attention of Planet Philippines. Though wrapped in humor, his six books are a microcosm of Philippine society depicting various Pinoy culture and tradition in vivid detail.

His works are considered Pinoy classics even when the real Bob Ong has never really been made public. To date, his published works have reached a quarter of a million in copies. Tough act to follow! The man of the hour, the one whose writing has made such a dent to Philippine history it has become the very instrument that defined it, Jose Rizal. And his genius is so inspiring it would leave many Pinoys breathless. From being a prolific essayist to a gifted novelist, his most important works became the fire that lit the revolution, Noli Me Tangere and El Filibusterismo. Both showed his unrivalled talent putting any Spaniard educational superiority in direct question.

Nobody in history has outdone Rizal in influence and no writer has been so filled with stunning controversy as the diminutive doctor of the eye.

Start the conversation. Let your mind out and drop 2-cents worth of your time at the magic box below. Dubbed the Comments Section. And for all of your social media fan-dom, worry no more. Just press the Quick Share buttons and you’re good to go.