The Philippines in rich in history and tradition. As we became colonized, traditional traits and beliefs mixed into Spanish culture and Christianity forming new traditions that some of us still observe today. However, as globalization takes over our colonial past, these traditions are slowly dying down.

Below are a few Filipino traditions that are hardly being performed in the modern times. 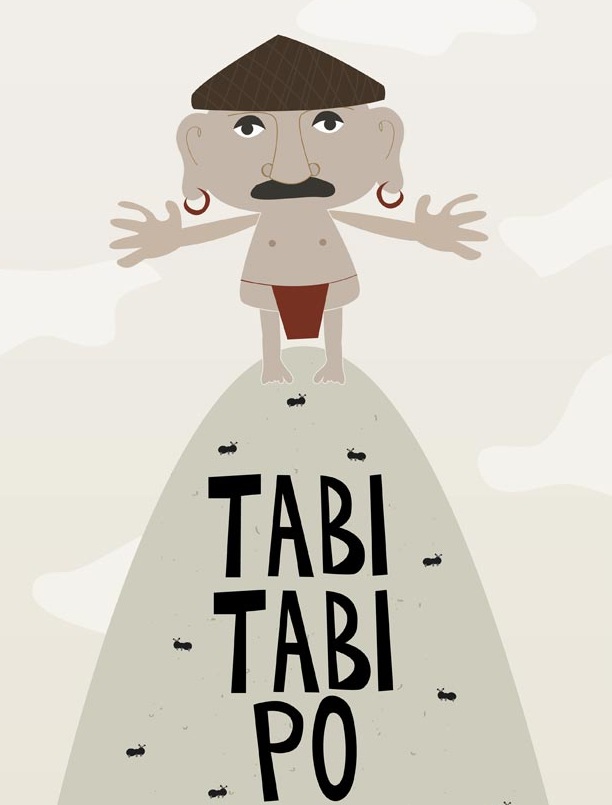 Being that we’re a very superstitious nation and that we believe in a number of spiritual beings and mythical creatures, many of us were taught as kids to say “tabi po” or “tabi-tabi po” when passing by a huge tree, an anthill or termite mound, or even a dark ally. This is to ask permission to the spirits and mythical creatures that you’re passing by and so they can avoid you. We grew up listening to stories of how people who don’t pay their respects to the spirits are cursed and get sick, vomit or urinate black bile, spit out insects, and experience swelling or pain on any part of the body.

This is a practice commonly done in the Visayas and Mindanao. Paaso is the ritual of burning sweet-smelling herbs or incense which supposedly appeases the spirits. This brings good luck and well-being to the family. The pile of herbs or incense is often burned in front of the grave or tomb. Some use grass, just so to produce smoke. Those who visit the grave must pass by the smoke before leaving the graveyard. Passing through smoke while still within the cemetery or by the gates of the cemetery is also said to untangle the spirits of the dead from the bodies of the living. 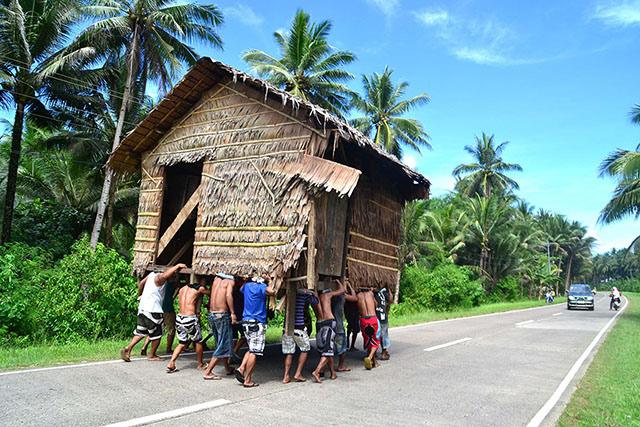 Back in the days where land titles weren’t a thing, people in the provinces simply built a hut on a small piece of land that they claimed as their own. They ether farmed on the land or went to town to work while their wives stayed to care for their children. If they wanted to move, they took their whole house with them since it was mainly made with light material like bamboo and palm. Bayanihan is the act of the whole neighborhood getting together and helping to move the house to the new location. Thesedays, bayanihan is synonymous to our trait of national helpfulness, and that we should help our fellow Filipinos in times of need. 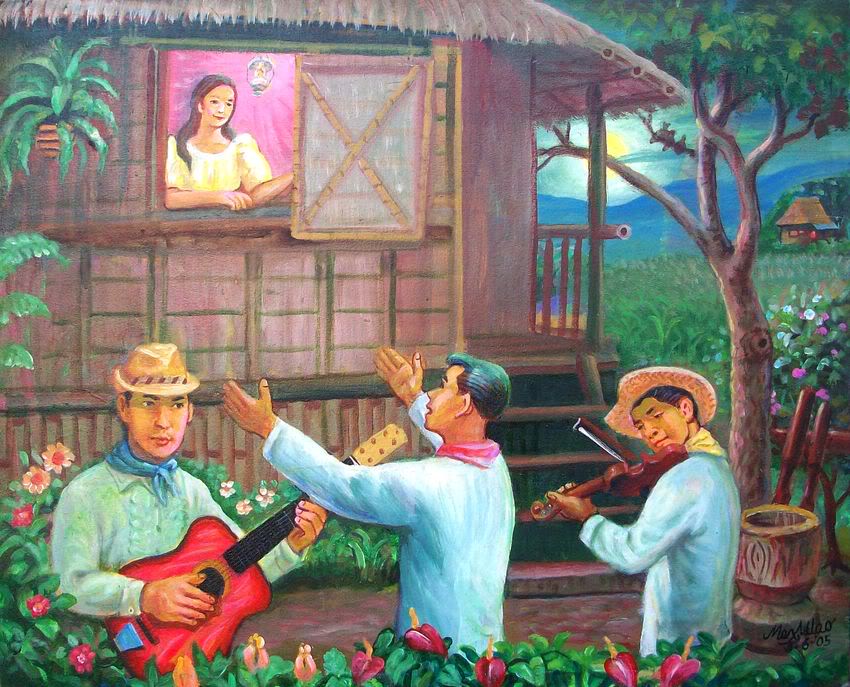 As the song goes, Uso pa ba ang harana? (Is harana still popular?). Harana is a traditional form of courtship where in the man would sing and woo woman outside her window at night. In the old days, there was a  set of protocols, a code of conduct and a specific style of music when performing harana. An acoustic guitar was used and Spanish-influenced songs were sung. It’s not uncommon for the man to bring his friends along, or even the best singer or haranista in town, to help. Thus, the harana wasn’t always a solitary endeavor, in fact some considered it as a social event. 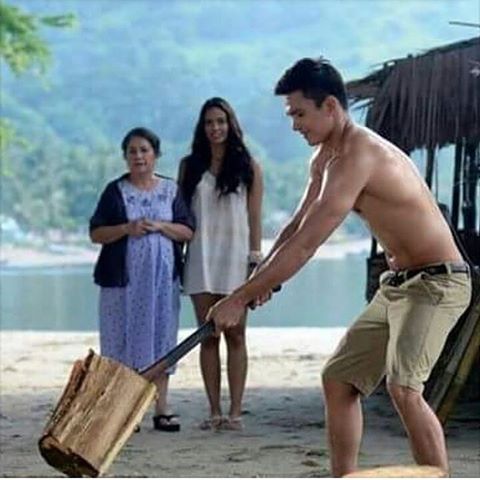 Another traditional courtship practice, this is when the man “serves” the woman’s family by doing manual labor (cutting wood for cooking, fetching water from the well). This is to show that he is capable of taking care of her and their future family. Now, this is not that applicable to modern times, but courtship back then involved  “phases” or “stages”  that the man had to pass through before he could get married with his sweetheart. Courtship was never easy, and you had to win not only the girl’s affection, but her family’s as well. 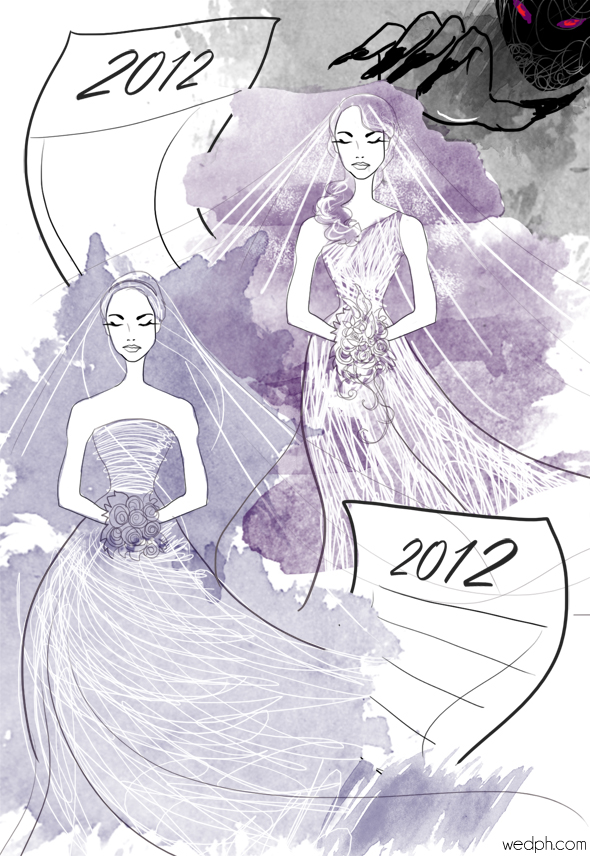 This is a traditional belief in weddings. Sukob is a belief that it’s unlucky to be married during the same year of another family member’s marriage or if someone in the family dies within that year.  You’re better off rescheduling your wedding or bad luck will follow your marriage. These days, brides and grooms are not really that concern about this belief, some families even consider it lucky to have two weddings in the same year. Whether you grew up in the province or in the city, your mom would always tell you to be back inside the house before 6 in the evening. There’s a Filipino belief that spirits and creatures of the night come out during after 6PM, so you’re better off staying out of trouble and out of their way. Whether it’s the spirits or your mom’s way of making sure you’re home early, we we’re always told to come home before the Angelus. Anyways, kids these days spend more time inside the house with their computers and gadgets. 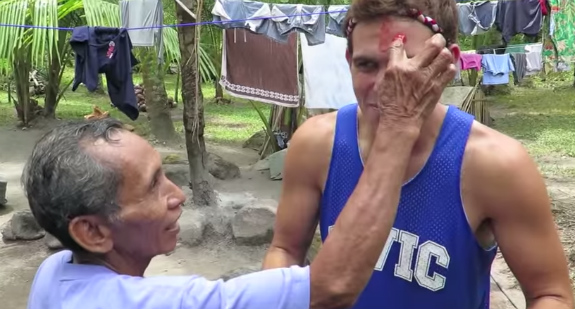 Chicken Blood On Your Birthday

This is a tradition that was more commonly done in the province. During someone’s birthday, the whole household is usually busy preparing a big meal to celebrate. As tradition goes, the birthday celebrant will be anointed with fresh chicken blood by an elder on their forehead. This is a way of blessing the person, as well as ward off any bad luck. This is similar to the idea of a sacrifice for prosperity, and the chicken is usually served along with the birthday meal. 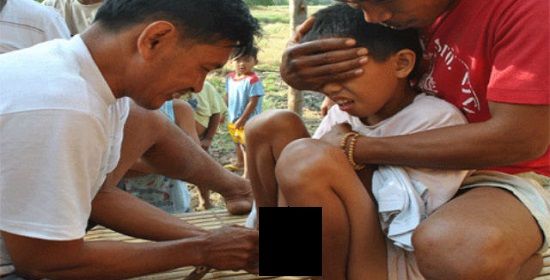 Getting circumcised has always been seen as a Rite of passage for male Filipinos. traditional circumcision or “pukpok” involved using a subokan, which is a piece of wood used for circumcision. The method of pukpok does not use anesthesia, nor does the person performing the task have any medical training. Boys that undergo this method are given guava leaves to chew on which help them bear the pain. After, they’re their wounds are simply wrapped in white cloth for healing. Since the practice is unhygienic, medical professionals discourage the practice. However, pukpuk is still being done in very rural areas in the country. Lamano or mano is the action of placing the back of an elder’s hand on your forehead as a sign of respect. Kids were taught to do this as a way to greet those who were older than them, which included their grandparents, parents, uncles and aunts, and even their parent’s friends. These days, we see the younger generation beso or kiss the cheeks of their elders instead of pag-mano. However, this practice is still very much alive in the rural areas.

Keeping up with the times is important and all, but some traditions, especially those that are deeply rooted to our values, should still be practiced. What other traditions do you know of is slowly being practiced less and less? Leave us a comment below and don’t forget to share this article.