Study says Pinays have the smallest boobs and here’s what you can do about it…. 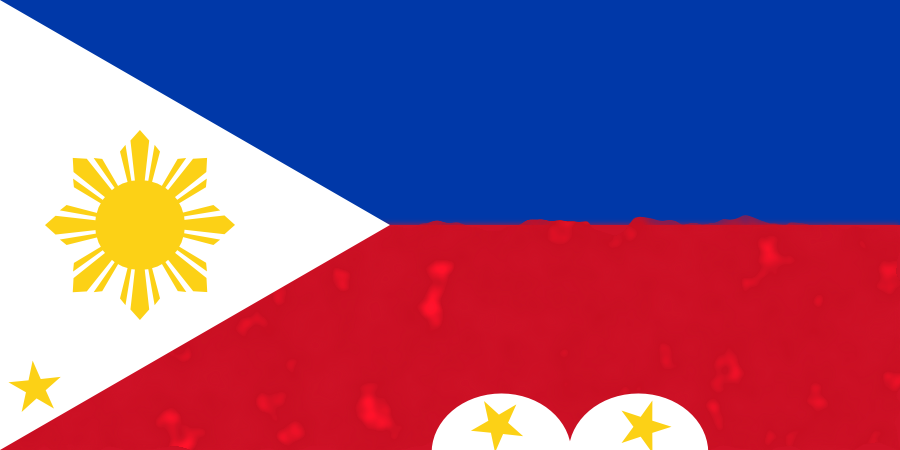 Recently Pinoy netizens were either surprised or had their observations/fears confirmed when ABS-CBN News reported the findings of an article at The Journal of Female Health Sciences concluding that Filipinas hold the world record for having the smallest average breast size by volume: 111 ml or 0.3 kg (versus the mean breast volume of white American women: 1,668 ml or 5.7 kg).

And here are the top ten countries with the biggest breast size (ml):

The study excluded some countries like China and, of the top 12 countries with the highest obesity levels in 2015, only Samoa and the United States were included. (Here is a more inclusive map and a good-looking infographic based on that map.)

The study also excluded women who were lactating, had hormone therapy, or had any breast surgery done. The researchers also found that women born in the U.S. had round, hemispherical breasts (i.e., cleavage is pronounced) versus the pear-shaped breasts typical on women in other countries. The researchers did not offer any explanations as to why this is so.

Breast size might be an environmental adaptation: large breasts are common in colder countries; hot countries tend to produce smaller boobs. According to Loop (Canada):

The largest average bra cup sizes (larger than D cup) can be found in Russia, Finland, Norway and Sweden—all chilly, Northern countries. Generally speaking, equatorial countries tend to have smaller breasts, with many nations in and around the equator having A and B as their most frequent cup size.

(The Loop article also noted that the breast size vs latitude trend is the inverse of penis size vs latitude: big penises tend to be found in hot countries, but that’s for another day.)

Considering that women’s breasts have a lot of fatty tissue, this issue of size could be related to blubber in seals, walruses, whales, polar bears and other large animals living in higher latitudes: You’d want a lot of fat reserves when Winter is Coming. Note that breast size has nothing to do with the ability to produce milk (some men lactate). (Image from National Geographic.) 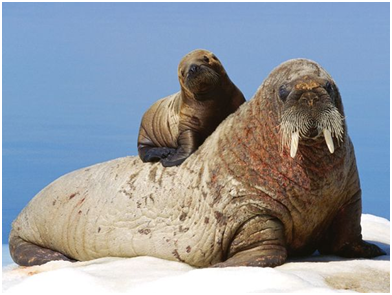 Here’s what you can do

If you live in a hot and humid climate, do you really need to have bigger breasts? Fine. Without resorting to breast surgery, here are some tips you can try to improve the volume of breasts. Disclaimer: No mammillary expansion claims whatsoever. Your genes may work against you.

There are several foods and herbs said to help augment breast size (probably because of their phytoestrogen content. But there is no consensus about the boob-enhancing effects of phytoestrogens).

One commonly mentioned herb to help enlarge breasts is fenugreek (Trigonella foenum-graecum). There are some who think fenugreek improves milk production but we have already mentioned that breast size does not affect breast milk production. Powder made from roasted and ground fenugreek seeds mixed with water to make a paste or fenugreek seed oil/extract are recommended to be massaged on the breasts daily. 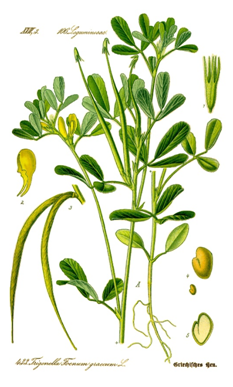 The basis for these claims is usually the plant’s phytoestrogen content. However ingestion, and not massaging into the skin, is the best way of getting phytoestrogens to your system. Another stumbling block to the herbal method is that most of the herbs previously mentioned are not native to the Philippines. Here is a Wikipedia list of plant products containing phytoestrogens. Rice, rice bran, soy beans, mung beans, apples, carrots and beer are readily available locally.

We have already mentioned that massages are used in conjunction with herbs and their extracts in the attempt to enlarge breasts. Use a circular motion with your hands from outside your body to the middle. You can also use massage oils and lotion for this. Even if this fails to work, massages will often make you feel good about yourself. (Image from MustGrowBust.com.)

Exercise and working out develops muscles. Working on your pectoralis muscles with chest presses, wall presses, arm circles and modified push-ups (here are other bust-toning exercises) can enlarge said muscles and give the fatty tissue above them (your breasts) a leg-up. Don’t believe us? Here’s a picture of a cute Russian girl with well-developed pectorals (and biceps) – she was just 17 when this picture was taken (image from 9Gag): 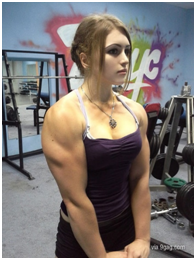 Nothing like a good push-up to push them boobies up.

This is the mammillary equivalent of makeup.

Incidentally, most of haute couture appears to revolve around skinny women who have small breasts (image from ClinicalPosters.com): 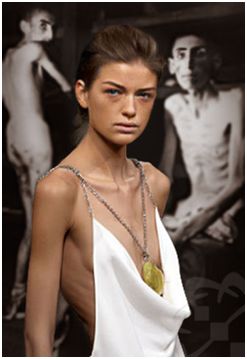 While lactation is not a function of breast size, it is commonly observed that mothers with a new baby usually have fuller, heavier breasts than those whose children are already grown. This is called the “post-baby cleavage” (image from The Frugal Vegan Mom blog). This is absolutely the last resort and takes us back to architectural basics: what makes large breasts large is their store of fat. Colder climate women have bigger boobs, remember? While Asian women don’t normally store a lot of fat in their bosoms, you can force your boobs to store more fat by eating a lot – but your belly and other parts of your body will also store fat. (Women with large boobs tend to have fatty bellies – and since the USA is one of the fattest countries in the world . . .) If you’re fine with that, then go eat all you want.

You could be risking your health but, through the centuries, legions of women have braved health risks just to look the way they wanted (cue in lotus feet, high heels, whalebone corsets, and white lead).