Millions look up to them, no doubt. Their beautiful faces adorn national TV on a daily basis cementing the illusion of a great divide, their teams of the beautiful and bold and that of mere mortals. But behind the veil of fame and fortune lies monstrosities whose body of work will make every Juan squirm in disbelief.

Perhaps, it’s because of the undue attention (e.g., the shrieks, the shouts, the autograph-signing) or perhaps it’s another case of absolutism. Where absolute power corrupts. But there seems to be a certain audacity and boldness in these crimes. Where did all the emotions come from? Whether they’re the culprit or at the receiving end of the crime, their stories rival the scripts they play in this era’s vaudeville.

Ladies and gentlemen of the hour, the top 10 countdown of the most gruesome crimes that involved the most beautiful and most daring gods and goddesses of Pinoy entertainment: 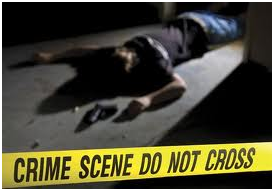 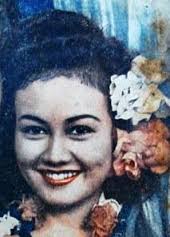 Let’s turn the clock a little bit backward. Circa 1948. Lilian Velez, the actress, was at her peak. Things started to turn for the worse for the beautiful star when Bernando “Narding” Anzures, her leading man, fell in love with her even when she was married already. As the unrequited love turned nightmarish, she soon found herself stabbed to death by her jilted lover.

Murder was made into film by Director Carlo J. Caparas starring Sharon Cuneta and Cesar Montano. Narding was imprisoned but was later pardoned by President ElpidioQuirino, only to succumb to tuberculosis days after.

It seems fame is not a shield. On September 24, 1995, shooting scenes for her show Citiline, this TV personality Cory Quirino got kidnapped by 5 armed men. Good thing she was rescued in time or she would have become a “wife for good” – along with her assistant. However, her driver,not so lucky, was killed by the hoodlums. 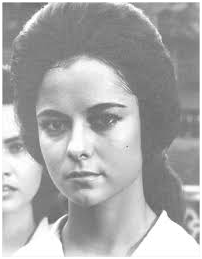 What is it with beauty that drives men to do crazy things? In 1967, Maggie de la Riva, a most alluring actress in her 20’s, was forcibly dragged out of her car by 4 men who took turns in sexually abusing her for two hours in a nearby Pasay hotel. Somehow, the star survived to tell her story and shook the nation hard for justice. Lady Justice did came as her captors were caught and were killed on May 17, 1972 via electric chair. One escaped the treatment, killing himself via drug overdose before sentencing. 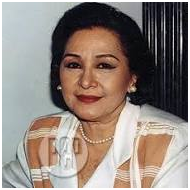 With a slew of top notch films in her resume, veteran actress Nida Blanca was one of the most successful, and most loved faces in showbiz. But in 2001, her bloodied body was found lifeless in her car’s trunk. After pointing of fingers, her American hubby, Rod Strunk, became the primary suspect. However, the foreigner managed to escape to the U.S. in the nick of time only to plunge to his death off the balcony of a motel in California.

Sonny Parsons, the action star proves his fighting skills in real life. No doubles. In 2002, his house was ransacked with the whole household ( wife, kids, maids) including him tied up. Unfortunately, for the 3 men invaders, he was able to free himself and shoot his captors to death. Two died. 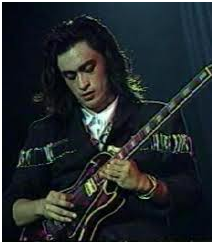 Considered a guitar virtuoso by his contemporary, Teddy Diaz was riding the peak of his band’s success, The Dawn. It all ended one night in 1988 as he was heading to his girlfriend’s home after a stint at Martin After Dark. Two men robbed him and when things got out of hand, stabbed him to his death. Money taken from his wallet totaled Php 200.00 only. 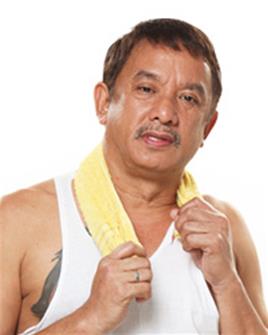 This is definitely no laughing matter. Dolphy Junior, son of the late Dolphy – the nation’s top gun in comedy, was so high on drugs he started a fire which ended up killing 6 people. Children of former actress Mina Aragon among them. The comedian’s son has mended his ways, however. After he was imprisoned for 18 years and was pardoned by President Erap in 1998, he serves as a minister in Brother Eddie’s Jesus is Lord Movement. Was it his scathing criticism or for telling the truth? Widely-acclaimed film critic and considered as a major asset in the future of Philippine cinema, Alexis Tioseco and his Slovenian girlfriend, NikaBohinc, seem to have fallen out of luck on the night of September 1, 2009. Coming home, they allegedly interrupted a robbery in progress. The lady was shot first and perhaps trying to defend his lover, Tioseco was also gunned down. An art department faculty of the University of the Asia and Pacific and a regular contributor to major circulations (e.g., PDI, Phil Star), Tioseco was just 28; Bohinc, 30.

1. Beauty in a Steel Drum

For its shock factor and for all the flak it has drawn, this gruesome murder is our Top 1 pick.

Ruby Rose B. Jimenez, the beautiful blood sister of beauty queen Rochelle Barrameda, has had a rocky marriage to say the least. With custody battles for her children. It all ended in 2007, the year she went missing. Her decomposing body was found years later, handcuffed and blind folded inside a steel drum floating in the Navotas River.

Manuel “Third” Jimenez III, estranged hubby of Ruby Rose and son of a powerful lawyer, became the primary suspect along with his dad and uncle. After a period of chaotic mudslinging and possible wrangling of justice where initial suspect recanted,Third gets indicted for parricide duly affirmed by the Court of Appeals, December of 2013.

To nitpick more of the details, please look here.

There you go, folks, another of our little Top 10 offering. If you please, drop us a piece of your mind in the comments section below. Any would do. Let’s exercise the freedom that our dear friend Andres died for. No kidding. No gag orders here.

And if you please, throw this little piece of info-tainment around. Share it to your circle. It sure is reassuring to realize that adoring people on their face value may not be a good idea after all. Thank God for a Jennifer Lawrence!