There is no sweeter taste to a boxer’s existence than the taste of victory in the ring. Challenged, pummeled, bloodied, these boxers have proven their mettle over time, overcoming hardships – where most would have easily folded.

Sleight of hand pays, no doubt. But you don’t become a Muhammad Ali in a day or for that matter a pound-for-pound king of the ring in a few months. There is no secret to the lives of the 10 featured here. Behind the lean, well-sculpted body and the equally-well-defined career are untold hours and hours of boring practice and a work ethic that’s bound to scare any Juan. Yet, in spite of these and despite the near defeats these fighters moved forward – bringing to the fore the heart of a champion. 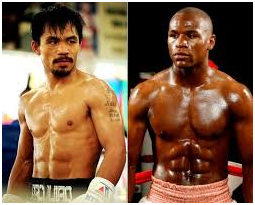 Ladies and gentlemen of the hour, boxing fanatics, it’s a pleasure to bring to you the Top 10 pound-for-pound boxers of today. 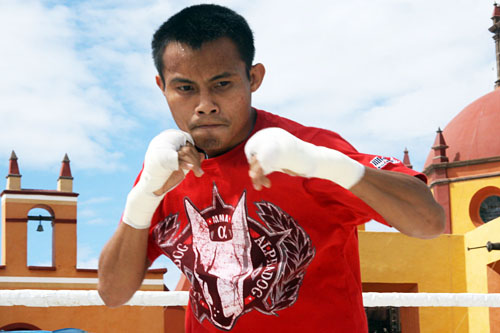 Sometimes boxers make a bad decision and they’re put down. Mayol is such an example but his latest stint showed how classy he truly is. Pitted against the Mexican Julio Cesar “Pingo” Miranda, Mayoloutboxed and outclassed his foe like he was teaching him a lesson in the gym. Though he never folded, the Mexican never got the nod of any of the judges. 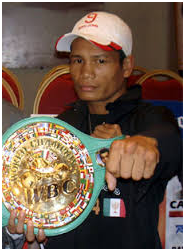 Many may have underestimated Sonny, looking at him as just a necessary evil, a stepping stone for the bigger fights.

But Sonny Boy Jaro is no pushover as Thailand’s most loved champion, PongsaklekWonjongkam, would realize too late. The Thailander was battered like there’s no tomorrow and eventually gave in to a most unbelievable 6th round knock-out. Sonny defined a very bright future in that match.
His latest win was over PongsaklekWonjongkam (TKO6).

The GintongKamao seem unorthodox with various ring tactics that defy convention.
In Drian’s arsenal for example, are “no look” punches thrown out of the blue and beyond rhythm. Yet, his utterly-devastating KO powers are hard to ignore. And though he’s been tainted with a defeat last year, he’s now a man on a mission out to take opponents out of the way. He may have suffered his first defeat in the hands of champion Miguel Vasquez last December 8, but he’ll soon bounce back. Already with a stellar line of performance that placed him side to side with the best in his division, Mercito is one Pinoy boxer that would be worth the wait.

It’s easy to discount Denver looking at his losses but that was in his early days. Today, he has amassed an impressive slate, winning 10 of his last fights via stoppage. How’s that for starters? With his unparalleled toughness and power, “The Excitement” definitely is one true adrenaline-rush to watch. Here comes the technician. Dubbed as “The Method Man”, Melindo is one intelligent fighter you don’t want to mess with. He’s not your typical boxer who rattles the enemy with a flurry of punches. He is more like a surgeon, taking the enemy one piece at a time. 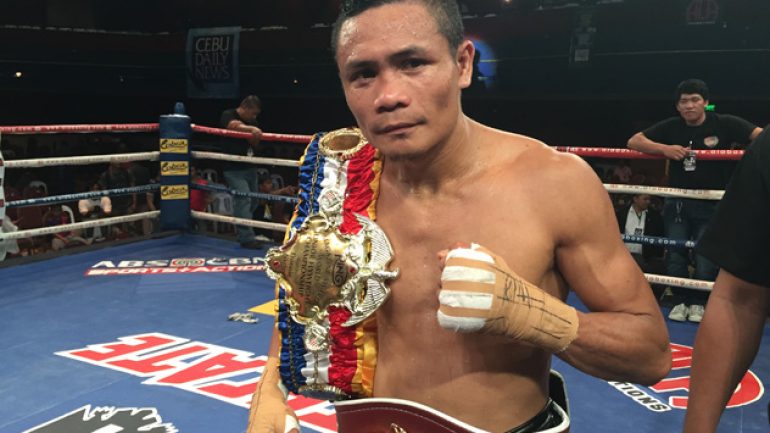 If not for the top 2 in this A-list Nietes would be considered the most consistent Pinoy boxing champion today. Since 2004, he has not lost a fight and in daring has excelled like no other. To his credit, he is the only boxer who has come out undefeated in his fights against Mexican boxers right in their home turf, Mexico. The list of those who succumbed to his boxing prowess is long (e.g., Manuel Vargas, Erik Ramirez, Mario Rodriguez). 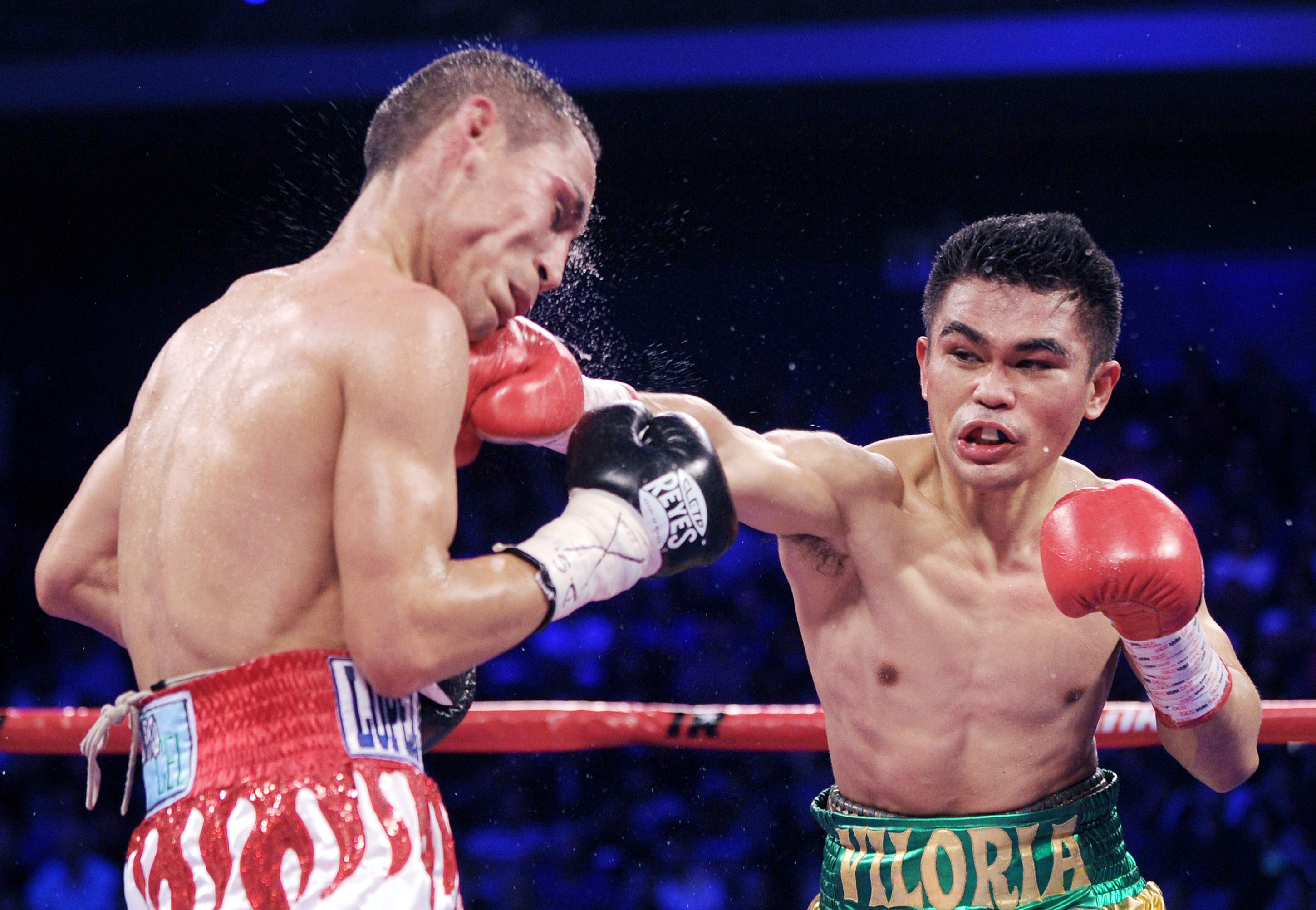 He may have had a rough career but his impressive wins over top caliber opponents (e.g., Ulises Solis, Pingo Miranda, Omar Nino Romero) show just how devastating his destructive prowess is. This is another explosive machine. A four-division world champion carrying a 26-fight winning streak, Nonito has shown both boxing prowess and superior intelligence in the ring. His last fight defeating the revenge-hungry Darchinyan is a classic statement of this ambidextrous fighter, dubbed by many as the next “Pacquiao”. 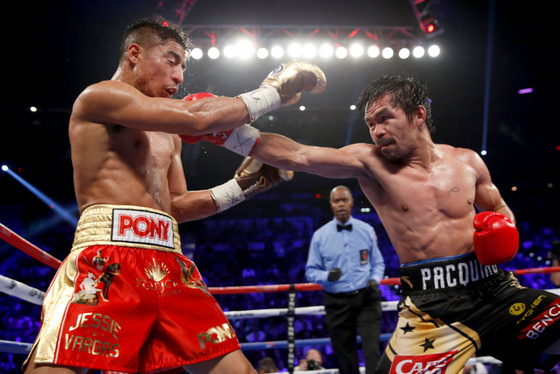 Everybody in the Philippines knows him and he’s the face of Philippine boxing. Cong. Pacquiao, the PambansangKamao sure sent many people crying sad tears, hopefully not crocodile ones, in his stunning loss to Mexico’s Marquez. But after nailing a clear-cut victory over the bigger Rios lately, he’s on his way to super stardom once again with his up and coming Bradley rematch.

And if Mayweather regains his brains, the world may yet see who really is the “King of the Ring”.

His win over much-heavier Brandon Rios via the judges majority decision placed him back to the world map.

For a more detailed reading, please drop by here.

These boxers, sure have come a long way. If anything comes up, anything at all, please let us know in the comments section below. I value your 2 cents, dissenting as it maybe.

Lastly, allow me to enjoin you to our Share-an-Article campaign. Share this article to your immediate circles. Won’t take long. LinkedIn or Google+ is but a button away.

Remember: You can never put a good man down.