Top 10 Deadliest Animals in the Philippines

They say there are only two things constant in this world: death and taxes. But in the land of the living where technology has played a key role, getting yourself killed by a wayward animal could be a death blow of the lowest kind. Unfortunately, many has suffered this fate and without a doubt many more will follow. 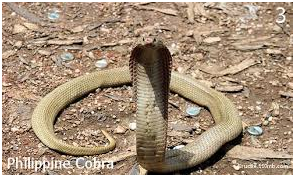 With BIR Director Kim Henares hot on everyone’s tail on– Pacquiao and doctors including – it’s not hard to conclude there’s no escaping from taxes. Talk about getting raped whether you like it or not. Still it’s a lot less harmful than meeting untimely death in the hands of a lower specie in the animal kingdom. If it’s any consolation, you are less likely to be sued for killing an animal out to get your neck. However, on the down side, it’s next to impossible to get these animals to stand trial in court. Not unless you are Alice in Wonderland.

Honorable ladies and gentlemen of the hour, the Top 10 deadliest animals to grace the halls of the Philippine Islands: 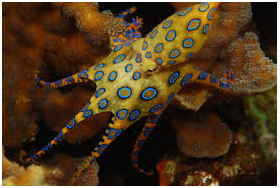 Don’t be fooled by the size of this one or get comfy with all the colorful dots adorning this 8-tentacled sea creature. Blue-ringed octopus (genus Hapalochlaena) are home to the water of the Pacific Ocean, from Japan to Australia. And their venom is as deadly as it gets. In the land down under, for instance, where many occur in shallow waters, dozens of bites have been reported including several deaths.

And the scary thing is the bite is reportedly painless with victims not knowing that the they have been bitten until it’s too late, and the venom has spread.

If you want to measure how deadly they are, experiments with rabbits show that a 25 gram blue-ringed octopus possesses venom potent enough to kill 10 fully-grown humans. 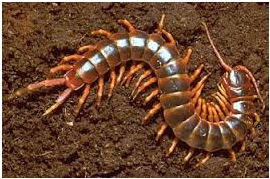 Ok, don’t fret. Except for a few species, most centipede bites are harmless though not necessarily painless. Their forcipules or “poison claws” are capable of delivering venom but majority are pretty negligible.

However, word of warning: one of only 3 documented cases of real “death by centipede” in the world occurred right within the Philippine archipelago. The deadly species has been identified as Scolopendrida species. 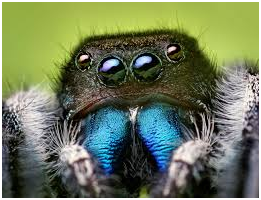 Some people hate spiders so much they equate them with the Devil Incarnate. Mighty strong words. But no one’s to blame, as looking at these creatures with 8 legs moving up and about is enough to make many people shriver.

Fortunately, most spiders inside the archipelago are harmless with one notable exception, the Red Back Spider. This is the same specie found in Australia, the land of the kangaroos. So, enough with the Arachnophobia stuff! 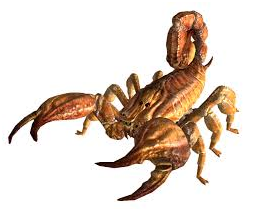 Good news: Scorpions don’t bite. Bad news: They sting, sometimes. Although, there are several poisonous scorpions in the Philippines, most of these are harmless – albeit you may have no reason to smile when they’re on the attack. Additionally, they may not be as lethal as their African cousins which have been known to bring a man down in many instances.

One of the most dangerous here is the Arizona bark scorpion. Fortunately, even if you’ll experience sudden pain and some swelling with some numbness, the sting is highly-treatable. Perhaps its another case of the movies creating monsters out of otherwise harmless animals (e.g., Jaws). A shark attack is definitely fearsome but only about 60 attacks are reported worldwide every year. However, in the Philippines, where water is everywhere and fishing is a major industry, fishermen are always on their toes when a big shark is circling nearby, especially a Great White. 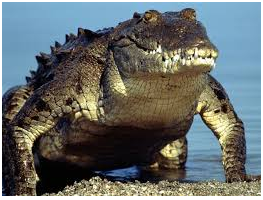 Its no coincidence that one of the biggest – if not the biggest – crocodile ever caught by man was found in Philippine waters, though the creature died a year ago. The beast, a saltwater croc, measured 20 ft. 3 inches from snout-to-tail and weighed over 2,370 pounds.

Although there have been reported death by crocodile in the Philippines, they are few and far between when compared to the more notorious Nile crocs. 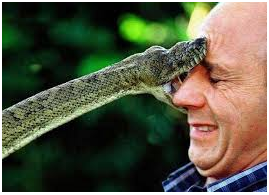 Now, this one’s scary. Not only do they carry an attitude, some of them carry venom enough to kill a horse. Of the 179 snake species that have made the Philippines their official home, only 14 are poisonous and pose harm to man. Of course, the most notorious of these is the deadly Philippine Cobra, an animal you would not want to mess with. Or for that matter practice flute with. A little shorter than its more famous cousin, the King Cobra, the Philippine Cobra is very common near rice paddies hunting its fave dinner, mice and rats.

Though venoms vary from one snake to another, even of the same specie, death by Philippine Cobra has been recorded. Making matters worse is another deadly snake, the common Krait, home to the archipelago, which reportedly contains venom 15 times the potency of a Cobra. 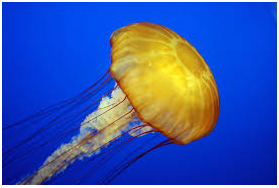 These jello-like sea creatures are a sight to behold. But beneath their soft tissues, death could be lurking nearby. Box jellyfishes are not dubbed the “world’s most venomous creature” for nothing. Many deaths have been linked to box jellyfish, most especially in Australia. Home also to Philippine waters, the box jellyfish has not caused much of a stir with locals treating incidence with vinegar.

Warning: Even a miniscule amount of jellyfish venom can cause the heart to have seizure and stop beating altogether. 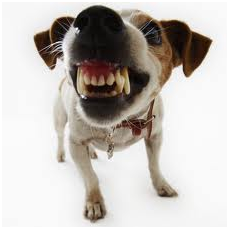 Funny how man’s best friend can be one of the deadliest animals in Planet Philippines. But it’s true. Rabies claims almost 200 to 300 Filipino lives every year though the numbers are decreasing. Thanks to aggressive measures from the DOH and thanks to the rapid spread of information via the internet. 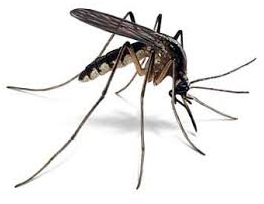 They maybe the most minute in this A-list and many may even question their presence here. But it’s hard not to take notice on how deadly mosquitoes really are. Perhaps the reason why they may have caused the untimely demise of the great conqueror, Alexander the Great.

Just to put things in proper perspective. In 2013 alone, 42,207 dengue cases have been reported in the first months from January to June. Of these cases, there were 193 which claimed lives. Dengue is a mosquito-borne viral disease.

Should you want more of the details, please look here.

There you have it, folks. Our newest add-on to our Top 10 A-listers. If by any chance, the list failed to hit the mark, let me know in the comments section. It would be a pleasure looking at things from your side of the fence.

And if you please, do join us in sharing this little piece of info-tainment. Man may be the apex predator in the planet because of our superior intelligence but then again nature still finds its way – every now and then. So, man up, it’s definitely better to be safe than sorry.