Betcha by golly wow! Gather 7,100 islands in one place, put in tropical climate all year round, add to the mix vast coral reefs and an underwater world inhabited by over 12 hundred marine life species – and all the shark species you can imagine. Certainly, it’s no accident Philippines is a scuba diver’s paradise. What more can you ask? Yes, the “Pearl of the Orient” is astounding on land. No doubt about that. It’s hard not to be captivated by the breath-taking views and be mesmerized by the ever-so-diverse flora and fauna.As for budget? No problemo. You can wine and dine without leaving a large hole in your wallet – assuming you keep one.And perhaps even bed some lady bugs while you’re at it (just kidding). But truly, you ain’t seen nothing yet till you decide to get wet and explore the world beneath the crystal-blue waters.  Such pure beauty -it’s mind-blowing.Truly, a must-see before you shake the hands of St. Peter and drop by the Pearly Gates. First stop, go-seesome “butandings” and some tresher sharks. Heck, you can even do a James Cameron and take on a Deep-sea Challenge. Just make sure NatGeo is out to support you. And you have enough brave!

Well, the proof of this pudding is in the diving. Ladies and fine gentlemen of the hour, here’s a treat. Not for the faint-hearted and the aquaphobic, the top 10 Philippines dive sites, all nick-named “awesome”: 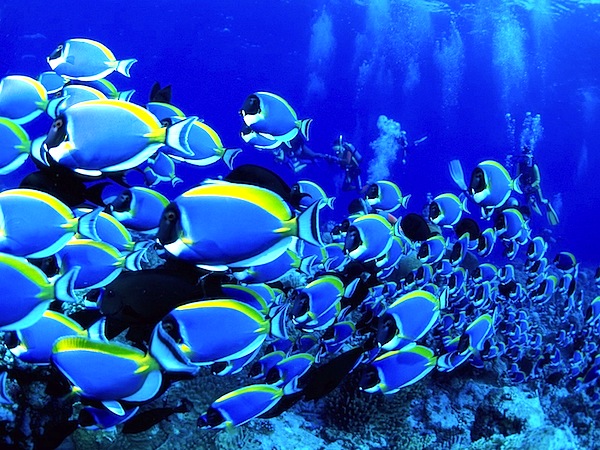 Well, this one’s famous. Just recently this dive destination’s got the green light and was declared a UNESCO World Heritage Site and a national park as well. Yes, a park underwater. Certainly, not for minors. With an ecosystem so diverse, it’s no wonder Tubbataha holds a key role in the world’s underwater ecology. And not just another pretty dive site.
And lest we forget, this reef’s so beautiful American ships were so attracted to it, they got lost in its beauty (my take, actually).

Want to look into a mysterious abyss? Check out Blue Hole. Yes, luckily site’s mostly off the radar. Not too famous coming from a largely unvisited province. But thanks to the Eschweiler brothers, you’ve got a sure-fire adventure that awaits you: an underwater sinkhole leading to a bottomless abyss. Creepy. Must be leading to the Bermuda Triangle. 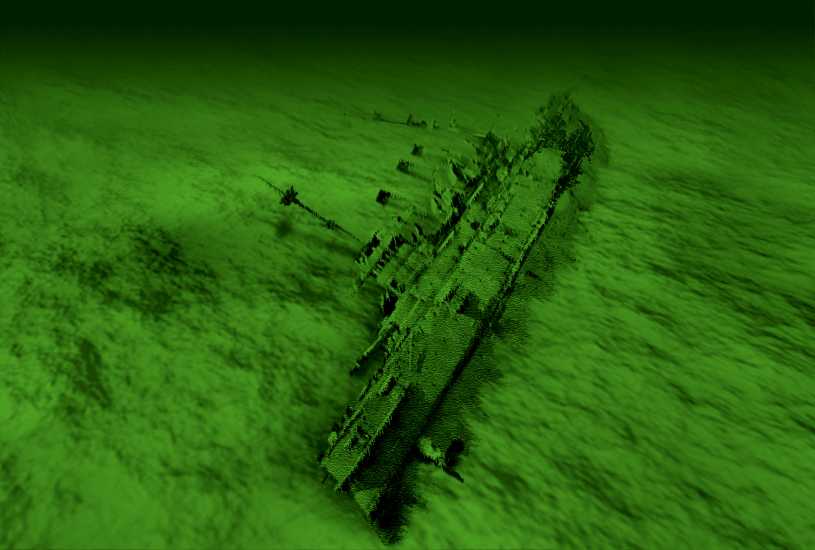 Now for a change. This huge American armored cruiser, is one of the most sought-after wreck dives in the whole archipelago. A little history: The ship was not sunk by enemy fire during WWII, rather it was scuttled so it won’t fall to the hands of invading Japanese. Visibility may not be your best friend doing this site. However, this site has been truly a shot  in the arm for thousands of divers who chose to swim along the big guns and explore the still-completely-intact ship. 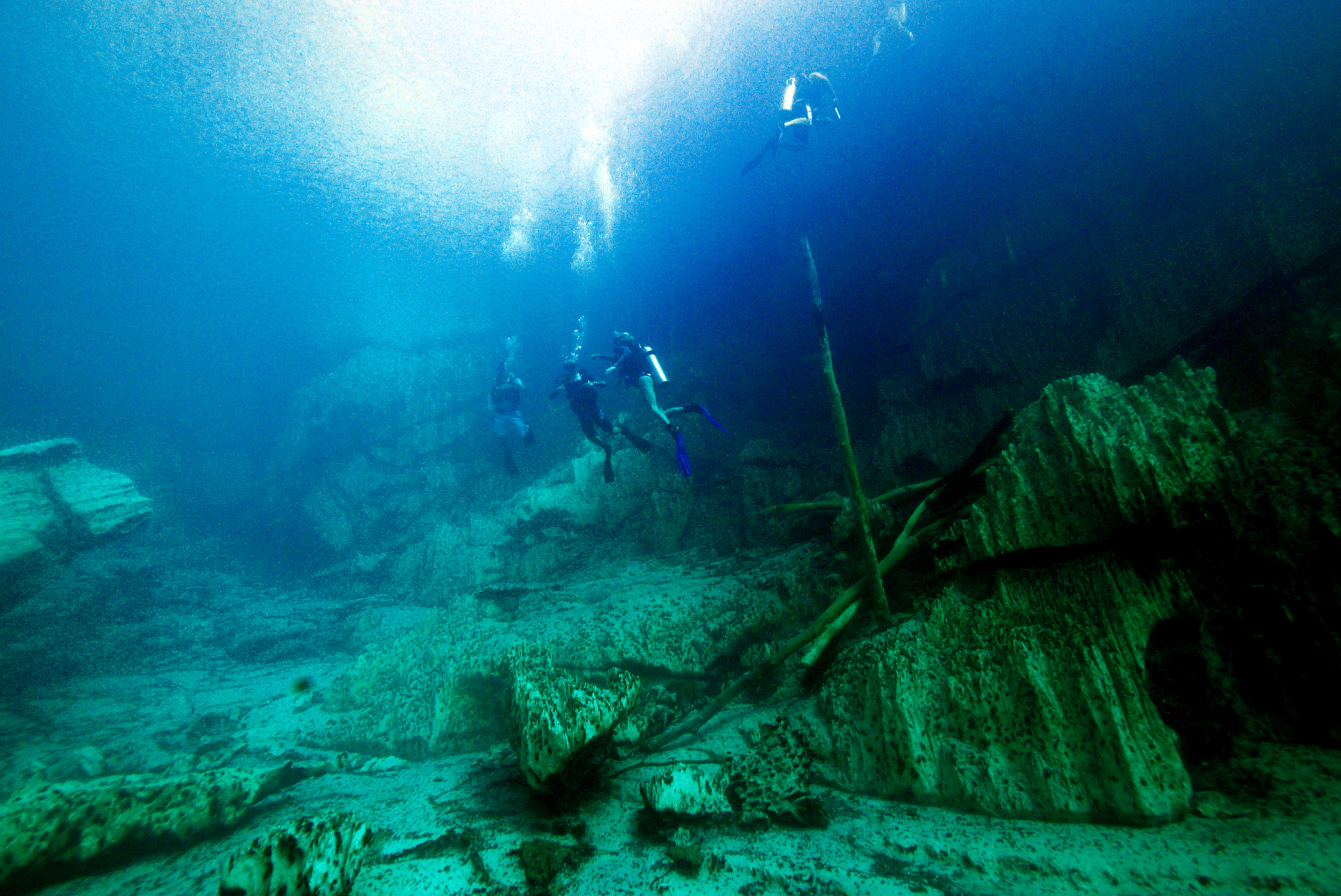 Don’t get me wrong, this place maybe underrated to some degree, but for scuba fanatics, this could be another paradise. You can blast off with some wreck diving. Make sure you don’t miss the wide variety of underwater life just waiting to be discovered in a seemingly outlandish underwater landscape. You may be disappointed if you’re a treasure-hunter and is looking for some gold buried in the ruins underwater when you take on Puerto Galera. Yes, there were rumors that started when a Spanish-era galleon wreck was found in the 1990’s. But the treasures may be an exaggeration. However, don’t lose heart. This destination is home to over 40 distinct dive sites, a treasure indeed. And depending on your brave, you can choose from just an easy one to an idyllic (Verde Island drop-off) to dangerous (Washing Machine). 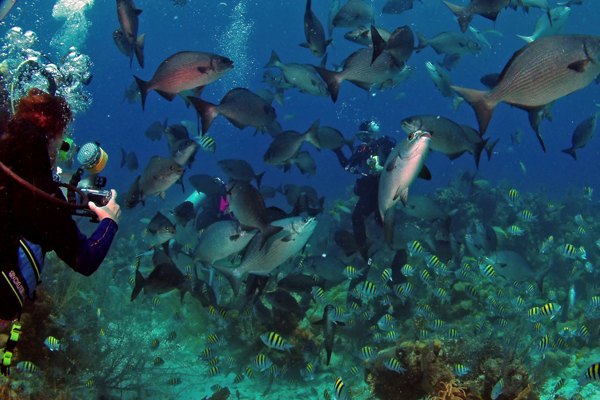 Especially for Manila-based Pinoys, this one’s an easy favorite, with a capital F. And with dozens of dive site, this has become a weekend warriors’ staple paradise. Understandably, as the site’s home to wide variety of fishes with breathtaking corals adorning the landscape underneath. So popular that the site’s attracting scuba enthusiasts’ all year round. 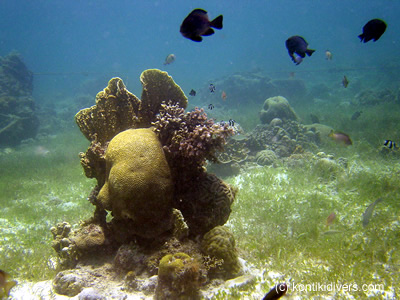 Don’t get me wrong. The island may be well-known, housing one major airport and home to MEPZA (Mactan Export Processing Zone), but drop to the east side of the island and you’ll be off to a journey of a lifetime: a narrow channel with great wall dives. With nutrients in abundance, beautiful corals, sponges and gorgonians will amaze you as they cling to the wall. 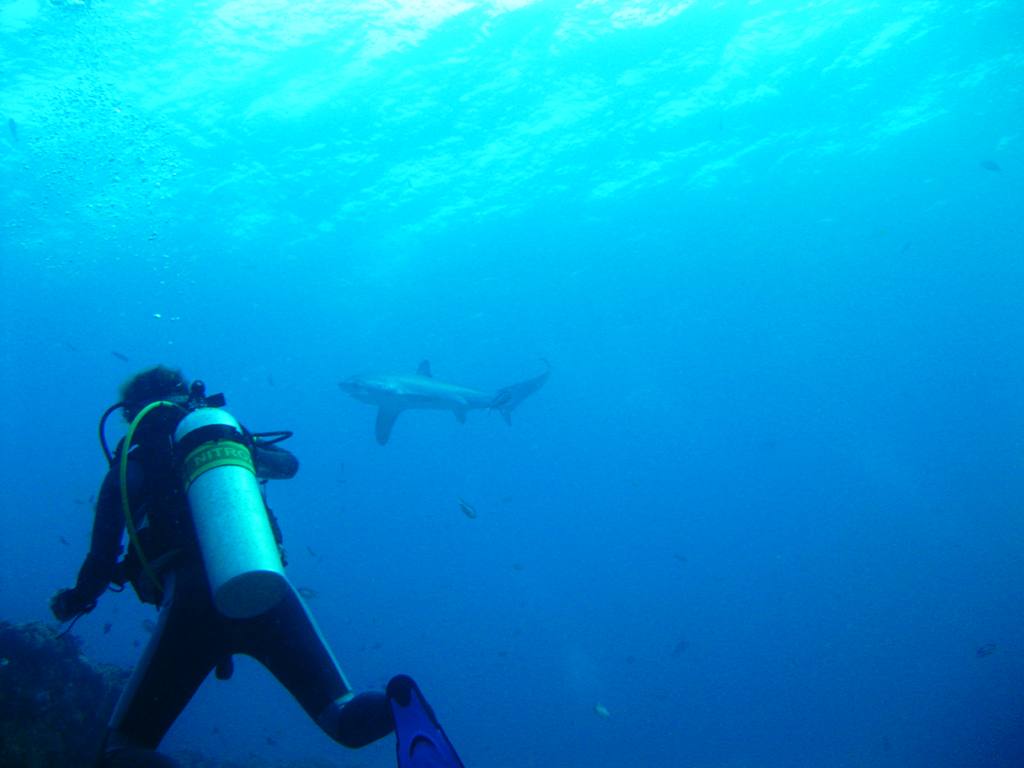 For starters, this is tresher shark country and has attracted tourists from the world over. So expect a crowd. And if you’re looking for an abundance of marine life, Monad Shoal is heaven-sent. This destination is a party of sorts underwater. And yes, this is another offering from Cebu. 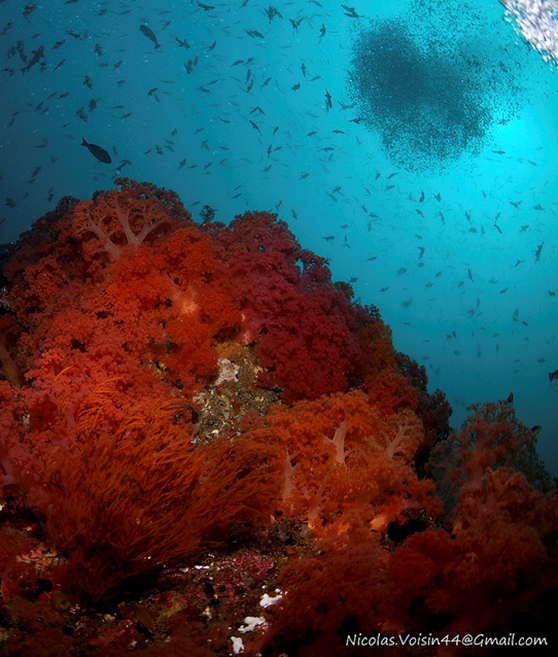 It’s getting even more interesting. Dive Site #2 is a deep wall straight down, starting at 30 metres/100 feet. And due to this, prepare to be amazed by the live play of beautiful corals of every size and description known to man. 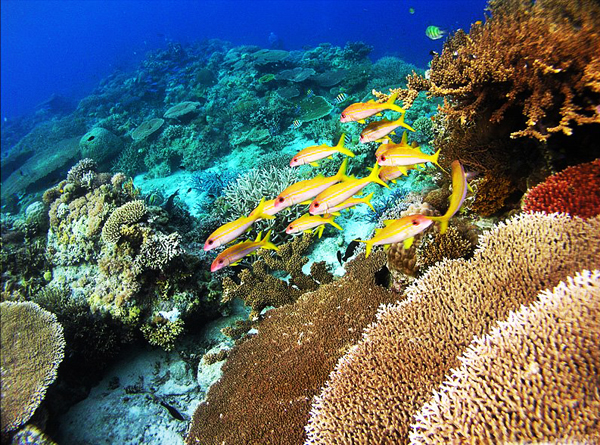 Home to a spectacular variety of dive sites, this beautiful island won’t be named Top 100 Best Dive Sites in the world for nothing. Certainly, you won’t be disappointed, as stunning coral gardens and prolific fish life awaits you. Rising to be a world-class standard, the island is one of the most documented and best protected marine sanctuary destinations – thanks to the constant support of Dauin locals and laudable initiatives of Silliman University of Dumaguete.

Expect to  see: triggerfish and bannerfish swimming around the dense hard and soft corals, nudibranch, scorpionfish

Before I end this little info-tainment of sort, a word of warning: PADI professionals will tell you, err on the side of safety. Underwater world is beautiful but it’s a rough terrain and we’re no fishes. Double-check your dive gear, and as much as possible don’t explore on your own. I’m talking about the best dive sites the Philippines has to offer, that’s a word spelled d-i-v-e a and not without a v. Intiendes?

So there you have it folks. Hope that went down well. Be part of our Club Noveau of Good Hearted Men and Women and share this article. Also, please send your 2 cents my way in the comments section below if anything’s up. It’s a free country, so just shoot.

Scuba divers are the best of lovers they say. They dive deep to experience the beauty of it all. So, what are you waiting for? Dive deep!
Never underestimate water, homie. Remember, we were born swimming. Or we would not have survived the Great Race. You don’t remember do you? The time when you have to outrun thousands and even millions of same-blood competitors to get in. Am I talking in riddles? The time when all of us – including me – when we’re but super uber-tiny versions of our size today. Like a small dot.