Most Shocking Pinoy Celebrity Deaths. Will you Light a Candle for Them in the Day of the Dead?

Death is a painful reminder of our very own mortality – though that twitter-obsessed jihadist group ISIS seems to want to rub it in recently. But it takes a whole new level of meaning when someone who’s at the peak of fame – worshipped by millions and envied by many – suddenly passes. It’s not just light’s out for one, it’s a blackout for the whole nation.

For those who’ve flirted with fame and fortune and achieved some, everyday can be a constant struggle – a coming and going of sorts to and fro the halls of reality and the surreal world. Not so unlike falling down the rabbit hall in Alice the Wonderland. Add to the mix the mind-altering powers of drug addiction and you have Kurt Cobain unleashed. Rich. Famous but so very dead. By suicide. Also, there’s the prospect of falling into accidents or falling into them evil hands. Just like that – life snuffed out. And on the other end of the spectrum, there are actors and actresses who’ve managed to put their feet on the ground. Come old age and sickness, their body soon fail them leaving them only their wishes and hopes – that can go not one step further.

Beauteous ladies and fine gentlemen of the hours, every Juan, November 1 is still far away but here’s remembering the famous that went ahead: The Top 10 Celebrity Deaths that Made the Filipino Nation Grieve. 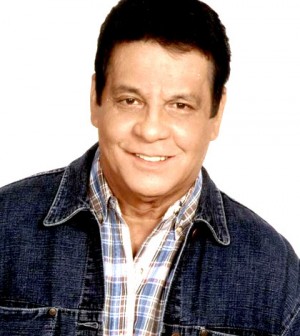 One word: DaKing. And everyone would know who it is. Muslims treat him like a demi-god, common-folk worship in his altar. Inarguably, the most successful action star that came out of Philippine cinema, this man was destined to move people. And pundits believe he may have been a president too, had his Mindanao votes been counted right.

Sadly, he died unable to prove his victory over then President Gloria Arroyo. Days after a Pacquiao win. Still, he’s memories are fresh and unadulterated kept intact in the reels of Philippine cinema. Over 300,000 people walked with him to his grave and millions mourn him. 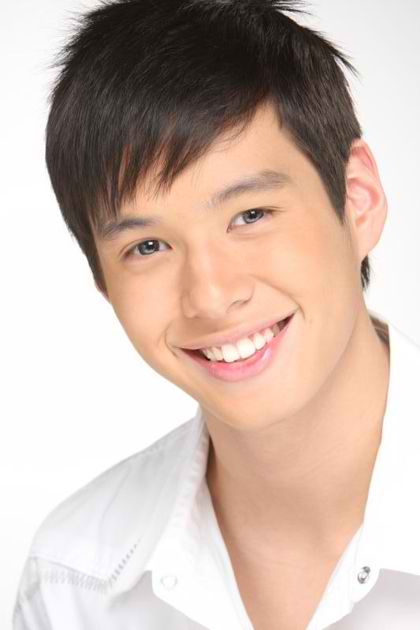 Such a promising actor. Part of ABS-CBN Star Magic Batch 13. With all the ingredients of a superstar-to-be and yet his star dimmed. Just like that.

En route to home after a show in Dagupan, AJ Perez got into a road accident when his service van collided with a passenger bus. All the promise he had shown on film and on TV – being groomed as the next big star playing main roles in 2010 – were lost as his broken ribs pierced through his heart. He died on April 17, 2011.

Cause of Death: injury to the heart 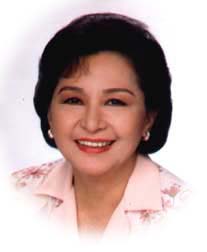 This one’s perhaps the most macabre in this bunch. We all know who Nida Blanca is, queen of Philippine cinema’s LVN Pictures. Behind the beautiful smiles were perhaps a thousand jealous eyes.

One day in November 2001, such a blessing was found dead – murdered to be exact. Her lifeless body was found in the back seat of her car, beaten and stabbed 13 times. Such hatred. Primary suspect’s her hubby Rob Strunk, who sought vengeance for being disinherited in her will and allegedly hired a hitman.

Strunk may have escaped justice in the Philippines but ill will got the best of him as he jumped to his death in a building in California, USA. 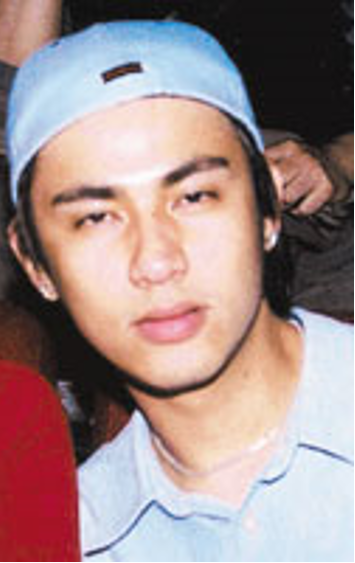 Scion of showbiz royalty and political clan , Miko was having the time of his life with friends when out of the blue he was taken by the claws of death. Many who have been with him could not believe their eyes as he plunged from fame into the afterlife.

The cause: falling from his condo unit. Sotto was just saying goodbye’s to his friends who visited him in his unit. Apparently, his foot got caught in an a plant box and he had to get down from the railings. Death had other plans.

He was the great-grandson of Senator Vic Sotto and was linked with Angel Locsin. 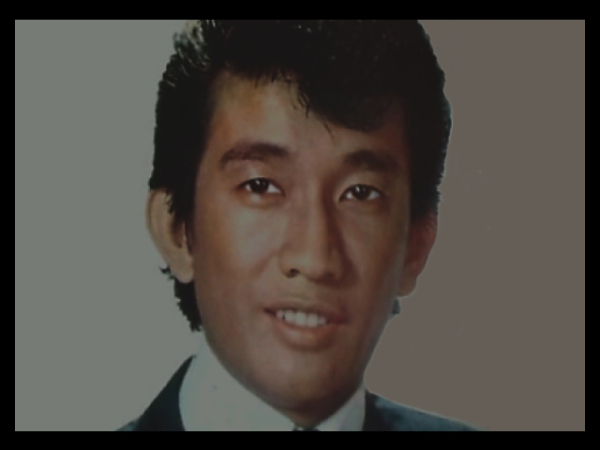 Most people may not know him today. But he’s a perfect example of success nipped in the bud. To give you an idea how successful he was dubbed as the “Original Jukebox King” because those iconic jukebox of yesteryears they say became a hit because of his songs being sung over and over again. And he was a leading man both to Nora Aunor in Dito sa Aking Puso (1970) and with Vilma Santos in Mardy.

His most popular songs include, What am I Living For, Together Again and Two Lonely Flowers. Go ahead google them. But all the fame was never a shield and death caught him in a freak car accident in EDSA. Though he survived, he died weeks later in the hospital. Millions mourn nim. He was 32 years old.

Cause of Death: internal hemorrhage

Now for a current event. Tado. Who would have thought this funny-face would soon be gone? In a freak bus accident. Yes, bus accident.

Plying the treacherous roads of Mt. Province, this famous comedian met his untimely death as his bus plunged into a deep ravine. Along with him were 14 people, including 2 artists like Tado. He was on the trip to finish his “40 Mountains” book. Unfortunately, he got finished before he finished — the work of art.

His death opened deeper probes on the declining state of roads and buses of the country.

Cause of Death: accident 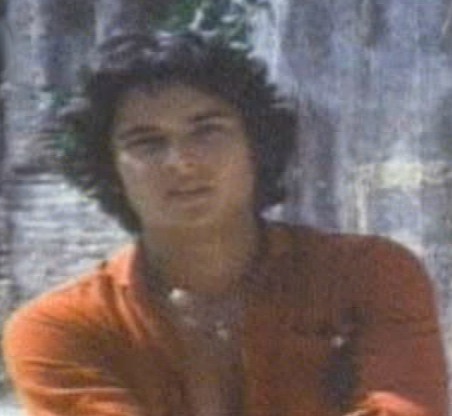 With the ravishing good looks of a Greek god, Alfie Anido was at the top of his game competing with Gabby Concepcion, Albert Martinez as one of the hottest matinee idol of his time.

However, one day short of his 22nd birthday, he mysteriously died in an apparent suicide. Over time, rumor mill was filled with reports it was Jack Enrile, son of embattled Senator Juan Ponce Enrile, who shot him. Reason: the guy was having an affair with his sister.

Cause of Death: gun shot wounds 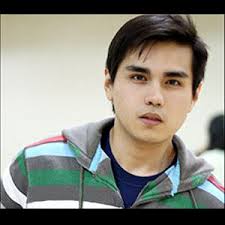 From the mysterious to the absurd. One of the many sons of the original Ramon Revilla Sr. – making him half-brother of Bong Revilla – this guy was just lounging around in the house with his girlfriend when he was shot and stabled to death.

Autopsy showed he had 11 stab wounds and a gunshot in the left side of his chest. The strangest thing is the murder points a finger to his siblings: RJ and Ramona Revilla.

Cause of Death: internal bleeding 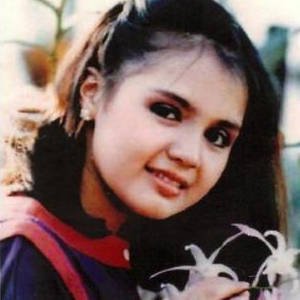 What happens when the beautiful young lady so bullied on national TV in one of the soaps dies all of a sudden? Then you have a national emotional catastrophe. Yes that was exactly it.

Julian Pearl Postigo, Julie Vega’s real name, rose to fame since starting her career at a tender age of 3. She caught people’s hearts initially with the 1978 hit Mga Mata ni Angelita winning Best Child Actress for the flick. She was last featured in GMA Network soap Anna Liza, where she captured the heart of the nation.

Then out of the blue, after her high school graduation she started feeling weak and was eventually hospitalized. Just 15 days shy of her 17th birthday, she died. 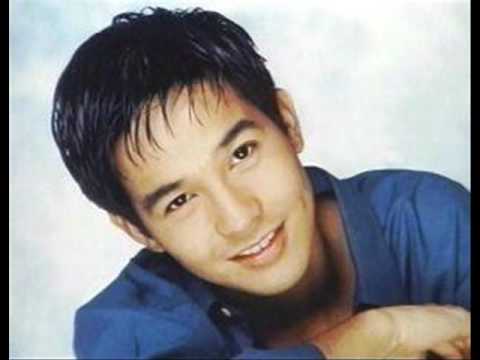 For our Top Spot, it’s got to be Rico Yan. So sudden. So unexpected. I’ve heard mothers were so saddened by his loss, they stopped seeing his mother studio ABS-CBN for life.

It was during the Holy Week and the talented actor was having the time of his life with his fellow WhattMen star Dominic Ochoa. Found dead in his hotel room, his death drove a dagger in many girl’s hearts for he was at the peak of his career.

Autopsy reports point to cardiac arrest. Others say its “bangungot”. Still rumors persisted that he commited suicide as many knew he was nursing a broken heart due to her failed relationship with rising star Claudine Baretto. Rumor mill has it that lady Claudine got pregnant but did away with Rico Yan’s baby as his folks did not approve of the relationship. Sounds feasible!

Cause of Death: cardiac arrest due to acute hemorrhagic pancreatitis

There you have it, folks. Talking ‘bout all these famous – but “pumanaw na” – people makes my spine tingle with creepiness. But no worries, I’m not gonna let any Freddy vs Jason thing get to you. At least not from this writer’s pen.

And once again, don’t hesitate to exercise your right to be heard. If you think I have fallen short in this little chitchat of ours.

Let me end with a quote from Beavis and Butthead, the coolest dudes on Earth:

“Hey Butt-head, I dreamed I was at school last night. Do you think that counts for attendance?”

Of course, that came from Beavis.