Well, if you’re really serious about finding a creepy creature in the dead of the night, we dare your braves to explore these. Seriously:

If you talk about ghosts, the hotel has been so notorious over time it has become a go-to place for those who seek an adrenaline rush like no other.

For its spookiness, the place is certainly no area for the weak-hearted; thrill-seekers better be ready not to go the heart attack route. Reports have it that headless priests among many other creepy paranormal activities have manifested in more ways than one in this mysterious hotel of sorts.

A quick look at history reveals that the hotel at the height of WWII was repeatedly attacked by the Japanese resulting in the untimely deaths of many priests who were killed in the most brutal manner along with innocent babies.

This place maybe a popular spot for school seminars and corporate rendezvous. But that does not stop the area to gain the uncanny reputation as most haunted.

A little travel back in history reveals that the place once saw the deaths of many a-indigenous citizen as it became a battleground during the American era. Legend has it that the souls of those warriors has never left this sought-after training camp.

Home of the future generals of the Philippines and named after one of the bravest general serving General Emilio Aguinaldo, General Gregorio Del Pilar, the Philippine Military Academy is one spooky place you don’t want to mess with.

The military training camp must be filled with extremely sad soldier deaths as in the dead of the night platoons of dead soldiers are reportedly seen on the grounds. And the buildings are no exception as ghosts of uniformed military personnel have been sighted. 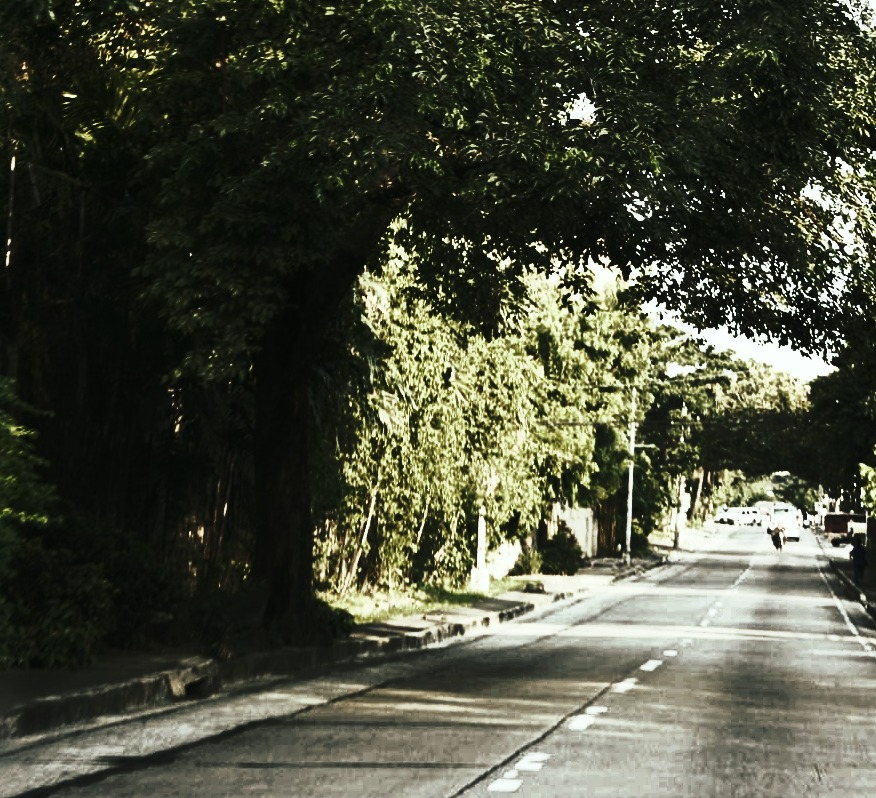 For starters, the place has a long line of big trees lining up and where Baletes abound, tales of horror sprout like mushrooms after the rain.

Over time the street has been avoided by pedestrians and drivers alike as rumors has spread of a ‘white lady’ hailing taxis and riding only to disappear after some time. Stories tell of a rape victim who was brutally murdered and dumped on the Balete Drive. 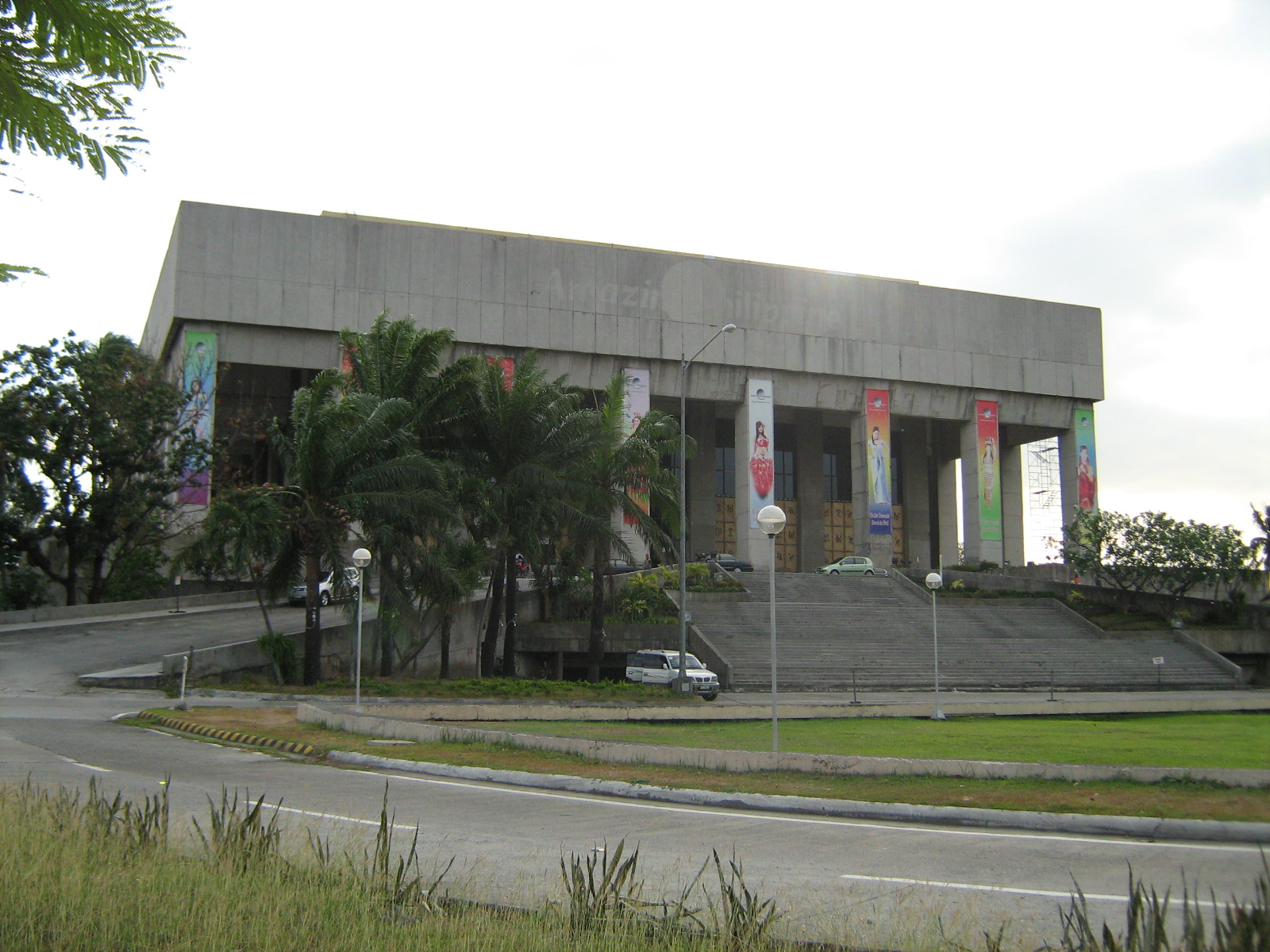 A most unfortunate fate awaited those who built this national structure in Pasay. Reports have it that while the building was being constructed the upper floor gave in burying workers alive in the fresh concrete below.

However, instead of attending to the dead, management ordered that the bodies be left buried covering it with another layer of more cement. You see, the orders came from straight up: Imelda Marcos who was the First Lady at that time. She did not want any delay to meet a tight schedule for an upcoming festival. Poor souls!

Many of those who got the creeps from this place tell the same story: They have heard the walls talk. Must be of those people who were not given due respect because of some deadline.

not only is this world-renowned school nestled at the foot of the utterly mysterious Mount Makiling, UPLB stood witness to countless number of merciless killings during the Japanese occupation.

It is said that out of the notorious Baker Hall – formerly a Japanese war camp – headless spirits appear, frightening an unlucky human but also bitterly reminding everyone of those fallen soldiers decapitated by the Japs. In the heat of WWII, Clark Airbase Hospital was the place of refuge for the dying and injured American soldiers.

Well, looking at the place alone is sure to give you the creeps. But don’t count my word to it. Rather, listen to what Ghost Hunters International has to say. The band of professional spiritistas has dubbed the place as “one of the most haunted places in the world”. Which means, we’re not just talking about a-haunted-hospital experience but paranormal activities that has been recorded which includes amongst many violent spirit voices and unexplained shadows.

A military fort that has stood the test of time, Fort Santiago is witness to thousands of soldier deaths. Built in 1593 as a strategic bulwark for the Spanish conquistadores, the fort changed hands a couple of times depending on the occupying foreign power, from Spanish to Americans to Japanese and back to the Americans.

Amidst all the power-grabbing ran the story of many soldiers on both sides of the line dying within the area. The ghosts that have been seen here come in the form of soldiers patrolling the night as actual guards on duty. Adding creepiness to that, many people have heard screams in the dead of the night said to be of tortured personnel, reverberating through the walls.

In matters of minutes the exuberance of youth and the joy of the moment was transformed into shouts and cries of chaos that left 160 people dead swallowed by fire on March 18, 1996. So much trapped emotions.

Such a horrible event, the Ozone Disco tragedy stays tops as the deadliest fire accident in the history of the archipelago. Must be the reason why up to this day, passers-by still claim the presence of ghostly figures dancing under the sound of heavy music beatings – even amidst the deserted building.

Oh, right. You didn’t expect this one. But remember this seat of the Philippine government has been since the mestizo President Manuel Quezon sat as the head of all earthly powers in Las Islas. As center of power, it’s no wonder spirits get attached to it. It’s their unofficial seat of their chaotic world.

Stories of first-hand experiences abound. Many tell of hair-raising experiences of seeing the ghosts of the late Magsaysay and Quezon. And if that is not enough to run a spine-tingling sensation up your back, sightings of paranormal creatures such as the black lady of Mabini Hall have been reported. So does the ghost of an American chaplain named Father Brown.

So next time you pay the President a visit, if you had that chance in your lifetime, do it in full daylight – and not when darkness has fallen.