In sports, few athletes has attained such global fame as our Pambansang Kamao, Manny Pacquiao. But truth to tell, along with the Pacman, another Pacquiao has caught the world’s attention, his mother Mommy Dionisia or for short Mommy D. And the Bisaya-speaking mom has become a darling of the Philippines in no time.

Mommy D. is painfully honest. No matter how she gets caught up in her Tagalog or English she delivers. It may not be the best grammar-wise – more often a combination of Bisaya and Tagalog – but you get the message. And she’s no pushover. Defending her son even from the likes of Senator Miriam Santiago. Yeah, you heard me right. Perhaps it is the combative gene of Mommy D. that has made Pacquiao such a lethal force. In time, she has become a force of her own, showing every Juan her genuine side. Walang plastikan. Making Planet Philippines laugh in the process. 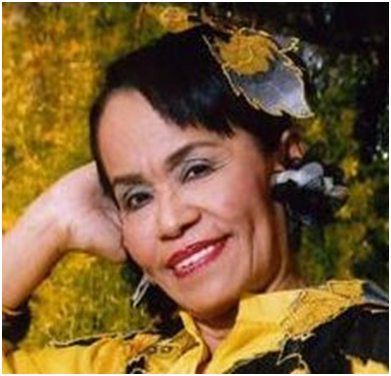 Folks, a feast. Ten of the most attention-grabbing Mommy Dionisia headliners to make it to the press today. 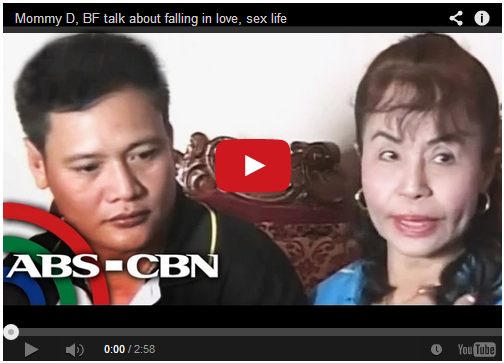 Just this October, GMANetwork.com reported that Mommy D. has in fact been living in with her 8th-month long boyfriend. Say what again? Yes, the 65-year old mother of Pacquiao who like Pacman is becoming a world icon, it being that her seemingly outlandish antics on the national kamao’s game has been dutifully plastered in TVs worldwide, is giving her new BF the chance of staying together with her in her house. In one roof.

Her BF’s name is Michael Yamson. People might just call her Michael Lucky for being in relationship with Mommy D is live winning the lotto everyday. Right? Or make that once a week, to be fair.

#9: Mommy D on sex with boyfriend: No problem diyan!

Whew! Mommy D is giving us another fast one. In August of this year, 2014, the wide-smiled mom of PacMan confirmed in a first on-cam interview with ABS-CBN that she has a new found love, Michael Yamson, a 38-year-old seaman.
Michael divulged how their love affair started when his ship docked in General Santos and he and his buddies decided to go for a karaoke bar. He recalled how he braved it through Mommy D’s bodyguards and how their relationship blossomed via text. And how he had to go through the needle’s eye having to go through a panel interview with the Mommy D’s brood, the Pacquiaos. And the barrage of tough questions which include: “Can he provide a comfortable life for Mommy D if her children will stop supporting her?”

What caught everyone’s attention however was Mommy D’s admission that their sex-life is not one that has encountered problems. Good to know Mommy D! 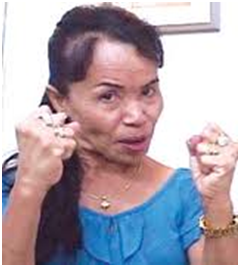 Well, what do you expect? In a YouTube report posted by ABS-CBN News Mommy D has officially changed her FB status to ‘In a relationship.’

She’s single so no biggie.

Ouch! The congressman from Sarangani divulged that his mom the ever-popular Mommy D cannot get married not because PacMan does not want it but because of legal issues: Mommy D is still married to his husband. Meaning not annulled. Incidentally, this hubby of Mommy D is not Pacquiao’s father but a lover before. Sounds complicated. And yes, let me know if I got that all wrong.

So it seems Mommy D’s hands are tied. At least in the eyes of the Pambansang Kamao. And then some. Mommy D. seem to be fuming mad over a disastrous hair waxing job in Boracay. According to her she “just wanted a bikini waxing” from one of the spas there so she can confidently stroll the beach with her BF. But to her utter disgust when waking up after an hour, all of her hair was gone. Meaning absolutely gone, even in the down under. Or the big V. Yikes!

Must be some misunderstanding but Mommy D. don’t want to take it all sitting down. Not with her de-crowned glory. 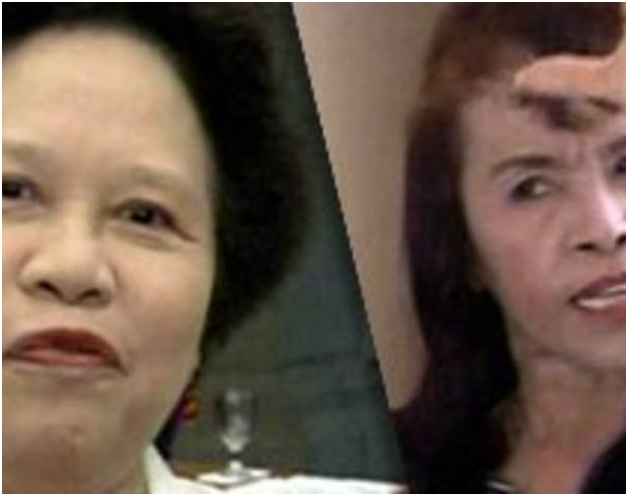 The poor mother was defending her son who was advised by Sen. Miriam to stay out of the Anti-RH debate (implying it was way out of his league.) PacMan was against the bill as he believes “God created man to multiply.” However, even when the boxer-congressman has indicated he had studied the topic as he was clearly outgunned and outwitted when he interpellated Rep. Edcel Lagman in Congress. Perhaps he should do some more reading. And who would forget that one fateful night, Mommy D. rocked the whole Las Islas Filipinas with her own rendition of that racy Miley Cyrus song “RikingBul”, I mean Wrecking Ball. With the most in-demand host today, Mr. Vice Ganda.
The result, the event immediately become viral the moment people heard of it. With a lot of spoofs. 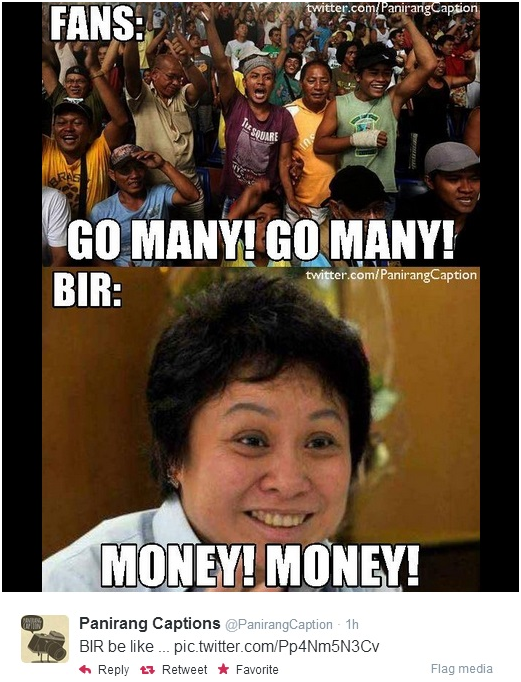 Not too long ago in 2013, Mommy D. focused the attention of her rage at the tax-collecting body. She feels so badly about the BIR antics of freezing her son’s assets when Manny’s wealth is “pinaghirapan. Pinag-agasan ng singot (pawis)” and not via stolen wealth. And that the body should be afraid as “God the father” Himself will strike them down and they should be afraid. 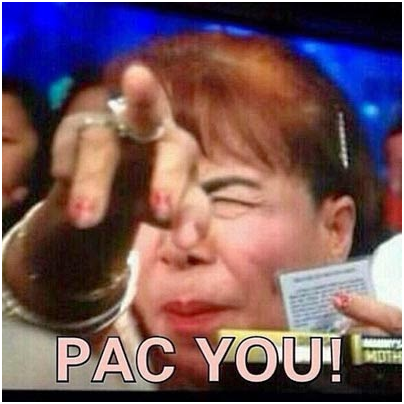 And who would forget Mommy D’s actuation when she was at the ringside watching her son demolish Bradley. Her hands, rosary in tow, were in the air pointing at the ring while viewers witness how she seriously uttered a series of words audible only to her. Was she wishing Bradley harm putting Pacman’s enemy under a voodoo spell? Turns out she was just praying to the Santo. Niño and not casting a spell as many thought.

#1: Mommy Dionisia Still Wants to Have a Baby with BF 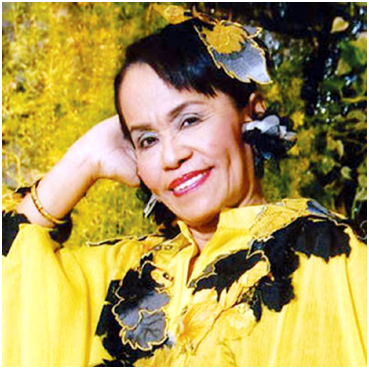 Ouch. Don’t laugh. This is no joke. The Pac-Mom is reportedly wanting to have a baby with her “honey” via artificial insemination. She said , “Gusto ko parang i-inject sakanyang semilya sa aking kuwan. I-inject na lang. Ayaw niya.

But her 6-month-old BF Michael Yamson, however, is against it since according to him pregnancy could be traumatic it could lead to her eventual death.

Folks, get the conversation started. Drop your 2-cents in the comments section below. Or tap the Quick Share buttons, it’s about time you give your fan-dom in social media a needed jolt.And prove to them you care too, even if it’s but once in a while.