His rise to super stardom has become the stuff of legend. From abject poverty of running barefoot to becoming the face of running itself in Las Islas Filipinas. No running athlete may have had left such a strong mark on every Juan other than Coach Rio de la Cruz.

His story is the story of the Philippines. His struggle is the struggle of the millions of Filipino who can barely find 3 decent meal in a day. And it is with his focus and determination can we hope to make this nation of 100 million Pinoys truly claim greatness once again. For many not having running shoes would have greatly discouraged them to participate in the running game. Not Coach Rio. For many not having enough financial resources would have been enough to discourage them to get a degree. Not Coach Rio. 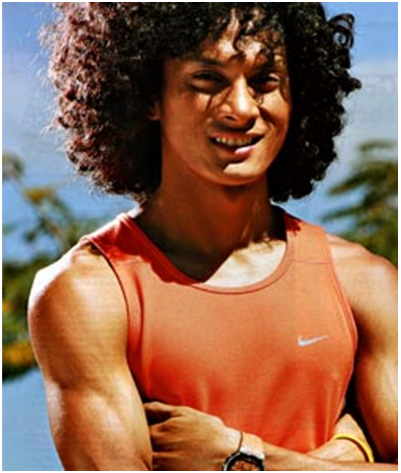 Ladies and gentlemen, allow me to present 10 amazing nuggets of information about the most celebrated runner in the Philippines today:

#10: He couldn’t afford running shoes so he ran without them – barefoot. 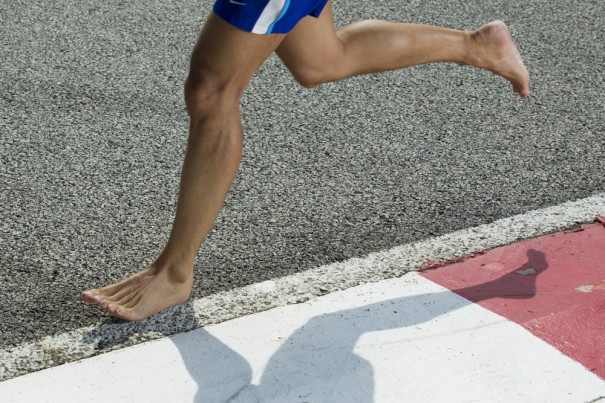 Back in his elementary days, Rio found his love in running. But he recalls his opponents then wore “spiked shoes”, something way out of his budget.

However, he did not let his financial handicap stop him from running and so he run without shoes. The up side is it felt lighter. Stroking his soles he adds laughing, “So mas kumapal yung, yung ano, balat sa ilalim.”

Luckily, a neighbor noticed his predicament and gave him a pair of hand-me-down shoes. Finding them too small, he cut the shoes by the toes to fit his feet.

After winning some races he bought his first set of shoes, Chuck Taylors, thinking the thick soles would last longer in a race. It was in sixth grade at Industrial Valley Elementary School that his future coach recruited him to play for Quirino High School, where eventually he got his high school education on full scholarship.

#9: He couldn’t afford to play computer games so he run. 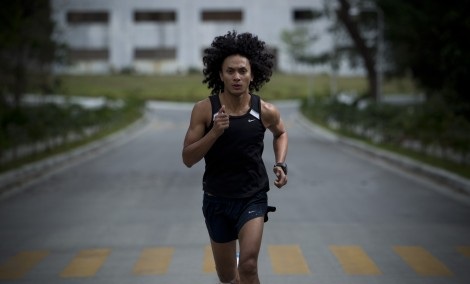 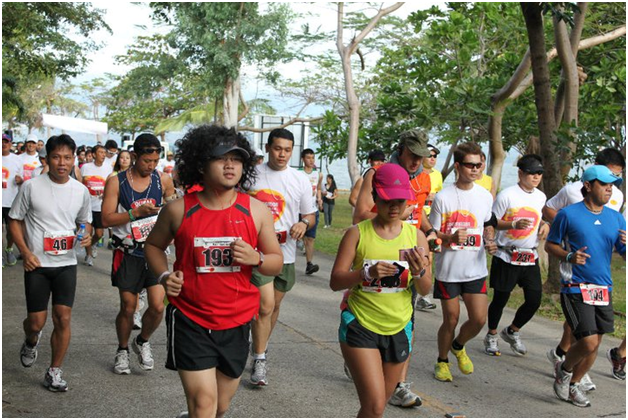 Being a competitive runner for UP (University of the Philippines), he followed a very focused training schedule and set himself apart from the rest.

The schedule meant he has to be running by 3 a.m. and go home by 6 a.m., time when he would hit the sack again to regain lost energy. By 10 a.m., he’d wake up, rearing to go to his classes.

#7: Running got him through school. 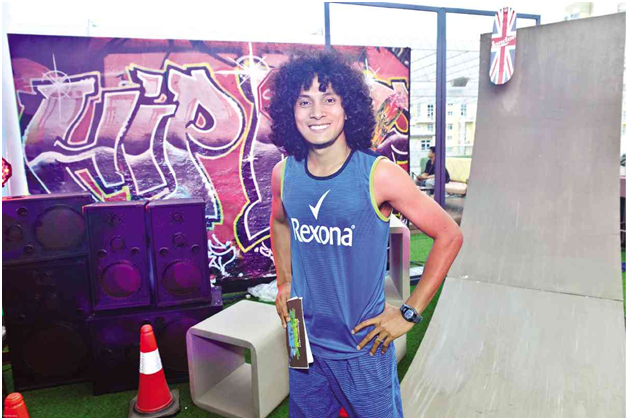 Running give him the means to finish his studies. “Yung parents ko, separated, at walang pang-support sa akin, so natakot ako baka hanggang high school lang matapos ko,” he discloses. Upon learning about scholars who were able to go to school via running he was ecstatic.

#6: In his third year in college, he won gold in all of his races. His hard work paid off. In his first year at UP, he won Rookie of the Year, an established a winning streak never before heard in the campus. Sophomore year saw him winning 1 gold and 1 silver.

The biggest surprise he gave his school was in his 3rd year when he won gold in all his races, a certified first in UP.

By 4th year, he somehow slowed down, needing to focus on his graduation duties. By that time his 50-50 focus on running and studies become 70-30, with studies getting the bigger part.

#5: His famous Afro did not come by chance. 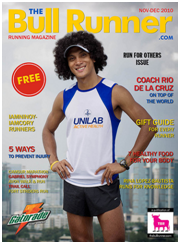 His most recognizable hair has made him even more famous. However, he grew his hair to hide a peso-sized bald spot found on the right side of his forehead. Only in college was he able to grow it as long hair was a no-no in elementary and high school. 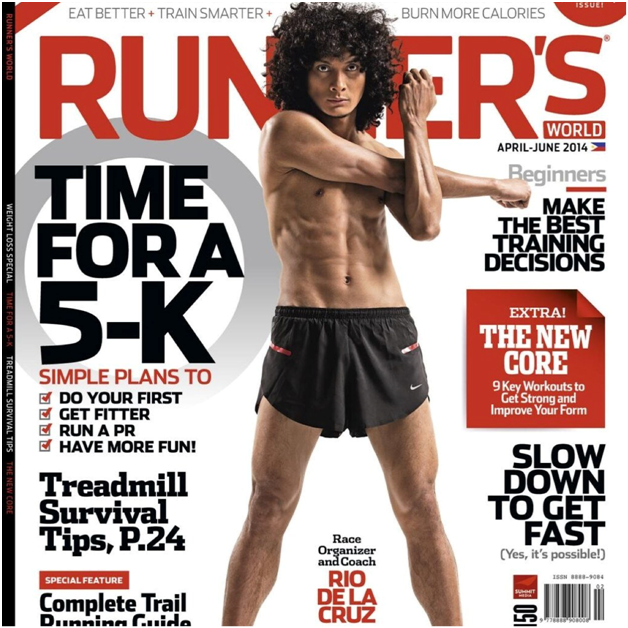 Graduating from UP with his Physical Education degree in 2007, coach Rio soon started organizing running events. His first had only 1,888 in number. But the crowd soon found him and he found business in what he loved most – running. Today, he has become the face of running with ads plastered all over TV for his races.

Because of his success he was able to help his older siblings. And though he is the youngest of 7, he found himself acting like the eldest since he is the most successful. Unfortunately, most of his siblings has not finished school so they help him in organizing his runs with many of them taking key roles (e.g., cooking, putting up of banners). And it was quite a challenge as he has 7 full siblings and 7 half-siblings with his father making a living as a carpenter. 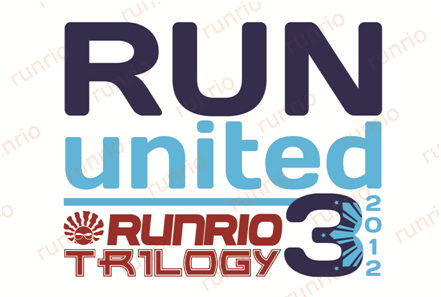 He has found a business in the field of his expertise in 2007 and named it Run Rio Inc. At first, he recalls he had to attend to his coaching duties waking up at 4 a.m. and coaching students by 5 a.m. up to 10 a.m., attend meetings in between and coach again by 5 p.m. up to 11 p.m. His soon found his body affected by the stress and he got sick. “Nagkakasakit na ako, kaya inisip ko kung ano ba talaga ang magiging focus ko,” he reveals.

That is when he one by one let go of his coaching duties and focused on organizing events. Up to this day. On the sides, he trains coaches and gave them clients he no longer can handle. 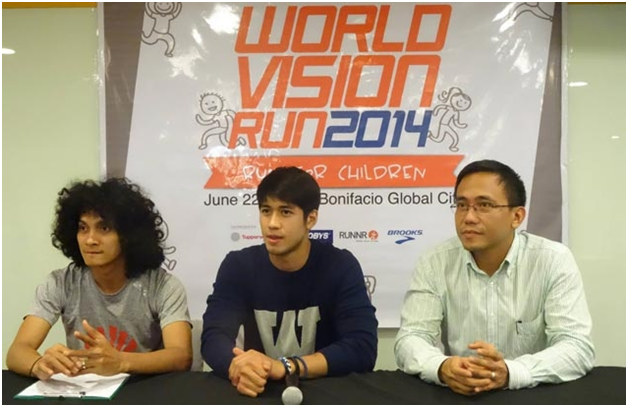 #1: Coach Rio is personal trainer to top personalities of the country. 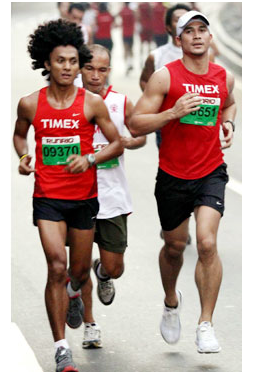 His clients include tycoon Fernando Zobel of the famous Ayala Group, Lance Gokongwei, the heir-apparent of billionaire John Gokongwei. Many budding actors have found comfort in his method of teaching coaching people like the Ultimate Hunk Piolo Pascual.